All Leftist Jews Want To Rule The World. Form Of Messianic Judaism

All Leftist Movements Want To Rule The World, Forms Of Messianic Judaism

The communist Jew Karl Marx who was involved in founding the communist movement said the following in a letter to Baruch Levy which was quoted in Review de Paris, June 1, 1928, p. 574 (the original version in French is the following  quote):

"The Jewish people as a whole will be its own Messiah. It will attain world domination by the dissolution of other races. and by the establishment of a world republic in which everywhere the Jews will exercise the privilege of citizenship. In this  New World Order the Children of Israel...will furnish all the leaders without encountering opposition..." 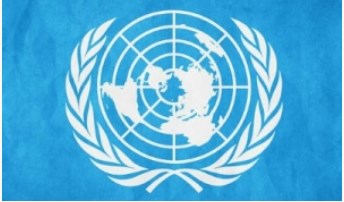 Prager: Marxism and All Radical Leftist Movements Are Secular Forms Of Messianic Judaism

The jewish ‘conservative,’ Dennis Prager, admitted during an interview on PBS to promote on of his books that “atheist” Jews who lead the radical movements of the political Left are actually still practicing a secular form of messianic Judaism:

“When Jews left Judaism, they stayed religious, but the religion they affirmed tended to be any form of Leftism rather than Judaism. This is not a condemnation. This is not an insult. This is a description.

Jews have been taught by Judaism to make a better world. That is the message of the prophets. And if they weren’t going to do it through monotheism, which is how we’re supposed to do it: ethically monotheism, teach the world that God is the source of ethnics and demands ethical behavior.

They did it through secular ideologies. They rejected traditional religiosity, and so the accepted a new religiosity which is secular. Many people have described Marxism as secular messianism. Here’s a disturbing statistic….the most pro-communist press in the 1930s outside of the Soviet Union or inside the United States was the Yiddish press.

Jews took a new religion for a substitute for Judaism, and that was, you name it, feminism, environmentalism, Marxism, socialism, and for some, even communism. But Jews love “isms”. Jews are to “isms” what Italians are to operas. They create new movements, and every one will make this great world, and instead of using their religion that came with being jewish.”

Evangelical Christians who blindly support “conservative” Jews who practice Judaism need to understand that radical liberals and radical Zionists are merely two sides of the same messianic coin.  Radical atheist Jews, through their Lefist political movements, are indeed helping bringing about the coming of the promised jewish messiah, just as the “religious” Jews are.  Both practice a form of Judaism, and both are monotheistic in the sense that they both worship the same god, that is, the jewish people themselves.

Like homosexuality, Judaism involves extreme forms of narcissism, or self-worship.  Their “messiah” will not descend from “the heavens,” but rather be born on the mean streets of New York City or war-torn Israel.  And it would be a mistake to assume that the jewish “messiah” will be a traditional “religious” Jew such as a black-hatted rabbi with food in his beard who merely appears to oppose the Jews in the radical Left.  Their moshiach could just as well come from Wall Street in a pin-striped suit, just as long as he is willing to destroy the last foundations of Christian society, the only thing left standing in the way of total jewish hegemony.

“The Jewish people as a whole will become its own Messiah. It will attain world dominion by the dissolution of other races, by the abolition of frontiers, the annihilation of monarchy and by the establishment of a world republic in which the Jews will everywhere exercise the privilege of citizenship.

In this New World Order the children of Israel will furnish all the leaders without encountering opposition. The Governments of the different peoples forming the world republic will fall without difficulty into the hands of the Jews. It will then be possible for the Jewish rulers to abolish private property and everywhere to make use of the resources of the state. Thus will the promise of the Talmud be fulfilled, in which is said that when the Messianic time is come, the Jews will have all the property of the whole world in their hands.” 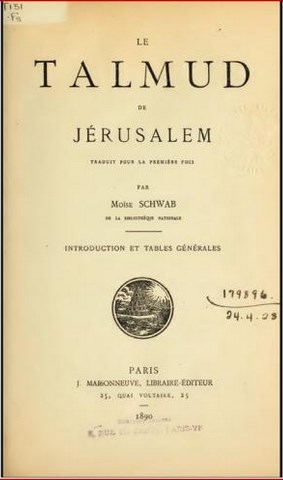 The whole Talmud consists of 63 tractates, and in standard print is over 6,200 pages long. It is written in Tannaitic Hebrew and Aramaic. The Talmud contains the opinions of thousands of rabbis on a variety of subjects, including law, ethics, philosophy, customs, history, theology, lore etc.

The Talmud is the basis for all codes of rabbinic law.” (3)

2. Abodah Zarah 36b. Gentile girls are in a state of niddah (filth) from birth

3. Jews May Rob and Kill Non-Jews, Sanhedrin 57a. When a jew Murders a Gentile ( "Cuthean " ), there will be no death penalty. What a Jew steals from a Gentile he

5. Attacks Christians and their books, Rosh Hashanah 17a. Christians (" minim ") and others who reject the Talmud will go to hell and be punished there for all generations

8. Yebamoth 63a. States that Adam had sexual intercourse with all the animals in the Garden of Eden.

All  the top quotes taken from www.answering-Christianity.com/Jews1.htm