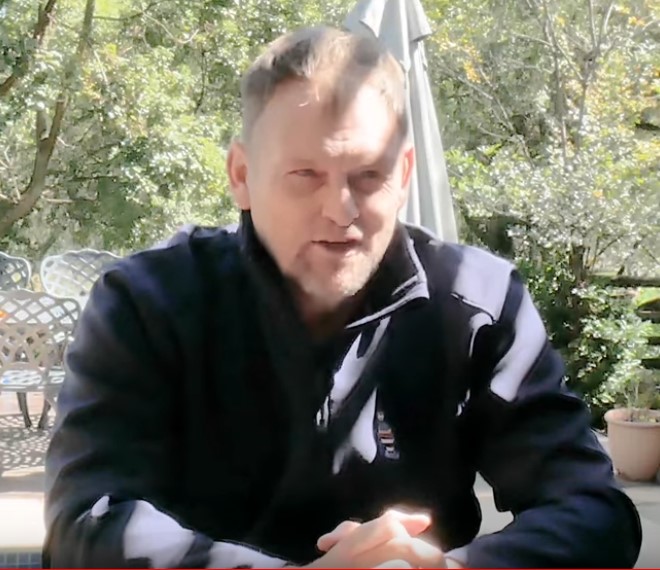 I'm a coloured I love Steve and totally agree with most of his views... He has great leadership skills and values... I think We in our community should get leaders of his caliber and can join him, We are facing the same kind of discrimination as the Afrikaners... We need to start standing together and work as a unit... We share the same cultures and language, We are practically blood related... Jan Van Reebeck is our forefather too, the ANC keeps on mocking and degrading him on their mission to destroy us and our heritage... A independent Afrikaans country can be be established, I think that's the best ideaand I have nothing but love for the boers.

I have voted NO in that referendum. But lets look at the real figures. At the start of 19th century blacks South Africans was found to be 3,5-million. By 1954, the African population had soared to 8,5-million. And by 1990, there were a full 35-million. During apartheid, black population grew apace however because they had the benefit of the Broers' medical knowledge and their excellent agricultural skills. Before Apartheid, in 1946, the average life expectancy of African South Africans was only 38 years. During the apartheid era (1948 to 1994), blacks’ average life expectancy had risen to 64 years. It was on a par with Europe's average life expectancy. Moreover, blacks’ infant death rates had by then also been reduced from 174 to 55 infant deaths per thousand. This was considerably lower than the rest of the African continents. According to the Human Rights Commission statistics, 21,000 people died in political violence in South Africa during apartheid. Of those deaths, the vast majority, 92%, have been primarily due to ANC / PAC killing blacks who disagreed. The white security forces caused only 518 deaths (5.6%) throughout this period. In the Apartheid South Africa, 7,036 people died per annum. In New ANC South Africa, 24,200 die per annum. Interpol figure for new ANC South Africa is 47,882.  http://south-Africa-pig.blogspot.com.au/2010/10/how-many-blacks-died-under-apartheid.html

Steve, Mandela was not a good man at all. He was just another puppet of The Crown - just like Malema is now. Those Brits are at practiced manipulating things behind the scenes. Did you not know that the Transkei was completely free and independent at the time that Mandela tool power in SA and that Bopututswana was with a couple of weeks of it;s own complete independence. Neither has any independence now and their minerals belong to a corporation called "The Republic of South Africa" which is not a republic but instead it is a corporation which is listed on the NYSE.

A good and truthful synopsis by Steve - I was there for Askari, and in 1974 I was also part of a clandestine force to get Portuguese settlers out of Mozambique - saw first-hand what communists did to dissenters, priests, teachers in religious schools and workers in Catholic hospitals. I came to believe then and still believe now that the shooting of any communist is a good and noble act.

We were sold out by De Klerk , I was also a leftist and voted Yes !!! I feel the same way Steve. We really were ignorant!!!!

I am reading an astounding and wonderful book "Ama Bhulu" by Harry Booyens. All Whites read it and especially all white people of South Africa. Your Boers, READ THIS BOOK at once. Your history is fascinating and great, noble and fine.

Will Smurf 1 year ago (edited)

Concerning the origin of Apartheid: South Africa was under British rule until 31 May 1961 and the actual system of Apartheid, where South African citizens were classified according to race and colour in their passports and areas were divided into "Europeans Only" and "Non-Europeans Only" was established under British rule after the end of the Second Anglo-Boer War and at least officially implemented under British rule in South Africa since 1920! This does not match up with the common false belief/ misconception that Apartheid, which is the Afrikaans term for "separation", is an Afrikaans invention from the National Party. Indeed Apartheid was constructed and implemented by the British! Winston Churchill, Cecil John Rodes and Jan Smuts each played very important roles!

Two British articles that give more insight and background: https://www.independent.co.uk/voices/apartheid-made-in-britain-richard-dowden-explains-how-churchill-rhodes-and-smuts-caused-black-south-1370856.html and http://www.bbc.co.uk/worldservice/africa/features/storyofafrica/12chapter5.shtml

From the first article, titled "Apartheid: made in Britain: Richard Dowden explains how Churchill, Rhodes and Smuts caused black South Africans to lose their rights" (https://www.independent.co.uk/voices/apartheid-made-in-britain-richard-dowden-explains-how-churchill-rhodes-and-smuts-caused-black-south-1370856.html):

"It was two renowned Englishmen, Cecil Rhodes and Winston Churchill, who at crucial moments planted the seeds that were to ripen into policies which deprived black people of democratic rights in South Africa. A third, Jan Smuts - an Afrikaner by birth who became a committed supporter of the British Empire - was also an architect of laws which were later to become the framework of apartheid." "He passed the first piece of legislation which separated white and black areas and in 1920 the Native (Urban Areas) Act which laid down the principle of residential segregation in urban areas, keeping blacks away from white residential areas."

From the latter article ( http://www.bbc.co.uk/worldservice/africa/features/storyofafrica/12chapter5.shtml ):

"South Africa was not the only part of the British Empire where racial segregation was practised. In Kenya and Rhodesia it was as thoroughly institutionalised as in South Africa. In other parts of the Empire it was more piecemeal and not written into the legislation."

#freetommy.Will the UK Citizens finally Wake up Now.For on the 18 December 2018 all United Nations signed for a One World Order.They have been flooding all First World Countries with Sharia Law Muslim.The World Bank ( Rothschild's) control the United Nations.Now every first world Country will have Sharia Law imposed on them.One World Religion.The One World Order is on the internet.The World Bank ( Rothschild's) 158 page Draft is on the interned.The One World Only wants 500 million people on the planet,also on the Internet.How can people of First World Countries be this Blind. Well done Tommy Robinson. There is a big difference between Sharia Law Muslims (30% ) who even want to kill the 70% Good Muslims ,who don't follow Sharia Laws.And the United Nations want to impose 30% Bad Muslims who want to kill you , as the new Religion.

parallel parking 1 year ago
Statement by Juju Mkize SRC president of University Cape Town. "South Africans are psychologically sick as a result of the violence inflicted upon the majority of the country’s people during the apartheid era ", President Jacob Zuma said. This lie is getting really old! The history of black South Africans has always been that of violence, death and destruction - NOT inflicted upon them by white people in this country. Shaka Zulu, during his 10-year reign butchered more than 2 million black people in South Africa, not counting the deaths during mass tribal migrations to escape his armies.
He had his warriors clubbed to death upon the merest sign of weakness.
He neither took a legal wife nor fathered a son, for fear that his heir would plot against him, and had his concubines executed if he discovered they were pregnant.
When his mother died, he massacred thousands of his subjects so their families would mourn along with him.
Shaka retained his throne through the worst kind of sheer terror, vast mass executions, torture and mindless butchery. His brother, Dingane, was no better. He took power after the assassination of Shaka and started his reign by butchering those loyal to Shaka. THAT, amongst many other horror stories of black-on-black violence, is the history of Black South Africa.
During the Apartheid years it was not better. Factional fighting and tribal conflict was again the main cause of violence and death amongst black South Africans. During the Apartheid era, from 1948 to 1994, the average life expectancy of black South Africans had risen to 64 years, on par with Europe's average life expectancy.
Infant death rates had by then been re duced from 174 to 55 infant deaths per thousand, higher than Europe's, but considerably lower than the rest of the African continent's.
The African population in South Africa increased by 50%. Deaths due to political violence during apartheid: 21 000 people died in political violence in South Africa during apartheid of whom 14 000 died during the transition process from 1990 to 1994. This includes SA Defence Force actions, for instance the 600 deaths at Kassinga in Angola during the war in 1978. Of those deaths, the vast majority, 92%, have been primarily due to Africans killing Africans, such as the inter-tribal battles for territory. During the period June 1990 to July 1993 a total of 8580 (92%) of the 9 325 violent deaths during the period June 1990 to July 1993 were caused by Africans killing Africans, or as the news media often calls it, "Black on Black" violence - hostel killings, Inkatha Freedom Party versus ANC killings and taxi and turf war violence. The security forces caused 518 deaths (5.6%) throughout this period.
During the transitional period, the primary causes of deaths were not security forces nor white right-wing violence against blacks, but due to "black-on-black necklace murders", tribal conflict between the ANC-IFP, bombs by the ANC and PAC's military wings in shopping centers, landmines on farm roads, etc. In this country TODAY (under black rule) as many as 18 000 people are murdered EVERY year. ...and those are the official statistics.
More than 400 000 people have been murdered in South Africa under ANC rule. The past 20 years have been the most violent in the history of this country since the death of Shaka Zulu...and NONE of it has anything to do with WHITE people or APARTHEID... but I guess if you repeat the lie often enough foreigners actually start believing the drivel coming from your mouth, Mr. Uneducated President !!!” Unfortunately people from all over the world believe the lies you have spread and wrongly blame the Whites for Racism!!

Chris duBruyn 1 year ago
We were all sold the idea of the 'Rainbow Nation'. If we just paid attention we would have seen their intentions - there is no white in a rainbow.

Gregory Keet 1 year ago
The skin colour laws are alive and not so well in SA. SA gov would rather hire mediocre "skilled" labour from Zimbabwe than allow it's own white people into jobs. Racism is huge in SA and its not the white people who are the racists. We are paying for the sins of the past regime.
Read 210 times Last modified on Saturday, 20 June 2020 11:19
Tagged under
back to top