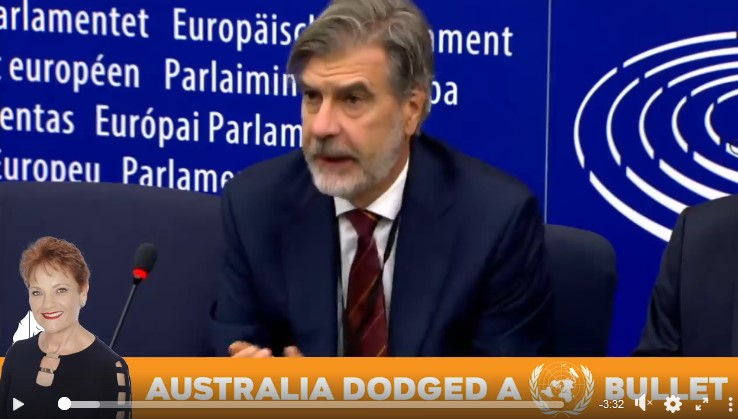 The agreement wants to criminalize all anti- migration speech.

Dutch Member of Parliament, Marcel de Graaff, is warning the public that the new U.N. Migration Pact which is scheduled to be signed by many EU nations at an upcoming summit in Marrakesh, will include provisions that will make any criticism of immigration or refugees criminal hate speech. At a public press conference for the European Parliament, de Graff stated the following:

Of course, no major media outlets which are controlled by the Jews ever “give room” to any serious criticism of their support of mass migration into Europe for the sole purpose of destroying it.  Jews want to make any and all of their critics subject to criminal prosecution, which is exactly what they did when they invaded and took over Russia in 1918.  The criminalization of their critics worked 100 years ago, so they are going to continue with the same game plan until the goyim push back and say no.

What motivates the Jews to flood White Europe with Arabs and Blacks is pure, unadulterated hatred of the White race and Christianity, but in typical jewish fashion, they accuse their opponents of the hatred that they themselves are guilty of.  In a jewish-controlled society, there is no real debate of the facts allowed; rather, any dissident voices are crushed with ad hominem attacks and smear campaigns.  Those that don’t back down will be thrown in jail until they get a proper “attitude adjustment.”  Without naming the Jew, that is exactly what de Graaff is implying in his warning.

Australia dodged a bullet over the past week, with Scott Morrison ruling out Australia joining the Global Compact for Migration.

The deal would have meant no one could criticise immigration or you would face criminal charges, including media.

The Global Compact for Migration would have stripped Australia from having a say on how many people come to this country. Instead, immigration levels would eventually be set by the UN.

While Scott Morrison has finally said NO to signing the deal - Bill Shorten remains silent.

AUSTRALIAN'S DO NOT WANT THIS GLOBAL COMPACT FOR MIGRATION! IT'S DANGEROUS AND SLOWLY ERODES AWAY OUR SOVEREIGNTY.