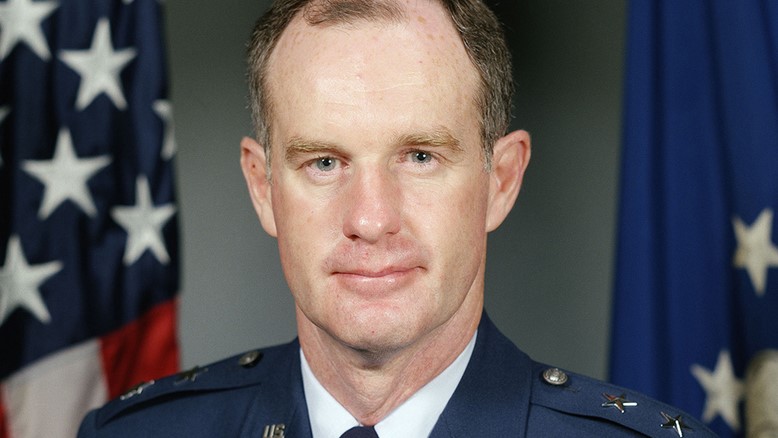 Brannon House of WVWtv.com has published another bombshell interview with retired 3-star General Thomas McInerney, who is openly calling on President Trump to recognize severity of the cyber war assault on America by invoking the Insurrection Act, suspending Habeas Corpus (as Lincoln did) and initiate mass arrests under military authority.

The original, full interview is found at this link from WVWtv.com. We have posted a six-minute summary of the video highlights below, via Brighteon.com.

This call by Gen. McInerney, a highly-accomplished military veteran and loyal patriot, appears to be stemming from a realization that much of the existing government has gone rogue and is now colluding with enemies of the nation. State governors have gone rogue, court judges have gone rogue and state election officials have willfully engaged in coordinated, treasonous election rigging in order to achieve the overthrow of the executive leader, President Trump.

CanWest, the Canadian media firm that owns 45 per cent of TV3, casually announced on Monday that it is to sell its shareholding in TV3, which is otherwise owned by Granada TV (43 per cent) and an Irish company, Windmill Lane (which owns the remaining 12 per cent).

This announcement is regarded as merely of passing interest, and indeed, why should it matter which foreign multinational owns the largest stake in the only commercial television company in the State (that is of course assuming RTÉ is not "commercial", which of course is not true)? Anyway aren't most of the other media owned by foreign or domestic corporations?

The national newspaper business is dominated by Independent News and Media plc, which is controlled by someone who lives somewhere in the Caribbean, we are told (and who rejoices - for once the cliche is appropriate - in the affectation of a British title).

Rupert Murdoch controls the Irish Sun, the Sunday Times and the News of the World, and Thomas Crosbie Holdings (now a sizeable Irish-owned corporation) owns the Irish Examiner and the Sunday Business Post, along with several provincial newspapers and radio stations. Associated Newspapers, which publishes the Daily Mail in the UK, owns Ireland On Sunday and Metro and will soon launch the Irish Daily Mail.

In radio, State-owned goliath RTÉ has three of the four national radio stations, but almost all the other stations are foreign or corporate owned. Today FM was bought by the British Emap company recently. UTV holds the largest commercial radio market share in Ireland.

It may seem self-aggrandizing on the part of someone in the media to make this claim, but I think it is true: the media is where it is at. It used to be that the three great transmitters of ideology were religion, education and the media. Now, with religion parked for the time being at least, and education faltering, the media is the main transmitter of ideology.

In other words, we have allowed foreign and corporate-owned media to run our country, our society, and our minds.

It will be argued that we have bulwarks against this in RTÉ and The Irish Times. But increasingly, both go along with the neo-liberal herd; for instance, with the "concern" that Iran is acting irresponsibly over its decision to develop nuclear energy, although it is in breach of no treaty or convention in so doing. Neither challenges the presumption of the US, Britain and France, all armed with stockpiles of nuclear weapons, in threatening another nation with dire consequences if it even hankers after the prospect of having a few nuclear weapons, nor their collective silence over Israel's possession of nuclear weapons.

Poverty and inequality will always be with us. Those who complain about police corruption almost certainly have subversive or criminal agenda. Organised crime is the collective criminality of small-time criminals, not the collective criminality of banks, or stockbrokers or large public corporations. Of course dissident voices are permitted, even encouraged in this media environment, but more as an assurance of the fairness of the media than as a realistic balance to the overwhelming weight of the main media message.

It is entirely within our power as a society to stop this. We could have a rule that no single legal entity, be that a person or a corporation, own or control, directly or indirectly, more than a single media outlet in our country, subject to a few very rare exceptions. It would mean The Irish Times trust could continue to own The Irish Times (and long may that endure), but that's it. It would mean the break-up of Independent Newspapers and of RTÉ and Rupert Murdoch could decide which of his media should be available here. Yes, there might be problems with EU competition law, but does that have to be a trump card? This would open the way for diverse media voices, reflecting not just competing corporate interests, but competing values, ideologies, interests and agendas. We should not allow our democracy and minds to be subverted by corporate media.