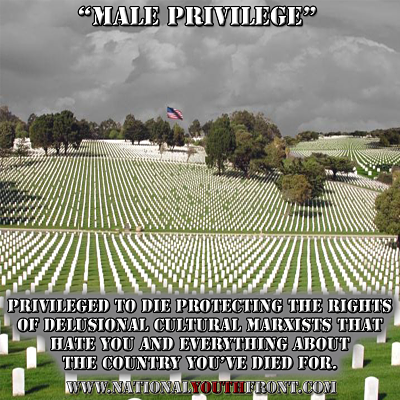 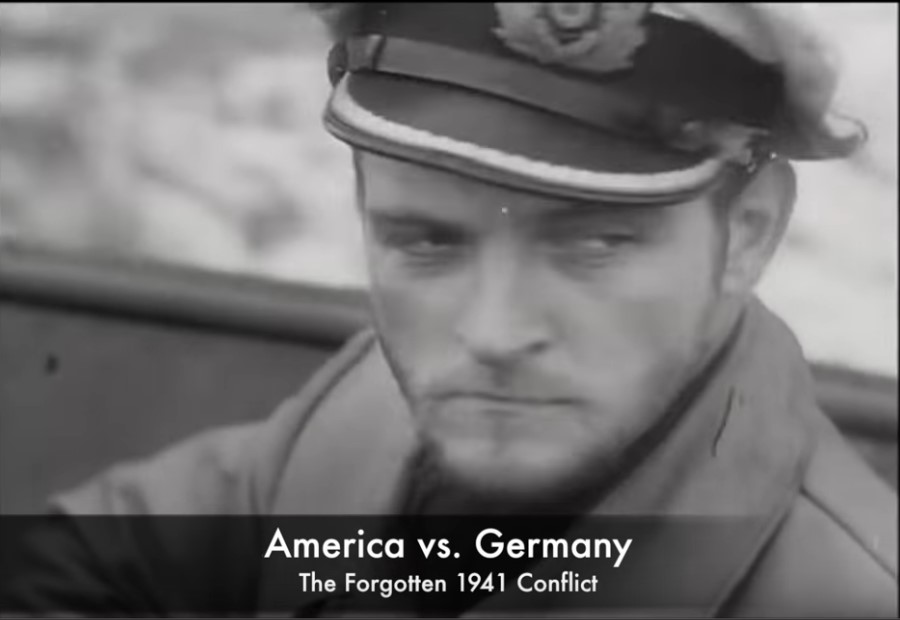 During 1941, the United States and Germany fought each other in the Atlantic, even though the US was neutral and not yet in WWII. Find out the full details.

America vs Germany 1941 - The Forgotten Conflict

"In the modern age of democracy and volunteer armies, a pretense for war is required to rally the nation around the flag and motivate the public to fight. That is why every major conflict is now accompanied by its own particular bodyguard of lies. From false flag attacks to dehumanization of the "enemy," here are all the examples you'll need to help debunk a century of war lies."

Debunking A Century of War Lies

Many people in Western countries think they live in a democratic free speech society but the following is true; "Freedom of speech is fine as long as you do not do it in public," we must realize we do not have free speech on mainstream media yet We the People  are conditioned to think we have free speech. The mainstream media does not talk much about bankers and secret organizations working behind the scenes with government officials who have the finance and power to influence changes and cause wars.

The New World Order Globalists control the media in most Western countries and have been involved with war mongering over hundreds of years. They do this because the bankers and other elites control the media and use wars to gain power and profit from countries who do not wish to be involved with them.  Our young men and women are killed in needless wars believing they are fighting for their country, when in fact, they are giving up their lives so a small few can gain power at their expense.  The graveyard image (pictured right), is a stark reminder of the senseless death of soldiers due to conflict.  They say that soldiers should not question but do as they are ordered.  This type of thinking has led to millions of lives being lost in wars and we need to make changes.  During World War I, around ten million people died and during World War II, it was around 59 million.

The following quote by Kissinger, Secretary of State in the US Nixon and Ford administrations essentially sums up the attitude of the Establishment:

“Military men are just dumb, stupid animals to be used as pawns in foreign policy.”

Governments are the instigate of wars and are the real killers and have a history of war and many people have paid the price with suffering and death, while the ruling Establishment has committed Democide against "We the People" many times throughout history.  The CIA in the United States, Israel and Britain have help and finance terrorists such as ISIS in the Middle East who kill innocent people and allow the ISIS killers to come and live in Europe. 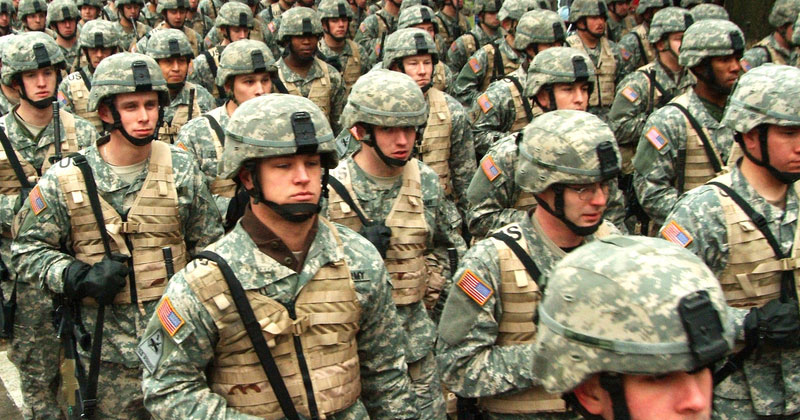 Breaking the Silence in Israel.

Many soldiers, in most cases, have no idea what caused the war and what they are actually fighting for. The reality is, they are fighting for a few selected elite who have the power to start or stop   wars. In an effort to recruit people, governments, and their armed forces have romanticized the idea of war to the youth through their marketing campaigns. For example, allowing the public to view their equipment out on display.  The impressionable youth do not see the horrific realities of war due to the controlled media by the Globalists.

The Power of Humanity

World War I began in August 1914, and by December any hope of a quick victory by the allies over the Germans had faded.  Fighting was at its peak along an area called the Western Front.  During the first year of the war, unofficial ceasefires took place along the Western Front at Christmas 1914 and both sides stopped fighting and met in the open country to talk and play games.

The documentaries and movies relating to the memorable truce on Christmas Eve 1914  was a great example of what is possible when the power is taken away from the powerful elite in a war.  Eventually, the high commands on both sides prohibited such fraternization and men were ordered to resume killing.  If orders had not been given to resume and/or if the men on all sides had decided in the trenches not to resume killing, the war may have been stopped there and then.  As one commentator said, "these truces will never happen again in war."

Christmas Truce of 1914, World War I - Christmas is for Sharing - Sainsbury's

This war that was supposed to be over by Christmas...imagine if all of them sat down and didn't resume fighting after the truce, then the war would have ended by Christmas.

The common people don't want war. The Second World War German leader Like Hermann Göring said: "Naturally, the common people don't want war; neither in Russia nor in England nor in America, nor for that matter in Germany. That is understood. But, after all, it is the leaders of the country who determine the policy and it is always a simple matter to drag the people along, whether it is a democracy or a fascist dictatorship or a Parliament or a Communist dictatorship. That is easy. All you have to do is tell them they are being attacked and denounce the pacifists for lack of patriotism and exposing the country to danger. It works the same way in any country."

If all soldiers were educated enough to analyze the futility of war and question their leaders, under a people's democracy such as a (CIR) where people could vote whether to go to war or not, there may be many fewer wars.

In the United States, a Sheriff can stand for election and be voted in by the people. I believe the same thing should apply to top military leaders, to stand for election and their loyalty would not be to the government but to "We the People" who elected them.  The  Sheriff Mack Power of the County Sheriff Part 1 are accountable to the people, not the government.  We are proposing that leaders in the army, navy and air force be elected every six years or so.

World Wars I and II Videos

Can Wars be Stopped? 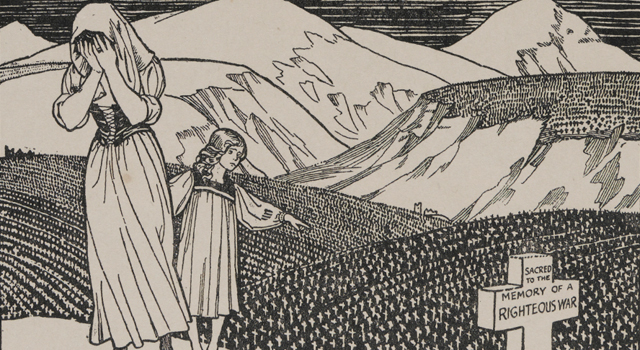 I think it is possible to stop many wars.  Here are some suggestions:

1. Take the power away from the elite and give the power to We the People through the  Citizen Initiated Referenda (CIR). Switzerland's direct democracy

2. People's Commission must have control over the Federal Reserve Banks to stop the banks financing wars.

3. People must have control of the media and bring it under the Citizen Initiated Referenda (CIR).  This is to ensure that the media stops promoting pro-war decision making.

5. Dismantle multicultural, multi-racial societies because it always leads to internal and external conflicts.

7. Expose secret societies and race hate organizations because many are involved in activities which lead to racial conflict and wars.

In Remembrance – Rhodesia & Other Countries 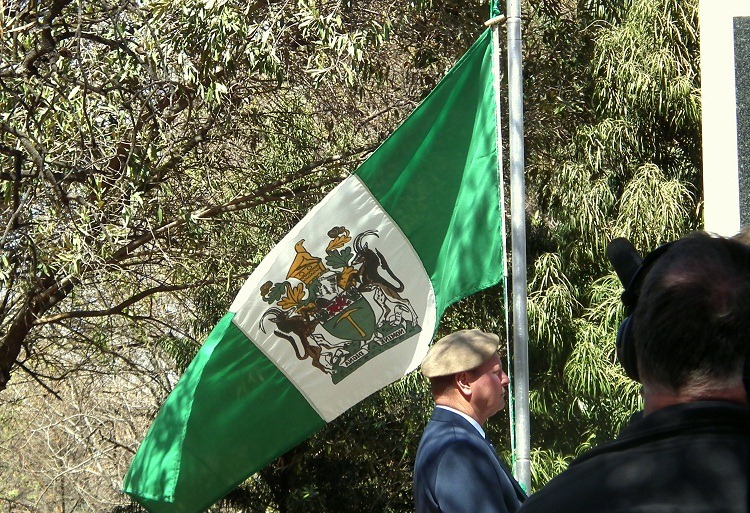 The Globalist Establishment which rules the Western world does not care about "We the People," they believe we are only animals to be used in war.

The European (whites and Boers) in Southern Africa, and former Rhodesians (Zimbabwe) who fought for the Globalist Establishment (British Empire) all over the world and died for nothing, because today these Europeans have no country of their own in Southern African.  Former  Rhodesia now called Zimbabwe was ruled by around 290,000  whites and about 4 million black Africans.  Most whites have now left Zimbabwe, or have been murdered.  Today many of them are forgotten by the Globalists and majority of the people.  The Globalists want to replace the majority of people in their countries within a lifetime with other races and cultures.  This results in civil wars, making the world unstable.  The Globalists must be removed!  The leading Globalists are traitor gentiles and anti-Semitic Zionists, many are false Jews.  The following videos are in remembrance of those Europeans, black Africans and other races who fought in world wars.  We must remember these Europeans have lost their countries, former Rhodesia and whites in South Africa do not have a European country of their own in Southern Africa.  The picture on right is the former Rhodesian flag.

The Fall of Rhodesia

The following videos to commemorate  people who died in wars

We have been conditioned over time to commemorate people lost in wars but rarely commemorate our ancestors who suffered and died in conflicts from the dawn of our European Caucasian history.  We have some videos below, some real war films and actual - re-enactments of real wars going back to the dawn of our history so next time you are commemorating people killed, thank your ancient ancestors and Australians, United States, Canadians, British, Russians, Germans etc. who died in wars.

The Falklands War - The Untold Story

The Lighthorsemen (1987) - Australian 4th Light Horse Charge
Dedicated to all of those who died and were injured on the 91st anniversary of the (so-called) last successful cavalry charge in history on 31st October 1917 at the Battle of Beersheba during the Sinai and Palestine Campaign of the Great War.  This includes the men of the Australian 4th Light Horse Brigade and the Turkish soldiers.

Generation War - Friedhelm's Charge | HDA
Clip from the movie Cross of Iron in which the German rearguard positions are overrun.

There are European men and women from South Africa who fought for the British Empire and in the Second World War against Germany.  They are mainly forgotten and how they suffered injury or died for nothing because today they do not have a country of their own.  Since the end of Apartheid, many white South Africans have been living in poverty.  It is incredulous that when the whites ruled South Africa, the nationalist/ conservative  government did not build a separate part of South Africa as an independent country for whites. The video below from 2006 is a story of how 25% of whites in South Africa live in poverty and they have no rights;  Apartheid has been reversed against whites.

In Commemoration of those who lost their lives in Middle East Wars to save their countries from Globalist-Zionist-backed ISIS: 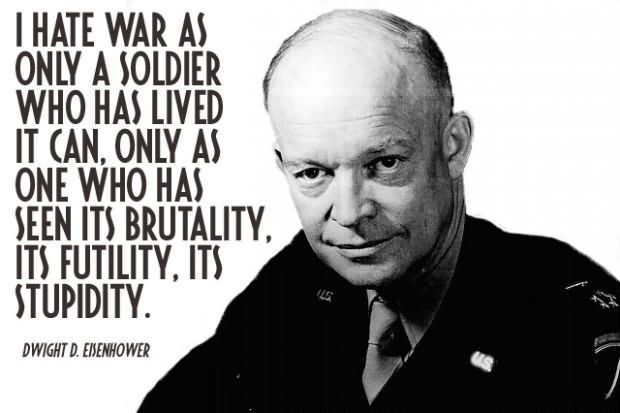 The best way to stop people getting involved in wars is to show them the killing and destruction which results from war.  The Globalists in Western countries want to undermine the Middle East because they want to control the considerable oil and gas reserves there.  The trouble for the Establishment is that many of the leaders in the Middle East, such as the Syrian government leader Assad are not cooperating!  So the Establishment needs to bring him down and replace him with someone who will co-operate.  Western Governments have helped set up and finance various terrorist groups, one of which is ISIS to bring down the Assad Government.  For more information look at our article on the Origins of ISIS.

Tanks with GoPro's™ , get destroyed in Jobar Syria ♦ subtitles ♦

The destruction of the ISIS convoys:  Terrorists try to escape Iraqi gunships

Who started the Syrian War

The Real Syria Story No One Wants You to Know About

What the Media Won't Tell You about Syria

Who Started the Ukraine war

True story of Ukraine Civil War (from the people of Donbass)

Who's pushing Trump to go to war with China & Russia?

What the Media Won't Tell You About Iran

This video about Rothschilds, banking financing and starting wars 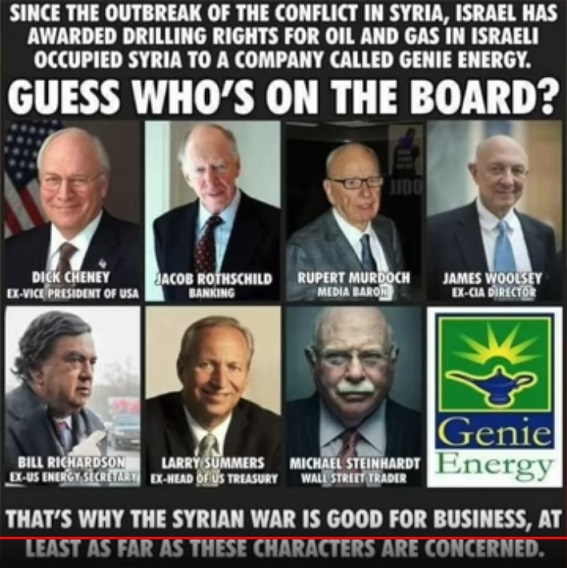