Read All of The Trump Administration's First Term Accomplishments Update 3. 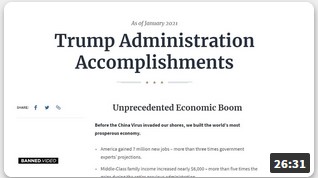 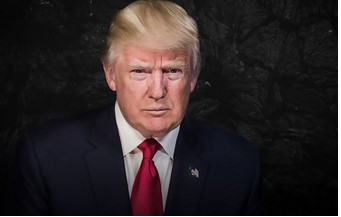 Trump is our Legitimate Presitent
Who is Donald Trump – REALLY? Find out here! 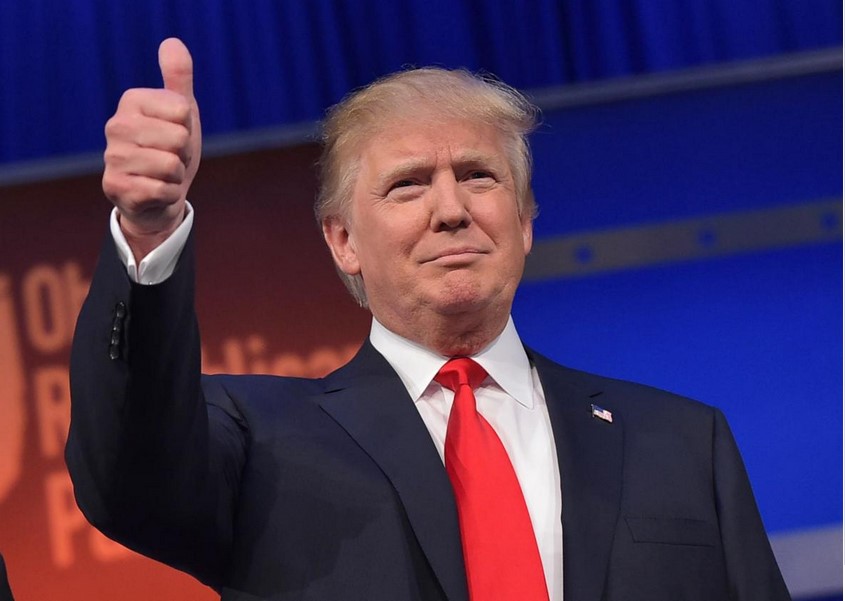 WAYNE ROOT: I Stand with President Trump, We Will Always Stand With Trump
Quote from the above article below


"Par for the course. This is the same media that has ignored the remarkable outpouring of love and support for President Trump for four long years. They just make believe it doesn’t exist. My event with 10,000 attending is certainly Exhibit A.

Exhibit B is the emails I’ve received in the past 48 hours, all since the Trump march on Washington DC and the tragic events that unfolded at the tail end. If the media thinks they’ve turned Trump’s supporters against Trump, if Democrats think they’ve won and demoralized us, if the RINO Republican establishment thinks they’ve killed the MAGA Movement, I have news for them.

My fan base represents the groundswell and pulse of the national Trump movement. My show isn’t just a Las Vegas show. It is syndicated across the United States of America by USA Radio Network. My fans represent 74 million Trump voters. Here are the valuable takeaways…

1. All of them still love and support President Trump.
2. All of them strongly believe the election was stolen by Democrats.
3. The overwhelming majority now distrust, and in many cases, despise the GOP for abandoning President Trump.
4. Almost every letter I received asked me to put a group together to form a new “Patriot Party.” They want President Trump to play a leading role.
5. They will never again trust, watch, or read anything from the mainstream media. The media has killed itself. You’ve lost all your credibility and half your audience.
6. They will never trust the election process ever again.
7. Democrats are evil tyrants out to destroy the Silent Majority. Censorship and draconian policies will be drawn up to destroy us, take away our income assets, freedom, guns and free speech. The GOP leadership is made up of cowards. It’s up to us to fight for ourselves. That’s why the media is demonizing Trump and all of his supporters. To intimidate us into not fighting back, or speaking up.

That’s the reality of what 74 million Trump supporters and voters believe moving forward- whether you like it, or not. And anyone who refuses to listen or understand is a fool." 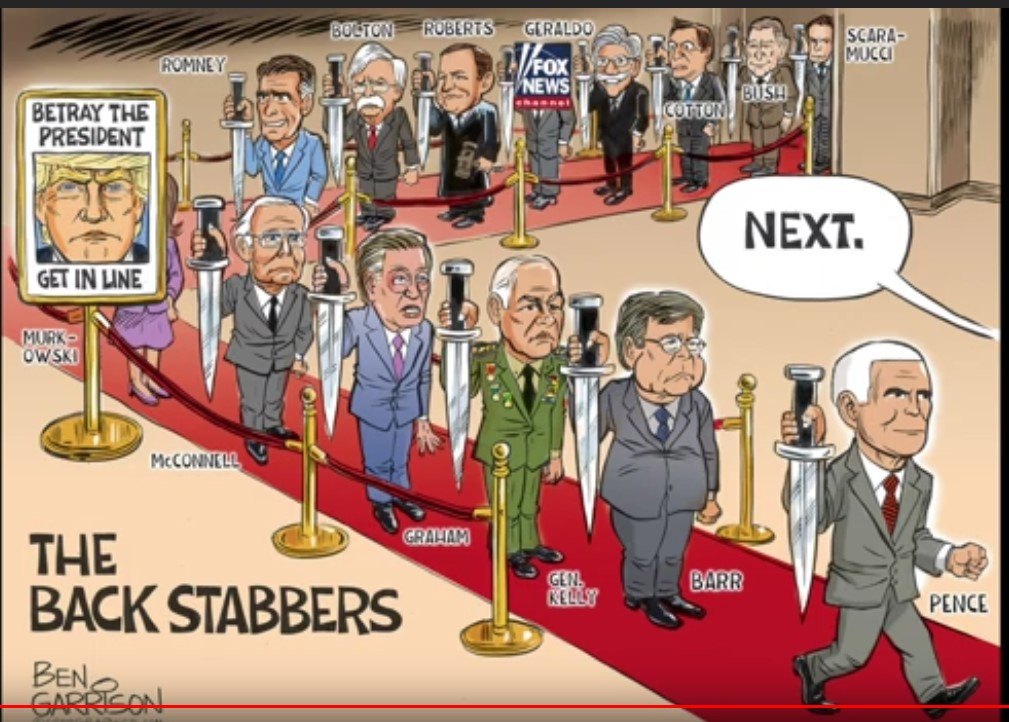 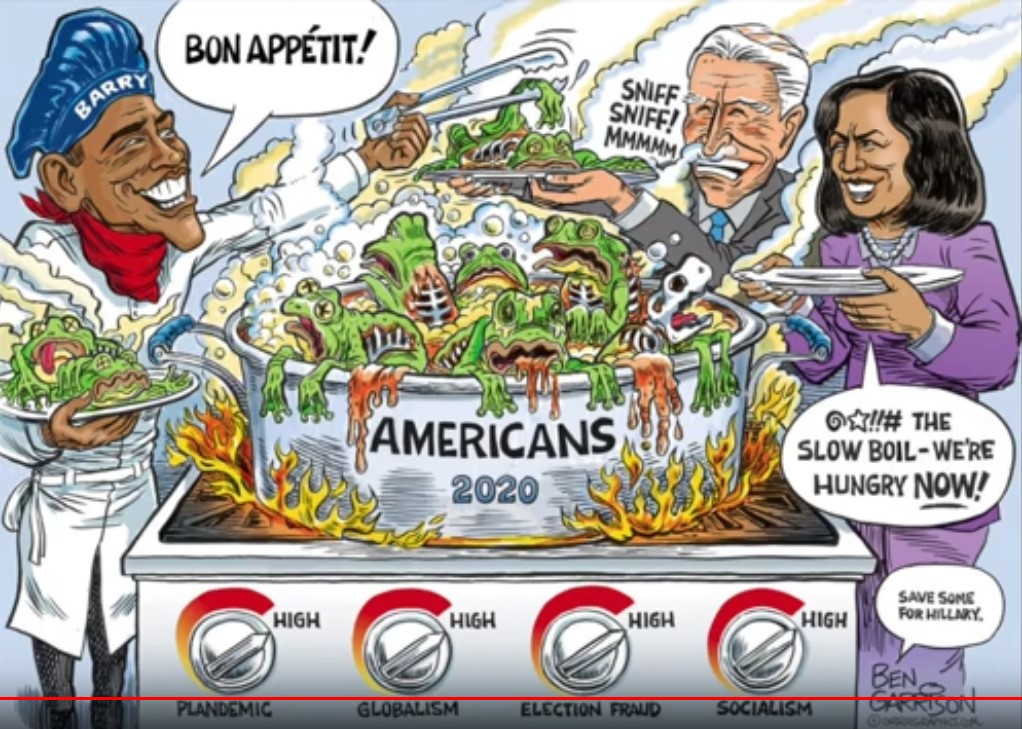 I was at the rally at The Ellipse and marched early to the U.S. Capitol building on the west side. I had to leave following one of the first tear gas grenades that exploded that sound like fireworks. I also saw the Capitol police officers confront the advancing protestors climbing the top of the stairs (after breaching the larger platform) to beat up with baton and threatened with stun rifle to lay down on the ground of the middle-top stairs to handcuff for immediate removal, after arguing with protestors and shouting orders at protestors climbing and standing on top of the larger platform to retreat and step down. I filmed and photographed on the top of the 3 feet tall platform at the stairs.

Cartoons courtesy of Ben & Tina Garrison at https://grrrgraphics.com/ Please support them with your donation. 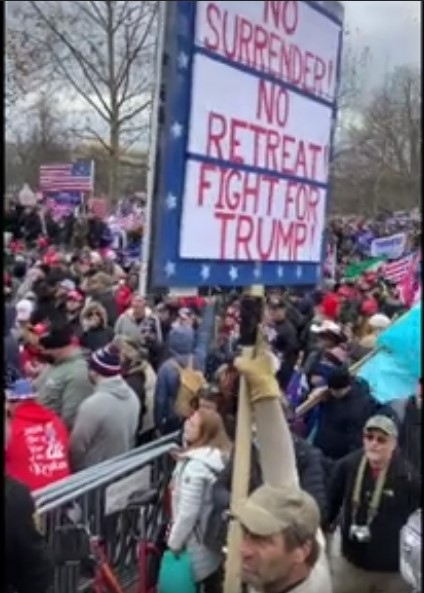 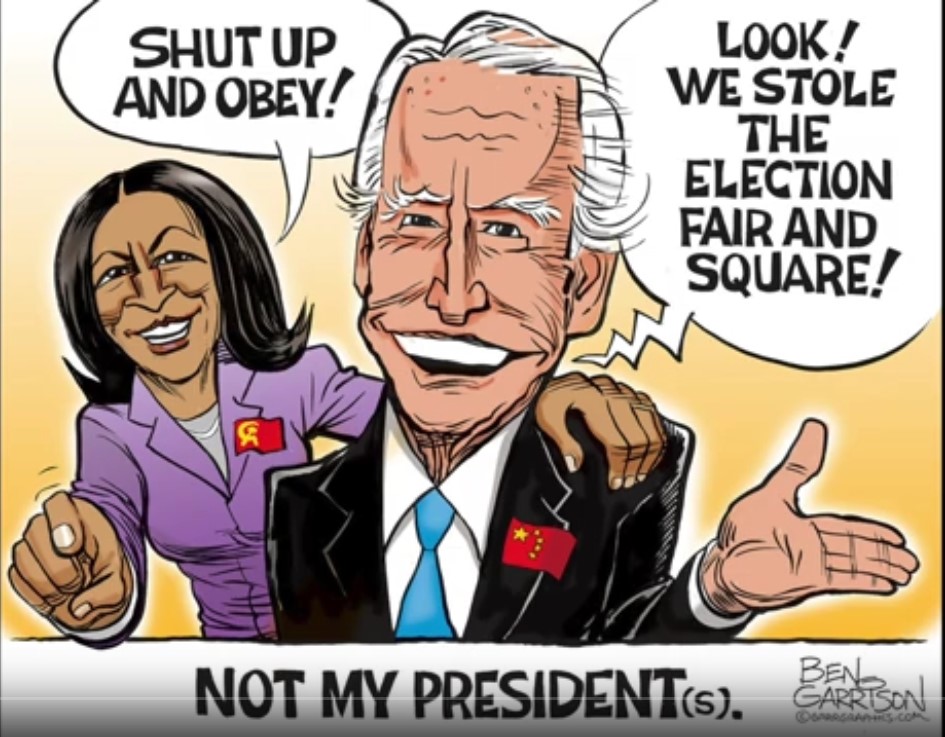 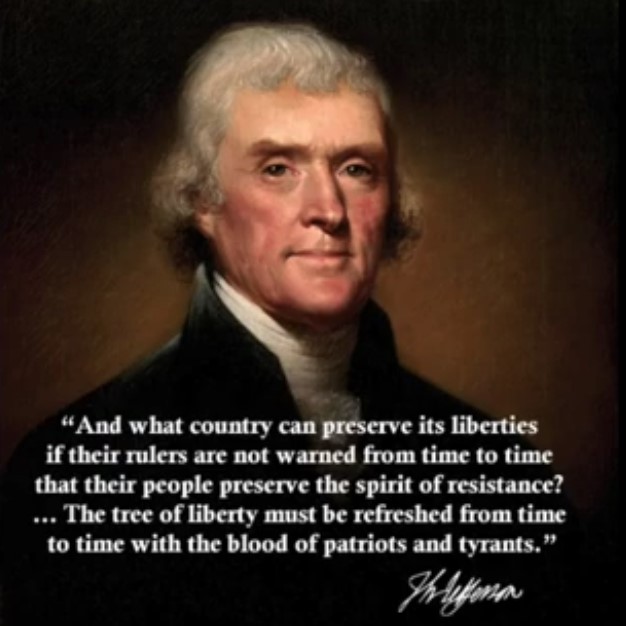 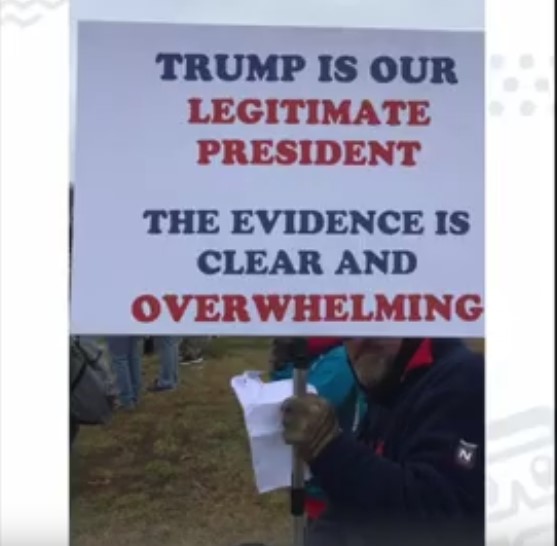 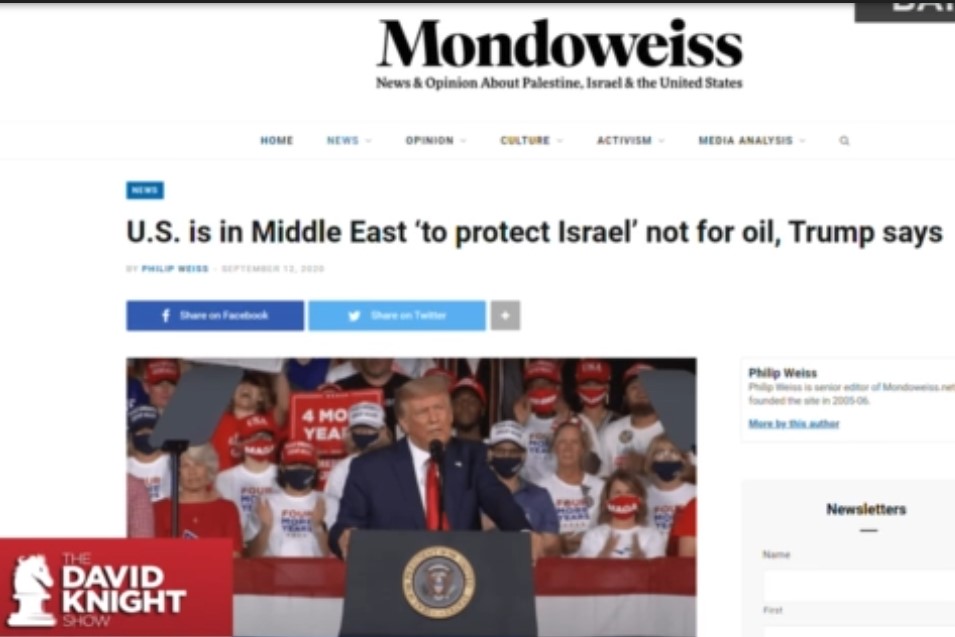 The Lost Opportunities of the Trump Administration

The Lost Opportunities of the Trump Administration

You Will Cry After Watching What Trump Said.

When you look at the thousands of dead Americans, hundreds of thousands wounded, trillions spent and nothing but chaos left in the wake, you have to wonder why the controlled left and right are against Trump fulfilling his campaign promises to bring the troops home. Remember Obama banned the press from showing the coffins coming home and now Twitter, Facebook and Google are trying to suppress this video, only you can help break the electronic Berlin wall. Share it now!

"When I came home from Viet Nam there was NOBODY to greet me and say welcome home.  EVERYONE I met wanted to spit on me and call me names.  I gave up thinking of myself as a US Air Force Veteran.  I also gave up thinking of myself as a US citizen.  I am now MYSELF and live my life without consideration of my citizenship.  I am NOW a citizen of nothing and live my life accordingly.  I take care of "Myself" and since my wife died, I see myself as an individual of NO country and where I live is my home and nothing more.
I have lived in many other countries but am accountable only to myself.  My uniforms are hanging in there rear of my closet.  I look at them occasionally, brush the dust off and stick them back in the rear of my closet.
I travel the world when and where I want and NEVER talk about the past.  I don't think of "then".  I just think of what I am doing today and what I will probably do tomorrow.  I have lost ALL of my friends and now all I have to cling to is my dog as my Only friend.  The rest are dead to me.  When my wife died I lost the last person in my life.  NOW I only live with my dogs because THEY do not pass judgement and love me for who I am. "
Can't argue with these facts. Troops being moved, shuffled, reassigned. Some coming home? Sure. Can't keep troops deployed forever. But this was read from a teleprompter. The men and women he speaks of, families notified...they gave everything. Now...bring them ALL home. Garrisoned and training to defend our country, not UN globalist interests.  The truth is that our troops are global pawns. Give meaning to your words, president Trump...bring them all home. 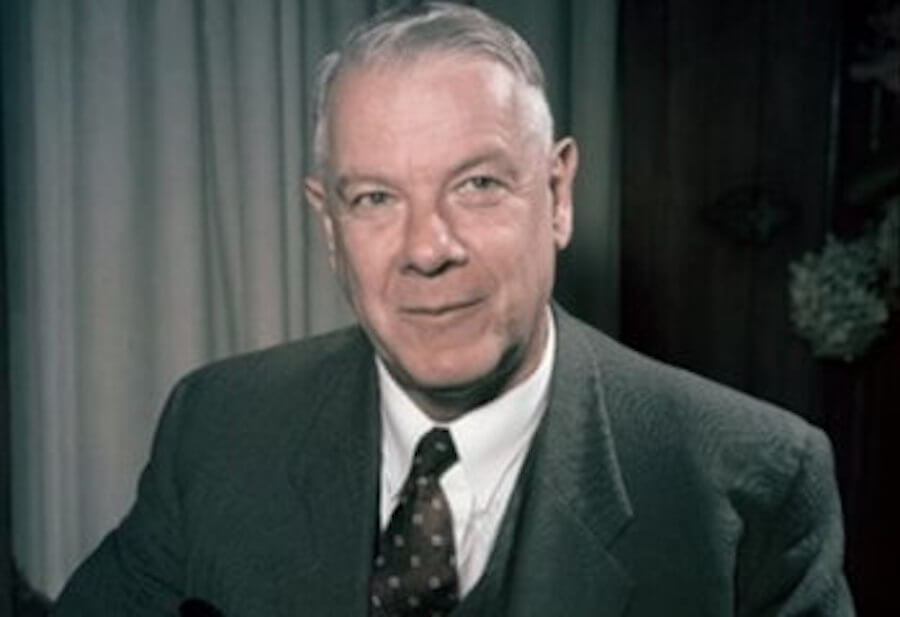 There is far more than meets the eye when we consider what has led to the awful plight for Whites in South Africa: Stephen Goodson’s 2017 book …