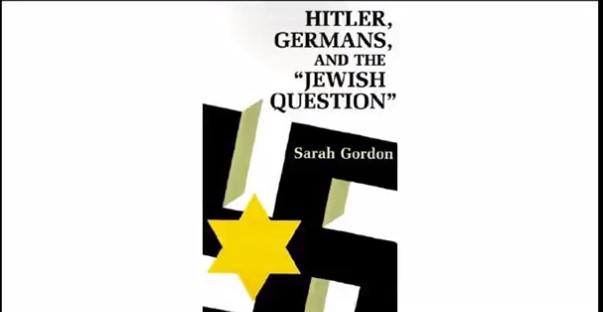 To What Extent Was ‘Jewish Power’ in 1920s Weimar Germany A Thing?

CLIPS FROM THE SAME VIDEO: To What Extent Was ‘Jewish Power’ in 1920s Weimar Germany A Thing?: https://www.bitchute.com/video/RcztVEAiSaLC/Briefly: Germany 1930s: The Connection Between The National Socialists, Marxists & Jews: https://www.bit... 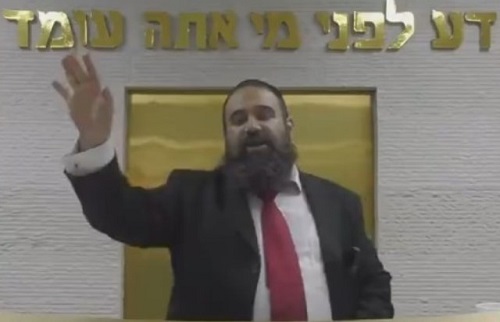 When Hitler came to power in Germany, out of ten media companies, seven was Jewish run. The media in Germany today is constantly attacking the German people, calling them Nazis, racist, and they're responsible for the gassing of six million Jews. I suspect the government-funded media has a  Zionist Jew or gentile traitor CEO, and most of the other media in Germany is Zionist run.

Hitler also removed Jews from banking and stop interest on loans for the German people.

“Jewry has come to wield a considerable power in the Communist Party.”
Dr. Avrahm Yarmolinsky, in The Menorah Journal (New York), July 1928, p. 37

“Karl Marx, who came from an old family of rabbis and brilliant Talmudic scholars, was to point the path of victory for the proletariat.”
L. Rennap, Anti-Semitism and the Jewish Question (London, 1942), p. 31

“Among his [Karl Marx’s] ancestors were Rabbis and Talmudists, men of learning and keen intellect.”
Henry Wickham Steed, in The American Hebrew (New York), December 9, 1927, p. 206

“The Bolshevik Revolution has emancipated the Jews as individuals”
Dr. Avrahm Yarmolinsky, in The Menorah Journal (New York), July 1928, p. 33

“There are many Bolshevik leaders of Jewish extraction”
D. L. Sandelsan, in The Jewish Chronicle (London), February 20, 1920, p. 22

“There is no Jew who does not hope with all his heart that the Soviet Union will survive and be victorious”
Zionist Review (London: Zionist Federation of Great Britain and Ireland), September 26, 1941, p. 7

“Communism and internationalism are in truth and in fact great virtues. Judaism may be justly proud of these virtues”
Harry Watan, A Program for the Jews and an Answer to All Anti-Semites (New York: Committee for the Preservation of the Jews, 1939), p. 80

“If the tide of history does not turn toward Communist internationalism … then the Jewish race is doomed.”
George Marlen, Stalin, Trotsky, or Lenin (New York, 1937), p. 414

“The [Jewish] Commissaries were formerly political exiles. They had been dreaming of revolution for years in their exile in Paris, in London, in New York, in Berlin, everywhere and anywhere. They saw in the Bolshevist Movement an opportunity of realizing the extreme ideas of Communism and internationalism to which their fate had compelled them.”
Dr. D. S. Pazmanik, in The Jewish Chronicle (London), September 5, 1919, p. 14

“The Jewish people will never forget that the Soviet Union was the first country – and as yet the only country in the world – in which anti-Semitism is a crime.”
Jewish Voice (New York: National Council of Jewish Communists), January 1942, p. 16

“Anti-Semitism was classed [by the Soviet Government] as counter-revolution and the severe punishments meted out for acts of anti-Semitism were the means by which the existing order protected its own safety”
The Congress Bulletin, (New York: American Jewish Congress), January 5, 1940, p. 2

“The part which Jews play in the [Communist] Government of the country [Russia] does not appear to be declining”
Harry Sacher, in The Jewish Review (London), June-August 1932, p. 43

“The Jews have a right to subordinate to themselves the rest of mankind and to be the masters over the whole earth. This is the historic destiny of the Jews”
Harry Waton, A Program for the Jews and an Answer to All Anti-Semites (New York Committee for the Preservation of the Jews, 1939), pp. 99-100

“We Jews, we the destroyers, will remain the destroyers forever. Nothing that you will do, will meet our needs and demands. We will destroy because we need a world of our own.”
Maurice Samuel, You Gentiles, page 155

“The Russian intelligentsia . . . saw in the philosophy of Judaism the germs of Bolshevism – the struggle of … Judaism versus Christianity.”
Leon Dennen, in The Menorah Journal (New York, July-September 1932, p. 105

“Soviet Russia has declared war on Christianity, and on those who profess this faith. In the Russian villages today Bolsheviks and Herbert H. Lehman . . . were called the ‘secret government of the United States’ and were linked with ‘world communism.’”
Dr. Louis Harap, in Jewish Life (New York), June 1951, p. 20

“The decision to nationalize this library (in 1917) was made by the first Soviet Government, whose composition was the 80-85 percent Jewish. These government bureaucrats were guided by the ideological considerations and supported… arrest and suppression.” -President Vladimir Putin. In June 2013, in a courageous speech before the Jewish and Tolerance Center in Moscow.