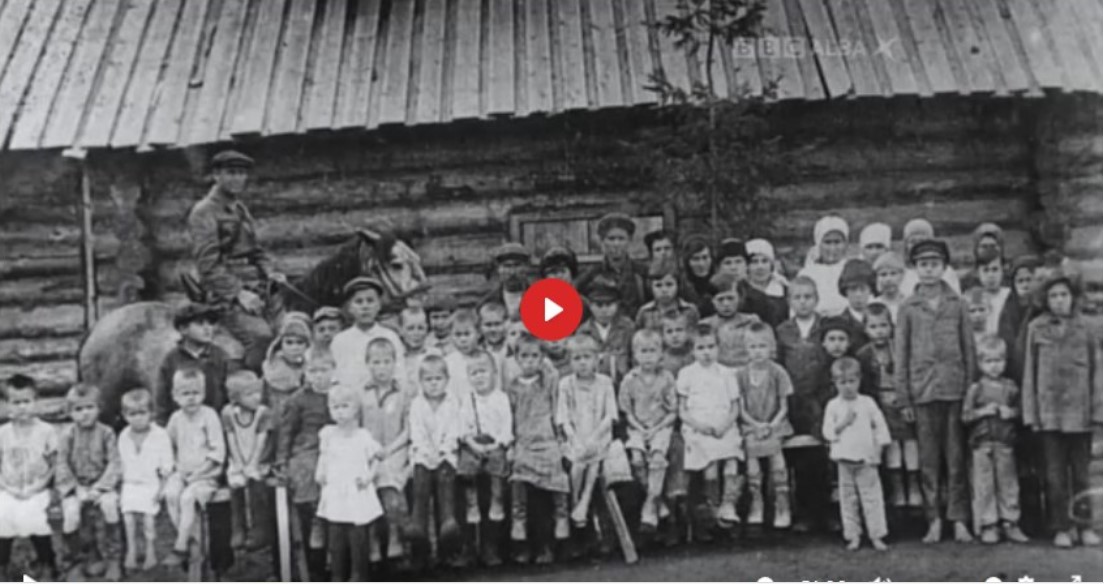 Children of the Gulag

The former Soviet Union ruled by "Stalin, hundreds of thousands of children were born in or sent to, the gulags. Children as young as three could be considered dangerous counter-revolutionaries and taken to the wilds of Siberia. Condemned for 'coming from the worst stock', these children were separated from their families, abused, neglected and starved. Over time, more and more babies were born into the hell of the work camps. They grew up never knowing their families or homeland, believing that every child in the world lived the same way. Gaelic title is "Clann nan Gulag".

Out of the thousands of children that were sent to the gulags, a percentage of those children would be of Jewish faith — many who were born inside the gulags or sent there, regardless of age were considered counter-revolutionist.