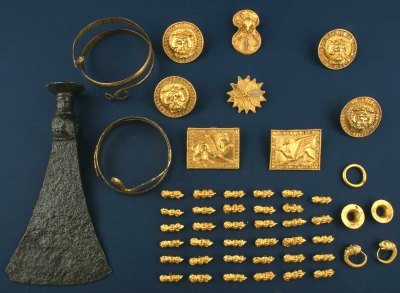 For thousands of years, tribal indigenous White Europeans moved all over Europe, and the Eurasian Steppes and many Europeans today cannot deftly say which tribes they came from.  What we can say is:  the majority of Europeans are from the Slavic, Latin, Celtic and German tribes.

From tribes to Prince Rurik and Russian Revolution, this is a compilation of the first 5 episodes of Epic History TV's History of Russia.

Scythians were Indo-European Indo-Iranians. The First Indo-Iranian peoples were White European in appearance. They were around 6 ft tall (very tall for then), 60 percent blue eyed, green eyed, 40 percent brown eyes, brown to blonde hair, red hair, etc. Scythian tribes lived on lands from Eastern Europe over the Russian Eurasian steppes to boarders of China.  Turkic-Mongols Asians migrated into those Scythians central Asian lands over a few millennia, and because of interracial relationships the many pure white Scythian were replaced by racial mix Euro-Asians and Asians. Scythian-Mongol makeup today in central Asia around half of the DNA is between the two peoples. They converted their culture and languages to a Turkic one around 1400 BC. Almost all pure Scythian European tribes in the Eurasian steppe converted to Slavic cultures.

This lecture deals with Iranian speaking Nomads of Eastern Europe.

Nomadic Tribes of Eastern Europe and the Steppes (Lecture 16)

This video is about the Scythians. One of the first horse cultures on Earth.

The Scythians tribes on the Russian Eurasian steppes.

Horse Lords: A Brief History of the Scythians

Scythians and sarmatians and Alani were not Turko mongol racially but had similar pastoral nomadic culture they were white European racially as you can even see in their art.

The Scythians women  is where we got the Idea of the Amazon Warriors .

The Scythians spoke an Indo-European language and lived in Eastern Europe  They were not the forbears of the Mongols.

The facial type of the Scythians and Sarmatians

Scythians and Sarmatians are simply earlier designations for Russians and Slavic colonists of vast Eurasian regions. Scythians / Sarmatians have never disappeared to we call them Russians.

Few remarks: 1) "Scythians" should not be pronounced 'SSITIANS' but 'SKITIANS' (not to be pronounced 'skaitians') just as "Celtics" is pronounced "KELTIKS" but not 'SELTIKS'. 2) Scythians are a branch of Thracians, both names are given by the Greeks to actual Bulgarians, i.e. these are one and the same people called differently, just like today Germans, Deutsches, Alemanni and Schwabs are different names that represent one and the same people. 3) Scythians and Thracians have IDENTICAL believes, customs, artefacts, way of life, CULTURE! 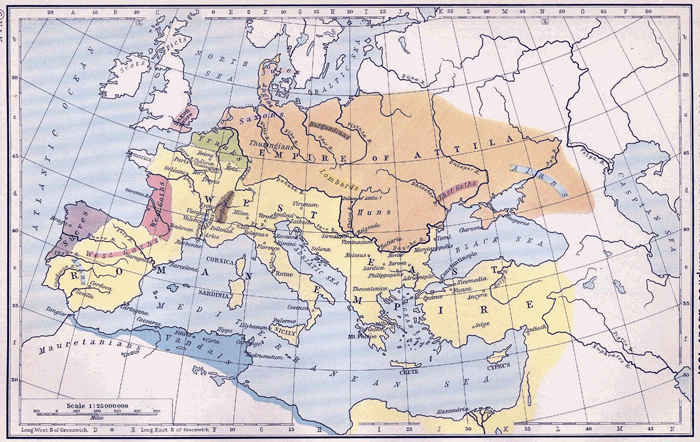 Top left picture Thracians craftsmanship.  The Ancient Thracians are another example of why Europeans should be proud of their heritage.  Ancient Thrace was a group of Indo-European tribes who settled in South East Europe between the Aegean and Black Seas.  They had a strong identity with their culture and were key players in regional conflicts in their area during the fifth Century BC.  They became a powerful kingdom in their own right after the unification of a number of Thracian tribes called the Odrysian state.  They were involved in exchanges between the Greeks, Macedonians, Persians and Scythians.  All are well known for their wine making and exemplary gold craftsmanship.  They were the aristocrats of their day.

The Bulgarian Government has unearthed a number of archaeological sites from Thracian civilization, including exceptional tombs showing both 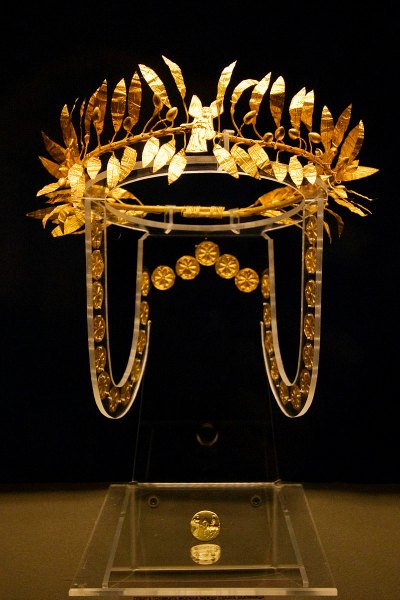 the social, cultural and economic wealth of their Kingdom.  One of the most important findings from this research is the stunning quality of craftsmanship the Thracians displayed with gold metallurgy.

The Gold of the Thracians

The Thracians, a Hidden History

"Slavic European Caucasians are the largest  indigenous Indo-European ethnic- linguistic group in Europe are indigenous to all Europe but many live Central and Eastern Europe.  Slavic's speak indo-European Language of the Balto-Slavic language group"

Video about first Slavic tribes, before Slavic countries were founded, those areas were inhabited by approximately 75 Slavic Tribes.

Slavic People and Nature
This video shows the Slavic people's love of nature and the culture of Thracian Macedonians who are of Slavic origin.

European people called all nomadic steppe warrior people who attacked European lands "Tatar" this is why many people confuse Mongolians with modern-day Tatars. Hungarians where also called Turks in European chronicles. Doesn't make them Turks. People often times didn't know who their enemy was and used old terms, for example Chinese people called all nomadic invaders "Huns". The original people that were called Tatar by the Europeans where actually Mongolians and some kipchak Turkic people who raided Russian/European lands due to the rise of the Mongol empire. What also played a role is that Tatar sounds like tartars (hell), this is used in order to demonize the raiders. Over the time the name "Tatar" stocked and the kipchaks who settled in modern-day Russia even before Mongolians came, became "Tatars". Modern-day Tatar people in Russia and Europe are kipchak Turkic people with a slight Slavic and Mongolic influence. THEY are Turkic. Mongolians are Mongolic and belong to a different group than Tatars. (edited)

As a Mongolian, Mongol and Tatars were known as north Tungusic nomadic tribes with neighboring and clash each other, actually came with ancient Otuz Tatars root. Tatars are not turkic they're became turkic after golden Horde collapse and settled in Cuman turkic territory.

Wrong, bro. They were forced to be referred as Tatars, they didnt choose it. The Volga and Kazan Tatars are actually Bulgarians mixed with some Cumans, and they want to be called Bulgarians, as thats what they are. If you do a google image search you can see many photos of Volga Tatars and Kazan Tatars waving the Bulgarian flag as well as drawing grafitti of Bulgarian symbols on the streets, with sentences such as "We are Bulgarians, not Tatars" The Soviet Union wanted to eradicate any pride and memory of these people, the memory of the great and super rich Volga Bulgaria, which at the time had the 4th largest city in the world (and these were the only people to ever defeat Genghis Khan's army in battle) so that they will be easier to control and so that they wont rebel.

Tartar vs Mongol: What's the difference?

In May 18, 1944 Communist mainly Jewish controlled Russian Govenerment deported 238,500 people from the Crimean

In the Russian Republic of Mordovia, Muslim Tatars are fighting to keep head scarves in Russian Schools

The Khazars aren't talked about, because modern day jewish supreme leaders do not want anyone to know of whom their ancestors.

Most Jews are European  (Whites).

ASHKENAZI DNA is 99% EUROPEAN with no trace of Middle East

This documentary examines the famous mummies found in the Tarim Basin in China who are European Caucasian.  There has been much controversy over the findings of archaeologists using genetic lab tests proving that Caucasians were roaming the Tarim Basin a good 1000 years prior to East Asian people arriving.  Asians with Caucasian features; tall people with red or blond hair and light eyes have long been the part of ancient Asian legend.  It was much to everyone's surprise when archaeologists unearthed evidence of these legendary "gods."  Sadly, the Chinese government has appeared to have delayed making the research public out of concerns for fuelling Uighur Muslim separatism in its western-most Xinjiang region.

The discoveries in the 1980s of the undisturbed 4,000-year-old "Beauty of Loulan" and the younger 3,000-year-old body of the "Charchan Man" are legendary in world archaeological circles for the fine state of their preservation and for the wealth of knowledge they bring to modern research.  In historic and scientific circles the discoveries along the ancient Silk Road were on par with finding the Egyptian mummies.

China's concern over its rule in Xinjiang has widely been perceived as impeding research into European caucasian mummies resulting in greater publicity of the findings. Tarim Basin mummies have not only given scientists a look into their physical biologies, they also looked into their clothes, tools and burial rituals.

"I spent six months in Sweden last year doing nothing but genetic research... My research has shown that in the second millennium BC, the oldest mummies, like the Loulan Beauty, were the earliest settlers in the Tarim Basin."

He went on to say:

"From the evidence available, we have found that during the first 1,000 years after the Loulan Beauty, the only settlers in the Tarim Basin were Caucasoid."

"Modern DNA and ancient DNA show that Uighurs, Kazaks, Krygyzs, the peoples of Central Asia are all mixed Caucasian and East Asian. The modern and ancient DNA tell the same story."

East Asian people only began showing up in the Eastern portions of the Tarim Basin about 3,000 years ago and today the area is under communist China control.

The Uyghur Caucasians there today are wanting their independence from China.  China has now moved large numbers of Chinese into the area.

China has only allowed genetic studies in the last few years.  A 2004 study carried out by Jilin University also finding that the mummies' DNA had European genes, further proving that the earliest settlers of Western China were not East Asian.

East Asian people only began showing up in the Eastern portions of the Tarim Basin about 3,000 years ago and today the area is under communist China control.  The Uyghur Caucasians there today are wanting their independence from China.  China has now moved large numbers of Chinese into the area.
China has only allowed genetic studies in the last few years.  A 2004 study carried out by Jilin University also finding that the mummies' DNA had European genes, further proving that the earliest settlers of Western China were not East Asians.