Before Christianity moved into Europe, the White Europeans followed customs and beliefs passed down through history from the dawn of their first Adam and Eve and may have been closer to God then we are today. They were closer to nature and followed the movement of the Sun, Stars, and Moon and had close relationship with trees and animals. Today Christians do not have the same relationship with nature which represents God their creator. Christians by going to a Church building to worship is not close to nature and therefore not close to God as they are not in the open under God's creations of the moon, sun, stars or the trees.

"Paganism was broadly connoted as the "religion of the peasantry", and for much of its history was a derogatory term. Both during and after the Middle Ages, pagan was a pejorative term that was applied to any non-Abrahamic or unfamiliar religion, and the term presumed a belief in false god(s)."

The Bible talks about paganism, what does it mean? It refers to various pre-Christian religions belonging to a number of ancient cultures,  religious beliefs  and family beliefs - those from Rome, Greece, Egypt, Germanic, Celtic, Slavic and so on. Christians adapted many pre- Christian European customs such as Christmas, Easter, and respect for mum and dad and over time adapted the Christmas tree. Pre- Christians in Europe and the Middle East men were allowed to have more than one wife and this customs was adapted by Christianity. Over time Christianity changed and men could only have one wife.

There are many people today who are dissatisfied with mainstream religion because it has a chequered history of being involved in violence, restricting free speech and corruption.  They seem to attract the power-hungry elite that uses religion as a political movement for dominating people and destroying other religions.

A good example is early Christianity which moved into Europe from the Middle East, put to death many pagan people who would not conform and were involved in burning people who disagreed with the establishment and their religious beliefs.  It was also used to help conquer other cultures and destroyed much of their beliefs and heritage. 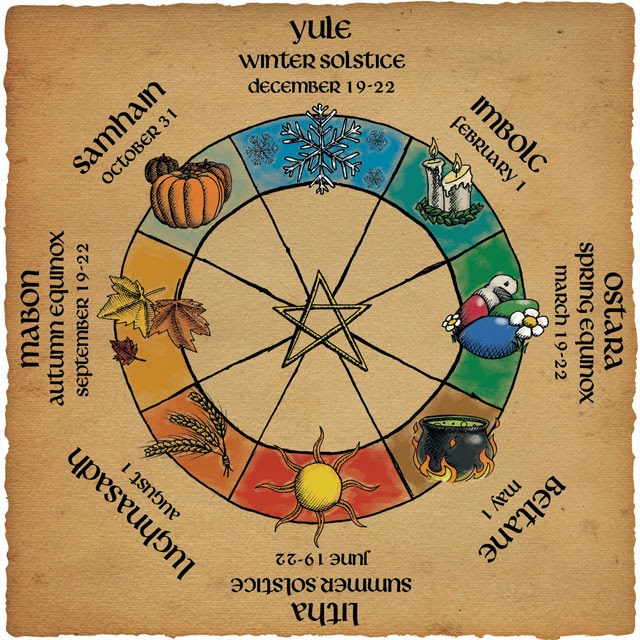 The Roman Empire conquered and dominated the Mediterranean and Europe for hundreds of years but when the Roman empire adopted Christianity it was shortly toppled by Northern European Germanic tribes.

When the Roman Empire existed, there was no Islam in the Middle East. The population was mainly Christian or Hebrew (original Jews) in Roman-ruled areas. When Muhammad the prophet founded the Islamic religion and the movement started to conquer countries, they strongly encouraged the bulk of the population to convert from Christianity to Islam including modern Turkey. This is why a fair percentage of the Muslim population living in Europe have ancestors who were actually Christians. Today we have Muslim extremists in the Middle East such as ISIS, now destroying all the ancient monuments and temples , and they have captured and killed many people in a brutal fashion.

The Jewish faith which is based on the Torah has been hijacked by people who do not even follow this sacred text and instead follow atheist Talmudic racist hate ideas.  These false Jews who are mainly Europeans are in the process of exterminating their own people - both Europeans and European Jews, through the multicultural agenda of third world immigration and interracial marriage because they believe they are supremacists and view all others as animals.

In all these modern religions many of the beliefs, rituals, icons and symbols have been borrowed from older cultures, religions and spiritual customs.  These were incorporated in order to integrate and appease conquered cultures, to stop uprisings and gain control of the local populace. 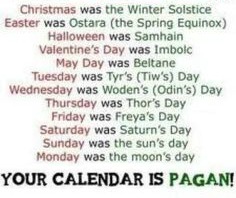 An easy example of this adoption of rituals is the marriage customs of today which are actually pre-Christian and Pre-Islam. Respect for parents, giving a ring during the marriage ceremony, the entire foundations of a marriage were there before religion and were all adopted by religion. We are still unconsciously practicing our ancient ancestral beliefs. There is no evidence to suggest that early people got down on their hands and knees to give obedience to their god - it came from the early Kings and Queens who wanted people to grovel to them.

If Islam and Christianity started telling its people about the pre-religious practices people would expand their consciousness and then people would question why they should follow their religion and would start rebelling, the religious leaders would lose control very quickly.

The following videos reveal the origins of Christianity and Islam and a couple of these videos even discuss Atheism.   We realize that many people have differing opinions on their religions and religious preferences.  These aren't necessarily our opinion or what we expect our members to believe but purely here for information purposes.

There are people who say they have seen God in visions or dreams and this may be true but the bulk of the world population has never interacted with God.  From the dawn of history, people have needed some form of guidance and they have filled this need via a string of different "God" beliefs over time.  This has been helpful to many people however it has also caused irreparable damage and war throughout history.

Perhaps we should think of God as something that you do not ever see or touch and is separate from evolution.  It is simply something "out there," that guides us in our lives and if that is a helpful belief to you then we are all for that.  We do not think however that any individual or religion should ever force its beliefs on others who feel differently.

Real Proof that Jesus was NOT real
The clip is taken from Zeitgeist.  The thing is, even with the evidence in their face, people are still blinkered.  Do the research for yourself.  Work with facts and draw your own conclusions.

Is The Bible Fit For Teaching?

The Ancient Pagan Origins of Easter

How To Remain Christian