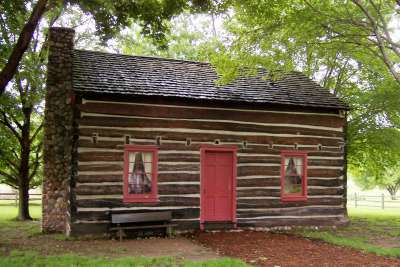 In 1829, Joseph Smith completed the translation of the book of Mormon and in 1830 on April 6, he founded the church called the Church of Christ. Later the church changed its name to The Church of Jesus Christ of Latter-day Saints.

The Mormon church was founded as a white American European Church and was forced to allow Africans to become Mormons because the ex-president Jimmy Carter (Gentile) said that if The Church of Jesus Christ of Latter-day Saints did not allow Africans to join it would lose its tax-exempt status. Now it not only allows Africans to join the church, it has also sent missionaries to Africa in order to gain followers to the Mormon religion.

The following quote was taken from the a website about the Early history of the Mormon Church explaining their original ideas about allowing Africans into their fold:  "From 1849 to 1978, The Church of Jesus Christ of Latter-day Saints (LDS) teaches and believes against ordaining black men to the priesthood, and forbidding black people from taking part in ceremonies in LDS temples."

Their reasoning for this is associated with the belief that black men and women had inherited the "curse of ham."

The Curse of Ham is a narrative that occurs in the Book of Genesis.  It is concerning Noah's drunkenness and a shameful act by his son Ham.  The transgression is controversial however in the eyes of the Mormon Church as it is believed that Noah cursed Canaan when Ham sinned by looking at his naked form instead of averting his eyes. This passage and curse have been debated for two thousand years.

This curse was used to justify the subjection of slavery and black people by some Muslims, Jews, and Christians as an explanation for black skin.  Most denominations of Christianity and Judaism now strongly disagree with these interpretations considering that in the actual biblical text it isn't Ham that is cursed and both race and skin color aren't actually mentioned at all.  The population in the Middle East during the time of Noah was a Caucasian population and black people did not originate from the Middle East.

Many believe when this statement was made in 1978 that God didn't change his mind about keeping racial groups separate,  having separate churches and were against this declaration. It's worth remembering that God made separate racial groups in different parts of the world and that he wouldn't want to lose his creations through interracial marriage and mixing into the one church. 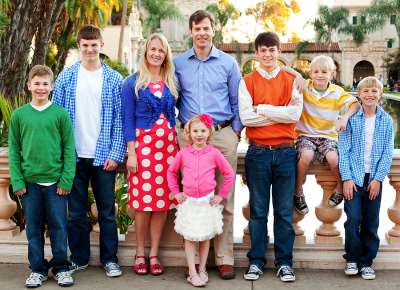 It was Smith's successor, Brigham Young as the church leader, who declared in 1852 black-white intermarriage was sinful.  He suggested that a man could atone for it only by having “his head cut off and spilling his blood upon the ground.”

Some accuse Brigham Young as a racist, but many believe he was only trying to preserve whites and blacks because that's what God would have wanted him to do, to preserve God's creations.

Brigham Young teaches “Shall I tell you the law of God in regard to the African race? If the white man who belongs to the chosen seed mixes his blood with the seed of Cain, the penalty, under the law of God, is death on the spot. This will always be so.”

“For their abuse of [the Black African] race, the whites will be cursed, unless they repent.”

The Persecutions of the Saints —Their Loyalty to the Constitution—the Mormon Battalion—the Laws of God Relative to the African Race (Journal of Discourses, Vol.10, p.109).

The Following Verses are from the Book of Mormon

(prophecy of the Lamanites) "became a dark, and loathsome, and a filthy people, full of idleness and all manner of abominations." Nephi 12:23.

"a sore cursing . . . as they were white, and exceedingly fair and delightsome, that they might not be enticing unto my people the Lord God did cause a skin of blackness to come upon them." Nephi 5:21.

"Shall I tell you the law of God in regard to the African race? If the white man who belongs to the chosen seed mixes his blood with the seed of Cain, the penalty, under the law of God, is death on the spot – this will always be."