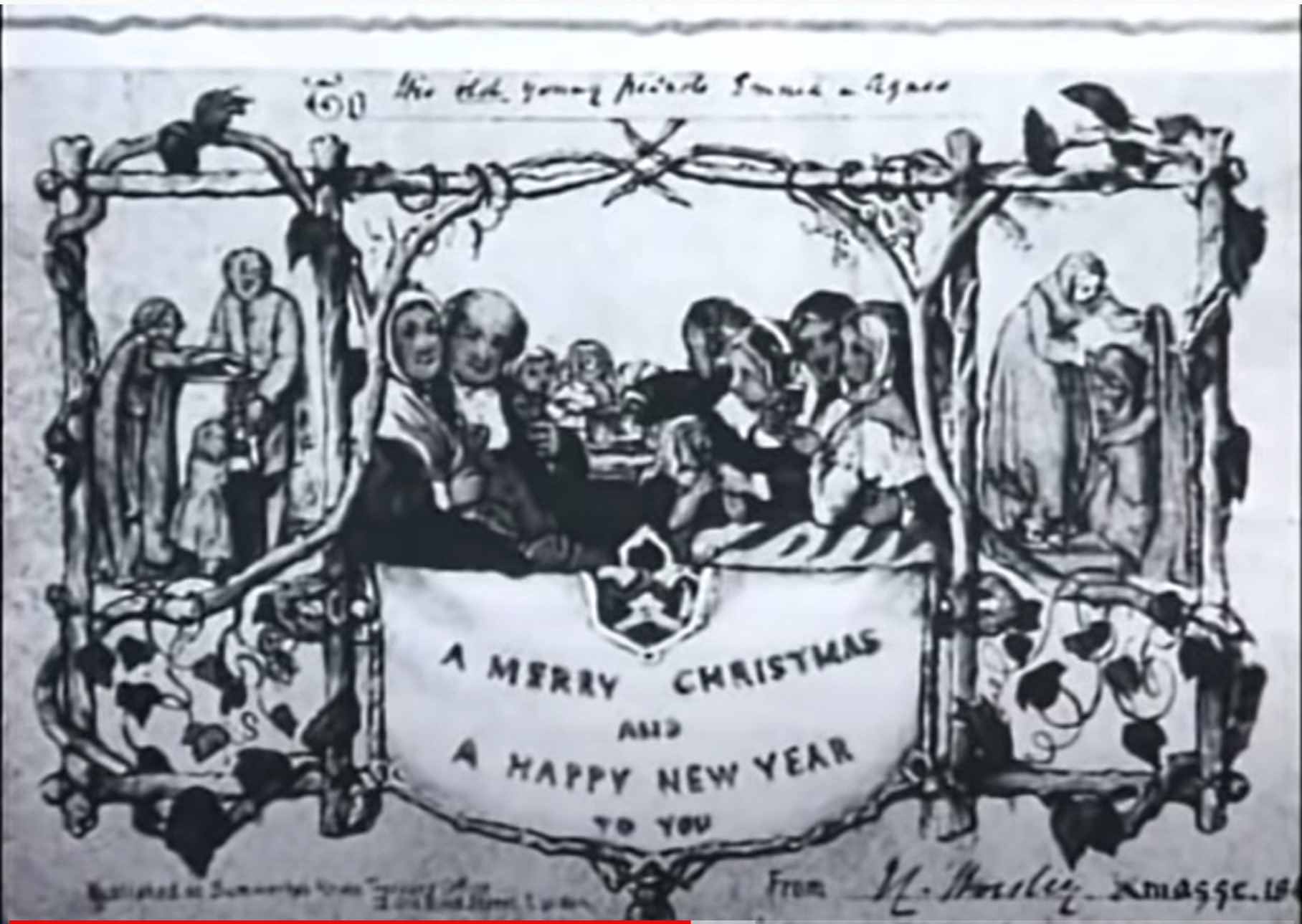 Just for the sake of argument, HOW would anybody know when A GOD was born? There is NO WAY to prove an actual date when Mythra or Horus OR ANY OTHER GOD was born. It actually doesn't matter if Christians choose to celebrate the birth of Christ on December 25.. JUST LIKE it doesn't matter if other religions choose to celebrate their God's birth on December 25.. What's being celebrated is THE BIRTH not the date. NO ONE GROUP OF PEOPLE can monopolize any particular day of the year... But yes, Christmas as a holiday celebration, has it's roots in paganism.. There's no disputing that fact.

1 year ago (edited)
Just for the sake of argument, HOW would anybody know when A GOD was born? There is NO WAY to prove an actual date when Mythra or Horus OR ANY OTHER GOD was born. It actually doesn't matter if Christians choose to celebrate the birth of Christ on December 25.. JUST LIKE it doesn't matter if other religions choose to celebrate their God's birth on December 25.. What's being celebrated is THE BIRTH not the date. NO ONE GROUP OF PEOPLE can monopolize any particular day of the year... But yes, Christmas as a holiday celebration, has it's roots in paganism.. There's no disputing that fact. 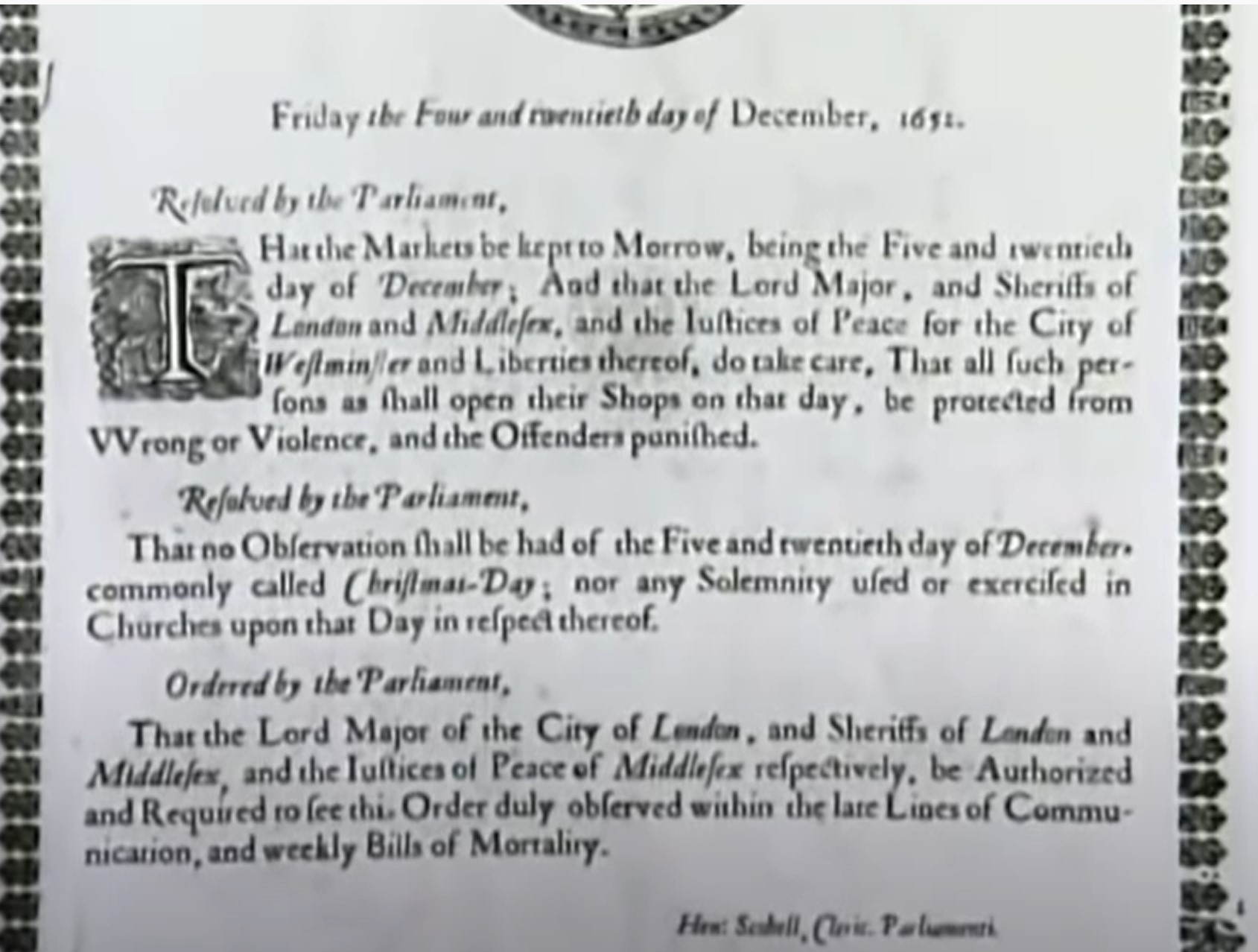 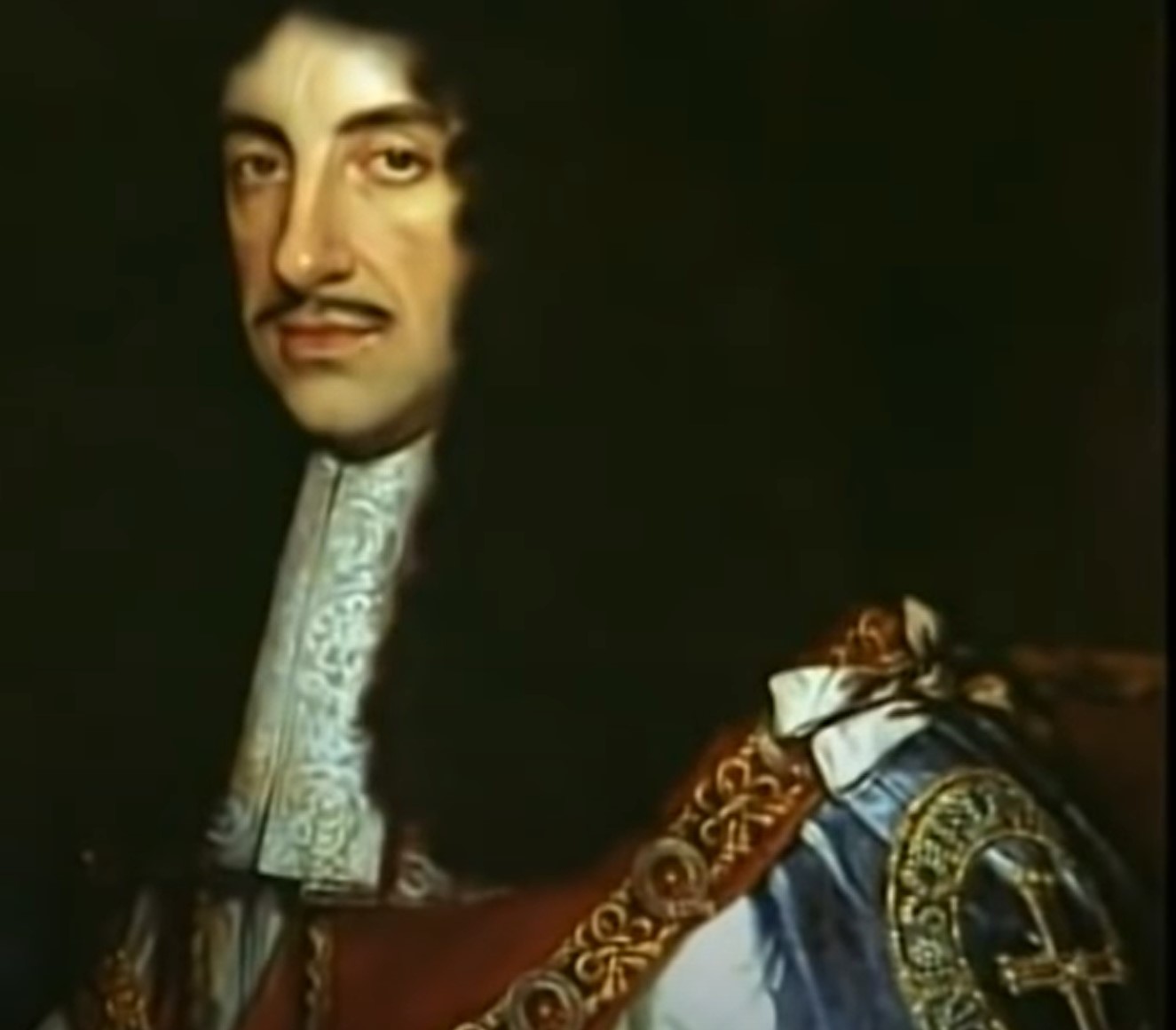 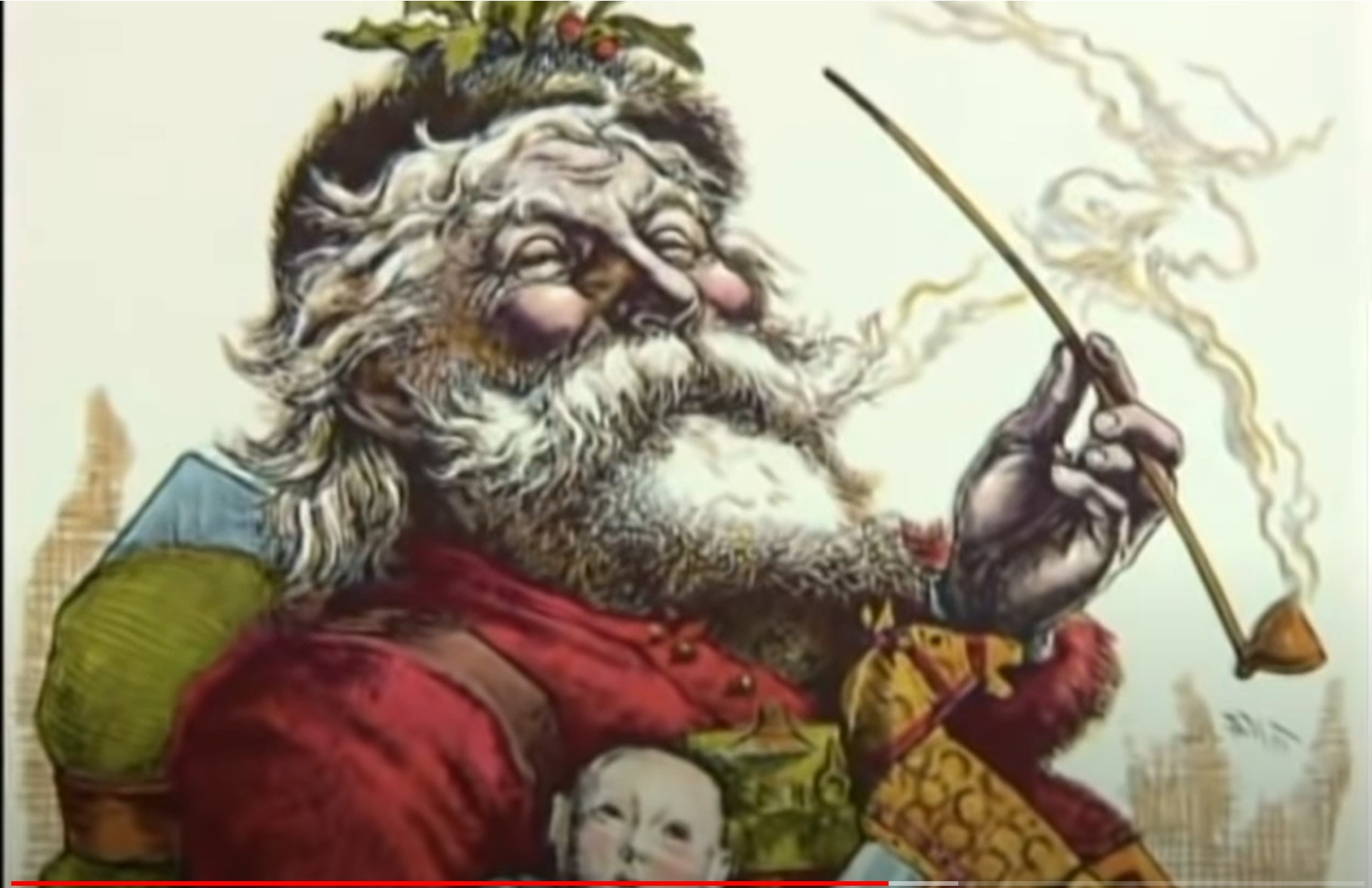 Many traditional elements of Christmas pre-date Christianity. In other words, Christmas was pagan before it was adopted (and renamed) by Christians. The Catholic Encyclopedia of 1908 states that "Christmas was not among the earliest festivals of the Church. Irenaeus and Tertullian omit it from their lists of feasts" - those authors lived into the 3rd century. The CE article concludes that when later Christians adopted the date of the 25th of December for Jesus' birth, "the abundance of analogous midwinter festivals may indefinitely have helped the choice of the December date, the same instinct which set Natalis Invicti at the winter solstice will have sufficed, apart from deliberate adaptation or curious calculation, to set the Christian feast there too". Prof. Hutton, a respected and careful primary-sources historian, mentions Christmas in his valuable book on the history of modern Paganism. How December 25 did officially became the world important most grandeur festive day in the calendar? We all know that Christmas is being observed around the world and generally commemorating the birth of Jesus Christ among Christian communities. The word Christmas is from the old English “Crīstesmæsse”, the pre historic Christian churches referred the meaning to “Christ’s Mass” the Eucharistic feast celebration of Christ birthday.
The Birth of Christ
Although the year of Jesus Christ birth date was estimated by most modern theology scientists and historians somewhere between 7 and 2BC, the debate continues about the exact month and day of Jesus birth. Dionysius Exiguus, a Scythian monk has determined the year of Jesus birth through his own calculation using the foundation of city of Rome “ab urbe condita” thus 1 AUC signifies the birth year of Rome. Dionysius counted the reign of Roman Emperor Augustus to Emperor Tiberius and in the New Testament, the Gospel of Luke 3:1,23, indicates the 15th year of Tiberius reign where Jesus turned 30 years old. Jesus lived 15 years under Augustus in his 28th year of reign as a Roman Emperor. Dionysius concluded that the Christ was born 754 AUC the year Augustus reign started. However, the Gospel of Luke 1:5 placed Jesus birth under Herod and Herod died in 754 AUC, for this reason why most modern biblical scholars discredit Dionysius calculation.
How Did Christmas Day End Up In December 25th?
Did you know that earlier before Christmas date was established, the ancient Roman feast of Saturnalia called “temple of Saturn“, was first introduced by Roman Pagans. It is an ancient Roman festival, a celebration of Cruelty, lawlessness, adulterous, brutal violence and human sacrifices from 17th to 23th of December. The Roman court is closed in the whole festive season and its early law’s allows anyone to injure any people and damage properties without getting any punishment from the Roman authorities. The Roman Pagans started the Saturnalia festival from dragging the prisoner or the “the enemy of the Roman people” to the center court on the first feast day to represent the “Lord of Misuse”. Every Pagan community choose a victim within their community and forced them to indulge into sexual pleasures and eat festive foods before brutally sacrificing them on the 23th of December as the final festival day concluded. Other regions in the Roman Empire continued the secular celebration in festive atmosphere ’till the end of month of December every year, long after it was officially removed from the official calendar. But this ancient festival has left traces and found numerous signs of medieval and modern customs in occurrence at the time of winter solstice. Some of the practices such as gift-giving and festive food banquet were carried out in the modern age and adopted later in Christmas customs.
From 4th Century CE history, early Western Christians Church adopted and brought the Saturnalia festival into other regions of pagan masses, converted them to Christian faith with the promised to continue the Saturnalia Festival as Christians. Although the early Christian church leaders described Saturnalia Feast as unbiblical and contradict the fundamental belief of Christians at that time, the Christian Leaders managed to changed the pagans cultures by naming the 25th day to be Jesus Christ’s birth day.
How did the Twelve Days of Christmas Start?
Other Christian churches celebrate Christmas every 25th of December using the Julian calendar which the festive currently correspond to January 7 in Gregorian calendar, that is the day after the feast of Epiphany concluded. From the Council of Tour of 567, the Christian church declared the 12 days of Christmas as the unifying period of Christmas festival season “Christmastide“, giving the essential importance of Christmas Days between the feast of Christmas and the feast of Epiphany.

Music in this video

Moore didn’t dream up Santa Claus riding through the sky with reindeer going down the chimney, he borrowed it from Germanic and Nordic traditions. Riding through the sky during ❄️ solstice was something that Oden did centuries earlier. reindeer ? flying was a Nordic myth after Sami reindeer herders would consume magical mushrooms ? and going down the chimney placing presents under the tree is taken from Nordic shaman. ? ?

Paige Winkler
Christmas cards actually started as what we call today “Shadow boxes.” They were decorated shadows boxes that families would mail to each other during “Christmas” usually filled with sentimental items or art work. Then BAM!!! along came a company (The early Version of Hallmark I believe they said?) and decided to make money off of this idea by making holiday “cards” and the amount of money they made their first year is absolutely disgusting. ? scamming people for every penny since the beginning of money itself ?

Keriann Meyers
Pagans started everything. Even birthdays wouldn't be the same without the Pagan tradition of lighting a candle on a cake. If you got rid of all the things that were originally Pagan, traditional celebrations would be unrecognizable.

From Coveners League we wish Everyone A Merry Christmas And Happy And Healthy 2021. 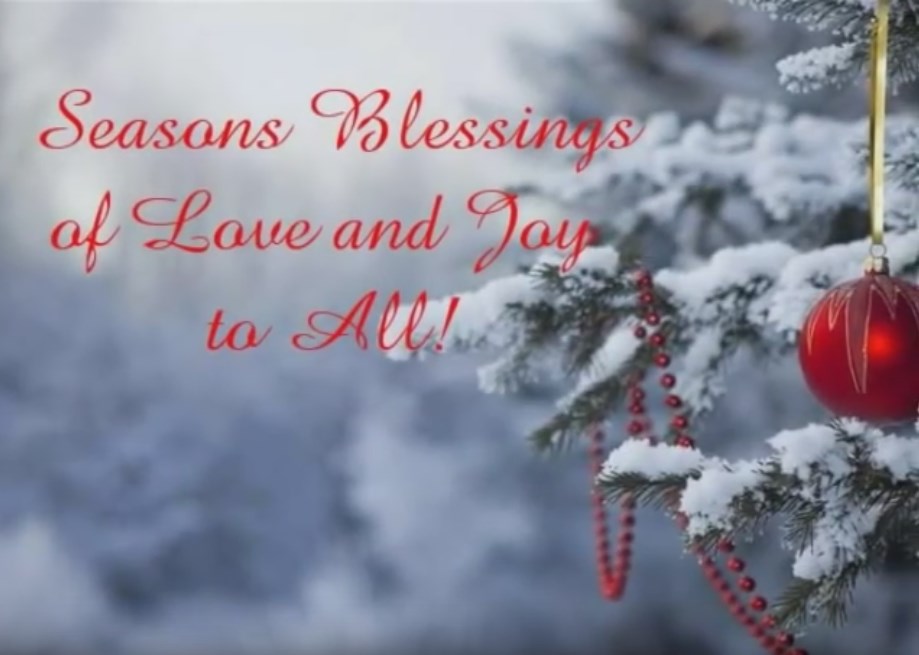 The color of Fall is turning from red to white as Winter approaches the Land of Enchantment. The young ones are sad because they cannot run and play as they did during the warmer months. They began to cry until the voice of The Ancients called out to them. The Ancients told them to listen to the wise words of The Silver Moon Goddess and believe what she says. For the Silver Moon Goddess protects all life on the Land of Enchantment ~ she told the young ones "to look into their hearts, and do not cry, for tomorrow Christmas will be here". Once the children heard her speak those words their tears turned into laughter. Their sad faces were smiling once more.

Christmas is Near ~ The Land of Enchantment ~ Enya 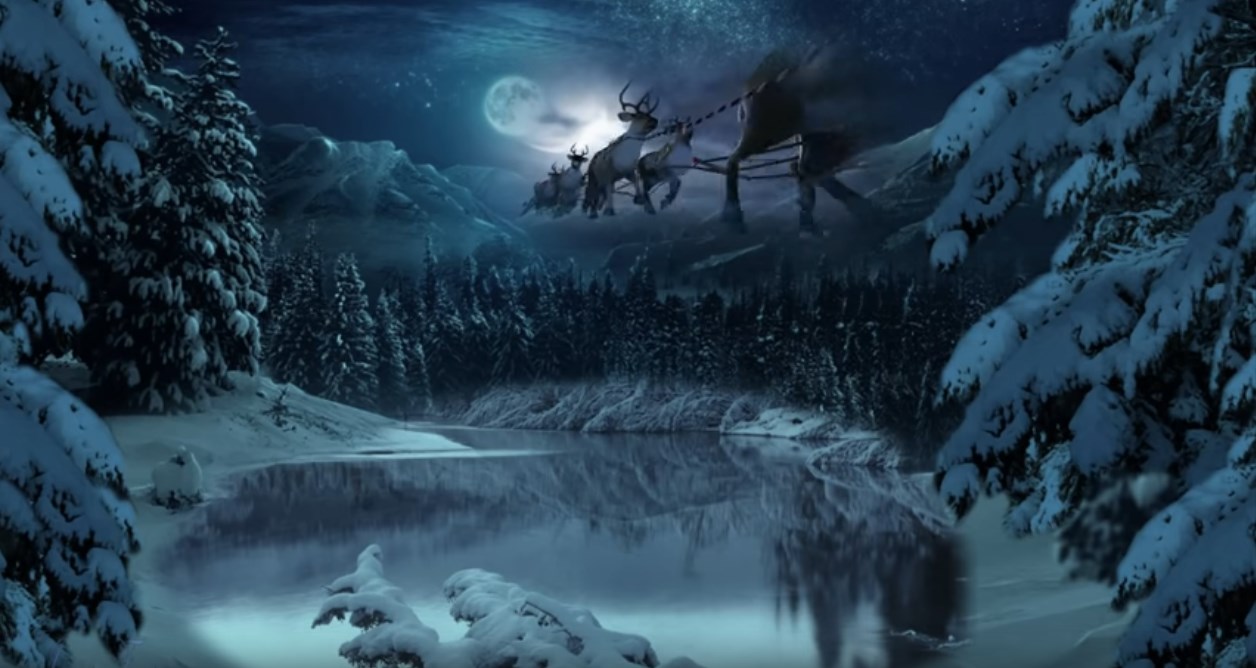 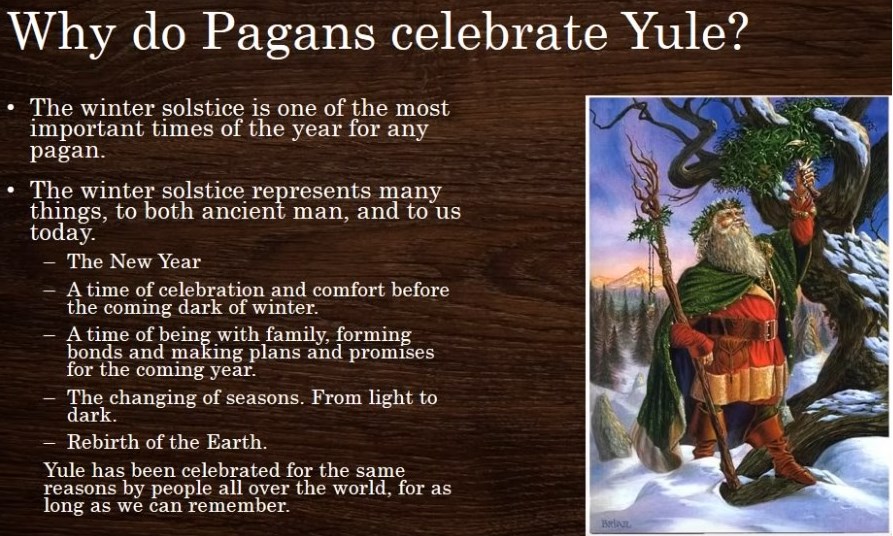 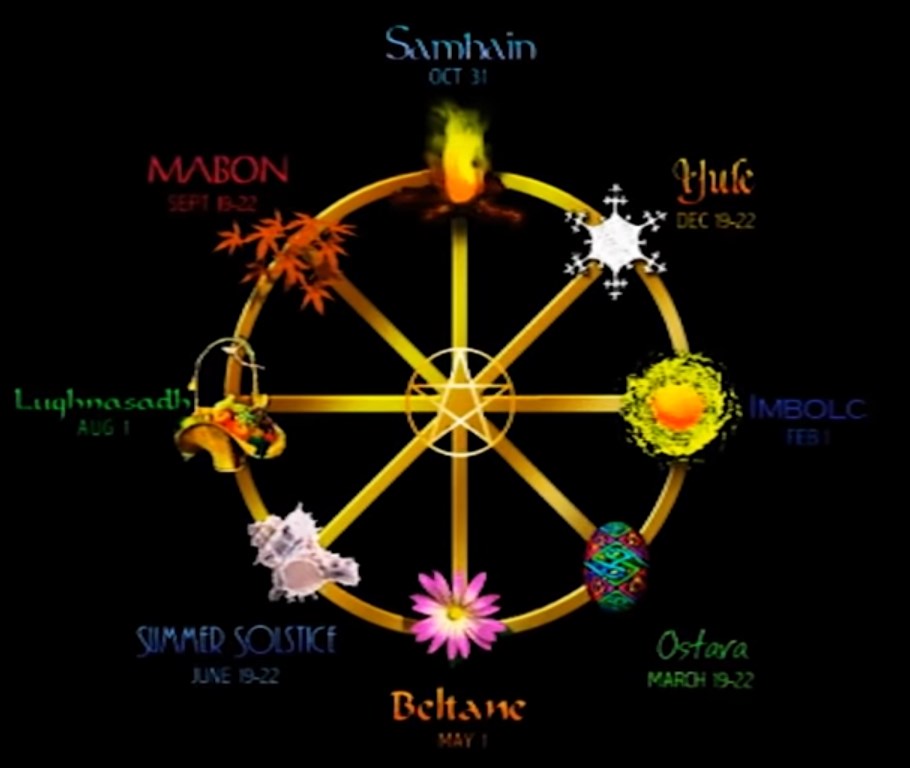 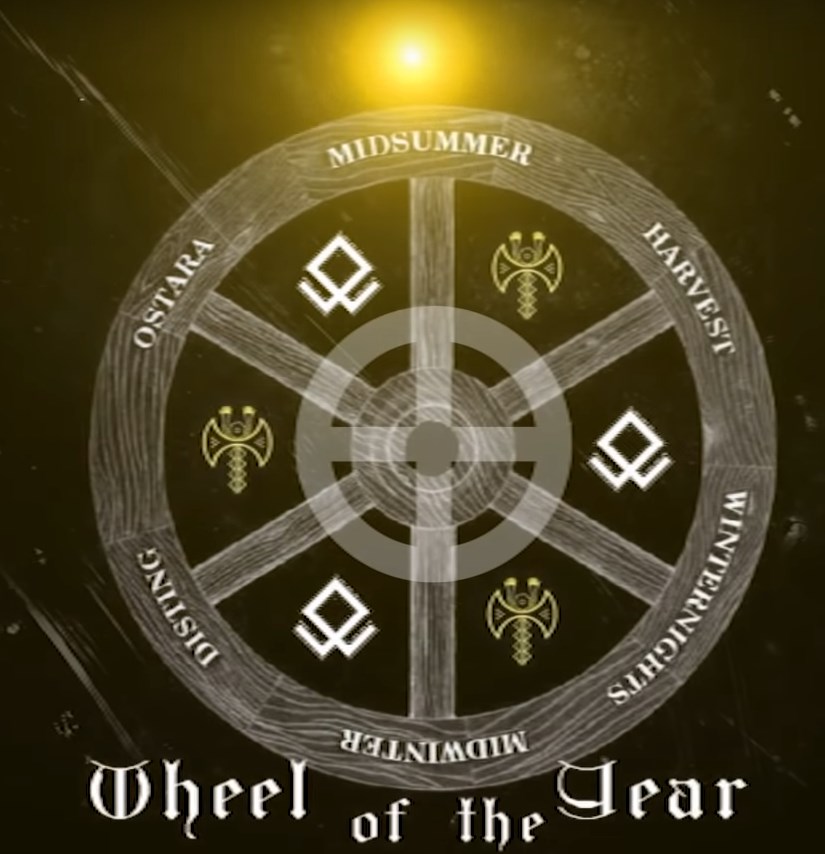 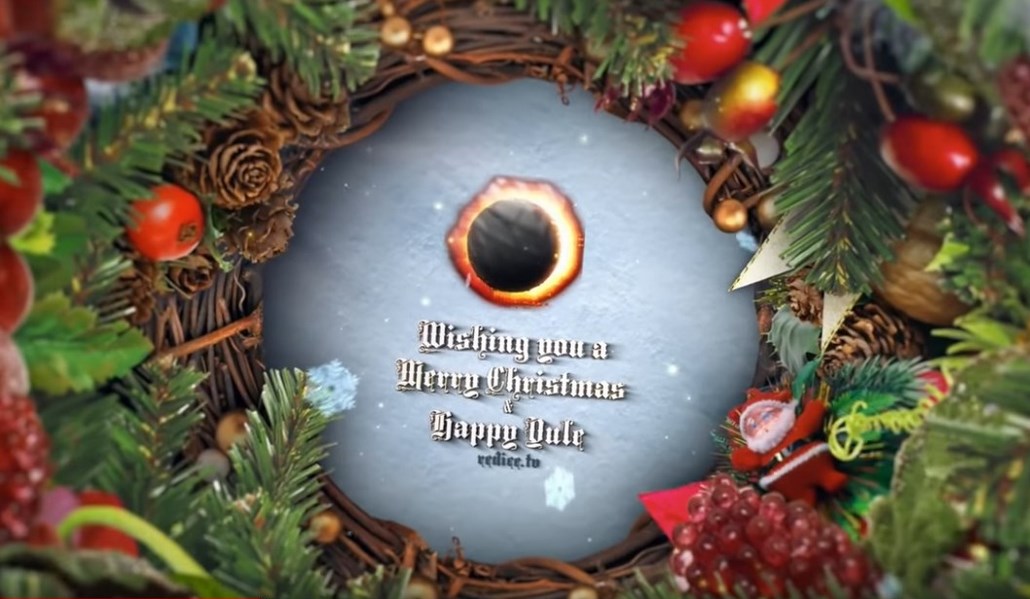 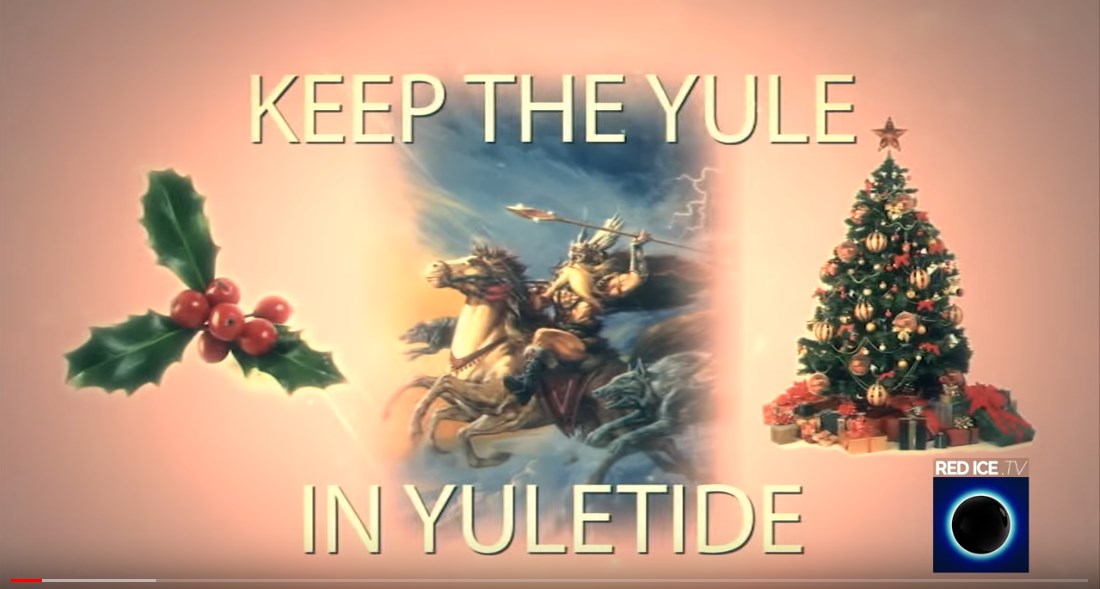