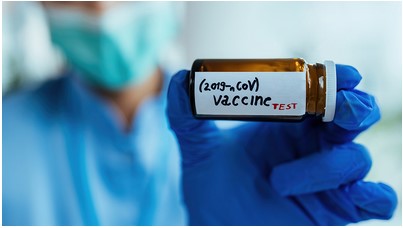 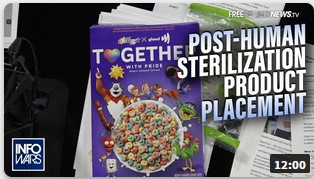 Alex Jones breaks down the product placement promotion of the break-up of the nuclear family and promotion of sterilization to usher in the post-human era.
Post-Human Sterilization Product Placement Plan Exposed 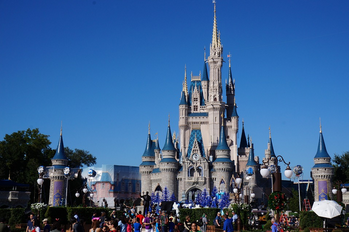 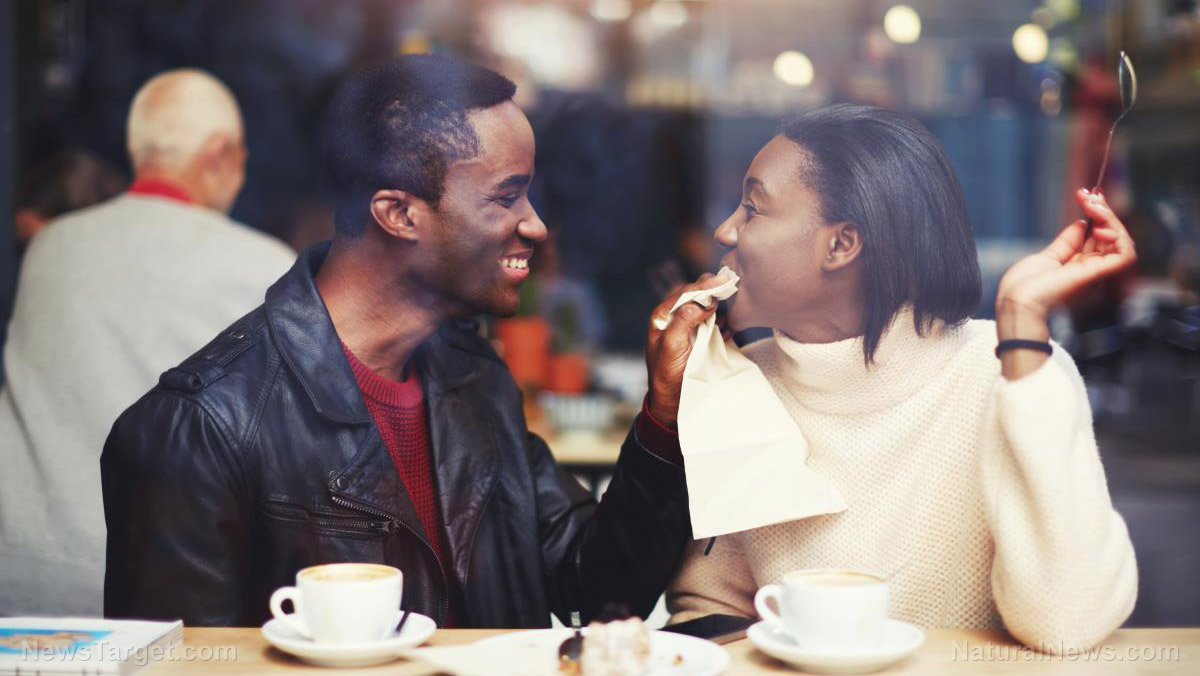 How low will they go? White House partners with nine dating apps to push covid shots on young singles

Aye, I don't believe it either. For starters if you look inside a chicken nugget from McDonalds you'll see it has the appearance, the texture of chicken. If it were simply paste then it would be more uniform in consistency. __________________
"Democracy is beautiful in theory; in practice it is a fallacy. You in America will see that some day.” ~ Mussolini to Edwin L James of the New York Times (1928)

"[The Jewish nation] dares spread an irreconcilable hatred against all nations; it revolts against all its masters. Always superstitious, always avid of the well-being enjoyed by others, always barbarous, crawling in misfortune, and insolent in prosperity. Here are what were the Jews in the eyes of the Greeks and the Romans who could read their books." ~ Voltaire, Essai sur les mœurs (1756) Tome 1, page 186

"I would not be in the least bit surprised if these people [Jews] would not some day become deadly to the human race." ~ Voltaire, Lettres de Memmius a Ciceron (1771)

"If the race is in danger of being oppressed or even exterminated, the question of legality is only of secondary importance."
"The world is not for faint-hearted races" —Adolf Hitler, Volume 1, Chapter 3, Mein Kampf 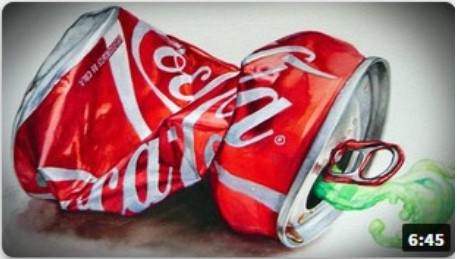 Nazi Germany was one of Coca-Cola’s largest markets

Should Coca-Cola be “canceled” for supporting Nazis?

As you probably saw, the Coca-Cola Company has unofficially gone “woke” with a new employee training program that equates racism with “whiteness.” In order to become officially woke, though, Coca-Cola would now need to “cancel” itself for doing business in 1930s Nazi Germany.

Many people are unaware of it but Nazi Germany was one of Coca-Cola’s largest markets. A big part of the company’s overall success was built upon what today’s leftists would describe the “systemically racist” policies of Adolph Hitler.

Were it not for Hitler’s leadership, Coca-Cola might never have become the global force it is today. German people, who are white, loved the company’s carbonated sugar water and bought plenty of it with Hitler as their leader.

Today’s leftist logic would dictate that Coca-Cola now has a responsibility to right the wrongs of the past by canceling its operations and donating all remaining assets to “anti-racist” organizations. The case could also be made that Coca-Cola now owes “reparations” to those who were negatively impacted by Hitler’s rule.

Oh, but Coca-Cola did not actually support Hitler, right? Well, consider the below image depicting a 1936 advertisement put out by Coca-Cola specifically for the Nazi market. It reads:

“One people, one country, one drink, Coke it is.”

This nationalistic tagline was right up Hitler’s alley, suggesting that Coca-Cola did, in fact, support Hitler’s agenda. And because Coca-Cola profited heavily under Hitler’s leadership, it is quite literally a Nazi company. 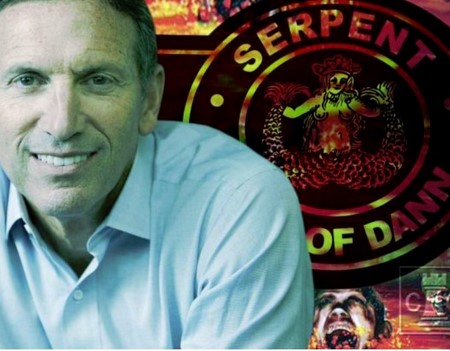 Coffee giant Starbucks has announced they will fully fund an employees’ gender transitions, from reassignment surgery to hair transplants and other cosmetic procedures.

On Monday, the company announced a change to its health benefits package which will now cover cosmetic surgeries for transgenders – that is men who feel like becoming women and vice versa.

“Starbucks health insurance plans include not only gender reassignment surgery (which had been covered since 2012), but now also a host of procedures for transgender partners that were previously considered cosmetic, and therefore not covered, such as breast reduction or augmentation surgery, facial feminization, hair transplants and more,” the company wrote in a news release.

Benefits Vice President Ron Crawford said it was “the right thing to do” because transgenders feel the procedures are essential.

“The approach was driven not just by the company’s desire to provide truly inclusive coverage, and by powerful conversations with transgender partners about how those benefits would allow them to truly be who they are,” Crawford said. 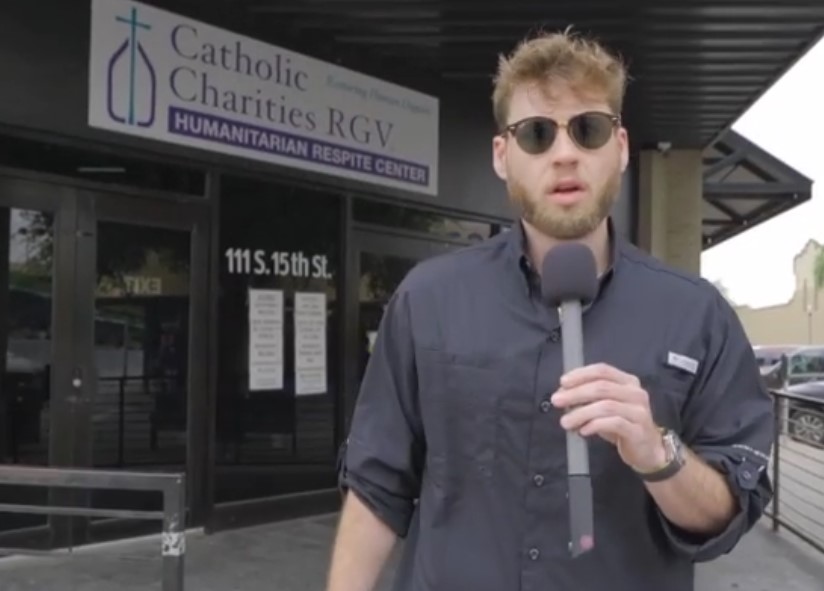 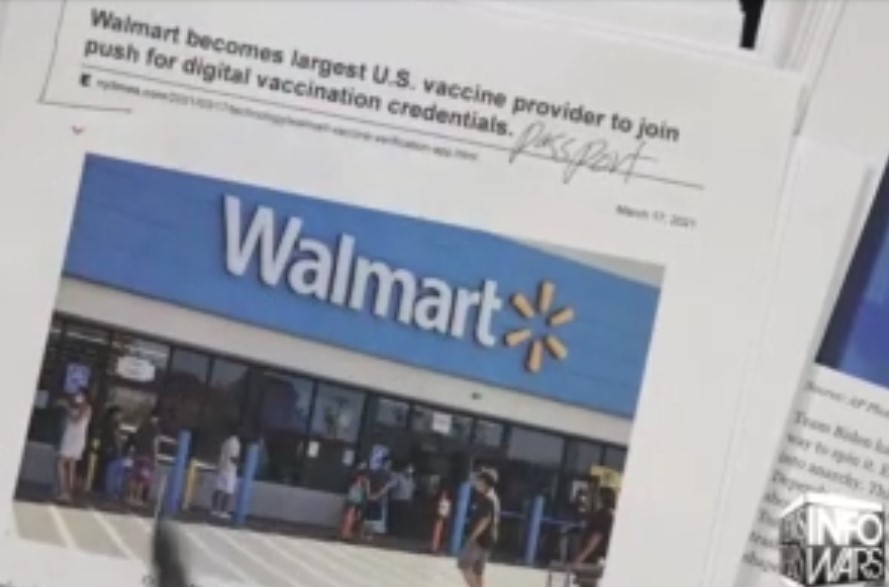 Wal-Mart has destroyed countless individual businesses and has outsourcing of jobs and manufacturing to China from the beginning.

Alex Jones breaks down the push for vaccine passports and the 'mark of the beast' as Wal-Mart backs digital vaccination credentials.

Sevensisyers7
BOYCOTT WALMART! ITS NOTHING BUT FILLED WITH SH** MADE FROM CHINA!
https://www.stormfront.org/forum/

https://www.stormfront.org/forum/t191225/
"Wal-Mart"
"The company now operates over 5,000 stores and buys a vast share of its merchandise from China. Wal-Mart is rabidly non- union and pays it employees at a scale 33% less than equivilant union employees. It has driven over 100,000 small stores out of business in America..."
Who Here Would Say That Sam Walton of Walmart Was More jewish Than jewish?
Wal-Mart family lobbies for tax cuts
The Jewish Carpetbagger

Buy at Walmart and you support Globalist Zionists. Boycott Walmart! 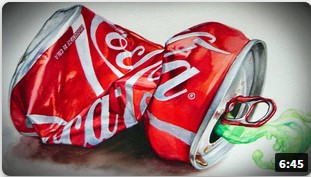 Major Grocery Store Owner Explains Why He Threw Coca-Cola Out

Alfie Oakes of Seed to Table Oakes Farms grocery store is joined in Florida by Alex Jones. Alfie explains why he canceled Coca-Cola.

smuggar
I went to buy some Coca Cola yesterday and then remembered they hate white people so I didn’t buy any.
HangLeftistsHigh
We vote with our dollars. Do not buy coke or coke products. They are an anti-white racist company. For every product coke makes, there is a knockoff brand of it that is just as good. You won't miss out by not buying coca cola products. Let's bankrupt these woke leftist marxists.
jppsx
Cocacola alone is around 500 different brand , nestle is around 2000 brand.
jppsx
There the list of the 10 company that own almost every brand of food you buy ,Nestlé, PepsiCo, Coca-Cola, Unilever, Danone, General Mills, Kellogg's, Mars, Associated British Foods, and Mondelez .
There all the list of brand owned by Coca-Cola alone and there around 500 brand .
https://en.wikipedia.org/wiki/List_of_Coca-Cola_brands here link to some other company and list of what they own .
Nestlé :2000 brand https://en.wikipedia.org/wiki/List_of_Nestl%C3%A9_brands
https://en.wikipedia.org/wiki/List_of_assets_owned_by_PepsiCo https://en.wikipedia.org/wiki/List_of_Unilever_brands
not every brand have list on wiki so was to long to place all of them . it look bad once you realize how much are owned by globalist . only way to peacefully destroy there wallet is to starve so it wont work , people are better to prepare to take arms and fight and learn to hate enough all leftist , globalist and communist's to do what need to be done . 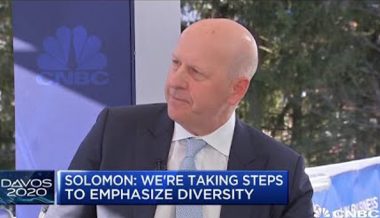 Firm wants at least one 'diverse' board member, looking to increase to two by 2021 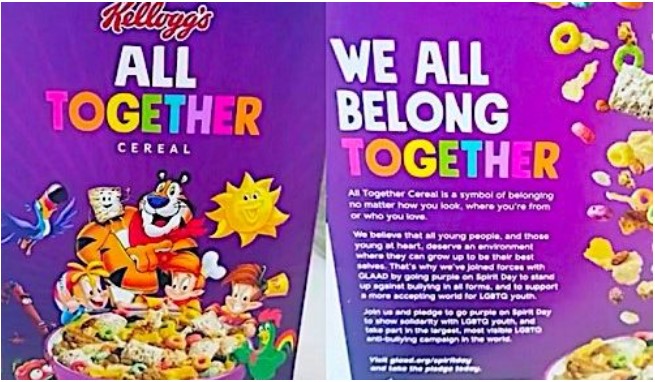 What can do you do to fight back?

You can do the following:

Identify the companies and organizations that do not support We The People or freedom, don’t use their products or services.

By boycotting their products and services we can make them go bankrupt or hurt their revenue enough to force them to change their ideas and polices.

Inform, join and create groups to boycott these companies. Create leaflets, meetings and events to inform more people about boycotting organizations that do not support we the people and freedom.

Boycott examples:
The mentioned organizations usually do not support we the people and tends of obscure information or/and outright lie and project bad values to the people of the world.

The following article list has information on companies to boycott.

In spite of all the election fraud, the following CEOs of more than 150 of the nation’s largest multinational corporations have signed on to a letter demanding that Joe Biden be installed in the White House immediately, rather than on Jan. 20.

The following signatories, falling right in line with the propaganda of the day, claim that only Biden can help “the country to move forward.” They further claim that Biden and Kamala Harris “won the Electoral College and the courts have rejected challenges to the electoral process.”

“Congress should certify the electoral vote on Wednesday, January 6,” the letter adds. “Attempts to thwart or delay this process run counter to the essential tenets of our democracy.

The letter also goes into dramatics about the “urgent task” of “defeating COVID-19,” which they say can only be done through Biden and Harris, who will restore “the livelihoods of millions of Americans who have lost jobs and businesses during the pandemic.”

The following signatories are urging America’s “duly elected leaders” to take action now, rather than wait until Inauguration Day, to install Biden and Harris through an “orderly transfer of power:”

America: If you’re invested in any of the above business, divest now!

Investors who hold stock in any of the above companies and disagree with the stance that Joe Biden is the rightful president are being urged to divest immediately.

Trump voters especially, who have been completely disenfranchised by the theft of our republic by the deep state, will want to do this simply for their own protection, especially since the push is now on to “cleanse” America of all things Trump.

More of the latest news about election fraud can be found at Trump.news.

Do not buy the following traitor media promoted items or products. 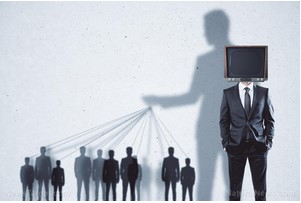 Full list of TRAITOR media outlets that accepted “sponsored trips” from communist China to oppress the truth in America: These are the ENEMIES of the people 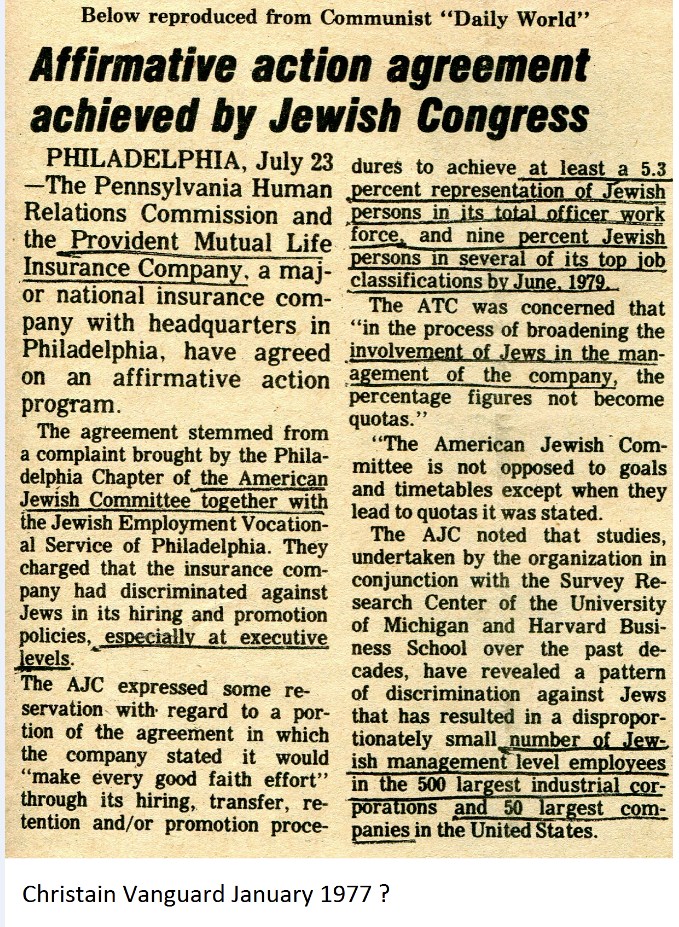 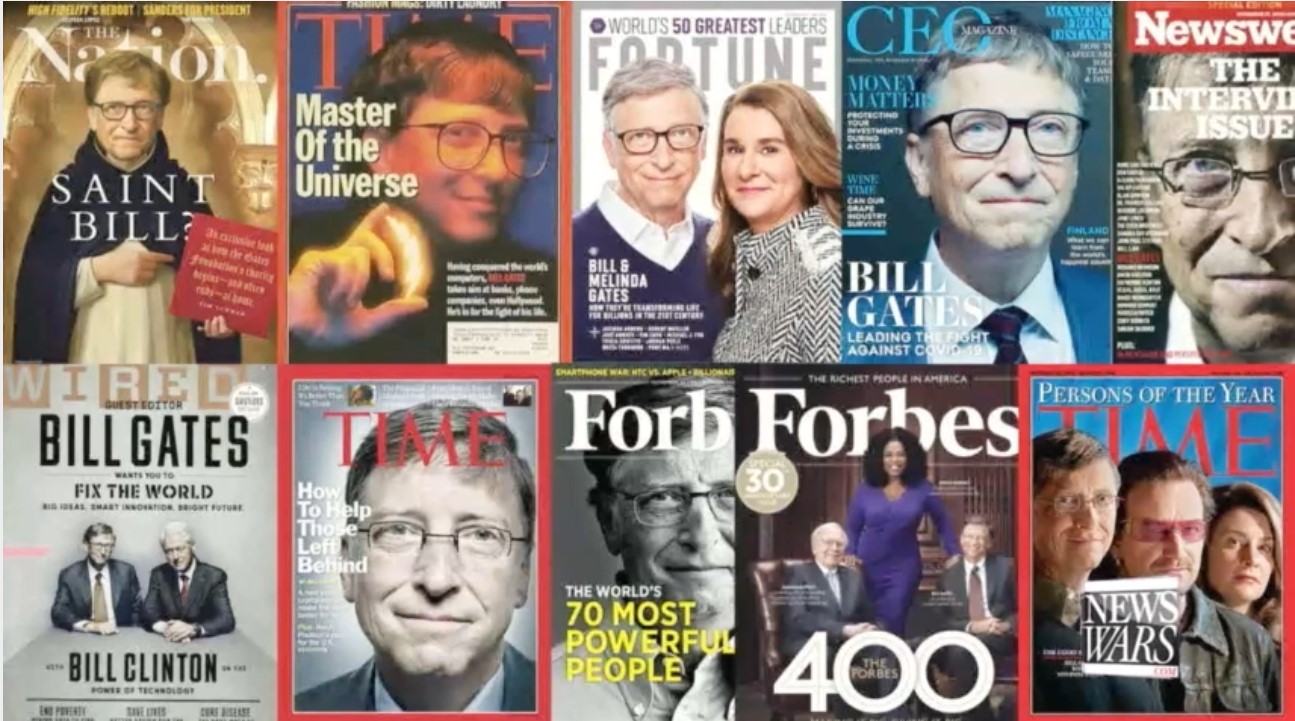 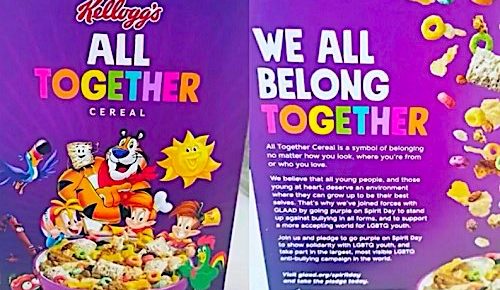 In conjunction with a $50,000 donation to GLAAD (Gay & Lesbian Alliance Against Defamation), Kellogg's has announced the release of a new …