Alex Jones interviews Tom Pappert and Jack Hadfield about the money trail leading from Soros and Bill Gates to the rioters in the streets of America. 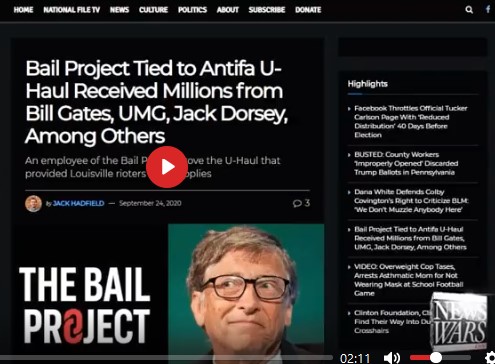 Soros is Ex-Nazi, in fact, he was so in live with your GAY LEFTY BOI HITLER, the love of his life, that he hunted down his own people for his Beloved NAZI Party in 1945, at tender Ghey age of 15. There is no Nazi bed, Soros has not slept in, warming them for his Nazi Uncles. :D

When America beat the sht out of Nazis in 1945, Soros & other Ex-Nazis simply joined the EU, which is the regime behind all of these LEFTIST scams like Open Borders, Climate Change Fraud, etc - which the BLM/Antifa Leftist thugs push, as the EU Affiliates fund these groups across the West.

Notics Antifa/BLM is NOT Local to America- they are operating across the West, funded every where by the EU to push their scam policies & de-stabilize the West for the EU to emerge as the best model & replace American Model. [show less]