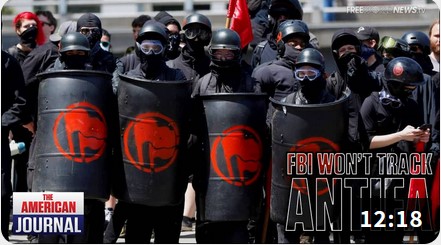 FBI in the U.S. Admits They Don’t Even Track Antifa Violence.

PizzaJohns
Antifa has both CIA and FBI members coordinating their events. You don't need to monitor something when it is you who runs the place
Lazeru
The FBI only foils plans of their own construction. Antifa is the same thing as the nazi Brown shirts .

A Brief History of the Amish and their Religious Lifestyle

On August 13th, 1977, the National Front Party had two and a half thousand people march through Lewisham, London and had police protection in consideration of this being a planned and legal protest.  They were attacked by Left-Wing, Socialist /Communists and the incident has since been referred to as the Lewisham Riots.  This is a historical example of the 'dialectical reversal' scenario described in the ANTIFA paragraph above.

The Pavlovian trick to stop people from questioning multicultural, multi-racial societies is labeled as "racist".  This has been extensively used over the years.  It is currently used against Donald Trump who campaigns for the rights of all people in America, i.e. blacks, whites, Latinos - so how can he be a racist? It is also used against black Americans, who support Trump and who are fighting for black rights.  The so-called right-wing, until only a few years ago, mistakenly call themselves "racist", when in fact, what they were trying to fight for their race.  Once they used that description, they lost the fight in the courts and the fight for white rights was lost, until recently, when people started to realize that this was a Pavlovian trick used to stop people from questioning the left-wing Socialist Establishment.

The so-called "Right" did not build a community base or an Anti-Defamation League to fight for their rights.  To date, this has still not been done.  They have to build community-based organizations, nationally and internationally connected, to bring in the structure and funds to challenge the Globalists in the courts.  Until this is done successfully, they will win early and in the long run, will lose.

Increasingly, Alt-rights are thinking beyond national borders and think as a nationalist world mindset, campaigning for white rights around the world.  They are simultaneously becoming very knowledgeable on this subject.  For instance, you will find many people who live in outside the United States who are very well-informed on the American Constitution.  Similarly, Jews are "nationalist" on an international basis.  Many  Alt-Rights see birth rates decreasing in a country, or minorities being persecuted, they feel the pain and with this type of thinking, we hope that we will move to the point of national organizations moving to an international structure where they can fight for rights by using organization,  Internet media sites and Congresses et.