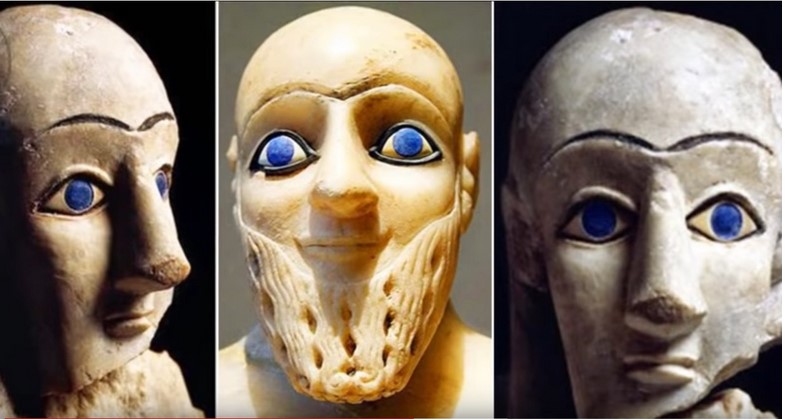 The forbidden history of the Sumerians. In Kingdoms of Sumeria.

It's called "Sumer", not "Sumeria"

How can these academics be relied on to instruct us, when they don`t understand the Biblical account of Genesis, or the Beginning. Even self taught students like myself, can figure that out. The Flood of Noah`s time did not flood the entire planet Earth. The word earth (the earth) found throughout Genesis 6-8 is erets, #776 in Strongs Concordance. It means land.

The basalt carvings are amazing. no mean feat.

The Aryan Origin of the Alphabet: Disclosing the Sumero- Phoenician Parentage of Our Letters Ancient and Modern

Building upon his earlier works in which he proved a racial link between the Indo-Europeans in Europe and ancient Sumeria, in this work the author shows that the modern alphabet used in Europe (and thus most of the world) originated with a Proto-Indo-Hittite script which developed into Sumerian. This was then in turn transmitted to surrounding civilizations and ultimately became the written language of Western civilization. 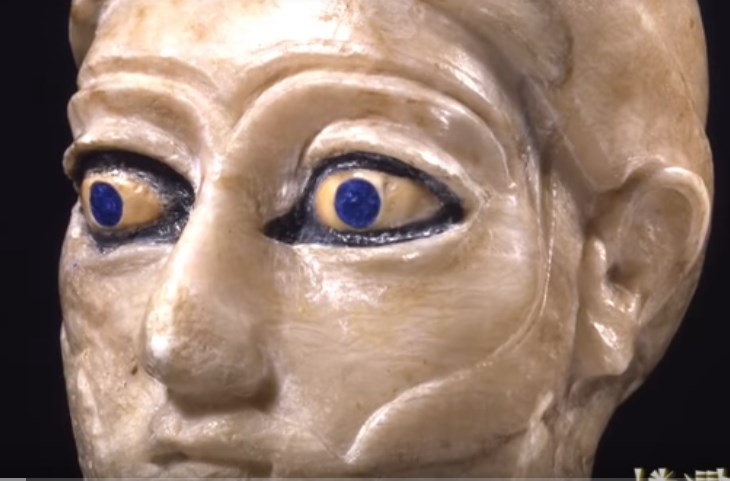 The reason there are so many similarities between Sumerian creation mythos and Genesis is that Ibrahim (Abraham, the father of Judeo-Christian-Islamic religion) was Sumerian. He came from the Tigris-Euphrates region and brought with him many of the same myths. It's that simple and that complicated. Don't over-analyze, you'll get a migraine.

Sumerian knowledge is mind blowing. The simple fact they knew planets and our solar system thousands of years before they should have is the mic drop moment. What we dont know still to this day is amazing

that is all fine but all of you forgeting 1 thing, sumeria is not the oldest civilisation, so they didnt come out of nowhere, there is an older or maybe oldest one in banks of Danube river in modern day Serbia, first metalurgy, first language, first calendar, but that is hidden.

I would love to know what those “handbags”contained?

No DNA test have ever been done on Sumerian people?

If you read on the history of civilization... it's a proven fact that these real and mythical stories came out of Mali tribes in Africa. From Astrology to written languages came from Mali and move North to surrounding tribes and really took hold on Kemet to Sumeria. Mali was the original tribes that talk about circumcision, Heavenly God, Earthly God, an Ark, 4 pairs of created human, masks, Amma, dog star, serpent, feathers, fishman. ?

elling the tale of the adventures of King Gilgamesh and his trustworthy friend Enkidu. "The epic of Gilgamesh, the oldest written story, known to exist. The oldest Existing versions of this poem dates back to 2000 BC in Sumerian cuneiform. While a complete version dates back to 700 BC in the Akkadian language. Even though the texts themselves were lost for thousands of years, the tale had still spread through to Europe and Asia. Even the Greeks and the Romans mentioned king Gilgamesh as late as 200 AD. The story was rediscovered in 1839 by a British archeologist, Austen Layard, leading to the uncovering of much of the lost Mesopotamian civilizations."

A look at the very last and one of the greatest Sumerian kings to hold sway over the Southern Mesopotamian Plain before the conquests of Sargon of Akkad.

I've read two different sources that have a few slightly different details, but you did a great job at condensing a 2 hour story into 25 minutes and not leaving any important detail out. Great job. Great reader.

The Epic Of Gilgamesh In Sumerian

I am from southern Iraqi people who are descended from ancient Sumer people and i really happy to hear my ancestor's art . Respect to this guy .

If the Sumerians wrote down the lyrics, I can believe that. But, I'm skeptical they had any kind of musical note writings. How does anyone know the tones, timing, and notes for the lyrics?

According to historian Rothman...'All that was known in Mesopotamia came from Armenia and that Armenia is the absent fragment in the entire mosaics of the ancient world civilizations construction'  from Rothman.....also from other historians. H.V. Hilprecht(1859-1925) a Clark research professor of Assyriology and scientific director Babylonian expedition at the University of Penn. argue that the Hittite tongue is Armenian and the Hittites themselves were of Armenian stock.....

The Anunnaki Creation Story: The Biggest Secret in Human History - Nibiru is Coming

The Epic of Gilgamesh (Full story)

Love the "Epic of Gilgamesh" as it proves that people back in 2000 B.C. LOVED great "Superman" stories too, just like today! I don't think people really took the story as fact back then any more than we believe in Superman or Dracula today, but it does show us that the story of the flood of Noah was pretty common, though society didn't really like it.

Stephen Paul  (edited)
You are giving an interpretation of Gilgamesh as though he was real. Read Gilgamesh & you'll see I'm telling the truth. Gilgamesh is nothing more than a modern day adventure of Super Man. Which is incredible that the Sumerians heroic tales still carry on to this day. We all love the hero.

Predates the Noah story, meaning the bible is full of shit. But many people already know that anyway. 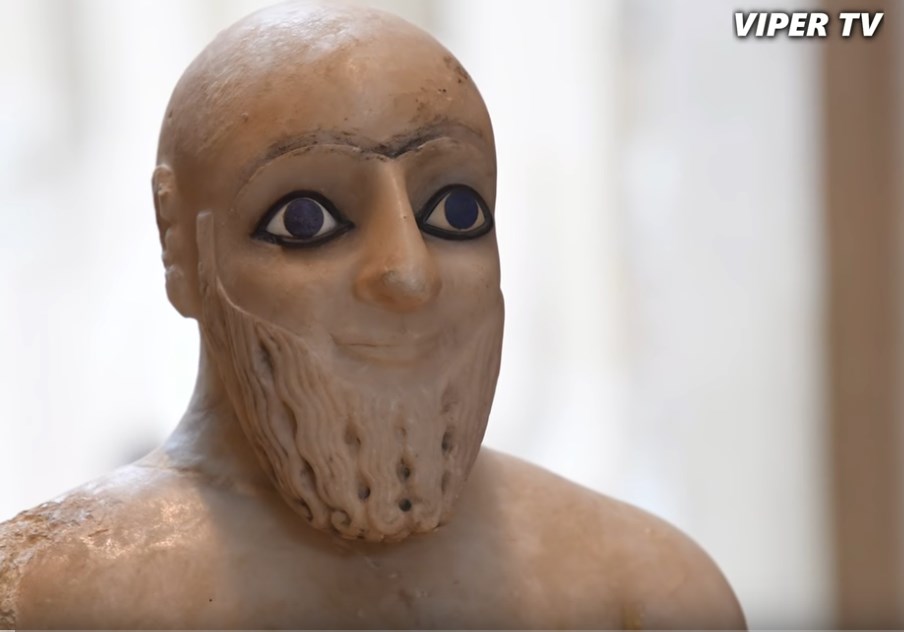 Home / Ancient History / The Aryan Origin of the Alphabet: Disclosing the Sumero- Phoenician Parentage of Our Letters Ancient and Modern

Sumer, The first Civilization from Wikipedia

Ancient Sumer LCJSMS2010 Uploaded on Oct 5, 2010 A brief overview of the culture, geography, and accomplishments of the ancient Sumerians https://www.youtube.com/watch?v=u-n84sDBEB4

"An eye for an eye ..." is a paraphrase of Hammurabi's Code, a collection of 282 laws inscribed on an upright stone pillar. The code was found by French archaeologists in 1901 while excavating the ancient city of Susa, which is in modern-day Iran".

4c. Hammurabi's Code: An Eye for an Eye

An Eye for an Eye

" The earliest flood legend in world mythology originates with the Sumerians, dating back to about 200BCE. The text found in Sumerian clay tablets provides impressive stories of the human origins and creation of mankind."

The great Flood through the Sumerian Tablets

For more on the ancient Near Eastern history visit my websitehttp://ashraf62.wordpress.com/
The story of a great flood that destroyed the earth was not unique to the Hebrews, who recorded it in the Bible. The Sumerians, who were earlier than the Hebrews, had what seemed the original version of the great flood, which was later copied/echoed in the Hebrew Bible. 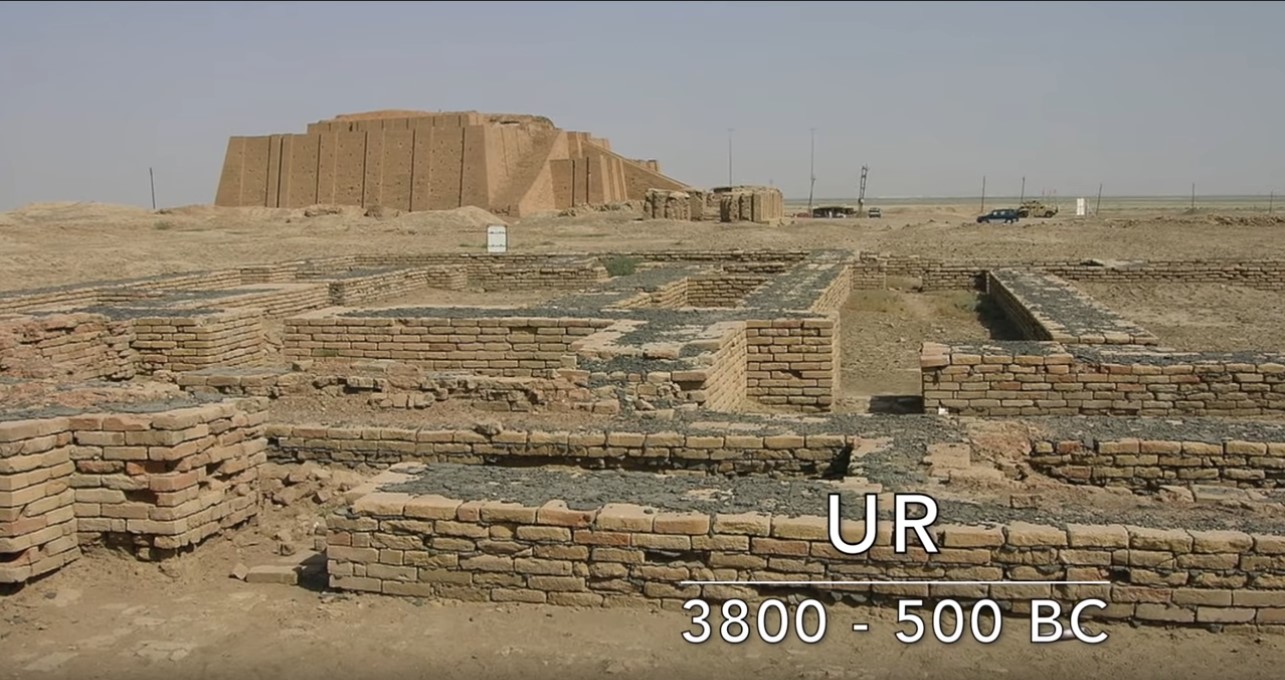 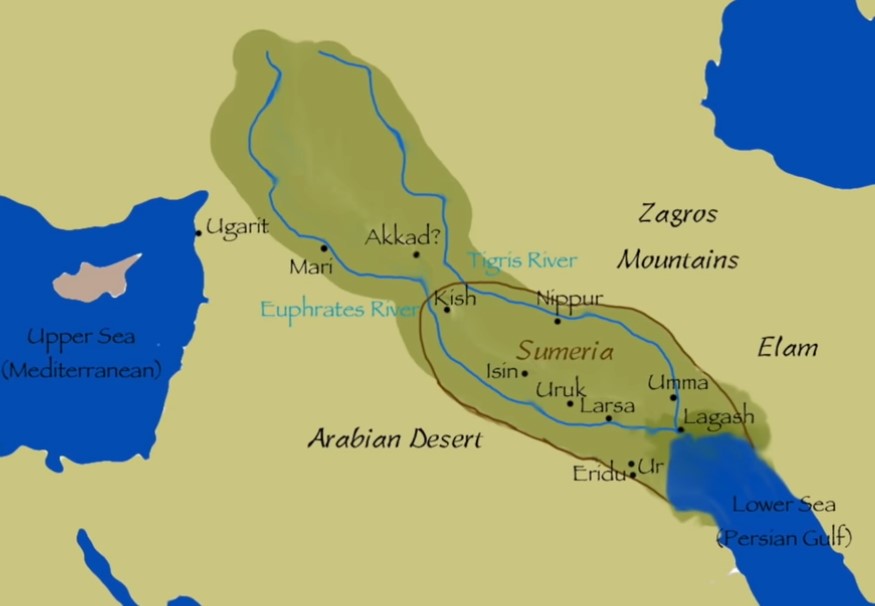 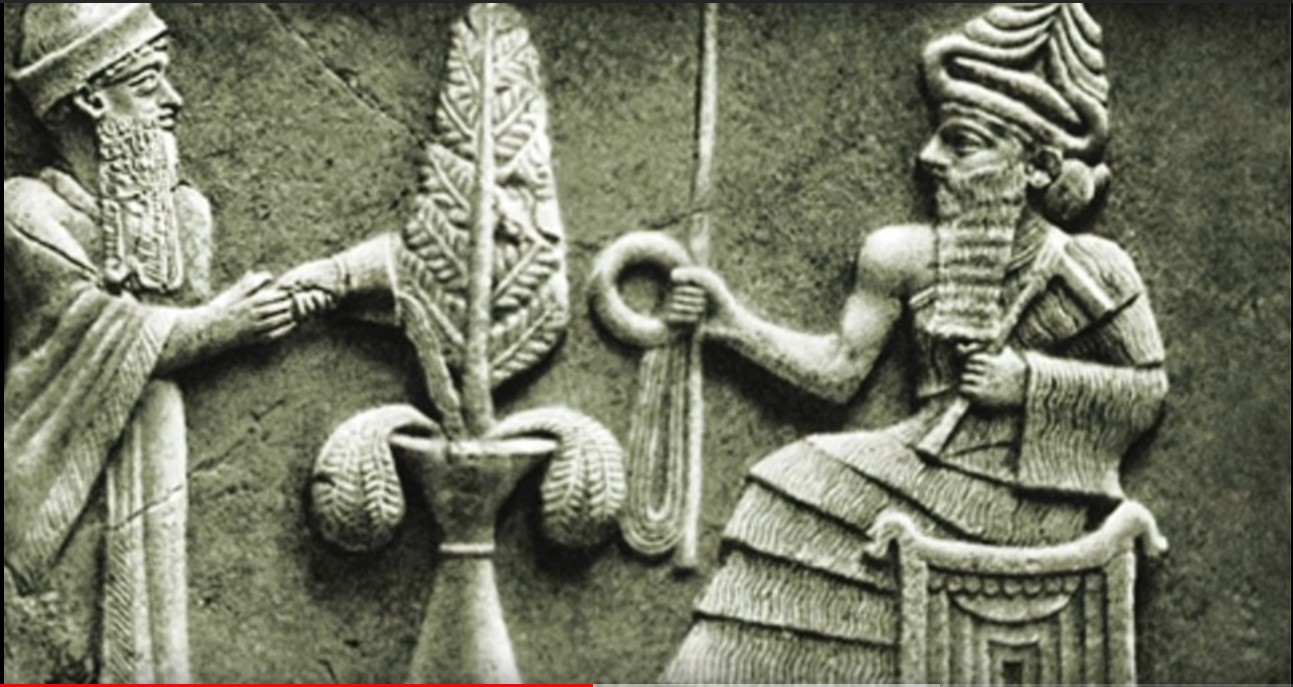 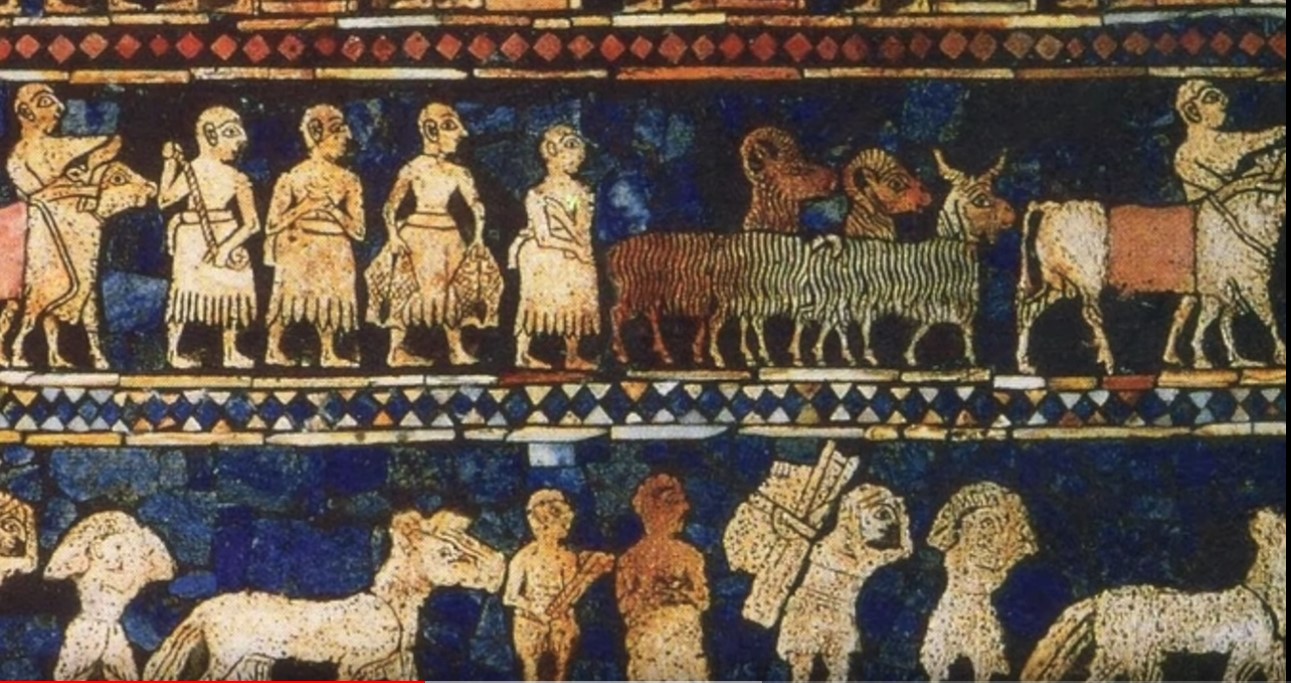 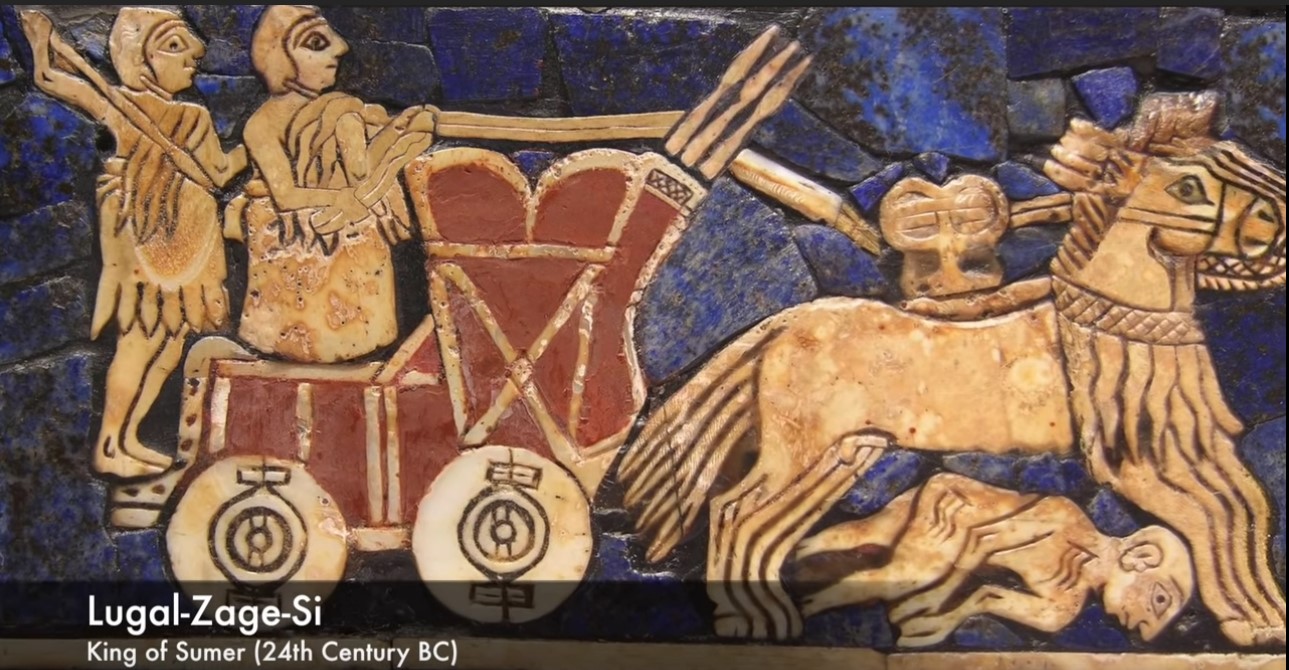 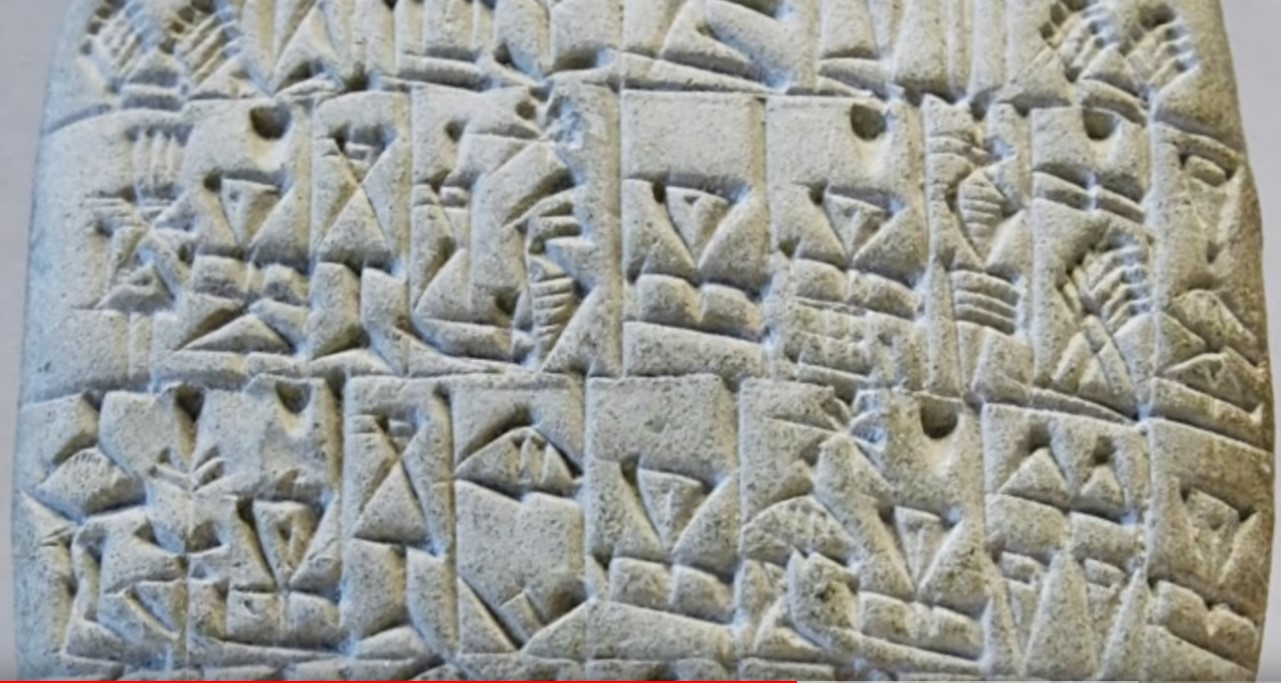 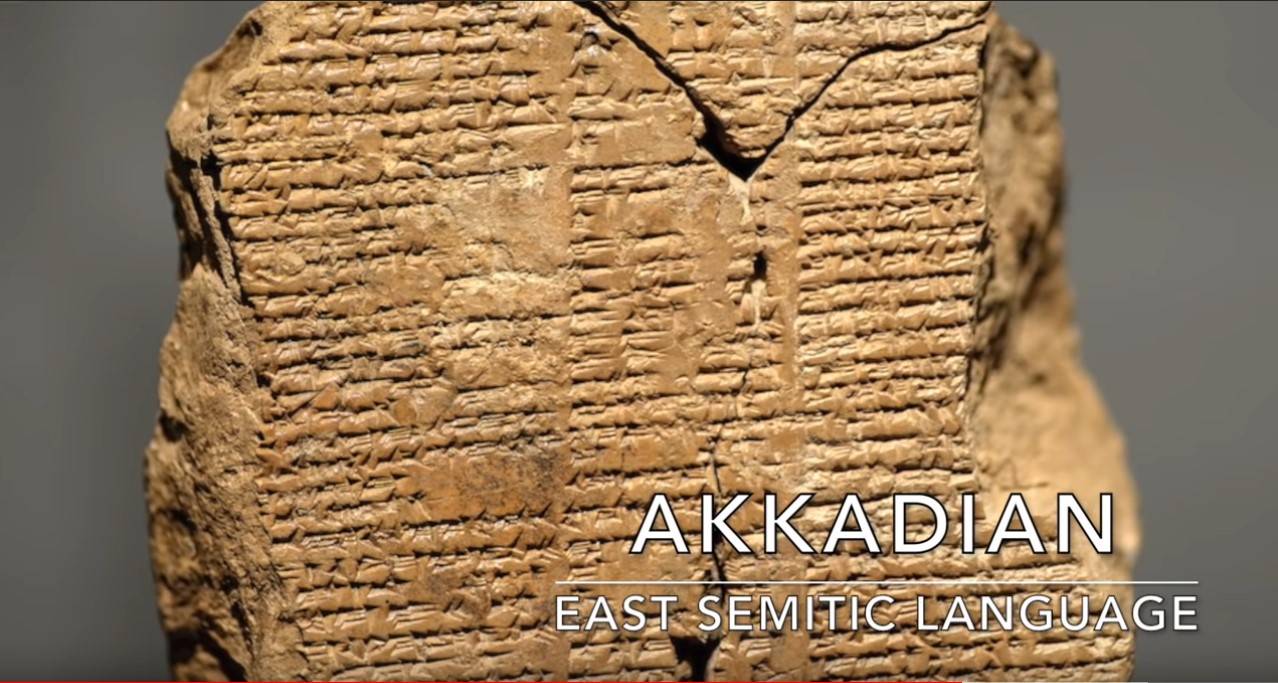 Helios Del Sol
That's so crazy how all those amazing cities were all abandoned one by one thousands of years ago. It's really too bad.

Toby Stewart  (edited)
I'd love to know what texts you refer to, for this summary. I have read the cuneiform from the period (there isn't all that much), and this is nothing like what I encountered. Perhaps you have source material unknown to major online archives. I've never read anything from the period that hint at the kingdoms and campaigns you describe, prior to Sargon. Yes, Lugash was overthrown, but there were reasons for this, set out in the Lugasdh cuneiform cones. They tie into the rise of Sargon. One cannot make such sweeping documentaries of this period, I do not think. There is simply too little actual evidence. Indeed, almost nothing at all can be argued without reference to each specific sentence, as each sentence is very much up for interpretation. 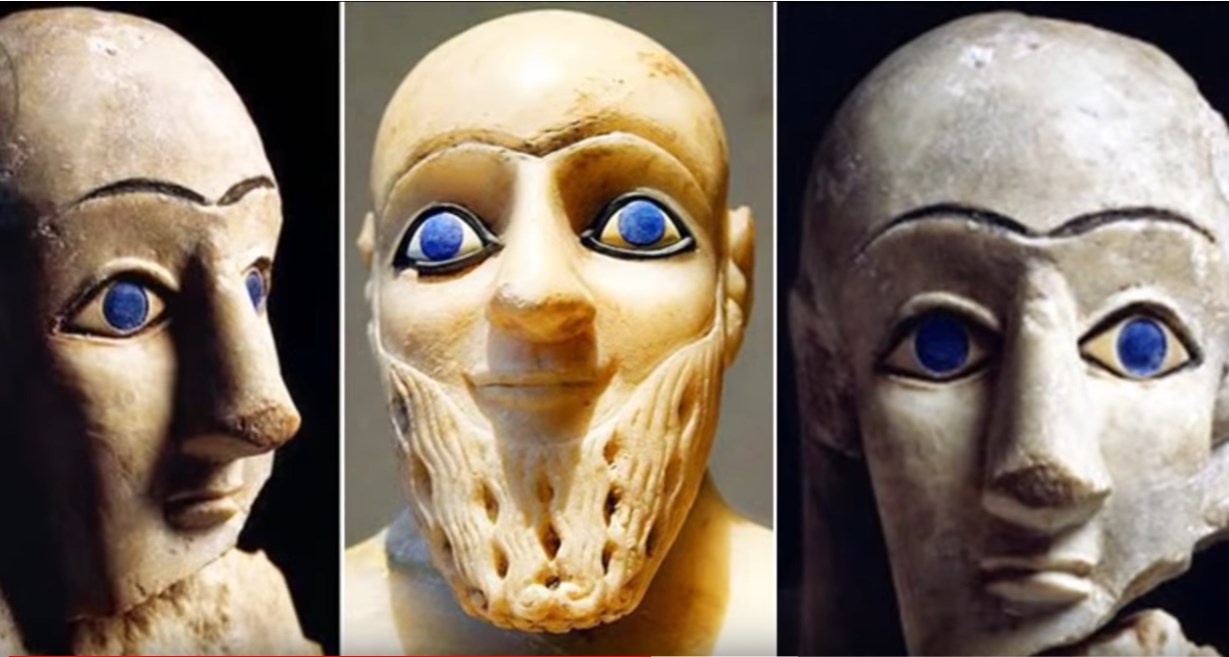 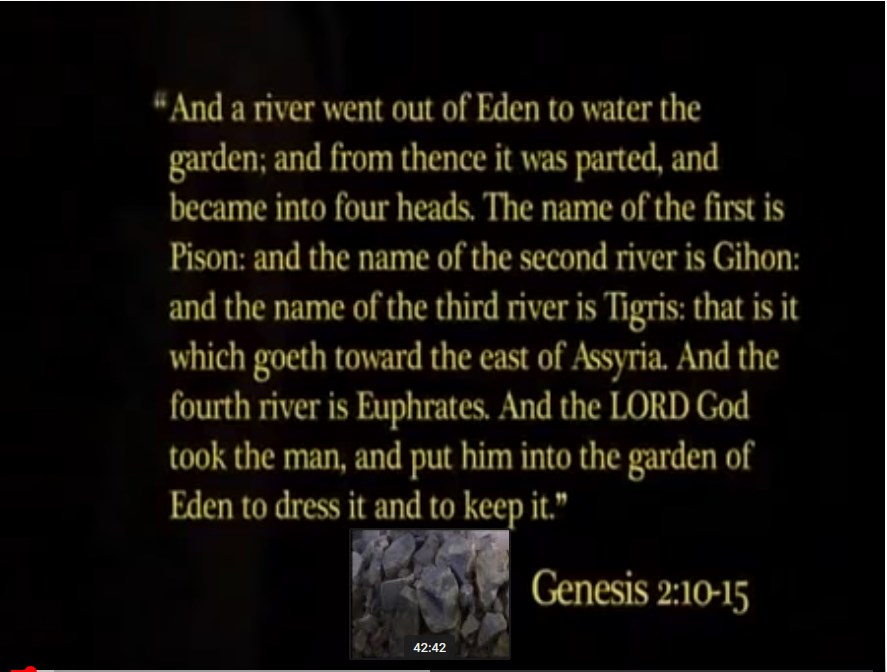 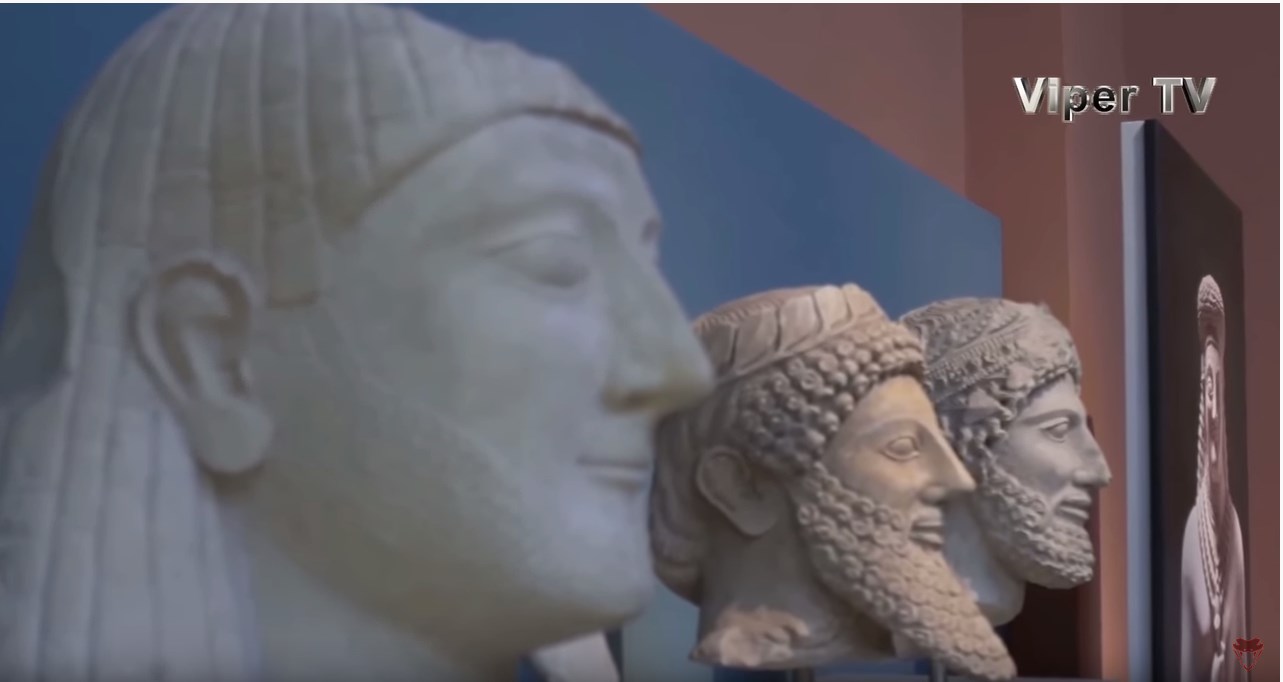 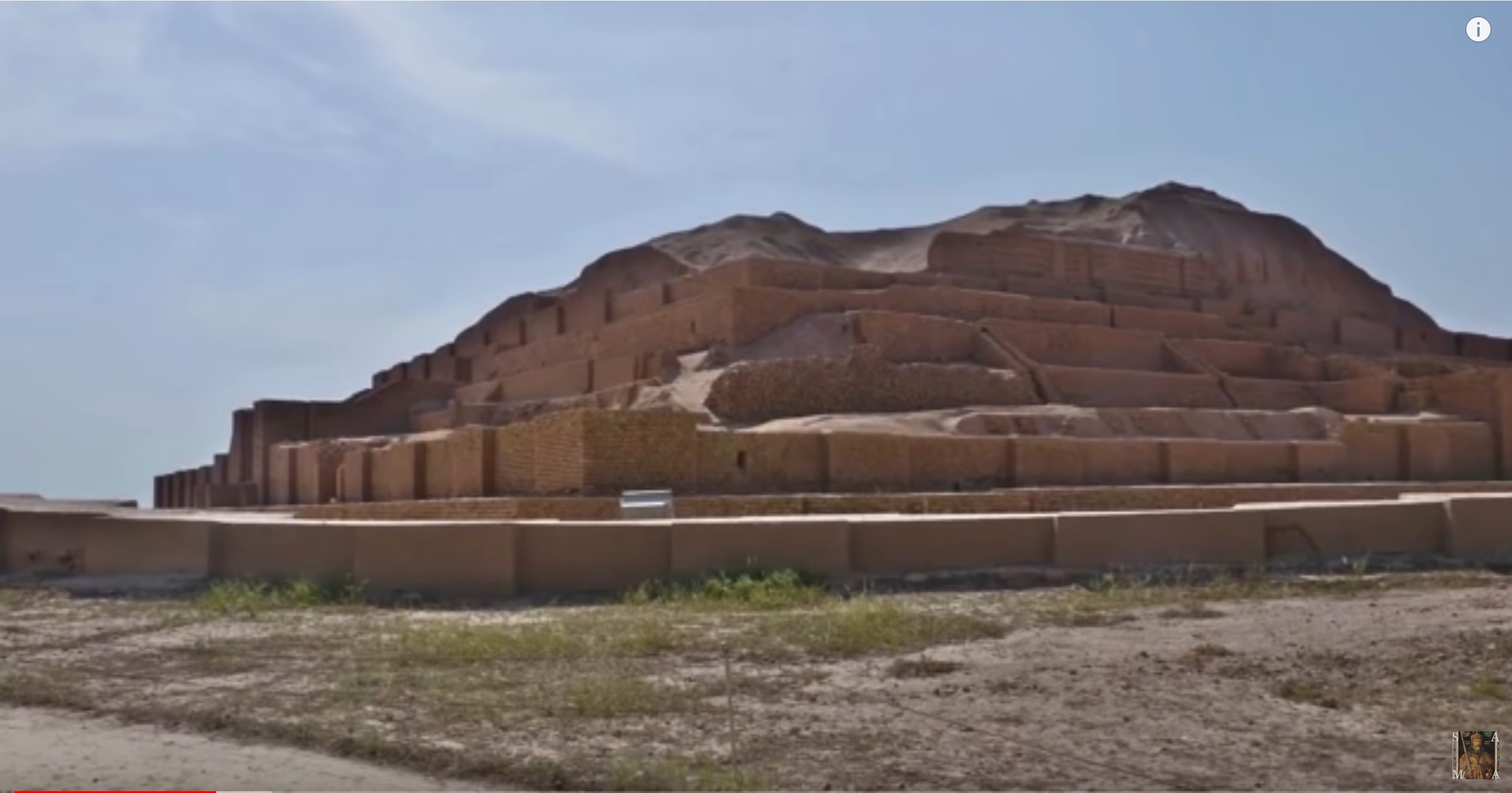 The History of the Elamite Empire

Elam was a region in the Near East corresponding to the modern-day provinces of Ilam and Khuzestan in southern Iran (though it also included part of modern-day southern Iraq) whose civilization spanned thousands of years from c. 3200 - c. 539 BCE. The name comes from the Akkadian and Sumerian words for “highlands” or “high country” while the Elamites referred to their land as Haltami (or Haltamti) which seems to have had the same meaning.

In this episode we follow the rise and fall of one of the earliest and greatest civilizations and cultures in human history. From their participation in the earliest war in human history to their isolated language and unique art forms, Elam and its people carved out a unique place for themselves in history. From religious tolerance to military expansion the Elamite Empire expanded and forever changed ancient Mesopotamia until it came to clash with the Assyrian Empire and would eventually be conquered, assimilated, independent again and then assimilated again by the great Persian Empire.

You hear much of the Assyrians, Sumerians, Babylonians, but not their neighbors like Elamites or Gutians, who were rival powers
Read 491 times Last modified on Friday, 24 September 2021 08:00
Tagged under
back to top