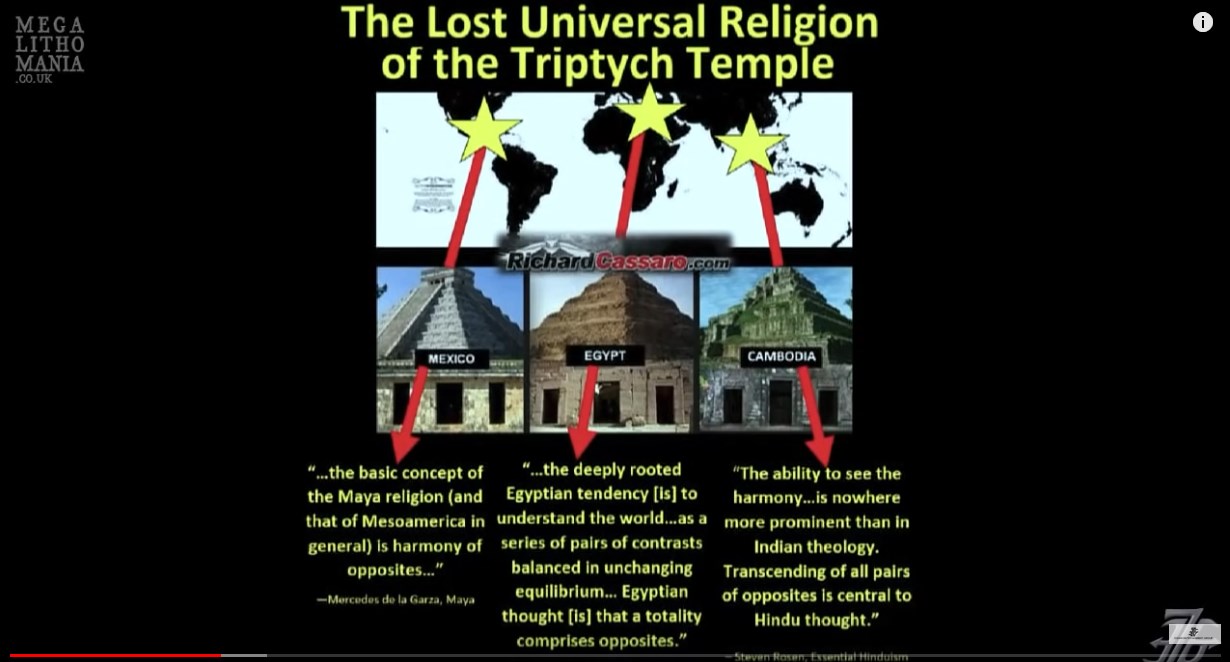 ZEG TV HIDDEN FROM THE PUBLIC
Published on Jul 10, 2018
Convincing evidence that seems to solve a number of mysteries regarding human history and the earliest civilizations. "The pyramid-cultures all built “Triptych” three-door temples, with the door in the middle wider and taller than the two flanking it. The abundant occurrence of the Triptych across the ancient world is not a random coincidence. The Triptych represents more than merely an architectural element; the Triptych is the chief symbol of an advanced Universal Religion that was once shared globally in Antiquity, mainly by the pyramid cultures. The discovery of the Triptych provides, for the first time, conclusive evidence that ancient cultures worldwide shared the same spiritual beliefs. It also indicates that these cultures did not evolve independently, but were probably descended from the same more remote parent source. 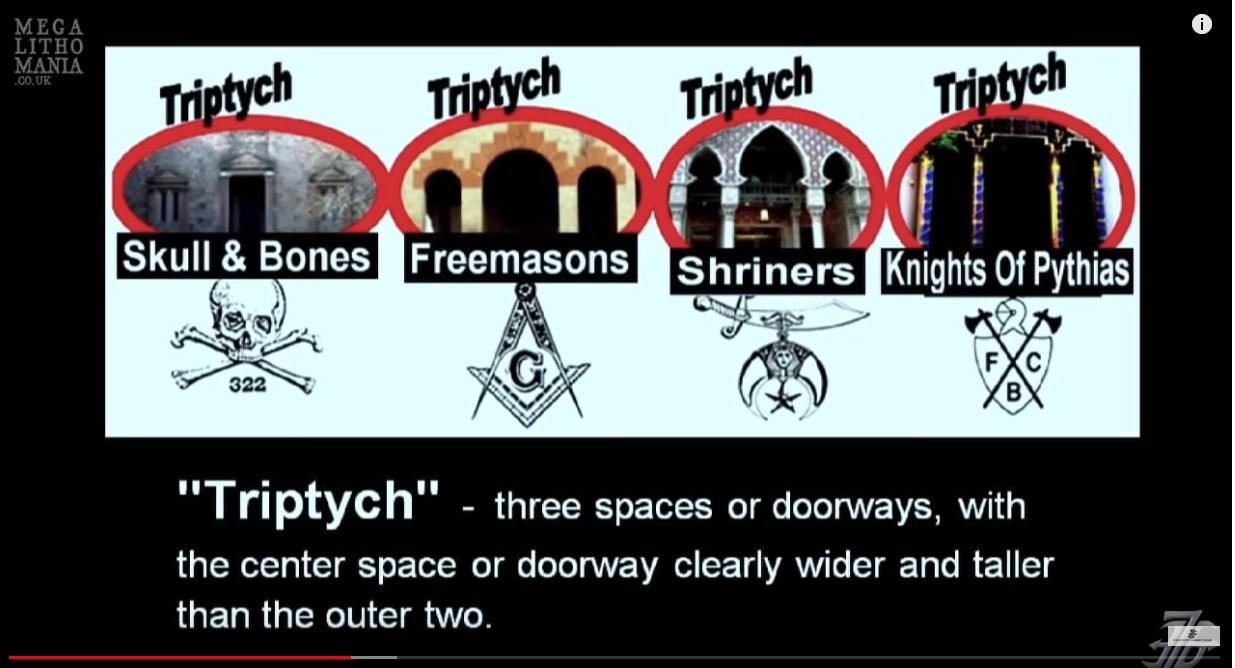 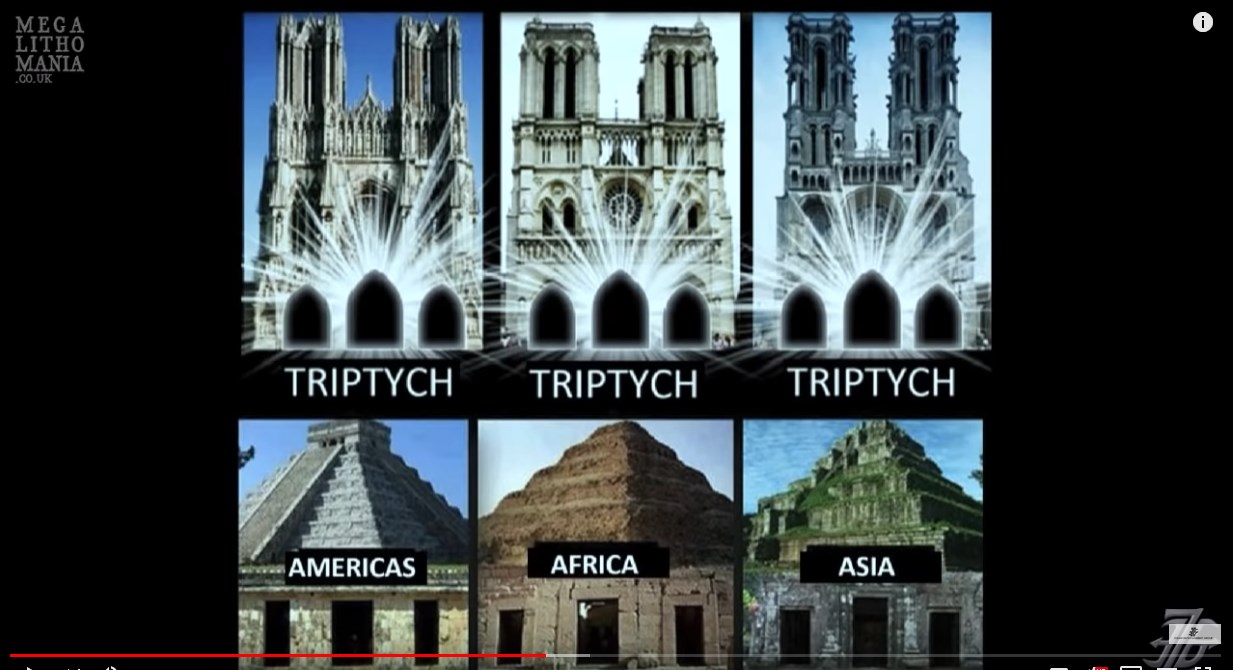