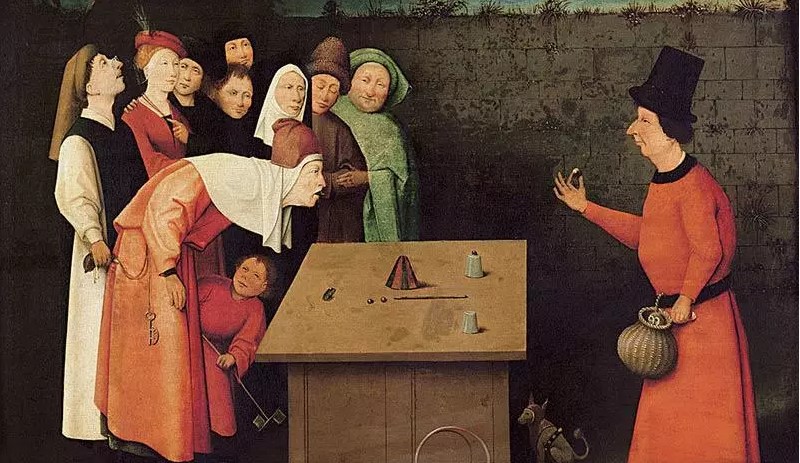 Nobody will ever know when people first started making tricks, one can only imagined the earliest people on the planet were doing tricks to entertain or scam.

"I can tell you that the oldest trick in the world is still widely performed today, especially by street magicians. It is believed to date back to Roman times when it was known as acetabula et calculi. The literal translation is Cups and balls."

What's the oldest trick in the world? - Nick Brown Close Up .. 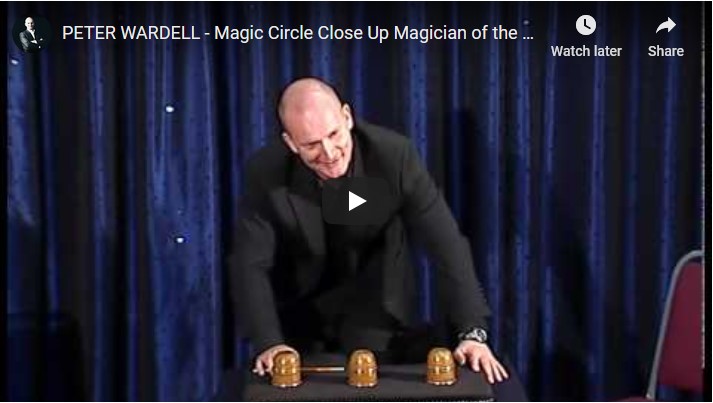 PETER WARDELL - Magic Circle Close Up Magician of the Year 2009 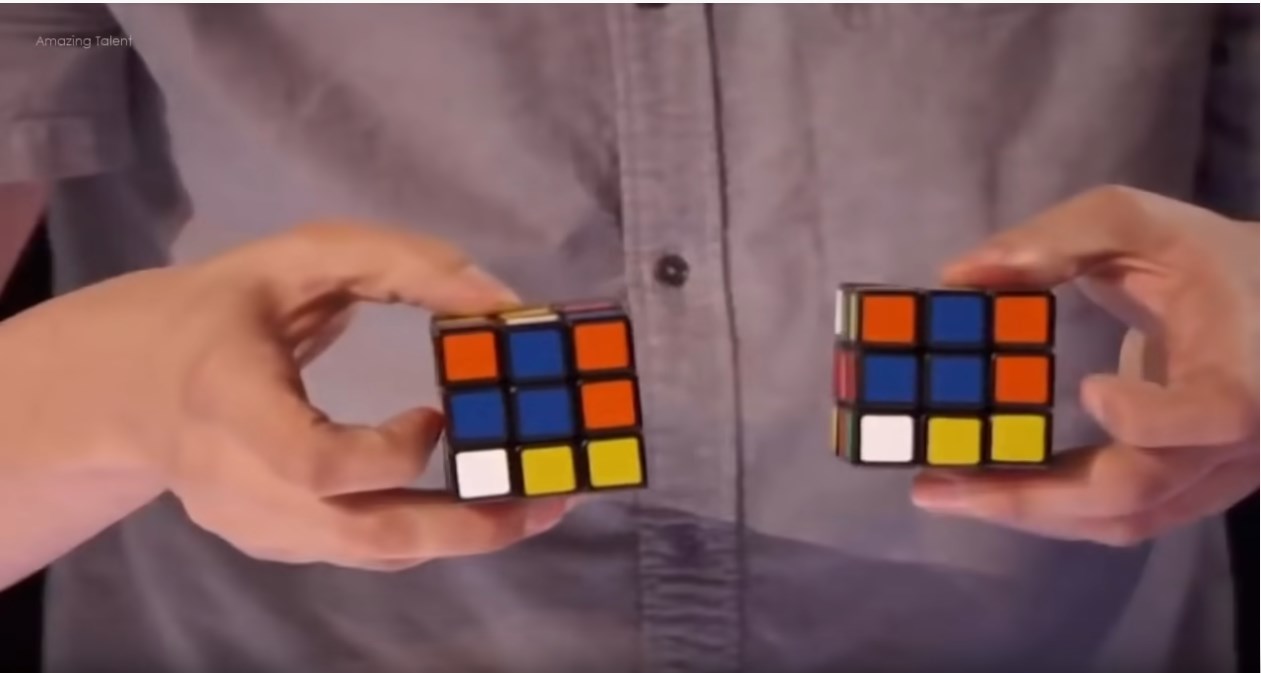 Watch Card magician and Winner of America's Got Talent 2014 (AGT), Mat Franco. Watch all of his amazing magic auditions and performances, including his final with Rosie O'donnell. What did you think about his auditions??

REAL Mind-Reader! Oz Pearlman The Mentalist on America's Got Talent | Magicians Got Talent

If this was back 1800's this man would've been burned at the stake.