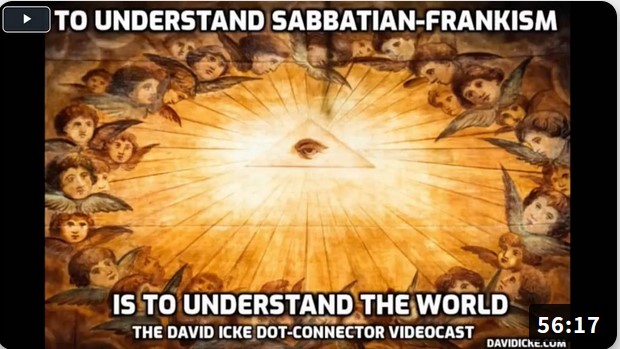 Jacwrd
So we see many countries doing away with the mandates. What makes you think once these mandates are lifted the war is over? Government puppets were always going to eventually lift the mandates...for awhile. It was just made to look like you pushed them into it. Use your smarts people. Covid was a ruse. A precursor to a “climate change” carbon credit economy which was always their end goal. COVID was their to begin part one of this climate agenda…the human cull. We’ll see this depopulation happening more so over the next few years, blaming war, famine, more fake viruses and climate change as the causation of so many deaths. The reality is that the vaccinated have been injected with engineered poison that is causing a slow death as their immune systems start to break down in a way that you would imagine AIDS to work…lesions, sores, shingles, lung infections, cancer and many auto immune diseases they won’t be able to fight off. The list is endless.!!!
These greasy murdering little pricks are allowing the Covid pandemic to burn out for a little while because they have in place all the legislation required to control the few who survive the cull over the coming years. They needed to thin the herd first. So, thanks to the many in support of a staged war and this scamdemic, volunteering themselves up as human pincushions, they have been awarded with a slow death, where part two of the agenda can then get underway. Covidism and War will transform into further manufacturered pandemic’s food shortages and Climate Change Emission lock downs.
The UN and WHO are owned by the worlds richest who decided long ago to turn the world into their private play ground and kill off all those pesky humans who are no longer needed. The surviving population who will weather the orchestrated financial collapse and the Covid bioweapon will see themselves housed in smart pods hooked up to carbon credit crypto. The new stock market. Surveilled 24/7.
This war on you is only beginning.

At 1:00:00 into the video, Icke talks about the part of the book of the Kabbalah called the Zohar which means radiance or illumination. The Sabbatean/Frankist's know how the mind and perception interacts with reality to create experience; they use this hidden knowledge, called the occult, to artificially manipulate human perception for purposes of control.

Bower changed their name to Rothschild which means red shield in German. The Bowers and Jacob Frank were the Frankist cult that merged with Sabbatai Zebi's cult and they used a front man named Adam Weisapt to create the Bavarian Illuminati. The star of David they use is actually the Seal of Solomon which makes since because the original freemasons were said to be the builder's guild of Solomon's temple.

What proof is there more then the bible.Jesus only exist in the bible.

No historian denies that Jesus was a real person who existed in history. Even athiest historians admit that He existed, they just don't believe He was divine.

Plenty of historians doubt Jesus existed. The figure of Jesus is based on the Egyptian god Horus. If you look up details about them both you will see amazing similarities. I'm sure we are spiritual beings but I think all organised religion is really about control and based on a lot of dubious myths