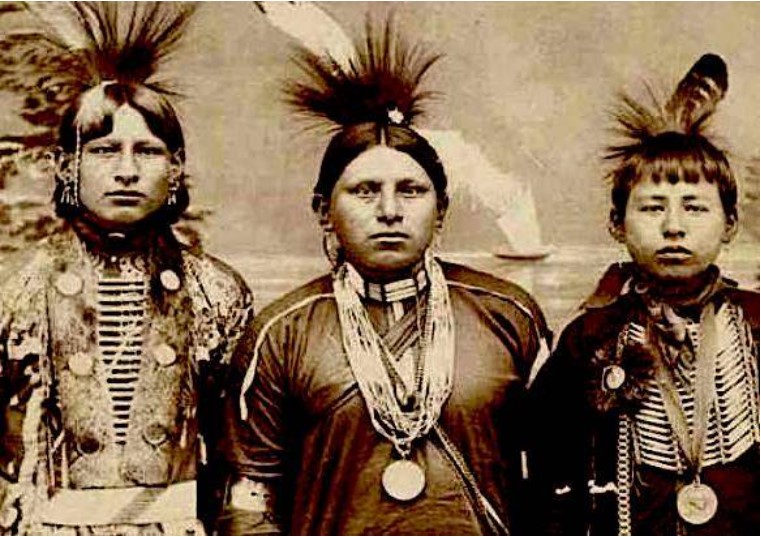 According to Almon Lauber’s booklet, Indian Slavery In Colonial Times Within The Present Limits Of The United States, published by the prestigious Faculty of Political Science at Columbia University in 1913, slavery and the slave trade were nearly universally practiced among the ‘Native’ Indians prior to the appearance of the White man on the North American continent:

…Individual instances of slavery proceeded from other causes. The Indians were inveterate gamblers, and when nothing else was left, both men and women not infrequently staked themselves to serve as slaves in case of loss. Such slavery was sometimes for life, and sometimes for such short periods of time as a year or two. In case of famine, the Indians even sold their children to obtain food.

The slaves possessed by a given Indian tribe were oftener obtained through barter with other tribes. This intertribal traffic, though probably not common, was evidently far-reaching. Owing to the wandering habits of the Indians and their custom of bartering goods with other tribes, articles of copper became distributed throughout the North west, especially in Wisconsin. The Illinois Indians possessed slaves who came from the sea coast, probably Florida. The Illinois also bartered their slaves with the Ottawa for guns, powder, kettles and knives, and with the Iroquois to obtain peace. Marquette found (1673) among the Arkansas Indians, knives, beads and hatchets which had been obtained partly from the Illinois and partly from the Indians farther to the east. The Jesuit, Grelon, relates that in Chinese Tartary he met a Huron woman whom he had known in America.

The transition from the method of obtaining slaves by actual warfare and barter to that of mere slave raids was an easy one. The desire to gain the reputation of a skillful hunter, and, still more, of a brave warrior, and thus to win the esteem and regard of his tribesmen, was inherent among the natives. To be a brave warrior was to be truly a man. So eager was the Indian to acquire the name of “brave ” that he unhesitatingly underwent any hardships to obtain slaves or scalps as a proof of his qualifications for the title. This means of obtaining slaves was used by the stronger tribes like the Illinois and the Iroquois.

The slaves bartered by the Illinois were generally taken in the territory beyond the Mississippi. This the Illinois were better able to do after the coming of the whites, as they were provided with guns, while the Indians to the westward had no weapons of the sort. One of the chief sources from which these slaves was obtained was the Pawnee nation. In 1719, Du Tisne wrote to Bienville, the commandant at New Orleans, that the Pawnee were afraid of him when he arrived among them, as their neighbors, the Osage, had made them believe that his intention was to entrap and enslave them.

And yet our government-subsidized Marxist indoctrination centers — also known as ‘schools’ — insist that the “noble” Native Indians were morally superior to the evil, greedy White Man who “genocided” tens of millions of them while robbing them blind.

Natives would trade their own mothers and daughters away for a pretty handful of beads if it suited them, as Lauber’s book makes clear.

Read the Captivity Narrative of Mary Rowlandson, a young White woman who was abducted during an Indian raid in Massachusetts in 1675 — and you will quickly be disabused about any romantic idea of the “noble” Indian.

Captivity Narratives contain a wealth of first-hand eyewitness accounts of what it was like for White colonists to interact with these “noble” savages — E. F. Abbott’s captivity narrative of Mary Jemison is especially enlightening.

The White Man called them “savages” for a reason –and it wasn’t because of “racism” — it was from observing their often sadistic and inhuman behavior.

And, no, the Indians did not behave this way in response to how the White man treated them — “the devil made them do it” excuse.

That they would have an scruples against trading in slaves is laughable — they certainly didn’t learn slavery from the White Man.

And that explains why some the earliest owners of Black slaves in America were Native Indians.

But since none of this fits into the official kosher narrative of “White Man Bad, Red Man Good” promoted in schools, this reality must be virtually ignored, except by certified academic Leftists who will use this historical information “responsibly” — certainly not to incite “racial hatred”. 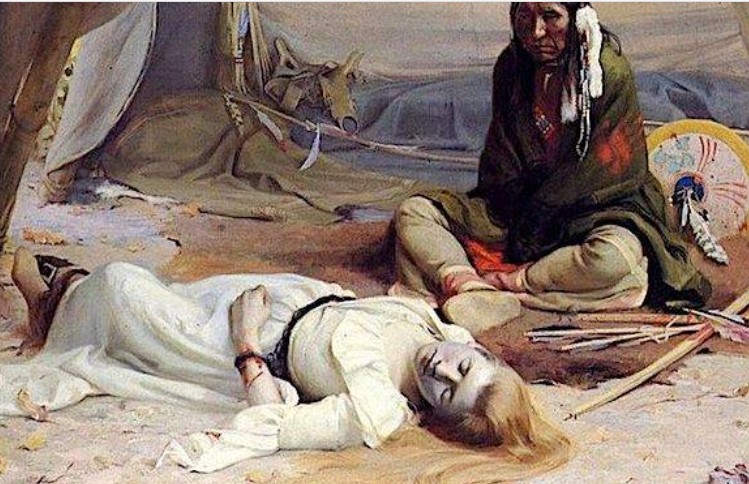 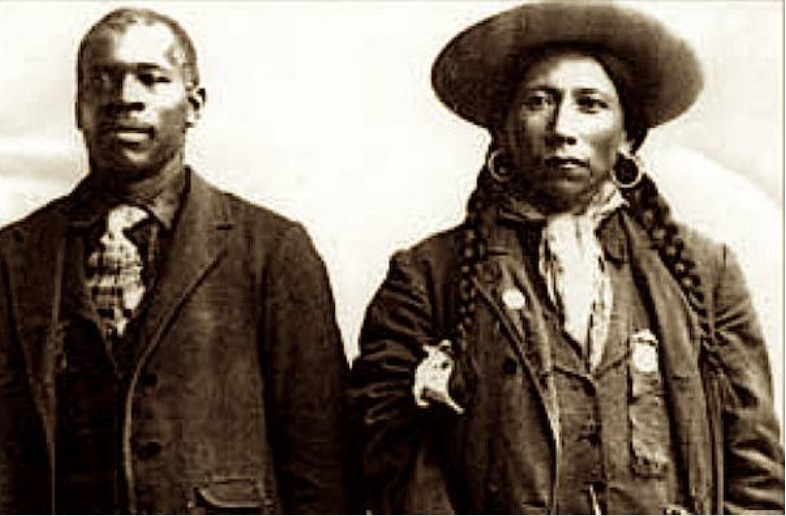 Thousands of descendants of black slaves were brought to Oklahoma more than 170 years ago by Native American slave owners. The Cherokee nation voted after the Civil War to admit the slave descendants to the tribe. But recently, the tribe’s Supreme Court ruled that a 2007 tribal decision to kick the so-called ‘Freedmen’ out of the tribe could be upheld.
Originally appeared at: Christians For Truth
Read 1801 times Last modified on Wednesday, 26 October 2022 22:37
Tweet
Tagged under
back to top