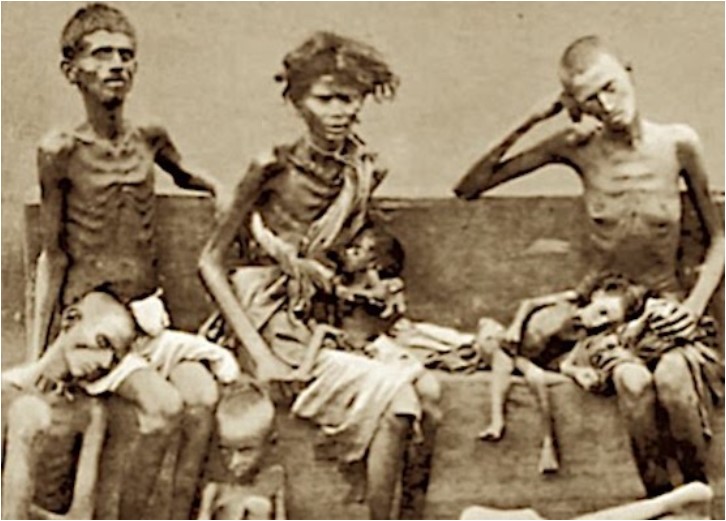 78 years after they were allegedly ‘gassed’ by the Nazis, the remains of the bodies of 286 Jews, mostly women and children, were found in a basement under the market square in the town of Stanov in Khmelnytsky Oblast, Ukraine:

The remains of the bodies were collected in sacks – and these will be buried in a mass grave in the city’s ancient Jewish cemetery.

According to KGB documents and testimonies of Jews returning to the city after the war, on the night of May 14-15, 1942, the Nazis rounded up 286 Jews, mostly women and children, and put them in two cellars – where they killed them with gas. “The Nazis did not even use With bullets and killed the Jews with terrible cruelty in the cellars, “says Rabbi Alexander Feingold, rabbi of the Khmelnytsky and Ternopil districts in Ukraine, where about 7,000 Jews.

After the war, the cellars were opened, but it was decided to leave the bodies in place with a sign indicating that they had been murdered by the Nazis. Above the basements was a ruined house, and over the years the entrances to them disappeared. A large market operated for many years.

For the past six years, Rabbi Feingold has waged a struggle with the authorities and with the landowners to allow him to search for the remains of the bodies and remove them. The landowner refused, and the community waged a legal battle against him in which they lost. Eventually, they were able to reach an agreement with him and the community took ownership of the land.

In 2019, searches began at the site, and one of the basements was discovered. About 200 sacks were collected at the site, including human bones. “We brought in experts from Israel and the Ukraine and we could not find the second basement,” says Rabbi Feingold. “It was very hard work. We did a lot of drilling and lifted the ground with bulldozers, but we didn’t find any. At some point we were already discouraged. About two weeks ago we made another attempt, and then we managed to find the second basement opening.”

In the basement were the remains of the bodies of the Jews, along with pieces of clothing, children’s shoes, and even parts of arrangement with which they went to their deaths. “It was very difficult to collect the remains because they were connected to the ground. We also found a mezuzah house there, and from this we conclude that above the basement was a house of Jews.

We keep all the bags in the basement, and after we finish the work we will bury them in a mass grave in the old Jewish cemetery in the city where Jews have been buried for over 500 years. When you see shoes of children aged two and three it is impossible to describe the feeling. It’s really chilling.” According to Rabbi Feingold, the community will establish a park in memory of the victims near the site of the massacre.

We know there’s something fishy with this story because the mainstream Jewish news sites don’t mention any Nazi ‘gassings’ in the basement — merely that their were ‘suffocated’ — apparently even the Jewish editors at JTA didn’t believe the preposterous ‘gassing’ allegation.

Not only that, the Yad Vashem Museum in Israel claims the victims were either ‘suffocated’ or ‘starved‘ — which should set off alarm bells for anyone who understands real Ukrainian history.

The Nazis didn’t intentionally starve anyone to death — that’s what the Jews did to the Ukrainians during Soviet farm ‘collectivization’.

And, yes, the Ukrainian men and women were often separated — which accounts for why mostly women and children were discovered in the basement.

During the 1930s, the Jewish Bolsheviks, under direct orders from the Jew Lazar Kagonovich, at least 10 million White Christian Ukrainians were intentionally starved to death in what today is known as the Holodomor — the greatest single mass murder of the 20th century.

That’s what the so-called “Holocaust” actually is — an clumsy attempt to blame the Nazis for crimes against humanity committed by Soviet Jews — before, during, and after WWII.

That’s what the Jews attempted to do with their infamous mass murder of Poles in the Katyn Forest — blame it on the ‘evil’ Nazis.

And notice the story doesn’t mention any DNA tests that were run on the bodies found in the basement — the only ‘proof’ that the bodies were Jews is that there was allegedly a ‘mezuzah’ on the door way to the house — but all that means is that a Jew probably lived in that home at some time in the past.

Of course it would be very easy to prove that these people were ‘gassed’ by the ‘Nazis’ by detecting cyanide gas — or whatever gas was available — in the hair and clothing of the victims — but no such tests, of course, were done.

That’s because there is not one shred of objective evidence that even one single Jew was ever ‘gassed’ during World War II.

And the claims of mass cremations are scientifically and physically impossible.

Here’s what really happened: the local Jewish commissar ordered the corpses of a couple hundred dead women and children who were starved to death thrown in the basement of an abandoned house formerly owned by a Jew who fled the area once the mass killing started.  After the war, the Soviets didn’t want to go to the bother or expense of burying all those bodies, so they ordered the whole building bulldozed over — and if anyone asks questions, blamed it on the defeated Nazis.

And the greatest insult of this whole story is that Christian victims of Jewish genocide will be buried in a Jewish cemetery — and misidentified as ‘Jewish’ victims.