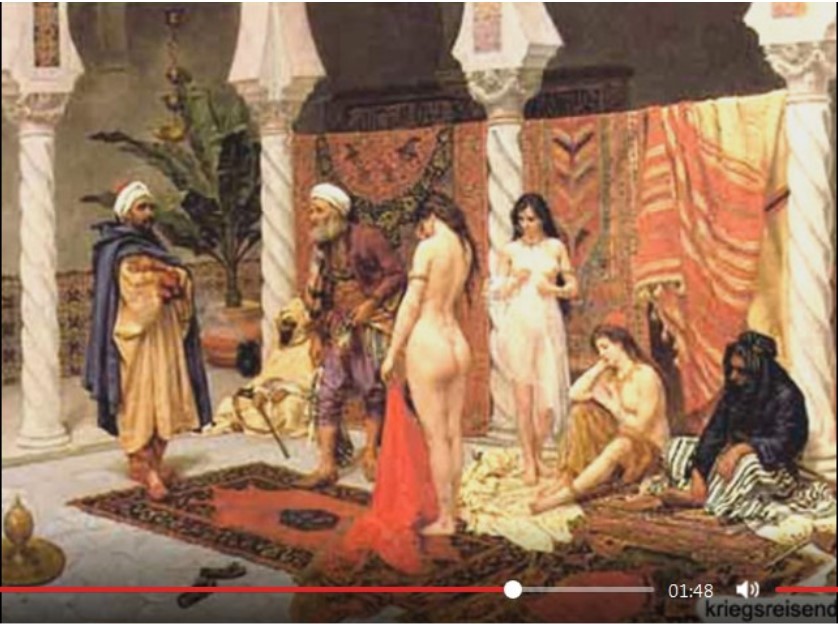 Jewish Ownership Of Slavic White Slaves In The Ottoman Empire

Blond, tall, with honey-colored eyes: Jewish ownership of slaves in the Ottoman Empire

Hundreds of Hebrew written sources, dozens of official decrees, judicial records (sijillat), and reports of European travelers indicate that slaveholding particularly of females of Slavic origin - in Jewish households in the urban centers of the Ottoman Empire was widespread from the sixteenth to the nineteenth centuries. This halachically and legally problematic habit was an unparalleled phenomenon in any other Jewish community in the early modem period. The presence of slaves in Jewish households effected family life in many ways. I dealt with two of them: The first is cohabitation of Jewish men with female slaves, usually non-Jewish, who in effect served as their concubines and bore them legitimate children; the second is marriage with manumitted slaves who converted to Judaism and became an integral part of the community. These phenomena attest once again to the great extent to which Jewish society and its norms and codes were influenced by Muslim urban society, and the gap between rabbinic rhetoric ideals and the dynamic daily existence of Jews from all social strata.

Slavery and slaveholding has been among the most outstanding aspects of life in the various and varying Muslim societies over the centuries. As is reported by hundreds of Hebrew sources, dozens of official ordinances, documents produced by the Shari'a courts, and the reports of European travelers, slaveholding was also common among Jews in Muslim lands. The ownership of women, in particular, was widespread in Jewish households in the Ottoman Empire on the threshold of the modern era. It was certainly far more common than in Jewish communities in North Africa or Europe. What we know about this practice may now be considerably enlarged thanks to my discovery of about 100 as yet unknown documents from the seventeenth-century court registers of Hasköy, one of the quarters of Istanbul. These documents, especially as we will now study them alongside known rabbinic sources, provide information that both supports existing data and permits asking new questions.

Slavery in the Ottoman Empire

Research on slavery in the Ottoman Empire first concentrated on economic and legal issues; the early studies of Ehud Toledano are especially noteworthy.3 During the past 15 years, research has concentrated on the existence of various classes of slaves, their mobility from one place and one master to another, and on bonds of loyalty and patronage. Growing academic interest in the history of women and minorities has drawn the attention of scholars to the lives of the slaves themselves. The first study dealing with slavery in the Muslim world in its Jewish context was an article published by Simha Assaf in 1939, who indicated how widespread Jewish ownership of slaves was and who discussed the status of slaves under the headings of the "law of the land" and the halakhah. The first to enter the fray was Haim Gerber, followed by Ovadia Salama.6 In the mid-1990s, Ruth Lamdan wrote on Jewish slaveholding in Syria and Palestine during the sixteenth century, which addressed the institution's halachic and social aspects and focused in particular on the distress slaveholding caused the wives of owners.

The documents concern female slaves almost exclusively; I found only one case concerning a male. Slavery thus seems to have been limited to those who would provide household services of the kind exclusively performed by women, including sexual ones.
This helps explain why nearly all the slaves were white females, principally of Slavic origin captured during Ottoman campaigns, or by their Tatar collaborators in Eastern Europe, with only a few of other provenance - Circassian, Caucasian, Hungarian, and Austrian. Black
slaves are not mentioned. Physical descriptions of female slaves remark about fair hair and light-colored eyes, although, possibly, this simply reflects the general characteristics of the captured and enslaved women; male preference, however, should not be ruled out.10
Women, too, bought slaves, but most likely the traits women sought out were domestic skills, physical strength, and an obedient nature. Beauty, for them, was no doubt for the most part irrelevant, although it may have been they considered slave owning an act of conspicuous consumption, the slave being a "beautiful object" to be shown off. No wonder, the documents speak of female slaves who were deformed and scarred.

Many, if not the large majority, of the women brought from Balkan and Eastern European regions were originally Christians, and they are identified accordingly as nasraniyye, isaviyye milletinden. When religion is not specified, we may assume that at least some of the women had converted to Judaism and were given Jewish names. Others retained their Slavic or Balkan birth-names. 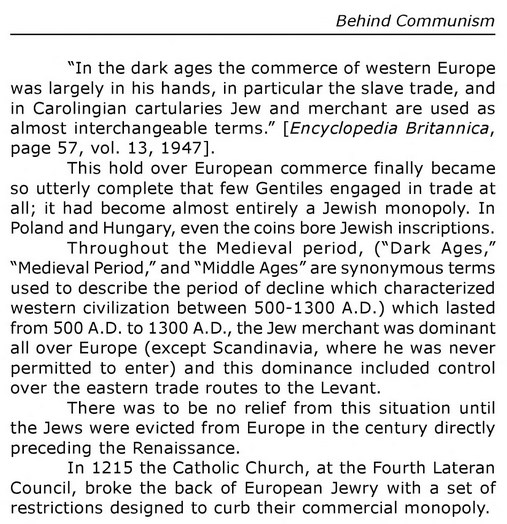 Jewish Involvement In
Black Slave Trade
To The Americas 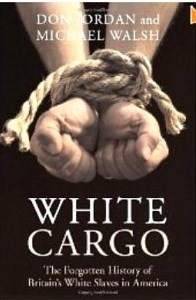 "In the dark ages the commerce of western Europe was largely in his [the Jew's] hands, in particular the slave trade, and in Carolingian cartularies [registers] Jews and merchants are used as almost interchangeable terms."
http://books.google.co.uk/b...

"Even in the days of the secession crisis, and the subsequent prolongated war and eventual defeat, many Southern Jews believed slavery to be indispensable to their happiness and security."
http://books.google.co.uk/b...

"On the Caribbean island of Curacao, Dutch Jews may have accounted for the resale of at least 15,000 slaves landed by Dutch transatlantic traders, according to Seymour Drescher, a historian at the University of Pittsburgh. At one point, Jews controlled about 17 percent of the Caribbean trade in Dutch colonies, Drescher said.

"Jews were so influential in those colonies that slave auctions scheduled to take place on Jewish holidays often were postponed, according to Marc Lee Raphael, a professor of Judaic studies at the College of William & Mary.

"In the United States, the Jewish role in the slave trade has been a matter of scholarly debate for nearly two decades, prompted in part by efforts to refute the Nation of Islam’s claim that Jews dominated the Atlantic slave trade. But in Holland, the issue of Jewish complicity is rarely discussed."
http://www.jta.org/2013/12/...

"Jews also took an active part in the Dutch colonial slave trade; indeed, the bylaws of the Recife and Mauricia congregations (1648) included an imposta (Jewish tax) of five soldos for each Negro slave a Brazilian Jew purchased from the West Indies Company. Slave auctions were postponed if they fell on a Jewish holiday. In Curacao in the seventeenth century, as well as in the British colonies of Barbados and Jamaica in the eighteenth century, Jewish merchants played major role in the slave trade. In fact, in all the American colonies, whether French (Martinique), British, or Dutch, Jewish merchants frequently dominated.

"This was no less true on the North American mainland, where during the eighteenth century Jews participated in the 'triangular trade' that brought slaves from Africa to the West Indies and there exchanged them for molasses, which in turn was taken to New England and converted into rum for sale in Africa. Isaac Da Costa of Charleston in the 1750's, David Franks of Philadelphia in the 1760's, and Aaron Lopez of Newport in the late 1760's and early 1770's dominated Jewish slave trading on the American continent."
http://books.google.co.uk/b... (page 14)