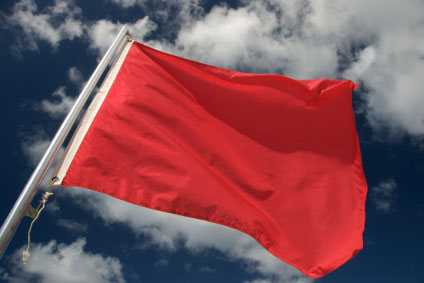 It is absolutely critical for all individuals to know that the most important representation for your life is "we the people".  This motto is also well known as part of a democratic constitution which preserves a way of life, allows free speech, education for all and the right to protest and criticise.

The media makes out that most western countries are democratic governments.  One can argue that this isn't really the truth and they are actually in most instances Socialist countries as we are not given any say in the running of the country or the right to free speech.  Our point of view is for the most part not discussed in the media and instead a carefully biased agenda is portrayed.  There are still some Western countries such as the United States which retain these democratic rights however if you investigate it closely you will see that there is groundwork to remove this in the near future.

Socialism does not believe that individuals should be allowed to voice their opinions and criticisms. In many countries today, and in the past if  people  expressed  their  opinion they would soon find themselves in jails,  concentration camps, tortured, and sometimes shot.

All  left wing parties are socialist parties including the Labour Parties, Social Democrats, Christian Democrats, The Greens and Communist Parties just to name a few.  There are some right wing Socialist parties such as the National Socialists who generally work with free enterprise and corporations though many people also feel that these group are left wing.

Utopian socialists advocate in a completely classless society and promote that workers have democratic control over the means of production and the distribution of goods.  This is a trick and what actuallys happens is that the central government makes the decisions and the workers do as they are told.  Socialist believe this control is necessary to eliminate competition among the people and put everyone on a level playing field. They believe that everyone works so everyone should reap the same benefits and  prosper equally. The reality is that this is never the case as by nature some people will be driven to work hard while others won't.  This happens in both Socialism and free enterprise however at least in a capitalist business, those people who work hard generally get promoted as individuality is considered important and they are rewarded with extra gains.

Other features of socialialism include the provision of all citizens with equal earnings, medical care and other necessities.  Individuals are also not allowed to own private property.

One of the fundamental features that works well for socialism and is adopted by many countries today is the belief in having finanical assistance for the less wealthy citizens such as free medical cover or unemployment benefits.

An example of National Socialism is Germany under Adolph Hitler whose National Socialist Party worked with industrialists and banned workers unions and guns. The workers didn't have democratic control over production, which it is one of the basic characteristics of socialism.

Originated it in England in  1948, this branch was born from the conflict between competitive industry and Christian principles.  Christian socialist societies are mainly led by so-called religious leaders rather than socialist groups.

This form of Socialism opposes domination by the family , state religions leaders and the wealthy. They are completely opposed to any form of repression and has been associated with some radical events including assassinations in Italy,  Greece and France plus the U.S. president William McKinley who was assassinated by an anarchist.

Other beliefs generally held by Socialism include: 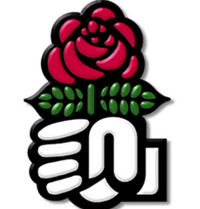 The red flag is a symbol of socialism, communism, and the left wing politics. It has been associated with left-wing political ideologies and was originally adopted by the French revolution in 1789-99. This red flag symbol was used again some fifty years later (1848) during the Year of Revolution in Europe.

The red flag was the emblem of the British Labour Party until 1986 when it was replaced by a red rose.  This new symbol is a variation of the "fist and rose"  emblem which was popular at the time with moderate left wing parties in Europe.  The red rose design has now been adopted by a number of social democratic and socialist parties.

The song " The Red Flag " is associated with a left wing politics, in particular with  socialism. Parties that identify with this song include:

Socialism is a dictatorship of the bourgeoisie (middle class) over the Proletariats (working class).

Socialism breeds a lack of competition since no one is a winner, and this leads to a reduction of innovation and production, which in turn means that socialist nations fall behind Capitalist countries who embrace competition and individuality.

In a Capitalist economy free enterprise is largely privatized, where in a socialist economy the means of production is collectively owned by the  society (Government).  This sounds like a great system and in a utopian world the workers would reap the benefit of their hard work by sharing the wealth.   In reality however the workers do not own production and instead this is "managed" by the state or government who have full control. This might seem like a small difference but it really is significant as it means that workers simply get paid a minimum wage with the government retains the lion's share of the profits the people have no rights to free speech, they are repressed by the Government.

An example of this is Socialist mainland China where there are no trade union movements.  All workers work for a minimum wage which some people refer to as sweat shop/labour wages.

The United States is portrayed as a capitalist nation with some government interventions.  On the surface there appears to be nothing socialist about it at all  however it is one of the most  socialist countries  in the world. They have one big government,   the American population is under constant  surveillance  and only a few people control themedia, Banks, market, making this idea of a " free market" a total myth.  The US isn't alone in this model and Britain and the European common market also fall into this model.

The media corporations operate under a corporate socialism model where they are incredibly biased and  generally give only one side of the story.  The western media under the direction of Socialist corporations and governments is in the process of dumbing down the western world under the guise of liberal thinking.  They using repetitious conditioning of propaganda  to promote situations that go against our human nature, with the end goal being the creation of a race of mixed racial human animals that has no worth and no rights.

The majority of our political parties in western countries are liberal socialist parties.  People believe they are living and participating in a democratic system as they are given the ability to vote.  The reality is that as these parties all follow similar with minor differences it doesn't matter which party is elected most policies put in place virtually all the same.

You vote for the republican party, then after a couple terms you vote in the democrats  and then after a couple more terms you go and vote back in the republicans.  In all this to and fro voting the policies are virtually the same as when you started and the reality is that from a political sense both options are pretty well aligned in their ideals meaning that the individuals actually had no real democratic say.

In most western countries you will find that the two major parties both want similar things such as:

In the past they have restricted the American Indians, Australian Aborigines, New Zealand Maoris and both US parties wanted to retain the use and ownership of Slave - it was only under enormous pressure that the Republican party decided to promote for its abolishment, and won.

If you join one of these political parties you will find that the top positions are heavily influenced by corporations and lobby groups who invest large amounts to protect their interests.  The Jewish groups and companies are heavily involved and you will often find Jewish members high up in most of the world's major western political parties. This is a large reason why both sides of politics have similar views and policy ideas.  These concepts originate from the false Jewish banking families including the Rothschild's, Rockefeller's, Warburg's who are influenced by Zionist Marxist ideals.

As they are at the head of each of these parties it is very difficult for new ideas and individuals to make any real change from within as those who oppose their agenda are either restricted or completely removed from the party.

The United Nations and Socialism

The UN is actually a Socialist Dictatorship who have been slowly increasing their power base, removing our rights from individual nations.  The UN is working towards the idea of a world dictatorship government which is socialism at its finest. They are working towards the concept of the UNESCO Brown Man by promotion genocide interracial and same sex marriage, ethnic cleansing of all pure races and destruction of all cultures and national boundaries.

Have a good look at their Agenda 21 now superseded by Agenda 2030, which you will find supported by most major political parties.  Under the guise of environmental concern and global warming they have cleverly managed to strip away individual property ownership, introduce population control measures, restrict free speech and introduce one world government.