Vice President Pence stab Americans in the back. 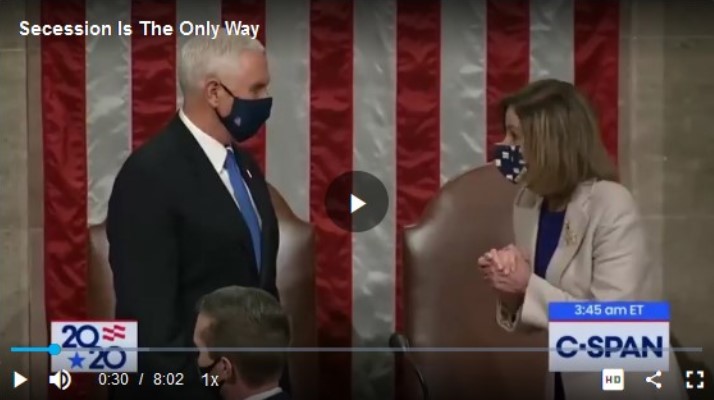 I really believe Pence had best learn the art of Duck and Cover. If our side don't get him the other side will. Mike Pence lost the 2024 election on Jan 5th of 2021

This afternoon at 1:16 PM, former AG GOP Chair Kelli Ward tweeted a copy of Vice President Mike Pence’s statement, informing the public that he has no intention of sending the Electoral College votes from 6 contested states back to their state’s legislature.

100 Percent Fed Up reports – AZ GOP Chair Dr. Kelli Ward appears to be blaming VP Pence for the chaos that ensued in the Capitol building during the Joint Session of Congress.

She tweeted: “Pray that VP Pence doesn’t send our Republic to its demise – crashing and burning into socialism, communism, & tyranny. What do we have at 11 AM (AZ) on 1/6/21? Freedom, liberty, and a Republic – if we can keep it.”

Mike Pence didn’t have the courage to do what should have been done to protect our Country and our Constitution, giving States a chance to certify a corrected set of facts, not the fraudulent or inaccurate ones which they were asked to previously certify. USA demands the truth!

We are sharing a screenshot of President Trump’s tweet, as Twitter won’t allow it to be shared!

We checked it out, and the report is correct. Vice President Pence, whose political career is likely over, has unfollowed President Trump. We’ve gone through the list of accounts he follows and while Melania Trump remains on that list, President Trump is no longer on his “Following” list.

WELL, PENCE DROVE MILLIONS OF US- NUTS! WE GREW FANGS OVER THIS! KICKED US IN OUR BUTTOCKS AND WE NEVER SAW THAT COMING! Let's see how many foots up the buttocks he gets, when any of us 74 million run across him!

Exactly, I bet Pence convinced Trump to not do the insurrection act and seize the servers.... now too late, two weeks biden and Harris complete the chinese takeover

He knew Pence would betray the country for the Communist takeover.

Same here. He was the one who was responsible for the firing of General Flynn. He told President Trump that Flynn lied to him.

Even his families, as they said they want to go after them too.

Honestly, Trump has had poor judgment. He should have trusted Powell, Flynn and wood instead of Pence and the other traitors 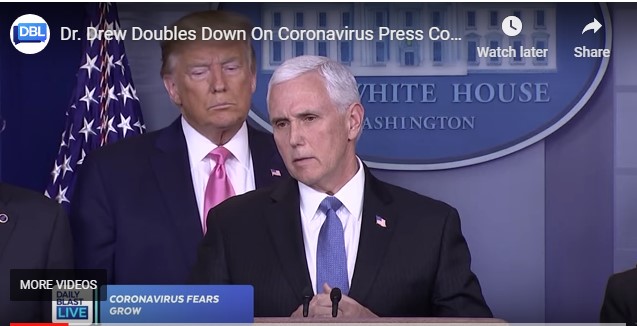 https://www.breakingisraelnews.com/78562/bin-exclusive-meet-mike-pences-orthodox-jewish-israeli-cousins/
Michael Pence, the Vice President-elect, is a long-time ardent supporter of Israel, but it turns out that his connection to the Holy Land goes deeper than even he knows: the Evangelical Christian from Indiana has Orthodox Jewish relatives, one of whom lives in the Golan Heights and is eager to meet his cousin.

Michael Pence, the Vice President-elect, is a long-time ardent supporter of Israel, but it turns out that his connection to the Holy Land goes deeper than even he knows: the Evangelical Christian from Indiana has Orthodox Jewish relatives, one of whom lives in the Golan Heights and is eager to meet his cousin.

The genealogical connection centers around Tamsen (Tammy) Socher, a Jewish grandmother living in West Los Angeles. She spent most of her life in the San Fernando Valley, but when she moved to Ohio, eight years ago, she felt a need to maintain a connection to her family and became interested in genealogy. Her search quickly led her to a relative, Richard Pence, an amateur genealogist. She was impressed by his work.

“Some people just want to fill in the blanks, but Richard really worked hard at getting it right,” Tammy said in an interview with Breaking Israel News. Tammy realized that Pence was not a common name. “It doesn’t really come from England. It was one of those made-up Ellis Island names, so we are all connected. I haven’t met a ‘Pence’ yet who wasn’t a relative.”

Most of her family was from Indiana, so Tammy asked Richard if Michael Pence, then an Indiana congressman, was a relative. Richard, who is now deceased, answered that the Michael Pence was indeed her fourth cousin on her father’s side. Tammy tried to contact Pence at the time but was unsuccessful.

The Vice president-elect is aware of this family connection. When he was on the campaign trail, Tammy’s cousin Merrill Socher-Axelrod, an Israeli citizen living in Michigan, went to a campaign event. Michael Pence showed up late but Merrill hurried to be photographed with her famous relative. When she stood next to him, she told him quickly, “You have Orthodox Jewish cousins in Israel. Here is some family lineage. Your cousins are my cousins.”

She handed him a letter from Tammy describing the family connection. It noted that several of his relatives are religious Jews, and at least one lives in Israel. Included in the information was a personal invitation from Tammy’s son, Jesse, inviting his vice-presidential cousin to come visit him in his Golan home the next time Pence is in Israel.

Pence has visited Israel several times and has referred to Israel as “America’s most cherished ally.” In 2014, he headed a high-level business delegation from his state on a visit to Israel sponsored by Christians United for Israel.

In 2016, he signed into law a bill which would ban Indiana from having any commercial dealings with companies that boycotts Israel. Pence has also said that he opposes a Palestinian state. Quoted as saying he was “a Christian, a conservative, and a Republican, in that order,” his support for Israel is more based on ideology than politics.

In an address to the American Israel Public Affairs Committee in 2009, Pence assured the audience, “Let me say emphatically, like the overwhelming majority of my constituents, my Christian faith compels me to cherish the State of Israel.”
Read more at http://www.breakingisraelnews.com/78562/bin-exclusive-meet-mike-pences-orthodox-jewish-israeli-cousins/#iYlZHMzDLGeBJS53.99