Nationalism For We The People 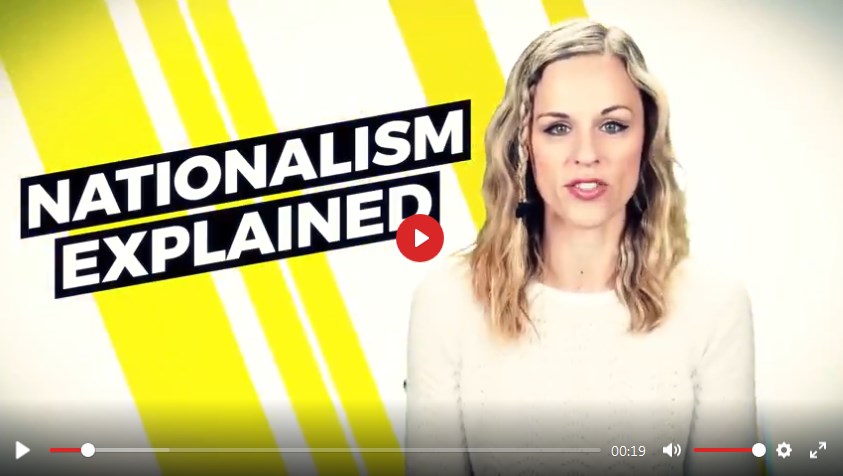 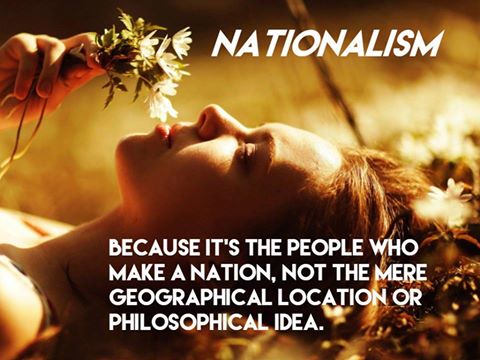 Nationlism For We The People 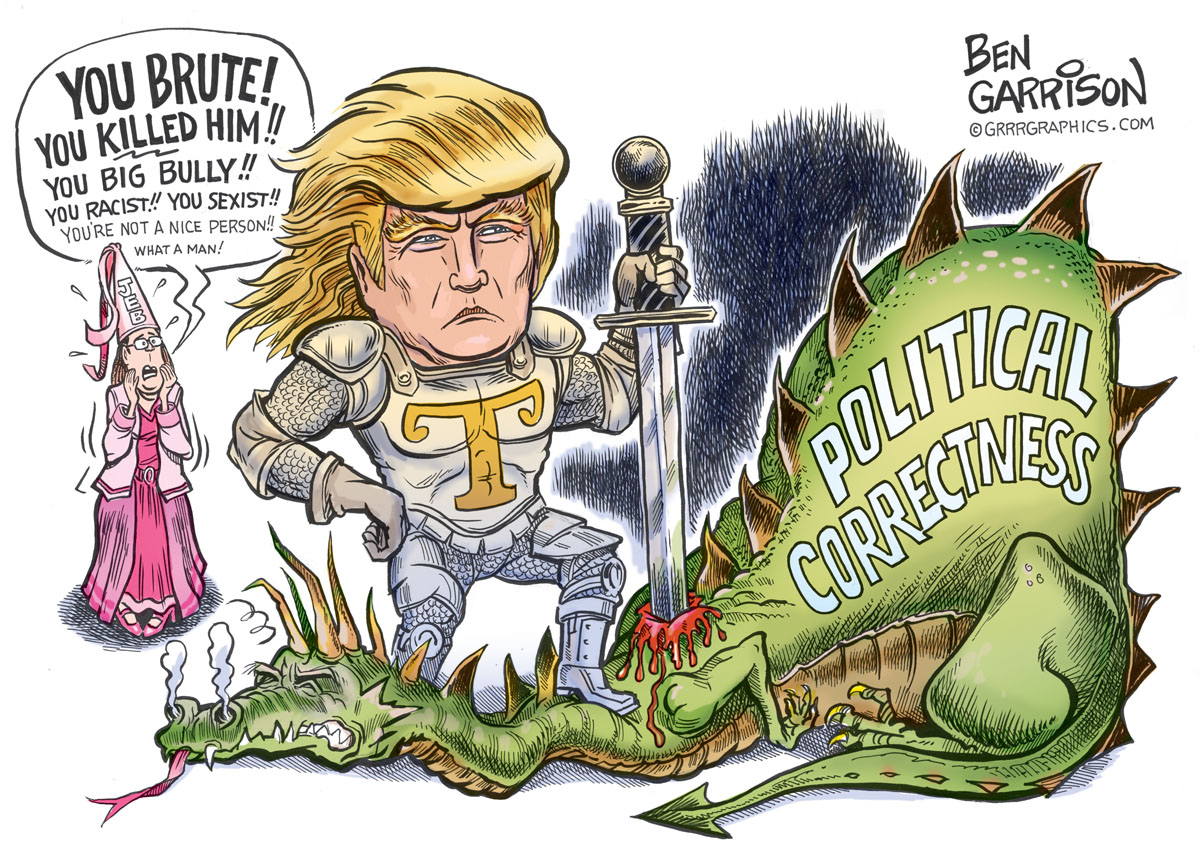 The Jewish Origins of the Alternative-Right

Why Is America In Decline?

Christian Nationalist speak about The Solution to Global Collopse

The Solutions To Global Collapse

Leaving the Label "Alt Right" but Not Changing my beliefs in Nationalism.

Removal of Corporations running everything.

Wife with A Purpose talking to Lacey  Lynn about how Nationalism keeps our children and community safe:

Civil Nationalism is not Strong  Enough To Defend The West:

Civic Nationalism Is Not Strong Enough To Defend The West

There is an increasing number of people who realize that the Globalist Elite, ( New World Order ), especially false Jewish anti-Semitic Zionist, Socialist, Communist organizations have declared war on "We the People".  They have no regards for any ethnic group including real Jews.  In the past, they campaigned to integrate the American Indians into the white community.  This is also true of Australian Aborigines, through restriction of their culture, language, and employment.  The ultimate aim was to destroy these people.

After World War II, the Global Elite decided they would do the same to Europeans and true Jews (whites), who would not "toe the anti-Semitic Zionist Line."  The Globalists feel they can control the world if they break down all of the different racial groups and promote Eugenics (cross-breeding), if they maintain control of the media and the banking system.  However, they are making a grave mistake.  Once they have replaced European populations from a Christian society to a Muslim, or other society, these people will turn on them in the future.  Once the Globalists lose control of the media and banking, the Globalist power will end.

Many of them may find themselves guilty of treason against their own people and find themselves in jail and will be put to death.  The reason the Globalists are getting away with destroying nations and homogenous populations, especially in western countries, is because the European populations have not built community-based organizations or Anti-Defamation Council to take the Globalists to court for committing treason and genocide.  If these organizations had been built during the early 1950s worldwide, we may not be in the situation we now find ourselves in.

The laws need to be stronger as a deterrent against people jumping on the "Multicultural bandwagon", and promoting open borders etc.  If the Rockefeller's, Rothschild's and other elite families had lived in China, for instance, they would have been executed long ago.  They are allowed to operate in western countries because the laws are weak.  In America, even though the Constitution allows free speech, it works like a two-edged sword and allows the elite power to destroy the country.  We need to find a balance.

In years gone by, the community was built through Christian churches.  Unfortunately, Christian leaders failed to educate themselves and their followers about Globalist Organizations.  This lack of foresight, considering how these Globalists have gone on to rewrite the original teaching of the bible, has played a large part in destroying Christian Nations.

Christianity contributed to "dumbing down the population", and was not able to compete with the "Globalists".  It has, therefore, gone into considerable decline and the traditional community base has been considerably diminished.  False Christianity has also deserted Europeans to a large extent and focussed their efforts on third-world people bringing them into western countries.  So it could be said, that the false Christians has committed treason against its own people.

Donald Trump won the election in 2016 to become the  President of the United States.  Trump promotes Nationalism, United States first policy, to build the wall and bring back industry. Many Trump people call themselves conservatives, when  they should be promoting Nationalism.  The Political Parties who promote open borders, no walls and allow the invasion of their countries call themselves,  liberal, socialist ( communism)  and conservatives.  The following information is on conservative thinking:

Aims of the Leftwing Establishment

The Global Socialist Left-Wing Establishment's aims are as follows:

Many people today consider themselves left or right wing, but use the Nationalist New Right wing ideas as a guide.  Many people today think in terms of, "We the People", and may swing between any position, for example, from left to right, to achieve the goals of representing ourselves against the Global Establishment which has ruled us for hundreds of years.

We The People Nationalism Aims

The Nationalist is opposite to Globalism New World Order.  Some of their aims and causes are listed below:

The European Nationalist is an anti-liberal intellectual and cultural movement seeking to revitalize the European Culture. The biggest difference between the European and American movements is the openness and size in America have a constitution and a Bill of Rights to give some protection against having free speech removed.

Many people who are fighting the Globalist Establishment today are actually true Jews, and a good example of this is Michael Savage, a well-known American broadcaster (Savage Nation), who was recently was taken off-air in New York (tri-state area), radio station, WABC-Radio TV immediately after discussing Hillary Clinton's "mysterious health condition."  Shortly thereafter, Michael Savage and all Savage affiliates nationwide were cut off the broadcast, and they replaced the live transmission with a recording of a previous show.  Many would describe this extreme action as 'anti-Semitic' against Michael Savage.  We see this as proof of the Globalist Establishment at work, and a clear demonstration of false Jews taking action against true Jews.

ANTIFA organization works  against free speech. They are mainly controlled by Bankers.  Their membership has a large number of false Jews and is a far-left Socialist, Communist paramilitary organization that operates with the "unspoken blessing" of the 'so called governments' in Europe and other western countries.  Western governments rarely, or never educate their people on Socialism, Communism, and Globalism (New World Order).

Nationalist organizes demonstrations and the Socialist Left, under the guise of ANTIFA, will attack them, disrupting their peaceful protest rallies.  The media will then describe the New Right, who did not start the violence, as the cause of the violence when in fact it was the Left-Wing who instigates the violence.  The New Right are described as "Fascist, Nazi, Extremists" by the left-wing groups.  You will see this technique in the media regularly.  This technique is sometimes described as 'dialectical reversal'.

A German-French Jewish Philosopher, Moses Hess (1812 - 1875), is the creator of National Socialism for the Jewish Community.  Jewish organizations are National-Socialist in structure.  Nationalist meaning the Establishment, which runs the Jewish organizations come first, and Socialism means centrally-controlled, and very little free speech to Jewish people.  These left-wing, Neo-Nazi Socialist organizations are mainly run by the Jewish community, who many would describe as false Jews.  They do not truly represent the Jewish community.  They say they campaign for workers' rights, when actually they are financed by the super-rich, super-elite like Leftwing Zionist,  George Soros, who finances these groups.  These groups attack whites and blacks and call them racist,  Neo-Nazis when actually it's the Globalists who are the real "Nazis and real racists".  They use groups like ANTIFA as Neo-Nazi Stormtroopers, similar to what Adolf Hitler used to stop Communist attacks on Germans in Germany.

The Power of the Internet

The Nationalist has seen huge gains through the use of the Internet.  Twenty years ago, there was little information about this online.  Nowadays, it is akin to a river, pouring information into a huge ocean.  According to the Russian Insider, there are six major websites which promote the ideology of Nationalism and many smaller ones.  Besides websites, the movement uses podcasts, blogs, discussion forums, message and image boards to collect and disseminate information.

One of the problems that the Nationalist have, (and other organizations), is people do not join in large numbers.  If most people who went to websites and joined organizations, the situation could be turned around very quickly, but unfortunately, this is not the case.  Apathy reigns and they are happy to surf websites and maybe participate in rallies or other activities, but they will not join.

We hear the saying "Nothing is free", but many Nationalist spend their own money in the fight against the Globalists, and do so because they realize the dire situation we are in.  For instance, it is estimated that Donald Trump spent 50 million of his own money on the United States Primaries.

The Nationalist has a lack of forward-planning.  A couple of examples:

How to build Community Based Organization

Political Parties do not represent people's rights, so the people should start promoting (CIR) Citizens Initizens Referendums,  and start to represent themselves. Switzerland has CIR.

The Truth About Hillary's 'Alt-Right' Speech