The Left Politics of Jews 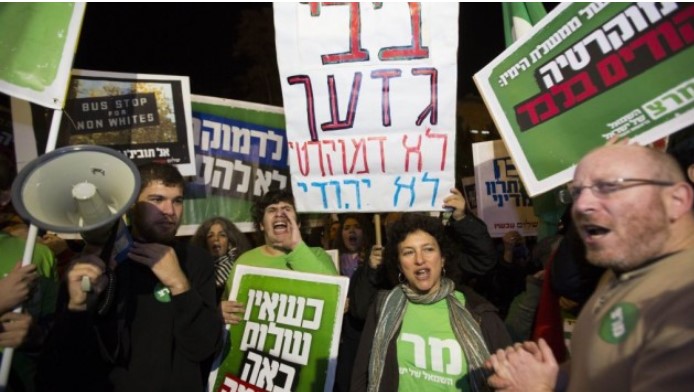 The Left Politics of Jews

Left-wing activists hold placards and flags as they protest against the "Jewish state" bill near the Prime Minister residence in Jerusalem on November 29, 2014. Some of the placards call Benjamin Netanyahu a racist, and assert that he seeks democracy for Jews only. (Photo credit: Yonatan Sindel/Flash90)

A Review of Philip Mendes (2014), Jews and the Left. The Rise and Fall of a Political Alliance. Houndmills, England, Palgrave Macmillan, $134.95.

Associate Professor Philip Mendes is Director of the Social Inclusion and Social Policy Research Unit in the Department of Social Work at Melbourne's Monash University. He is well known and widely published as an author of several books on the politics of Jews, which include New Left, the Jews and the Vietnam War (1993), as well as joint editor, with Geoffrey Brahm Levey, of the book Jews and Australian Politics (2004). This book is probably intended as the writer's magnum opus, an elaborate treatment of Jewish politics on a world scale from the immediate post-revolutionary France to the present. The book refers to Left/Jewish involvement in 37 individual countries, including Australia, plus a small treatment of Asia, including individual Jews supporting Mao in China and the brief rule of David Marshall as the first Chief Minister of Singapore.

The definition of a Jew is adapted from American academic Arthur Liebman. It is wide, and includes self-definition, regard by political peers, and having one or both parents who regard themselves as Jewish. The term Left is harder to define. It was first used during the French Revolution, when those groups seeking a broader franchise sat at the left of the National Assembly. Mendes uses the term for those groups seeking a more equal distribution of wealth.

The hammer and sickle on the spine is misleading. The primary focus of the book is not about Communism. Mendes lists five time periods encompassing key left-wing traditions and movements. These commence with the French Revolution of 1789, the revolutions of 1848, with this period including the publication of the Communist Manifesto by Karl Marx, the establishment of the Communist International in 1918, the emergence after 1965 of non-orthodox Left groups including Maoist, Trotskyist and gay-rights groups, and the fall of the Soviet Union in 1991.

It is an oversimplification to suggest that poverty and religious oppression are the root causes of Jewish attraction to the Left. There is a theoretical treatment of Jewish cultural values, and it is suggested that socialism, being an urban phenomenon, attracted support from Jews who were both city-dwelling and intellectual. Jews benefited from the egalitarian ideals of the French revolution, and were strong participants in the failed revolutions throughout Europe in 1848. Not all Jews supported left causes, and some rabbis, particularly in the Russian Empire, were unhappy with Jews, particularly those who were intellectual, who did.

Some leftists, particularly those in the early British labour movement, were clearly anti-Semitic. Beatrice Webb, for example, a leading member of the British Fabian Society, argued that the strongest impelling motive of the Jewish race was the love of money. In the 1890s the London Trades Union Council condemned Jewish immigration.

Bolshevism was not a Jewish phenomenon. The Jewish presence among early Bolsheviks, while significant, was not excessive. More Jews had been involved in the Mensheviks than the Bolsheviks. Communist declarations critical of Zionists, Jews who supported the creation of a Jewish homeland, date from 1921. Communists generally sought to downplay such attitudes, for they could be harmful to the Communist cause among Jews in non-Soviet countries.

The establishment of the Jewish Autonomous Oblast centred on Birobidzhan in the Soviet Far East in 1934, sometimes called a "new Jerusalem" or even a "Jewish homeland" may have been part of a policy to influence sympathetic Jews outside the Soviet Union, particularly in Canada. Some wealthy Canadian Communists both promoted and even partly financed the Birobidzhan experiment. Few Jews ever lived there.

A scheme for a Jewish settlement in the Kimberley region of Western Australia was proposed in the late 1930s by Isaac Steinberg, Minister of Justice in Lenin’s first government. Arthur Calwell was a key opponent of the scheme, and it was never adopted. The state of Israel was established as a Jewish homeland in 1948, ironically with support from each of the Soviet Union, the United States and Australia.

The largest Jewish population in Europe prior to the Holocaust was in Poland. Here Left wing parties were the only ones consistently willing to accept Jewish members. Few Jews remain in present day Poland. Mendes refutes as demonstrably false the claim, first made in 1950s Poland, alleging cooperation between Zionists and Nazis during World War 2.

Another claim often made is the Jewish nature of the first Communist government in Europe after that of the Bolsheviks in Russia, the Hungarian Soviet Republic led by Bela Kun that lasted about five months in 1919. Kun, despite having a Jewish father, led a government with clear anti-Semitic leanings, a fact that is relatively unknown.

Much of the Communist leadership in both the Soviet Union and its satellites after World War 2 feared that too many Jews in high positions would alienate the party from its support base among workers and peasants. For example Rákosi, the feared Stalinist party boss in Hungary, was replaced as Prime Minister after the death of his mentor in 1953. Soviet secret police chief Beria claimed that Rákosi had become a "Jewish king" and that this was not in the Soviet interest. His replacement, the moderate non-Jew Imre Nagy, later supported the popular uprising in 1956. Nagy was executed in 1958 after opposing the Soviet invasion that quelled the revolution and replaced his government with that of the pro-Soviet János Kádár.

Australian content is only a small part of the book. The Jewish activity in the Australian Communist Party is important but not overwhelming. Frank Hardy is praised for his sympathetic portrayal of Jews in his book Power Without Glory. The most significant left Jewish organisation in Australia is considered to be the non-Communist Jewish Council to Combat Fascism and Anti-Semitism, of which Sam Cohen, elected to the Senate in 1961 on the ALP ticket, was a prominent member. Several refugees who were members of the Polish Jewish Labor Bund were active in Labor politics in Victoria. One, Bono Wiener, was expelled from the Victorian ALP, then under left-wing control, at last partly because of his opposition to what he regarded as Communist influence within the party.

There are currently a number of Jewish parliamentarians from left parties in Australia, two from Victoria being Mark Dreyfus and Michael Danby in the House of Representatives. Former Melbourne Age and Truth newspaper journalist Leon Gettler, author of a book about the Steinberg proposals for Jewish settlement in the Kimberleys, credits Annastacia Palaszczuk, ALP parliamentary leader in Queensland since February 2015, with the distinction of being Australia’s first Jewish Premier. Nick Greiner, the Hungarian-born Liberal Premier of New South Wales from 1988-92, has a Jewish mother and is probably entitled to that honour.

Jewish attraction to left causes suffered after the Israel-French-British invasion of Egypt and the Suez Canal in 1956, and later after the Six-Day War in 1967. Many Jews continued to be active, however, supporting particular left positions. For example a number of Australian Jews were prominent in the leadership of the anti-Vietnam War movement. Norman Rothfield and Sam Goldbloom, who were both left-wing members of the ALP, were particularly strong activists.

Since the 1970s each of the various Communist parties in Australia, as well as the various Trotskyist organisations after the 1980s, have advocated anti-Israel and anti-Zionist policies. One Trotskyist organisation, the Socialist Workers Party, advocated an independent Croatia in the 1980s. Bizarrely it sold its newspaper Direct Action, now Green Left Weekly, outside Ante Pavelić Dom, a Croatian centre in Footscray named after the leader of the pro-Axis Croatian state that existed during World War 2. The Croatian centre no longer bears the name of Pavelić.

This book is an important source of information about Jewish involvement in the Left, and offers sensible explanations rather than propaganda about the role played by Jews in radical politics. The book is expensive, and a cheaper paperback version would almost certainly see better sales.

Commenting on this Page will be automatically closed on June 27, 2015. 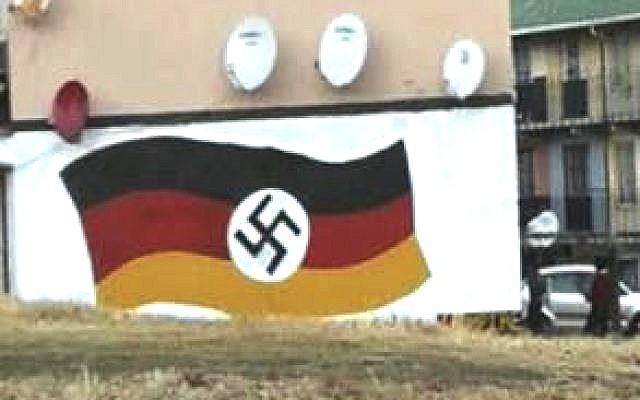 “The South African Jewish Board of Deputies on Thursday filed a police complaint against three individuals they say contributed to a recent uptick in anti-Semitic attacks and threats against Jews in the country.

The Jewish umbrella group said in a statement it reported Muhammad Hattia, Tameez Seedat and Matome Letsoalo to the Sandton Police for the “grossly anti-Semitic” comments they made earlier this month.

According to the SAJBD, Letsoalo earlier this month tweeted that “[The] #Holocaust Will be like A Picnic When we are done with all you Zionist Bastards.

Jews in South Africa – and around the world – were instrumental in bringing about the end of Apartheid. Now that the country is collapsing into chaos, the very same jews have been fleeing the country for Israel – and other safer destinations. Yet, for some reason, the “socially-conscious” jews haven’t protested the murder of thousands of White farmers of course – but they file official grievances with the police when black Africans call them names.

Their agenda couldn’t be more transparent.