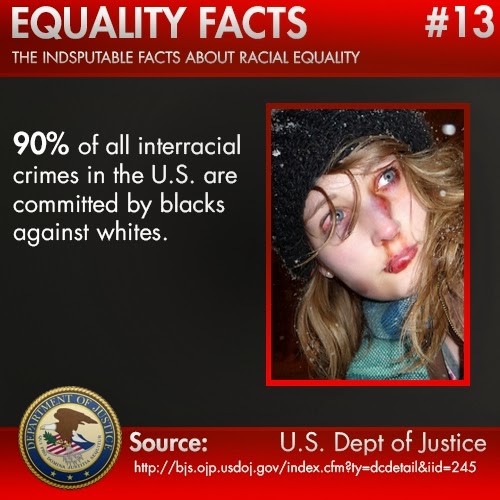 The anti-Semitic, Zionists and Globalists who control our media and governments are promoting bigotry and racism which has effectively resulted in conflict between the different racial groups and they are very careful to keep the crime rates of non-Europeans hidden from Europeans.  This is mainly so that Europeans, (whites and Jews), do not realize who is really responsible for the skyrocketing crime rates in their country.  For example;  The Globalists use the media constantly promoting the idea that white policemen kill black people significantly more than white people in the United States.  Statistics, when analyzed, show that it is actually the reverse – more whites are killed by the policeman than black people.  You can read further on this topic in The New Observer and other links below.

The following statistics indicate that the black American population is 45 million plus, yet they commit more crimes than the majority European population in America.  Many Europeans are now becoming aware of the high number of attacks by other racial groups on Europeans and you should develop your own community-based organizations and not associate with other racial groups.  As a result, you and your children will be much safer.

Something to note if you are Jewish and a Zionist, in these statistics, the Jewish people are also classified as "white" so many of these individuals who have suffered extreme brutality are actually your fellow Jews.

White People Origins- Not out of Africa

Sadly, the trend of fatal police shootings in the United States seems to only be increasing, with a total 429 civilians having been shot, 88 of whom were Black, as of June 4, 2020.

2014 US Census Bureau of Statistics

"In 2014 US Census Bureau estimated 45,672,250 African Americans in the United States meaning that 14.3% of the total American population of 318.9 Million is Black. This includes those who identify as ‘Black Only’ and as ‘Black in combination with another race’. The ‘Black Only’ category by itself totalled 42.2 million African Americans or 13.2% of the total population."

89% of all Crime in NYC Nonwhite

The Color of Crime 2016 Edition

South Africa: 49 Murders a Day
"In what some politicians have described as a “war zone,” the murder rate in South Africa has risen to 49 every day – averaging out at 2 every hour, statistics released by the police in that country have revealed." 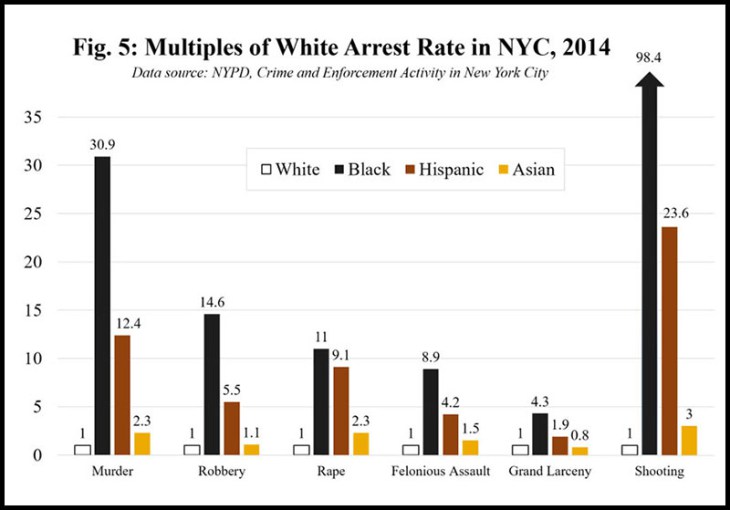 Two Nursing Home Staff Didn’t Know Camera Was On When They Did Something Horrific To Elderly Woman.

White Phily Woman Attacked by a Pack of Black Females