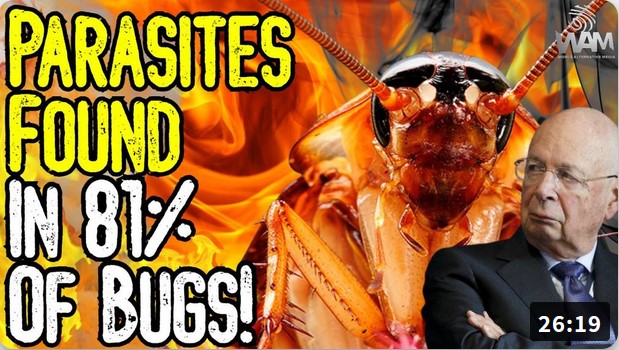 Josh Sigurdson reports on the findings from a 2019 study that exposed the fact that 81% of "edible bugs" examined out of 300 had parasites. Of that 81%, 30% were "potentially pathogenic to humans." As we see a complete controlled collapse of the supply chain, they're slowly carving out an agenda that includes eating bugs, drinking sewage, all while they themselves compile food in bunkers, readying themselves for the collapse they're creating. In this video, we go over the study, the narrative propaganda surrounding bug eating and the ways the governments of the world are purposely destroying energy and food supplies.