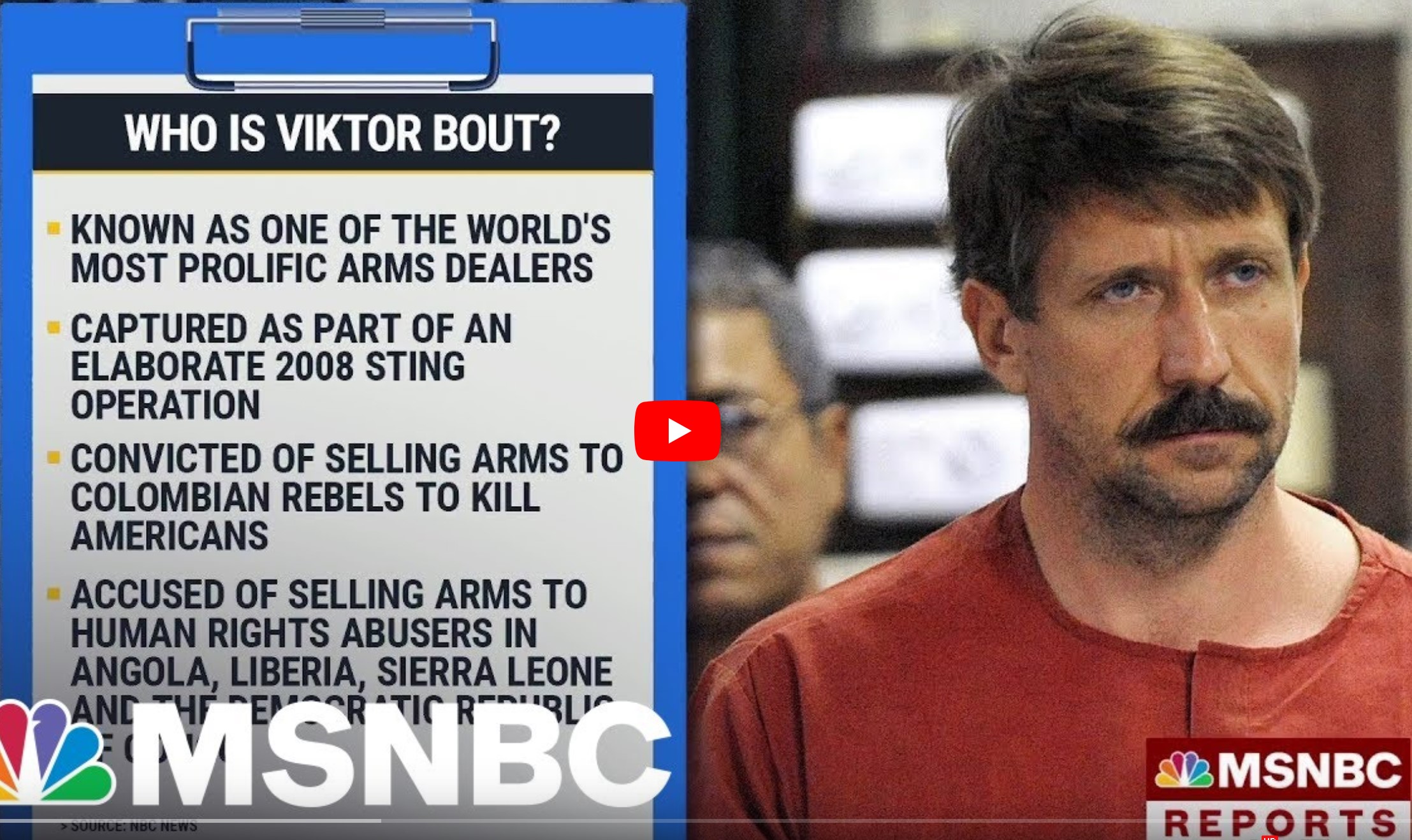 Brennan Breaks Down 'Merchant Of Death' Viktor Bout’s Dangerous History
Former CIA Director John Brennan joins Andrea Mitchell to break down “Merchant of Death” Viktor Bout’s dangerous history as a “notorious international arms merchant,” and the implications of the U.S. returning Bout to Moscow in exchange for WNBA star Brittney Griner. “He has been off of the playing field, so to speak, for the last 15 years. So I think probably some of his contacts and other things means of his work and interactions, globally, have atrophied,” Brennan explains. Now that Bout is back in Russia, Brennan says he believes “Putin and the Russians are hoping that Mr. Bout is going to be able to restart some of these activities. I'm sure some of his contacts are still alive and operational, as well as some of his methods of trying to move these weapons surreptitiously around the globe, that they might be able to tap into that capability in order to support their unfortunate efforts that are still ongoing in Ukraine.”
A human portrait of a Russian arms dealer

At Sundance [Film Festival], the producer of the Andrew Nichols film “Lord of War,” starring Nicholas Cage as a Hollywood version of Bout, came up to us after the premiere and said that he feels terribly, as if his film piled onto the world’s perception of Bout as the “most dangerous man on the planet.”

How has your own Jewish identify surfaced in the making of this film?

I had the great opportunity to screen “The Notorious Mr. Bout” in Bucharest, Romania this past year and used the opportunity to travel to my mother’s ancestral village in Moinesti. There had been a thriving Jewish community at the turn of last century that dwindled to none after World War II. The Jewish cemetery there is up-kept by one family — the survivors of the last surviving Jewish resident — and a small team of Romanian volunteers.

My visit was sad but also deeply poignant. It brought me closer to my ancestors and their legacy of discrimination. It’s interesting and perhaps ironic that a film about a Russian oligarch would create this opportunity for me.

Reuters on Twitter: "Who is Viktor Bout? The Russian arms ...

unread,
May 5, 2009, 11:04:15 PM This email address is being protected from spambots. You need JavaScript enabled to view it." data-conv-id="74Gz6tuwY7Y" data-starred="false" data-message-id="wIIEt4jUVTgJ">
to
Victor Bout's File

Victor Bout has been portrayed in the media as a former KGB major and arms
merchant, the most notorious in the Post Cold War era and he plays or played
a critical role in areas where the weapons trade has been embargoed by the
United Nations.

Mr. Bout (pronounced "Butt" in Russian) allegedly combines his legal airline
activities with illegal ones. His fleet of aircraft has been based in
Central African countries, South Africa and U.A.E. of Sharjah. He also
operated out of Ostend, Belgium and he seems to have had connections with
Mexair in Geneva (1989-1994).

While I thought nothing of it, I photographed some of his aircraft at
Sharjah in 1999, but later I stumbled on his story while I tried to identify
some of his aircraft (couldn't, I was subsequently informed these aircraft
were carrying illegal registrations). I became fascinated by his 'outlaw'
exploits and while he was being searched by media and governmental agencies,
he managed to hide in the shadows and continued to run his businesses in
various shapes and forms.

While Air Bas (registered in Equatorial Guinea, under cover company CET
Aviation) was still current in 2004 (though no aircraft carried these
titles), his company (allegedly) British Gulf International Airlines
(registered in Sao Tome and a subsidiary, under the same name, in
Kyrgyzstan) was reported to have landed contracts from the US (which in turn
put Western Allies under pressure to get Mr Bout off the blacklists). Victor
Bout gave an interview to Peter Landesman, which was published (in German)
in the S�ddeutsche Zeitung (no.43 24Oct03); it was reproduced on the
internet (link below). Before this interview the only publicly available
photo of him was secretly taken by a Belgian journalist in March 2001 on an
airstrip in Congo. And his only statements had been brief denials of his
role in arms trafficking. He walked out of a CNN interview in March 2002.

The spotlight followed him, a Hollywood movie starring Nicolas Cage, was
allegedly based on Victor Bout's career. Interest by US law enforcement
agencies seemed to fade. Douglas Farah wrote a book about him. And then VB
was arrested in Bangkok, in 2008.

My interest is in his airlines, new names have been mentioned as being
linked to Victor Bout. Has his business ceased upon his arrest?

A lot more information on the activities of this disgusting person are to be
found here: