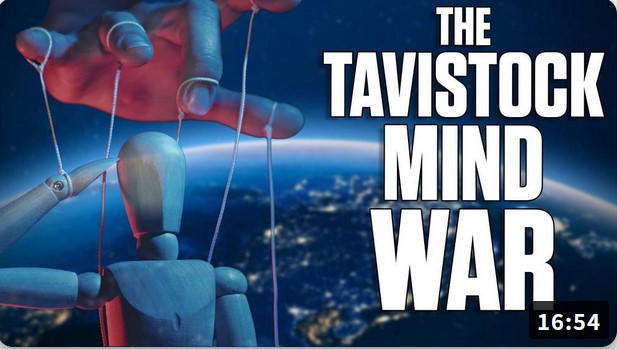 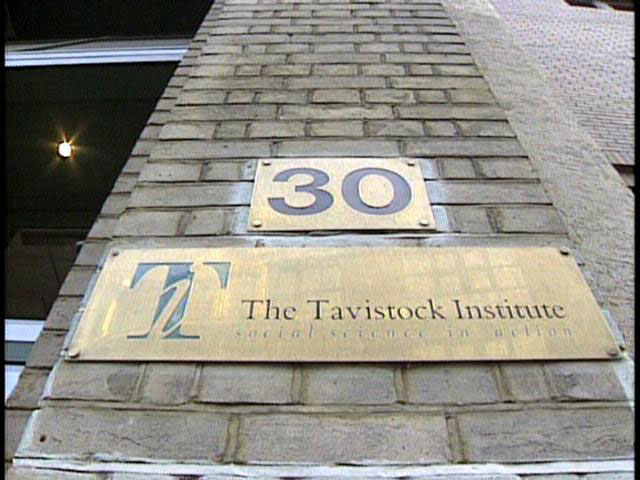 The Tavistock Institute is a British psychological warfare and human relations unit that begun during the second World war. Some say they are still using psychological tactics to control and direct public thinking today. It is a non-profit organization which applies social science to contemporary issues and challenges.

The UK Institute was researching ways to mind control the British and the world population without them knowing. The organization was influenced by "Freud, Jung and Hegel's Dialectic Thesis-antithesis-Synthesis" (Problems-Reactions-Solutions).

The institution has professional seminars available to members of the public and during these seminars, they utilize their techniques to promote uniformity, the multicultural multiracial society and the non-white invasion into European countries. They use the same techniques that are also used by media companies to stop people from questioning what is really happening in the world around them. They have developed strategies that create mind blocks so people will stop questioning them, and some examples of these words are such as racism, extremism and bigotry.

The Tavistock Institute was a major force behind the formation of NATO (North Atlantic Treaty Organization) and is connected to the Club of Rome. They also work closely with: 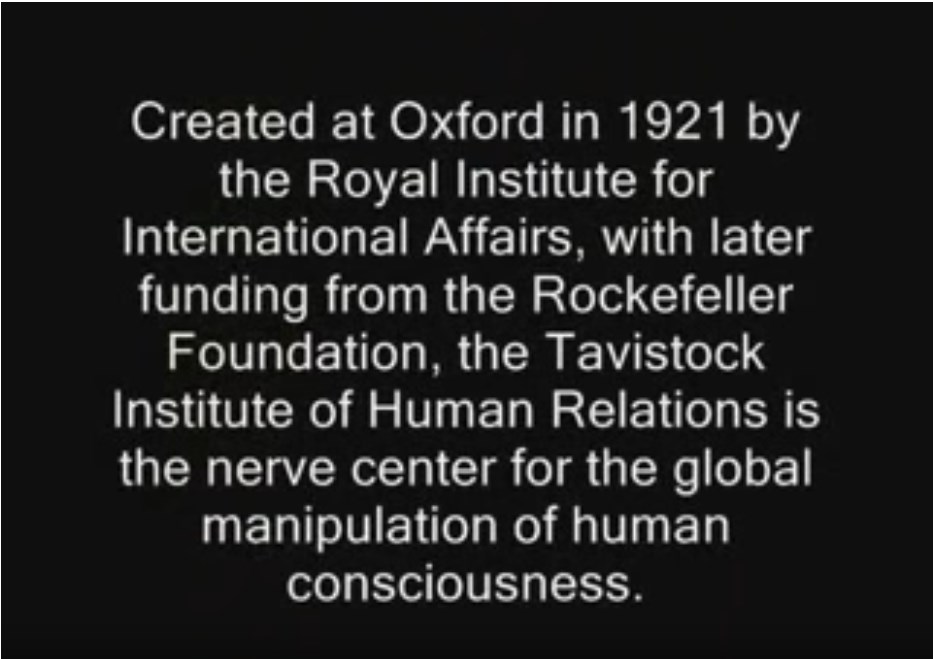 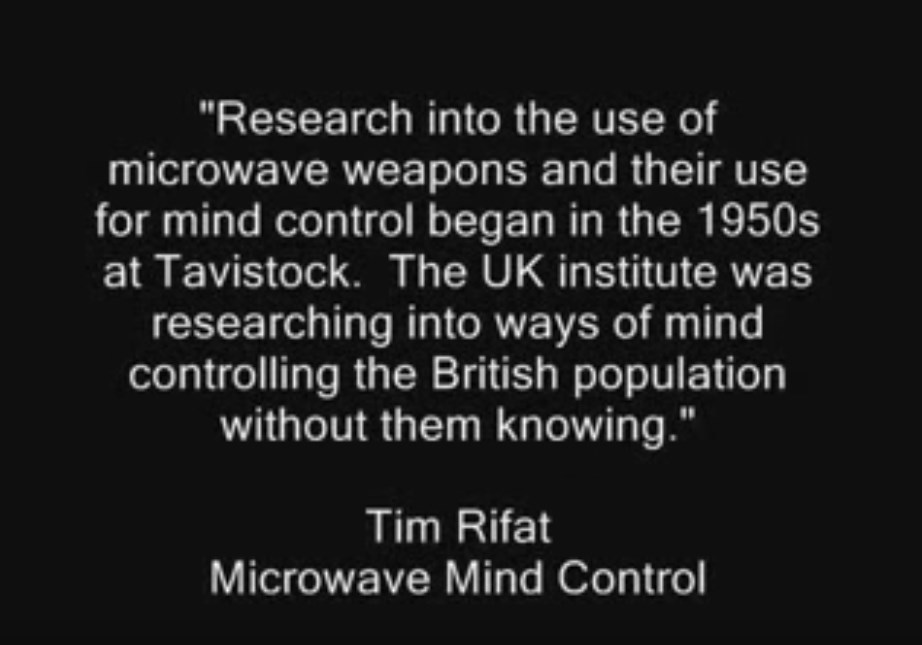 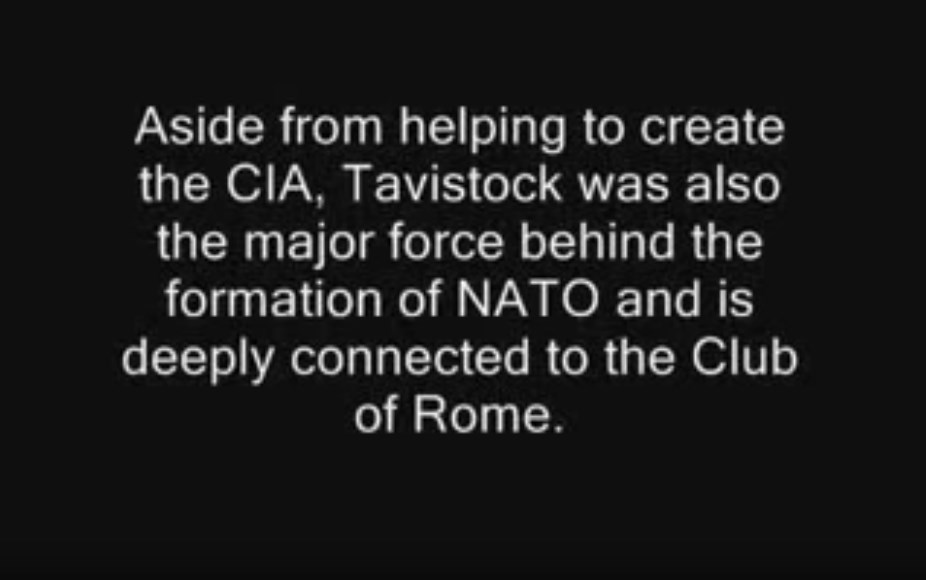 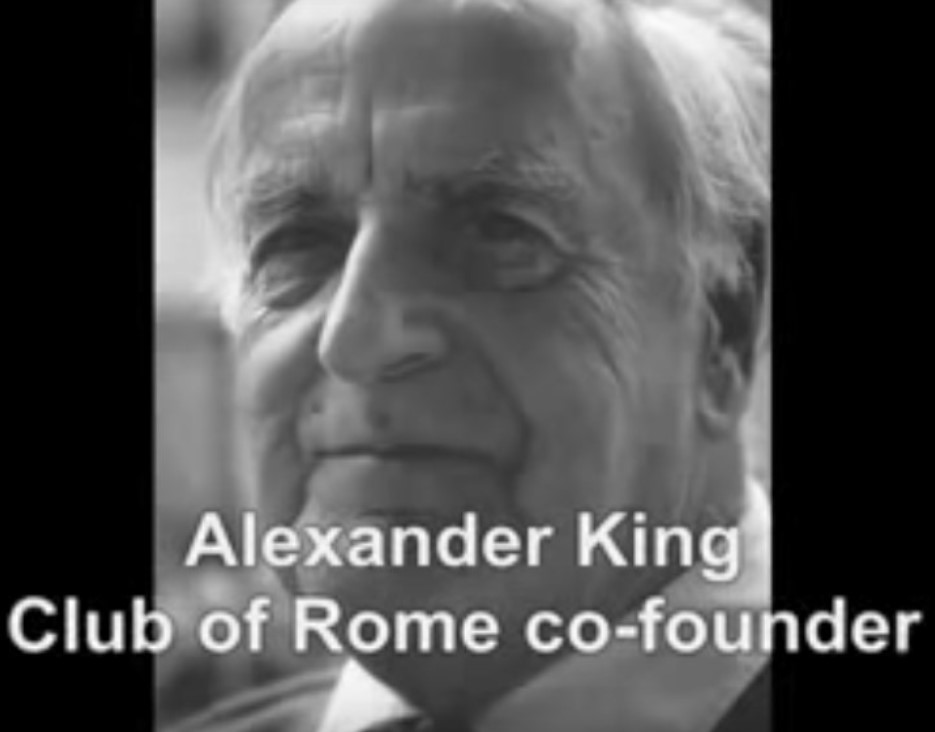 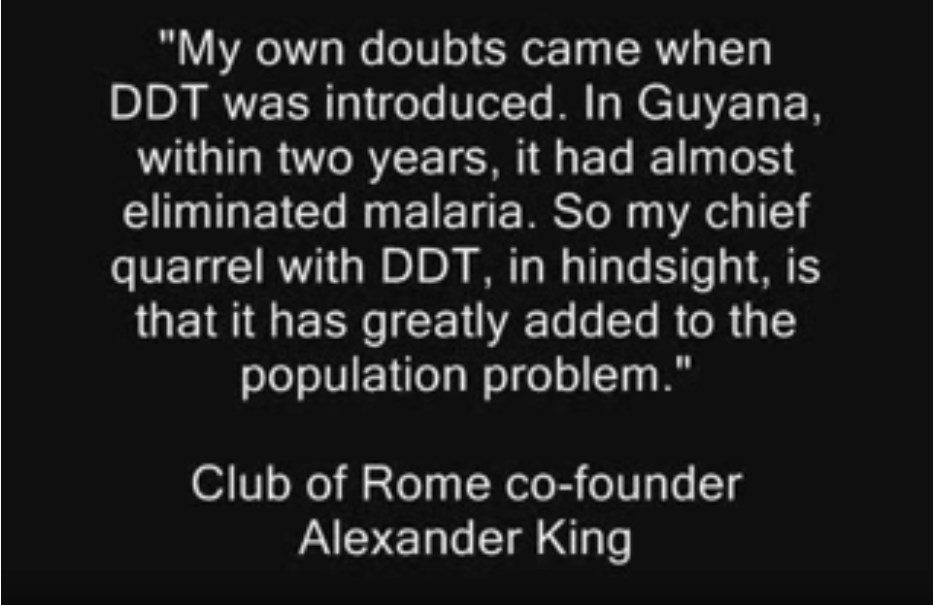 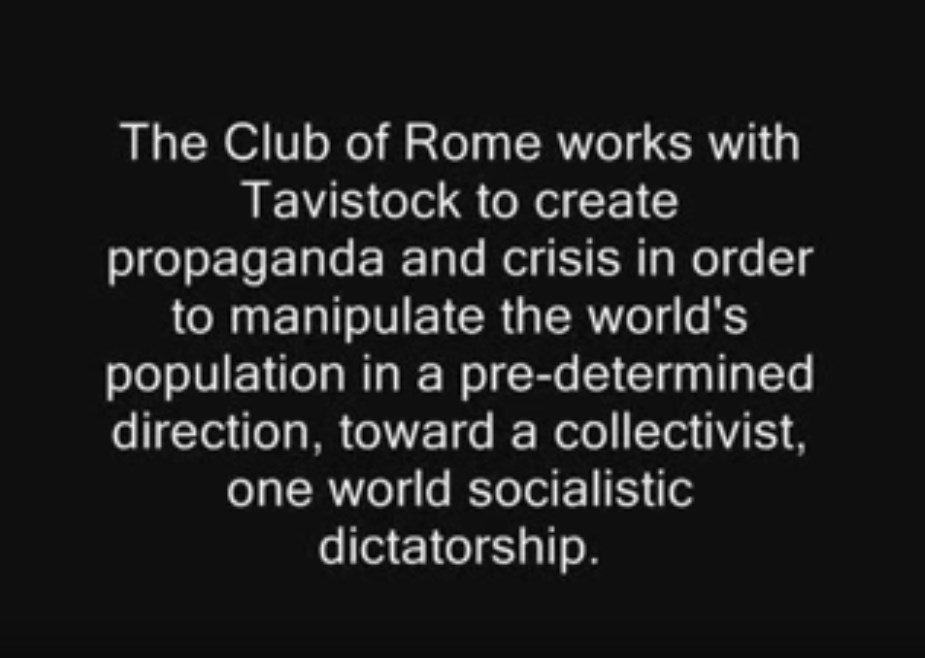 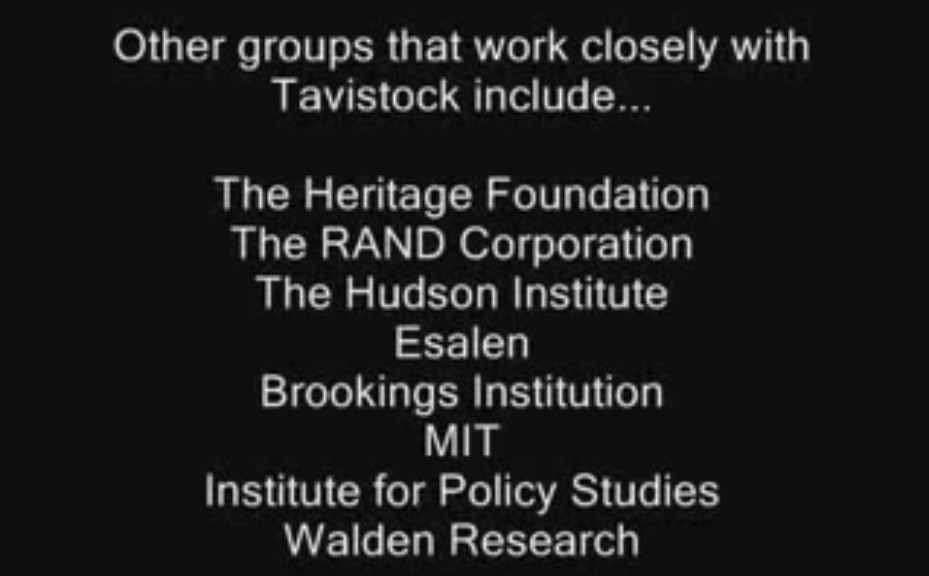 That fact remains that political correctness is all about creating uniformity. Individualism is one of the biggest obstacles of the New World Order. The NWO wants a public that is predictable and conditioned to do as it's told without asking questions.

The Tavistock Institute invented the 'Trash TV' programming on your network broadcasting right now, for those of you who still actually watch TV. They invented the tabloid talk show scene, and are directly responsible along with many of their associate institutions for turning the news media into a three ring circus. They are here to dumb down the human being, and rearrange the human's mind into a chaotic state, easily controllable and low in I.Q. 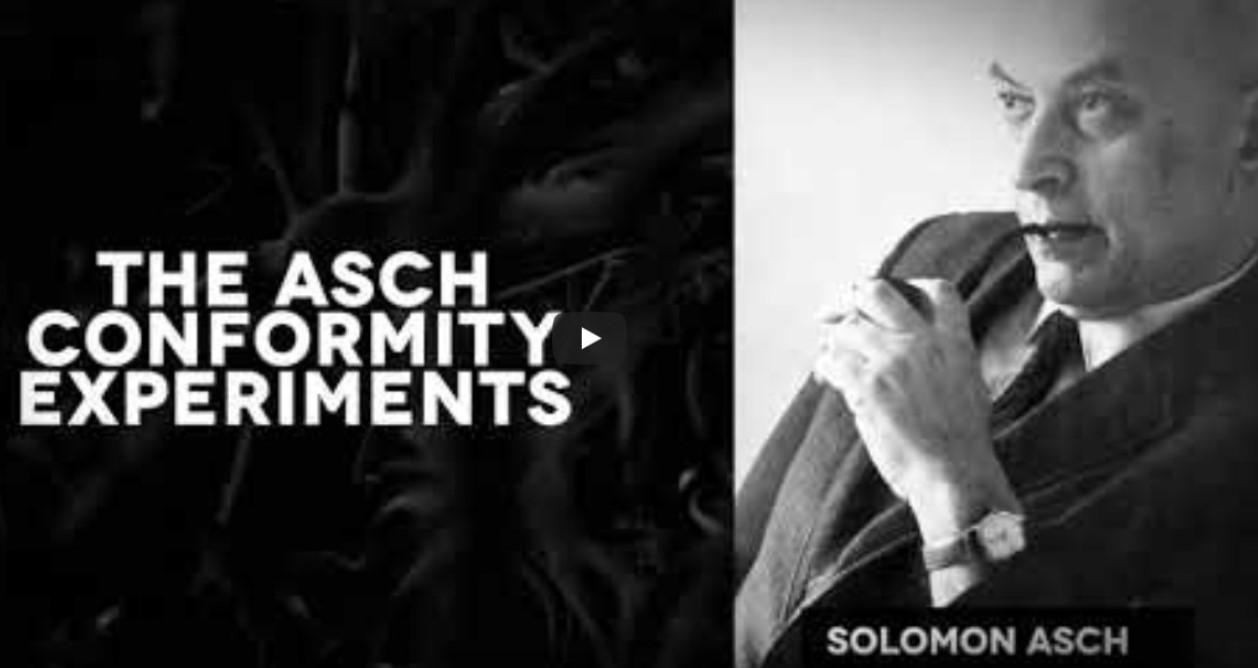 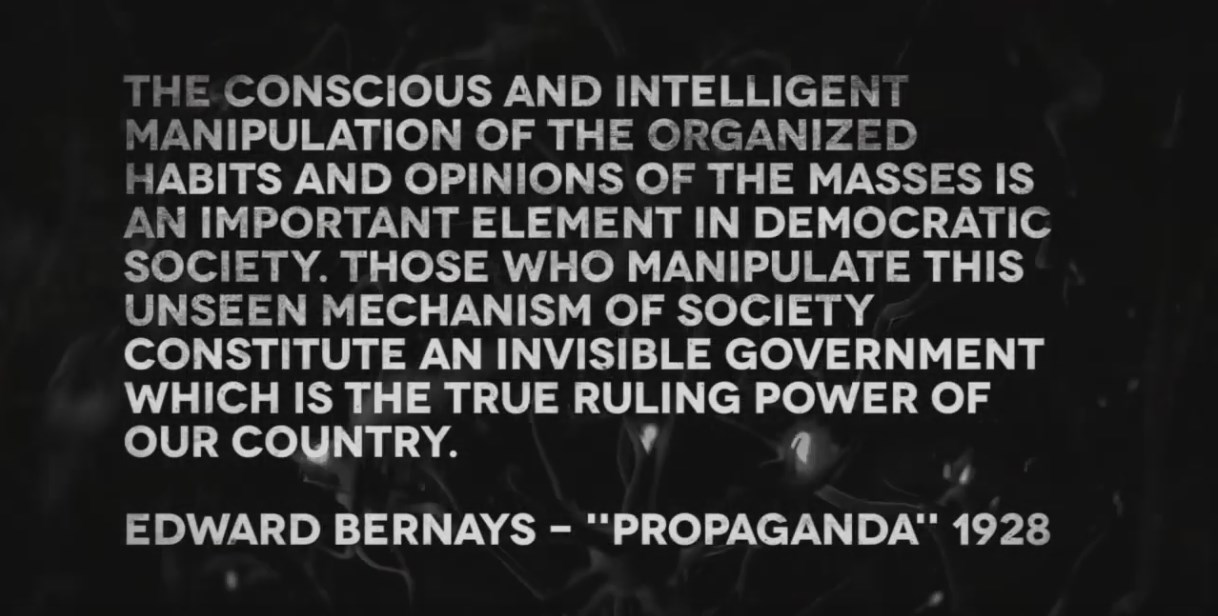 Rule from the Shadows: The Psychology of Power, Pt 1 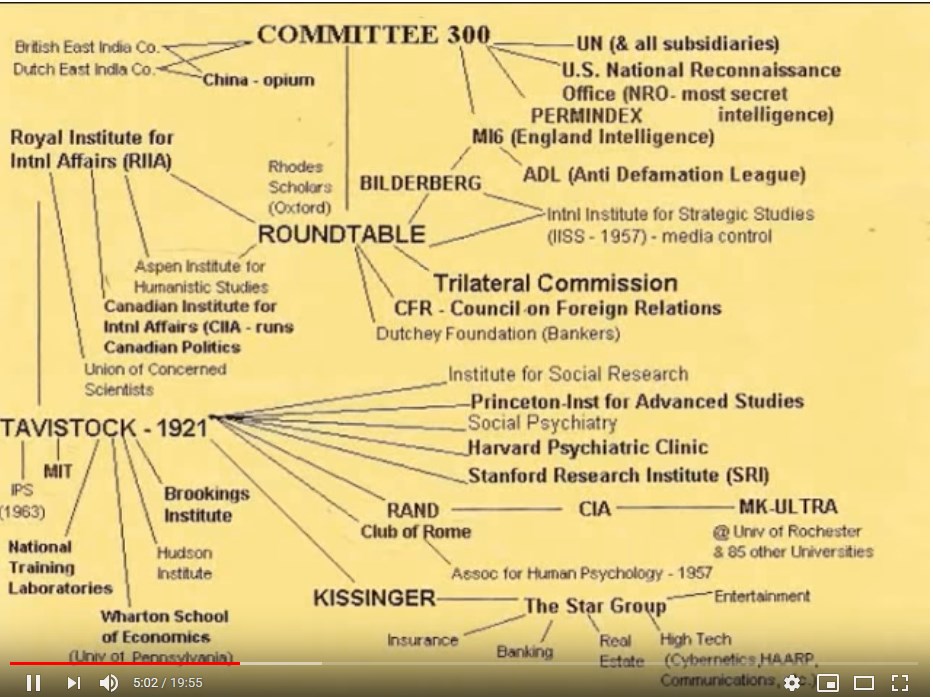 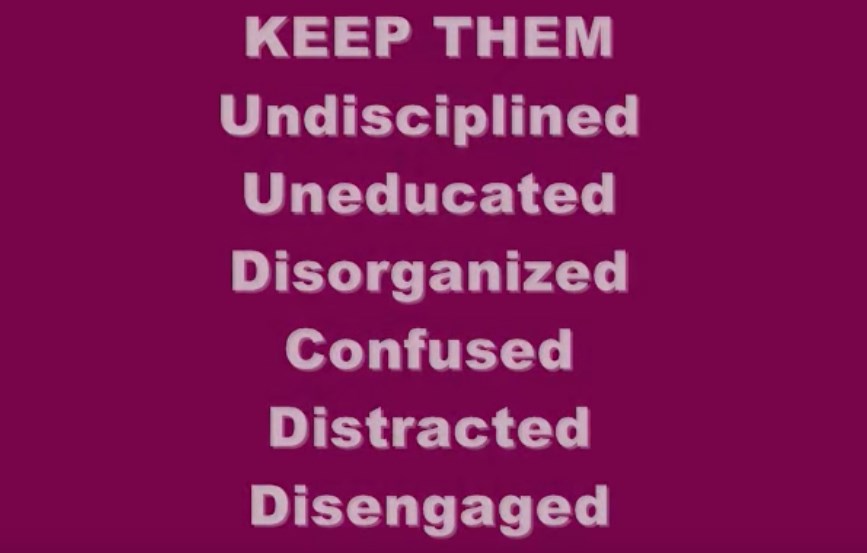 The hippie Movement was a Tavistock, CIA, Army Psyop effort to coop the anti-War movement and kill it . Jim Morrisons father was the Commander of the ship involved in the False Flag "Gulf of Tonkin" incident. Read 'Weird Scenes Inside The Laurel Canyon," and "Transformation of America."

And unfortunately the human sheep fell for all of it hook, line and sinker.  As much as I despise this kind of hedonistic need to make themselves gods, we must admit to ourselves that, yes, as a species we are quite ignorant and gullible to believe for thousands of years that the rich and "blue bloods" of our world have the right to rule us.  We have repeatedly given our consent for some reason beyond my understanding throughout KNOWN history for this voluntary enslavement.  It seems the large majority of humans are quite literally happy with being the cattle and sheep for their owners because they are too cowardly and weak to fight for their own self reliance and critical thinking skills needed to see the reality of their own condition.  Nothing's different today than has been for thousands of years where the human masses would rather be included with the herd being led to slaughter than be the few smart enough to run the other way.  The worst of them all are the enforcers that apply the needed terroristic lessons to the runners who dared defy their masters wishes in order to instill the fear in the hearts of those witnessing the fate of the targeted. 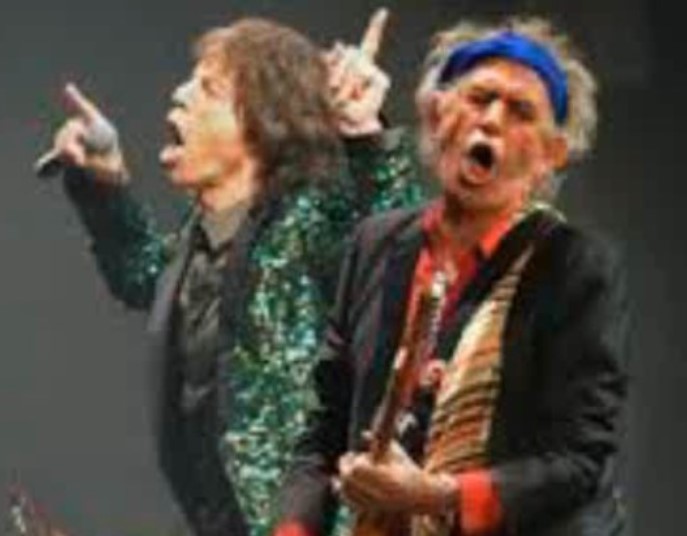 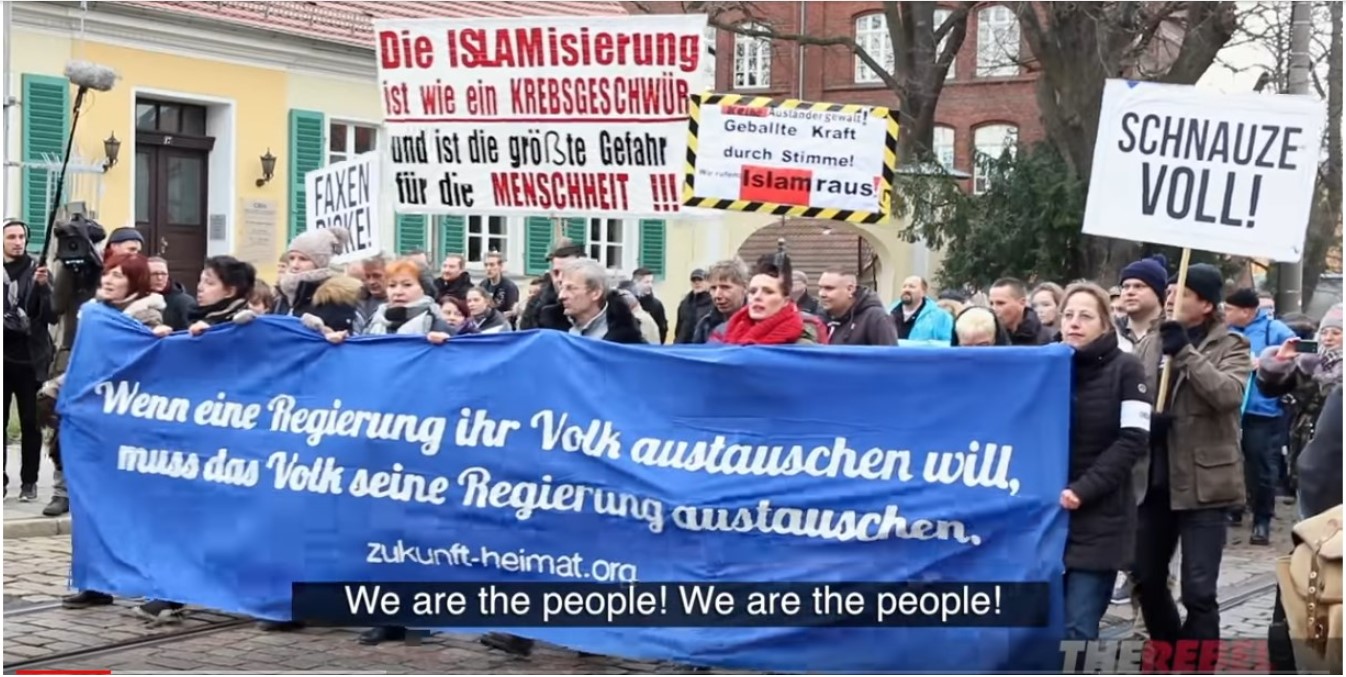 The first in our three-part series in - where we document the resistance coming from ordinary Germans who are fed up with what's been happening to their country.

WOW the "journalist" didn't like being called a fascist. That's golden! Now she knows how we feel. We're not fascist either!!! We want to protect our country. They are NOT far right- they ARE concerned citizens! 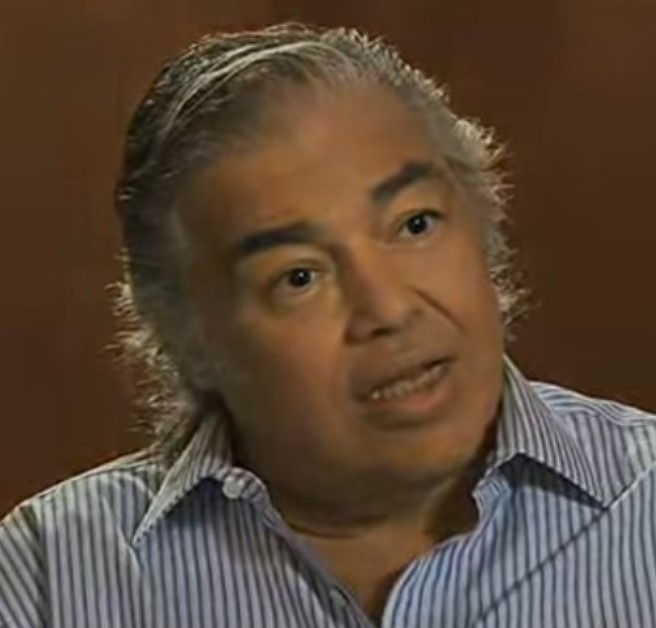 Full Interview http://www.youtube.com/watch?v=YGAaPj... Hollywood producer, filmmaker, activist and truth seeker Aaron Russo (Jewish) reveals some of the REAL reasons for feminism which was funded and pushed by the Rockefellers and the CIA for very nefarious reasons, which includes being part of their central banking worldwide takeover to help set up the New World Order

Feminism Was Created To Destabilize Society, Tax Women and set up the NWO - Aaron Russo 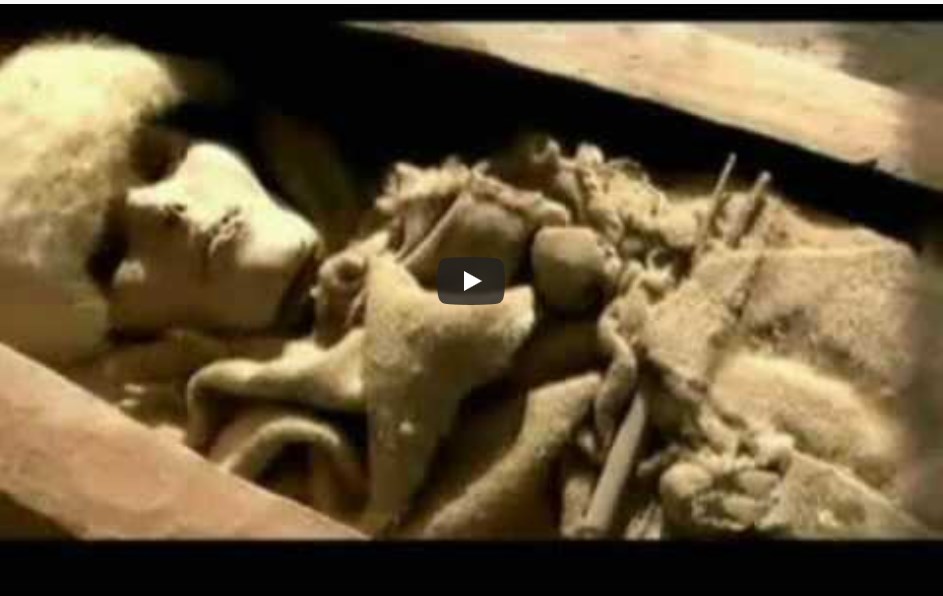 Sueprised result DNA check that Turkic Uyghurs located at Central Asia, far from Europe, higher ratio of Eurpean DNA than other neighbeours. Although Chinese government saying East Turkistan (Xinjiang, means new border) belonging to China from long history, but the mater people of the place of Uyghurs are different DNA to Chinese, and ancient mummies found from Tarim Basin, ancestors of Uyghurs did not match to Chinese. Uyghur DNA elements close to Uzbek. for Turkey Turkish, almost same ratio of Western Europ DNA with Uyghur. 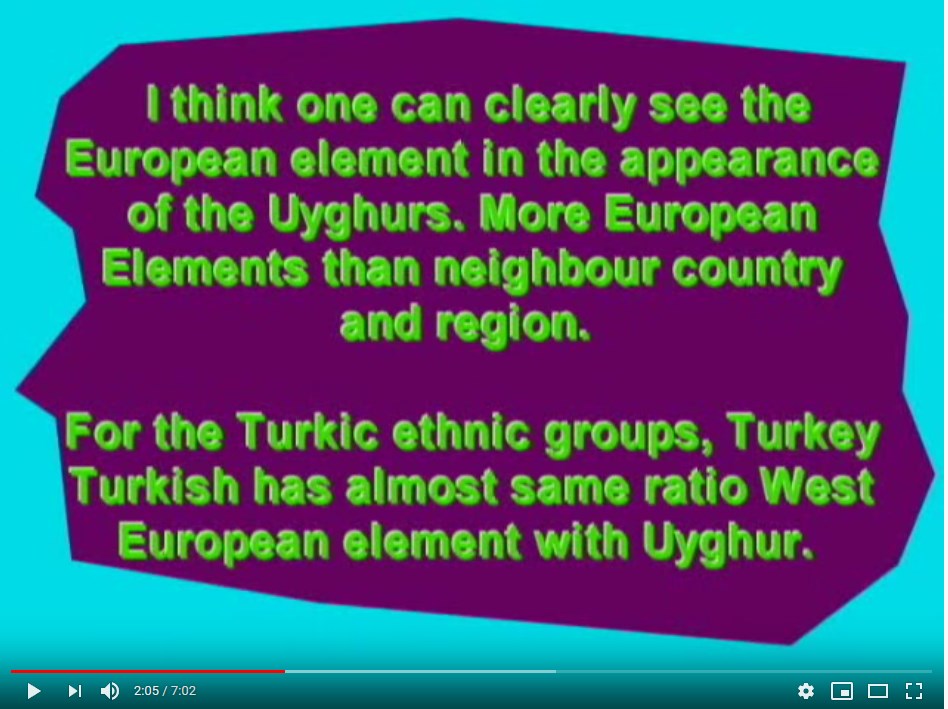 ueprised result DNA check that Turkic Uyghurs located at Central Asia, far from Europe, higher ratio of Eurpean DNA than other neighbeours. Although Chinese government saying East Turkistan (Xinjiang, means new border) belonging to China from long history, but the mater people of the place of Uyghurs are different DNA to Chinese, and ancient mummies found from Tarim Basin, ancestors of Uyghurs did not match to Chinese. Uyghur DNA elements close to Uzbek. for Turkey Turkish, almost same ratio of Western Europ DNA with Uyghur.