In 2015, Internet pioneer Matt Drudge warned that the establishment would try to ban links to news stories without paid permission from the site – and now the EU’s proposed Article 11 could do just that.

What is less known is that your computer keeps a log of all of its performed actions in the code including what you wrote on Facebook when and where, even after you have deleted your Facebook account.

Do not place personal information on Facebook, no photos, no travel dates to other countries, because it could be used by the CIA and other organizations against you.  No way would Facebook actually delete your data because it is not yours anymore.  The terms & conditions of the service make that very clear, so whether you make all your details on Facebook to be private or not, Facebook can view everything about you. 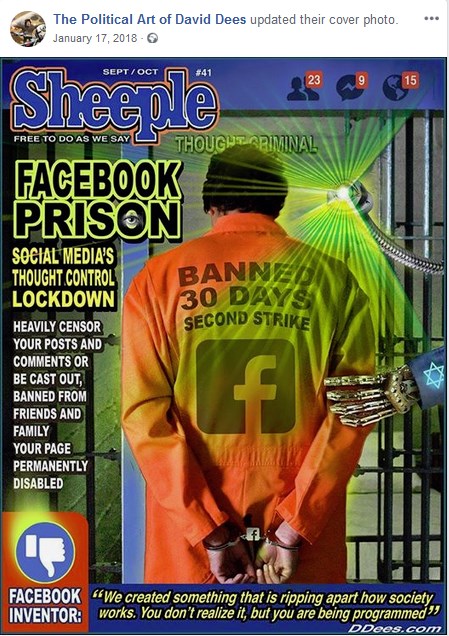 Facebook:  Please fix this security loophole before it’s too late

YouTube's New Censorship Will Creep You Out

Why Is This Man The Most Banned Person On The Internet?