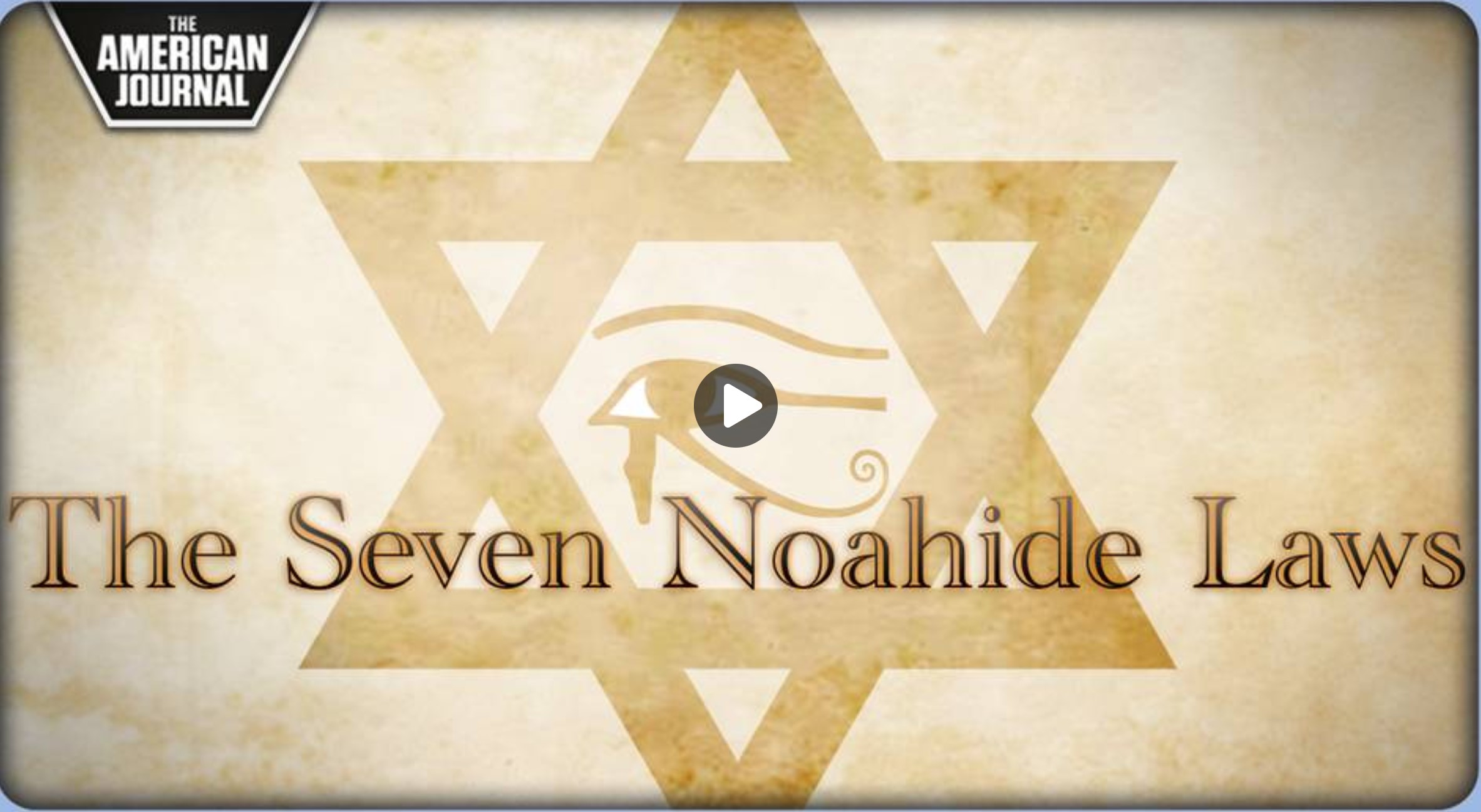 What Are The Noahide Laws? 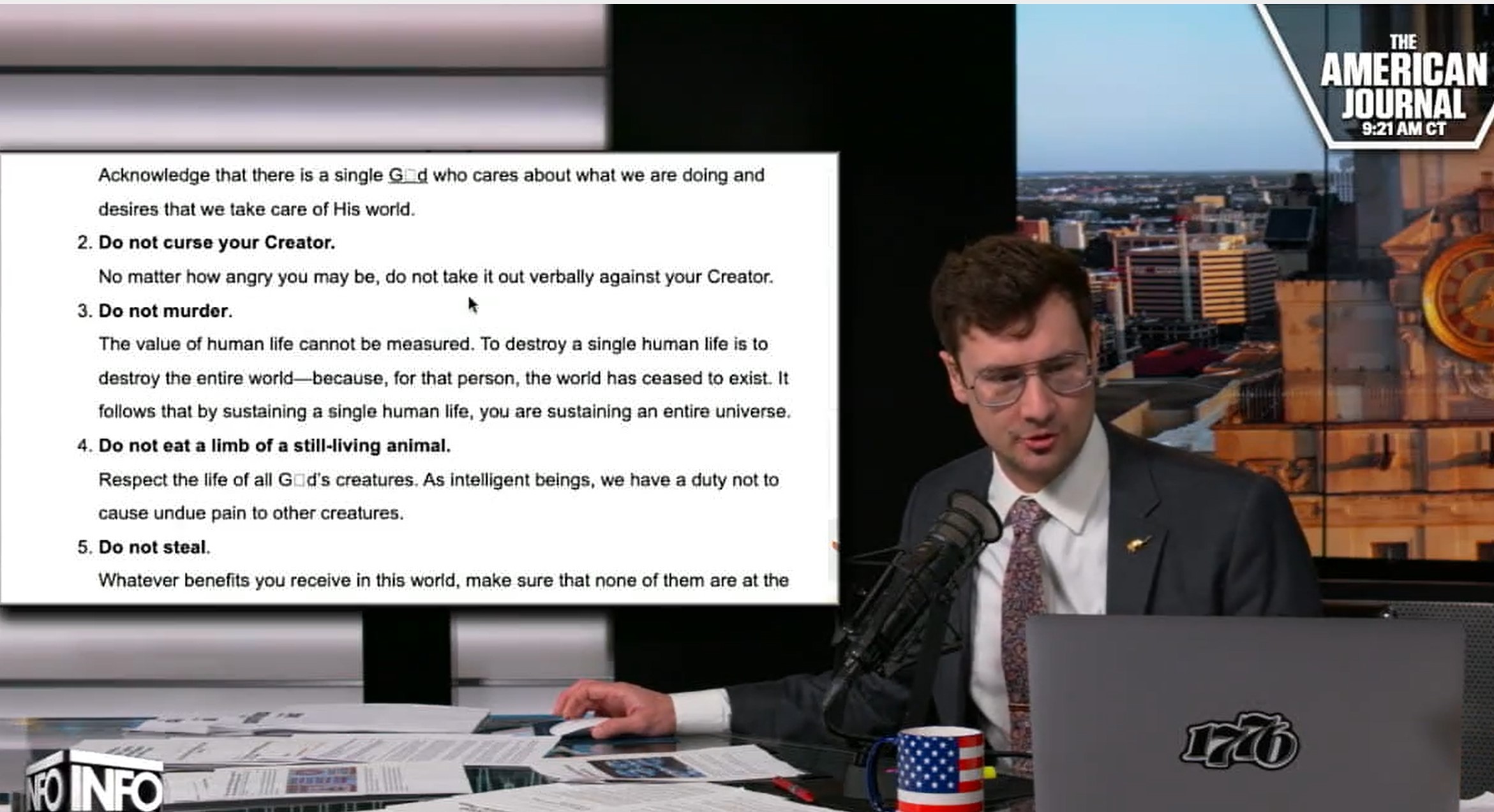 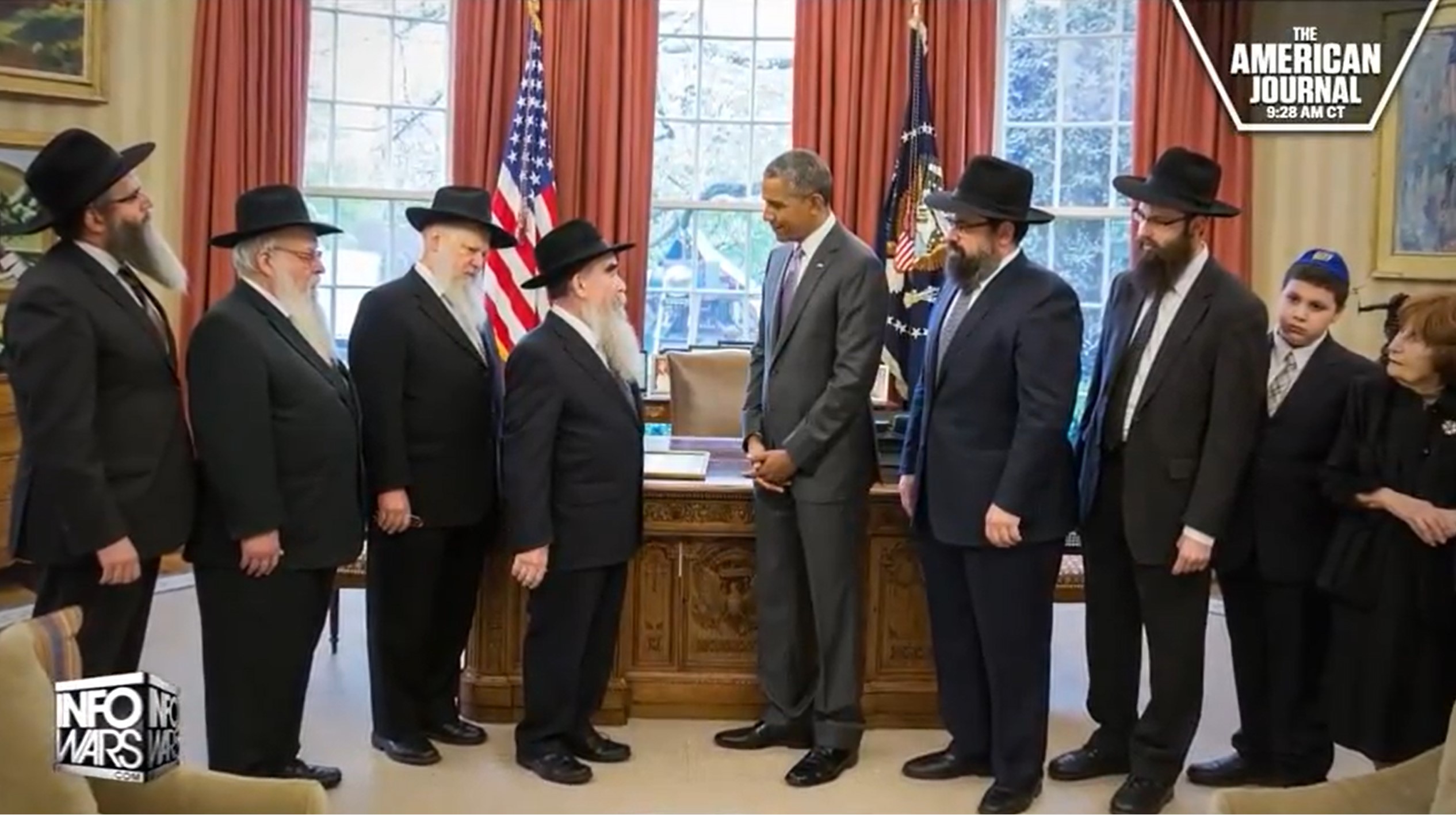 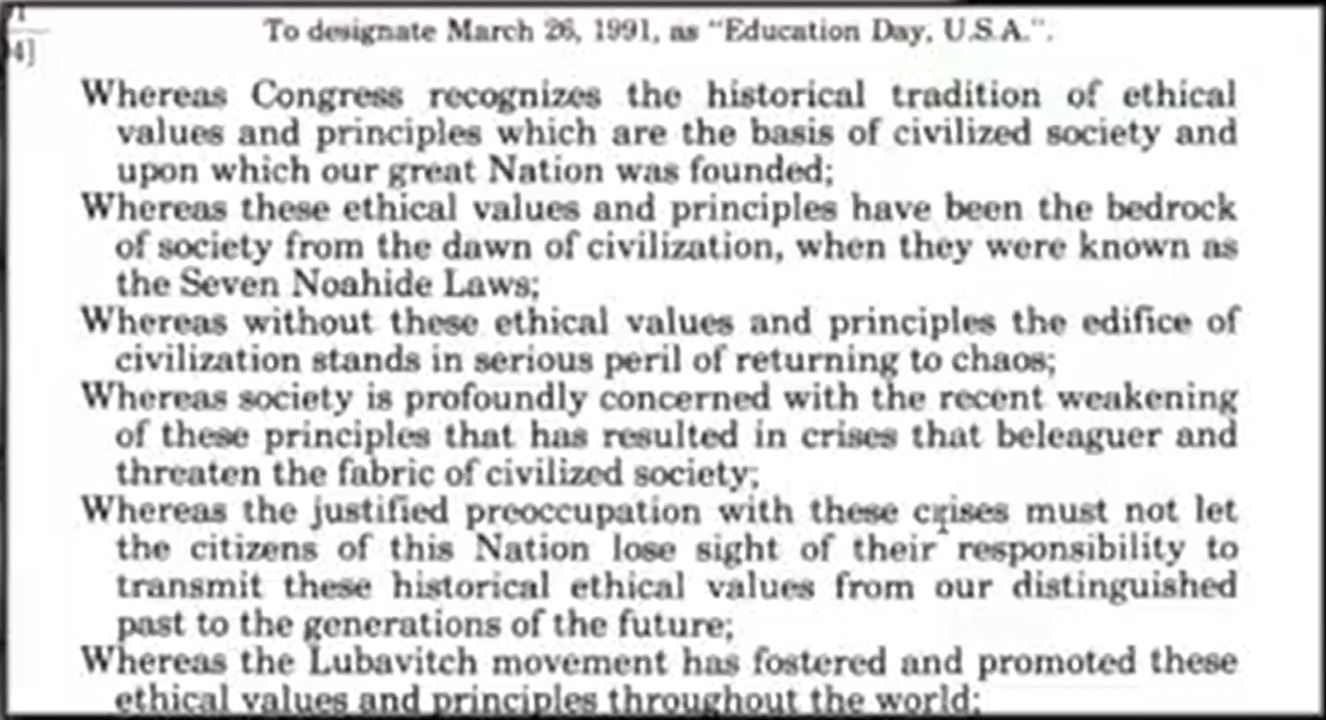 Nathan67
Point 3: Capital punishment for jews and non-Jews who violate serious laws were only permitted when the holy temple stood (and does not apply today). Capital punishment only applied to people (jews and gentiles) who lived in Israel and wanted to violate these laws in front of witnesses. So people are free to leave Israel and live how they want in other countries if they did no like these laws. In fact Jews had stricter laws that gentiles and execution applied to all jews who would violate the Sabbath as clearly written in the bible. So if a jew picked fruit for example on Sabbath they would be liable for execution for doing that. This is much stricter than a gentile who would want to have sex with animals or steal or murder. Get educated!!!!!!!!!!!!!!!!!!
TonySopran0
The idea that these ultra Orthodox Jews are some how thing they are superior to everyone, and everything thing is sort of true. They even think they are superior to other Jews, but then again every cult thinks they are #1, and everyone else is doomed and sucks.
Advoc8
The Chosen Ones still command all ewe cattle to self-censor and NotSSee that the Talmud and Kabbalah at their roots simply reflect the mythologies and Pagan Pedo-gods of their Sumarian Incestors. Well-documented, thanks to their own words to this day, accompanied by ancient clay tablets: "Kingship was lowered from Heaven" to rule and CULL all you $lave creations for their Mother Earth goddess, who's name constantly changed over time and infected CULLtures and incarnations such as CliMutt Dogma Cancel CULLture... Same roots, same ol Pagan Pedo-goD Fruits... We were warned, and not by the Pagan $avior version blended into the gaslighting/dogma.
Nathan67
Point 2: The Babylonian Talmud is a series of debates between Rabbis who lived in times of Babylonian exile and debate Jewish law, and have been translated to many languages and is available in soft copy and in any Jewish bookshops in English. The statement that jews permitted to have sex with 3 year old girls is a disgusting lie and it does not state this in the Talmud. Why didn’t you ask Junior to provide a reference where it is written in the Talmud by giving the book number and page number where it states this? This is a popular Christian lie such as the lie that jews make cookies out of Christian children for Passover. You may want to look up the dark times when Christians burned and tortured Jews and accused them of these lies such as in the Spanish Inquisitions a historical and undeniable fact. 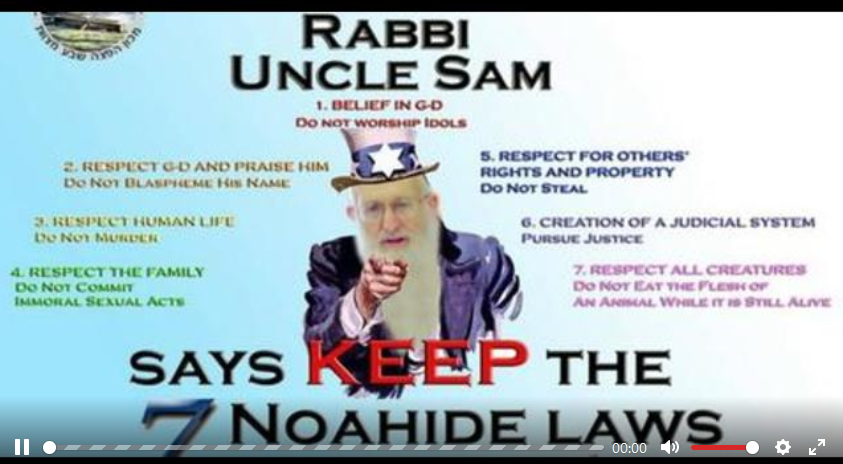 Noahide laws have no connection to Noah: they're Talmudic fiction.nobama farce

The U.N. & The Noahide Laws

The most important book of Judaism is the Torah which is the law god delivered to Moses or the written law. It'ss comprised of Genesis, Exodus, Leviticus, Numbers, and Deuteronomy, and is considered to be devine. The Nevi im is the book of prophets, and the Ketivum the writings. Together they are known as the TaNaKh. This is what's know by christians The Old Testament. The Torah is distinct from all other books, in that it's written by God. All other books are written by men, and men are fallible. There are volume upon volume of books of Rabbinical teaching, That make up Jewish law. These make up what is known as Jewish law and consit interpretations and oral traditions, and have changed throughout history, You can begin to see the potential for problems to arise. The better known of these teaching is the Talmud and the Zohar. There are two Talmuds the Babylonian and Jerusalem, the Babylonian was adopted as the more authoritative and is 63 volumes in itself. The Zohar is where Kabbalah comes from and is the study of Jewish mysticism and occult knowledge. Noahide law is derived from the Talmud not the Zohar. Jewish teachings can't be compared to the Chistian Bible as many books bound in a single volume. It could if you strictly went by that which is devine and holy, but Jews can't seperate their man made laws from that of god. To say only a few jews believe in the Noahide laws is a false statement or this woman has no idea of what Judaism is. Noahide laws were Jewish laws for non- jews living in Israel. Judaism is not the the same religion of the Israelites or Hebrew which kept Gods law for a time. The Judeans were Isrealites, but they didn't keep gods law, they supplemented it with mans laws and some vile ones at that. If a person is Jewish they believe in the Talmud and many more books of Rabbinical teachings. The Jew is taught the gentiles or goyim are here only to serve the Jews, and it's not immoral to deceive, steal from, kill, rape or enslave as long as they aren't a Jew. All jews except for atheistical Jews adhere to those beliefs. Atheistical jews gave us the Russian revolution, and Bolshevism 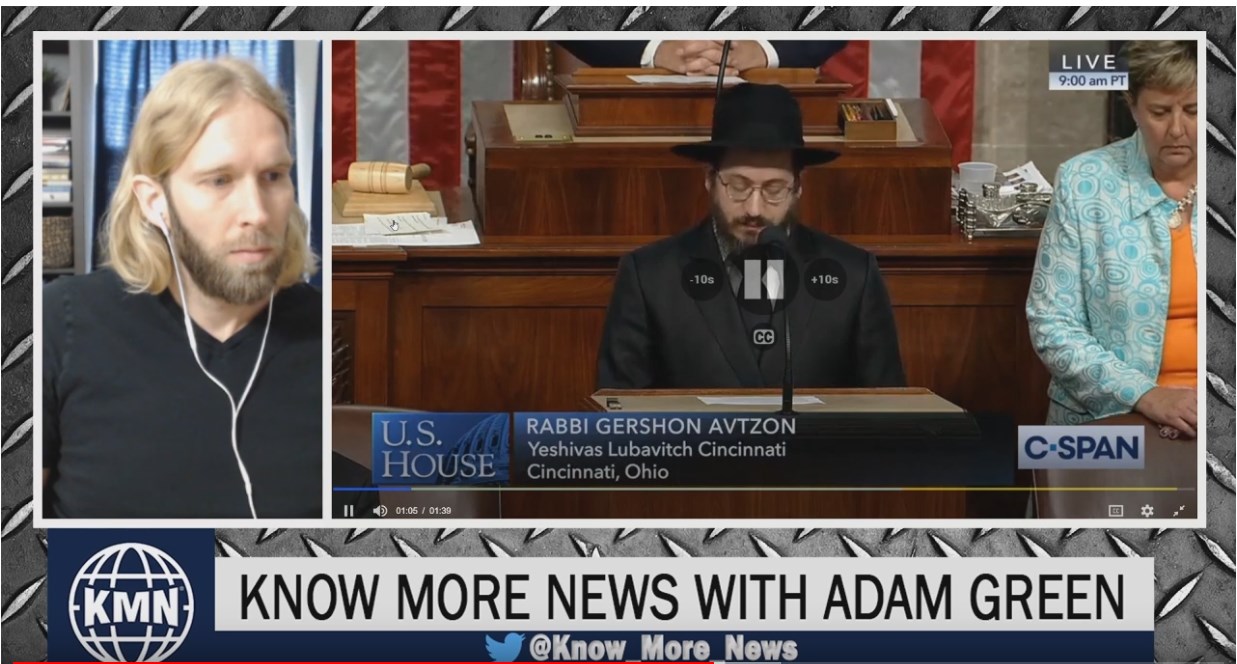 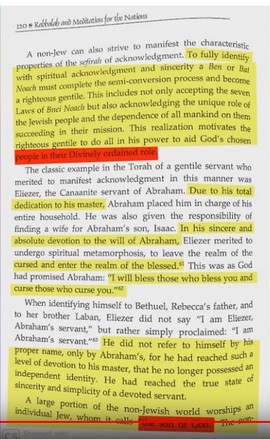 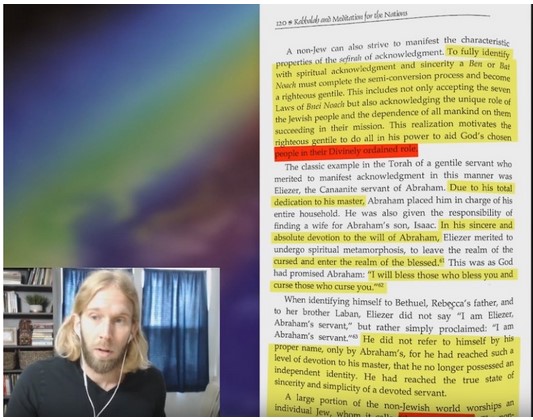 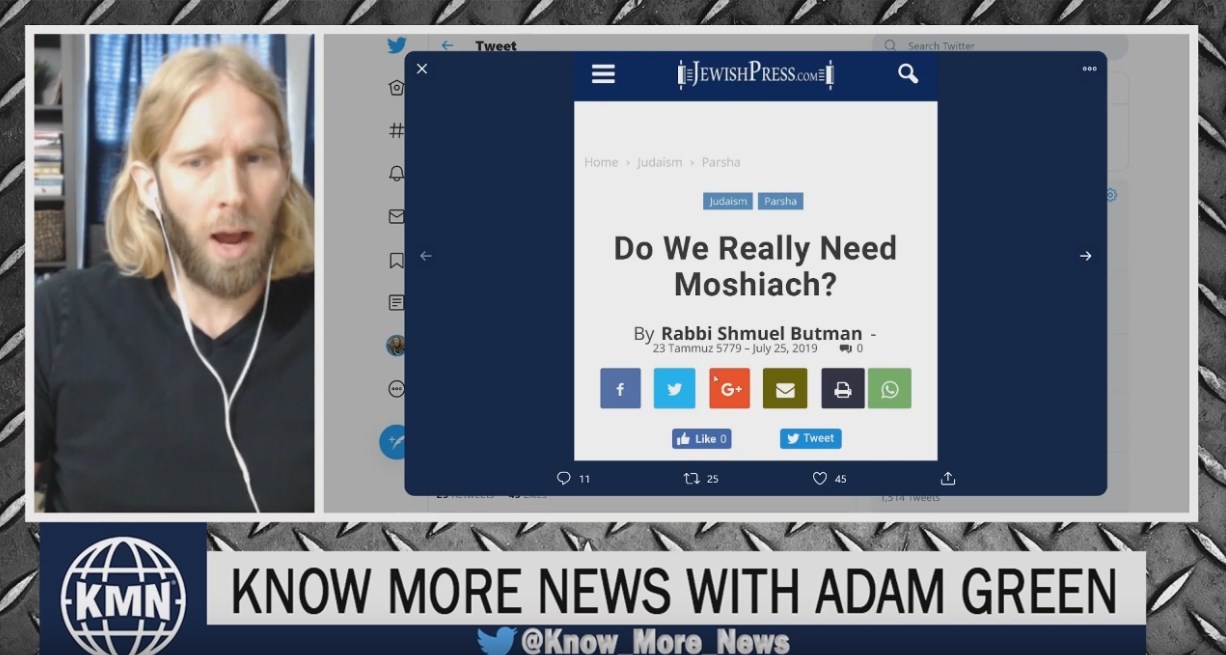 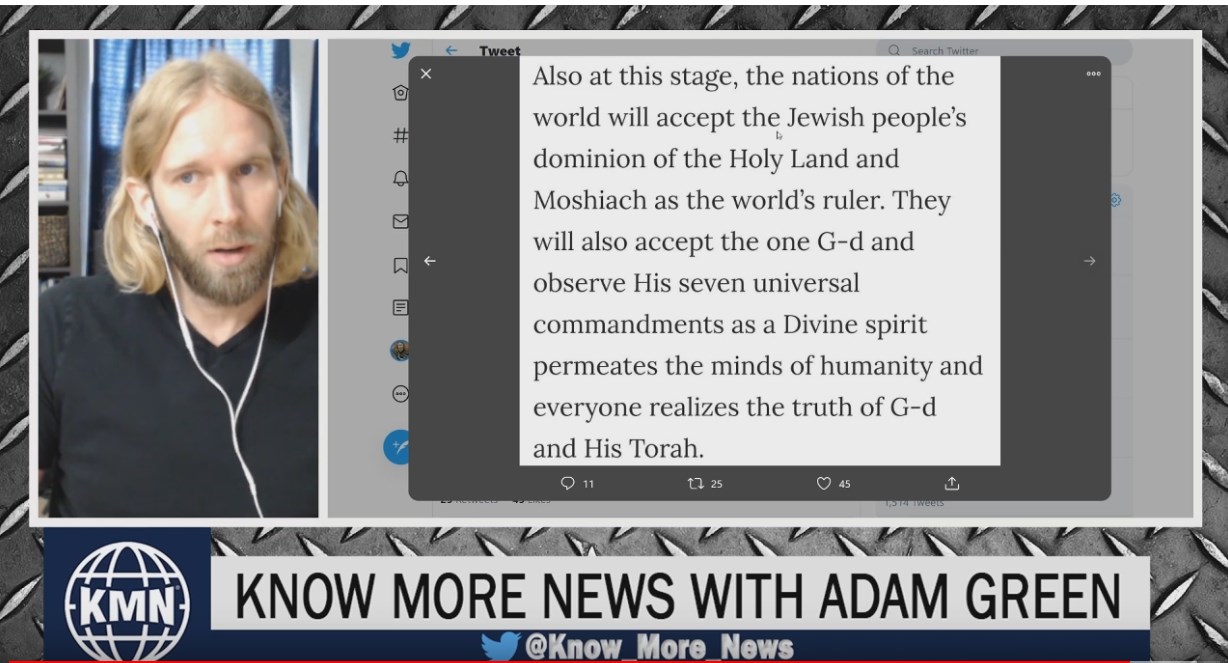 Feminist Ate My gf 20 hours ago (edited)
They say ‘never again’ as they genocide the Palestinians.

Escape the Matrix 21 hours ago
'Separation of Church and State' doesn't apply to Satanism?

nobama farce 20 hours ago
Noahide laws have no connection to Noah: they're Talmudic fiction.

Ryan 21 hours ago
Honestly it's laughable to read that title and then to hear your intro. It's so obvious who rules America.

maddie 74 22 hours ago
This is getting so obvious, are americans and the rest of the world asleep.They seem more upset by not recognizing pronouns.Trump really is a fully fledged traitor, death penalty for treason doesn't seem to apply there would be no one left in government.

Men In Black 21 hours ago
Lenin establish the death penalty in the Soviet Union for anyone accused of antisemitism. Millions perished.

Elizaeth Mortensen 21 hours ago
They’re literally insane.....there is no Judeo anywhere near Christianity, none

Barbara Warwick 20 hours ago
This foolish Senator doesn't realize as a goyum he too will be restricted under Noahide Laws.

wait4yahawashi 21 hours ago
Is this why the government bought so many guillotines??? Hmmmmm???

cyndy t 21 hours ago
While Lenin was ordering the destruction of Christian churches and the torture and death of Christians, one of the 1st laws he passed was making antisemitism against the law punishable by death. The Bolshevik Revolution was financed by Wallstreet Bankers and much of the training took place in NYC

wellspring2life 21 hours ago (edited)
Thank you Adam for exposing this. It appears to be a war against Jesus.

Jizard Slayer 19 hours ago
The Stalinist regime made anti-semitism illegal, if I'm not mistaken, so in that case this Chabad rabbi is lying through his teeth. 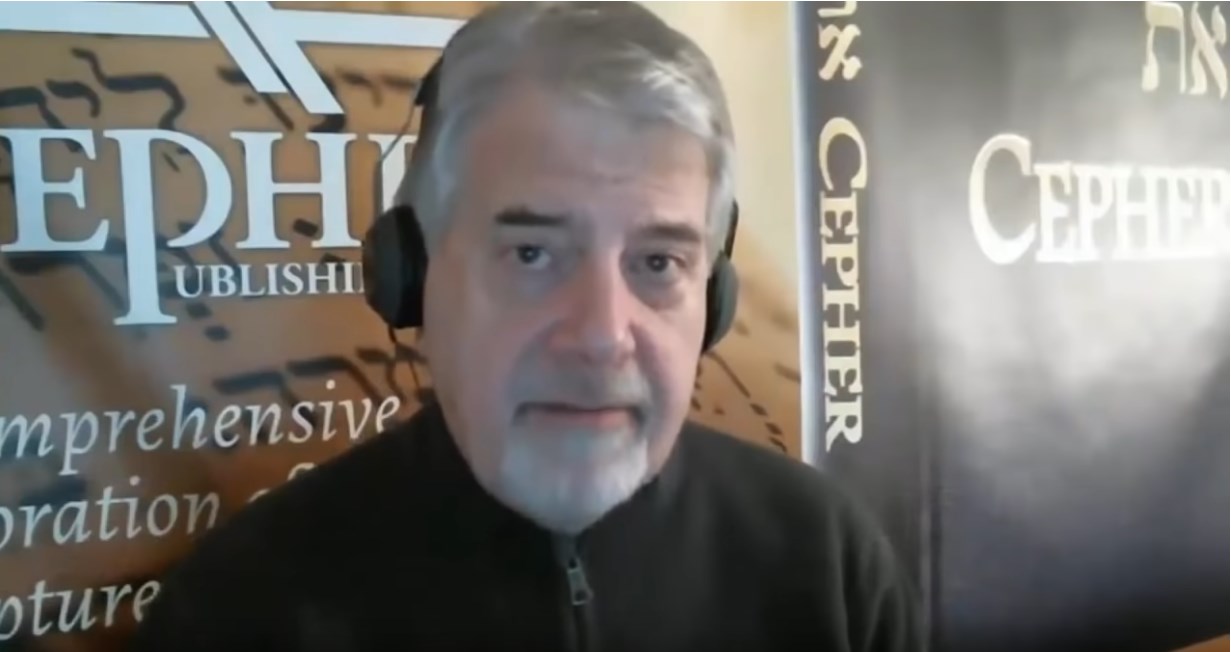 Cepher Publishing Group
Published on Jun 18, 2019
Are the Noahide Laws simply a forgery of the Ten Commandments? Why is Yah's Covenant not being promoted or followed by those who wish to institute these Noahide Laws?
This is part 1 of the series The Noahide Laws hosted by Dr. Stephen Pidgeon.
Visit our website: http://www.cepher.net
Dr. Stephen Pidgeon's Blog: http://www.cepher.net/blog.aspx
Email questions to: This email address is being protected from spambots. You need JavaScript enabled to view it.