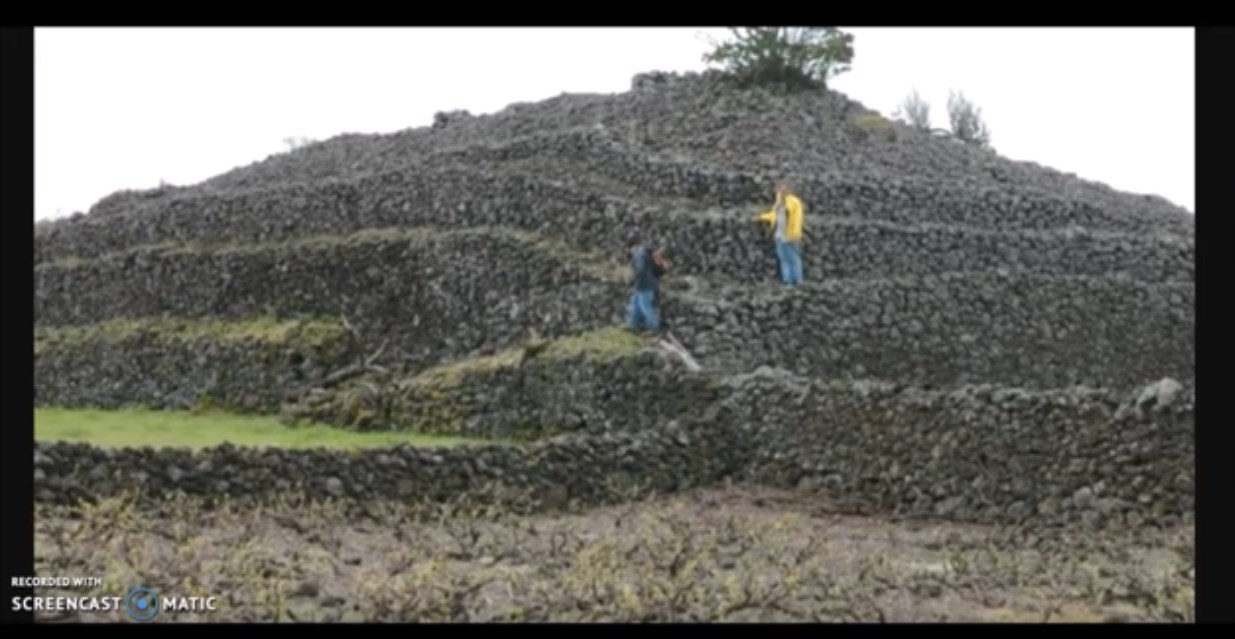 The mystery of Azores

In the Atlantic Ocean there lays a group of nine spectator Islands (all volcanic in origin) called the Azores which resembles many of the descriptions of a lost island in the Atlantic. Many people are not unaware of archaeologists currently studying over 140 pyramids that are all concentrated in an area of 6 kilometers apart. Some of the structures reach about 13 meters in height and which all to be perfectly aligned deliberately, leading to renewed speculation about ancient antediluvian civilizations, such as Plato's Atlantis, Lemuria, and Mu. The Azores are widely separated and is directly west of Lisbon, Portugal in Europe (1565 km). More shocking is that these structures satisfy the same guidelines of other pyramids around the world with apparent astrological motivation also suggesting burial rituals.

The larger islands of the Azores is called Terceira and has a population of 56,000 inhabits. It is located in the historical capital of the archipelago now a UNESCO heritage site.

The mystery of the Phoenician or Carthagenian coins found and other artifacts have been discovered which includes, metal spikes, shells, weights of fishing nets, utilities made of the salt, coal fragments, pieces of pottery and bones. They found birds, bats and a few small lizards which were native to the area but no land mammals. The islands were discovered and settled in the 1400's and the settlers found nobody living on these islands.

Recently I discovered articles showing evidence in the Azores islands regarding they believe who built the pyramids are from the mythic Megalithic culture that is just after the ice age. They found some graves which are to be people that made it to the island before Christianity but I have not been able to find what race of people they are, but it's believed they are of Europeans decent.

It's strange the information is coming out in the last few years in vague distorted portions and the Portuguese government is restricting the information getting to the public which is suspicions. There are people who promote the idea this is where the city of Atlantis, it is hard to believe regarding the lack of evidence and remains on the site, as the mystery.

The question we ask ourselves, how did people from Europe make it to these islands with oceans of great distance apart and what happened to them? Where they rounded up and sold to slavery? 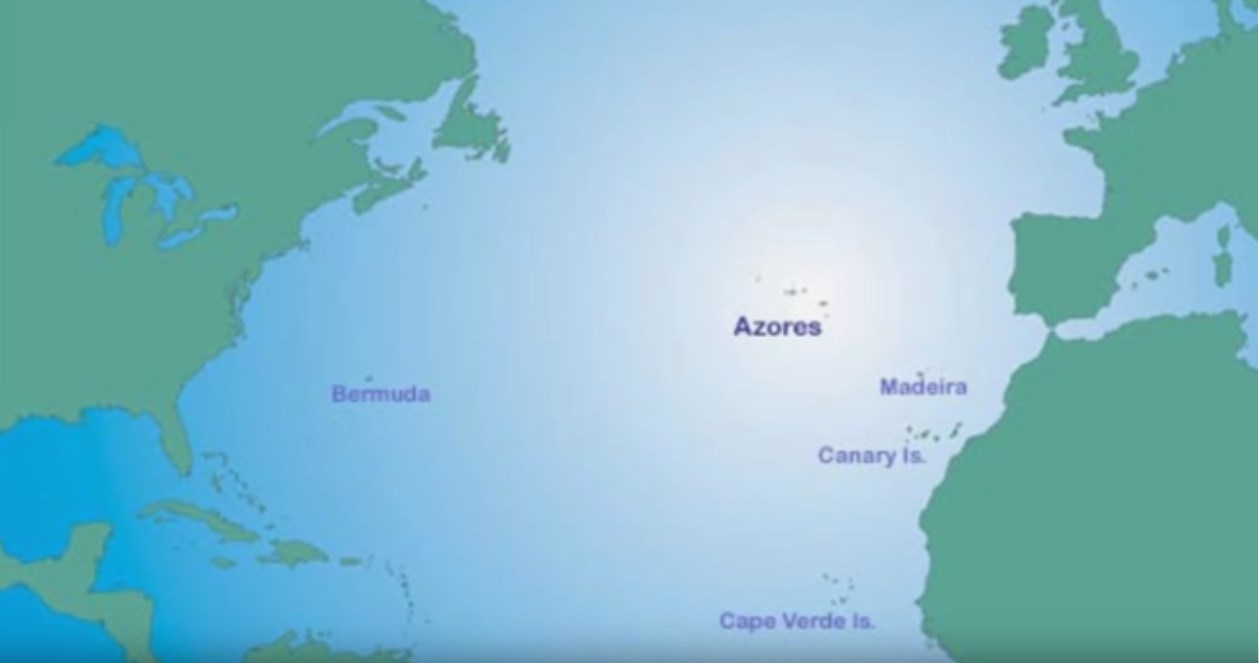 Pyramids of the Azores Islands in the Atlantic Ocean
I show evidence in the Azores of ancient ruins, pyramids, cave art and most remarkably what are called "cart ruts"...and more. And the most common request, where was Atlantis? The Azore speculation. Randall Carlson thoughts on Plato's Atlantis and a few thoughts. Links below.

More History of the Azores 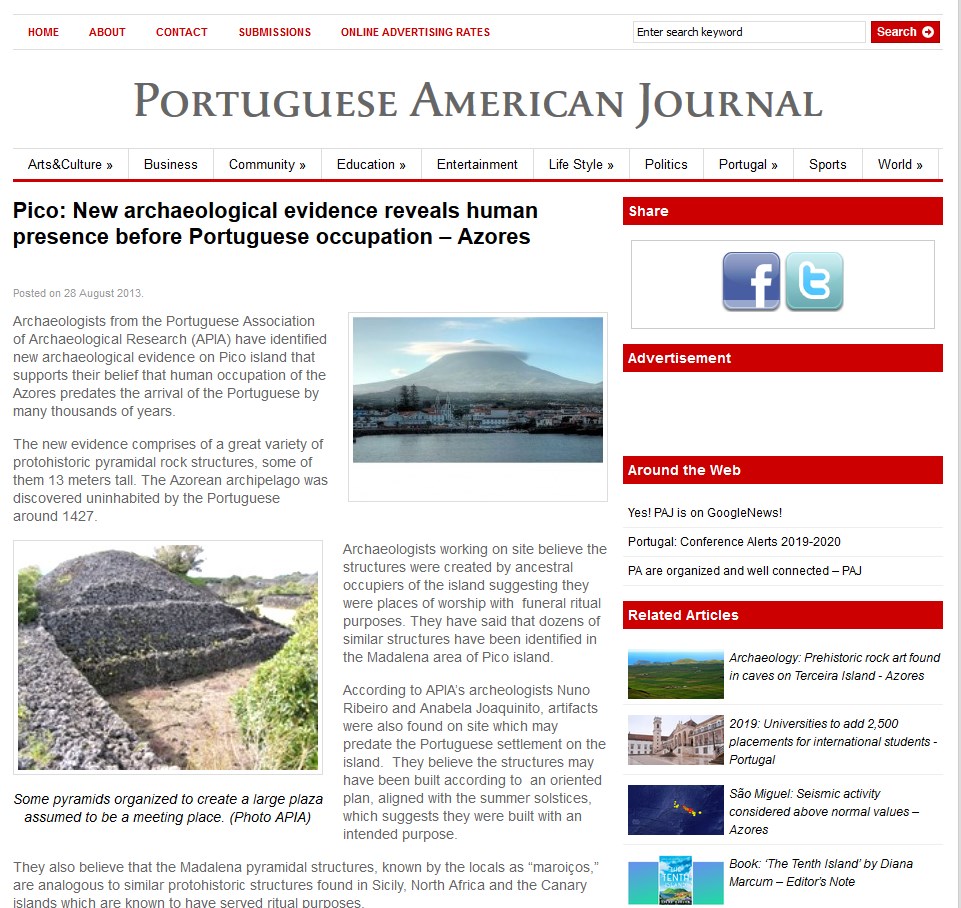 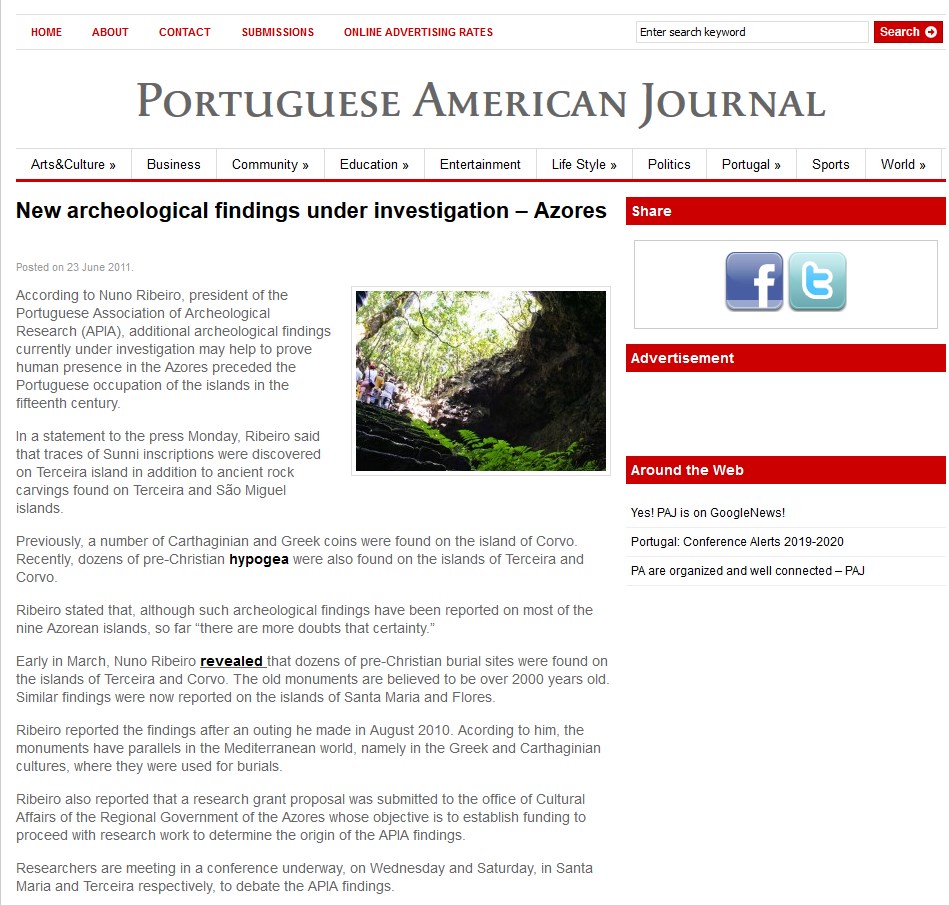 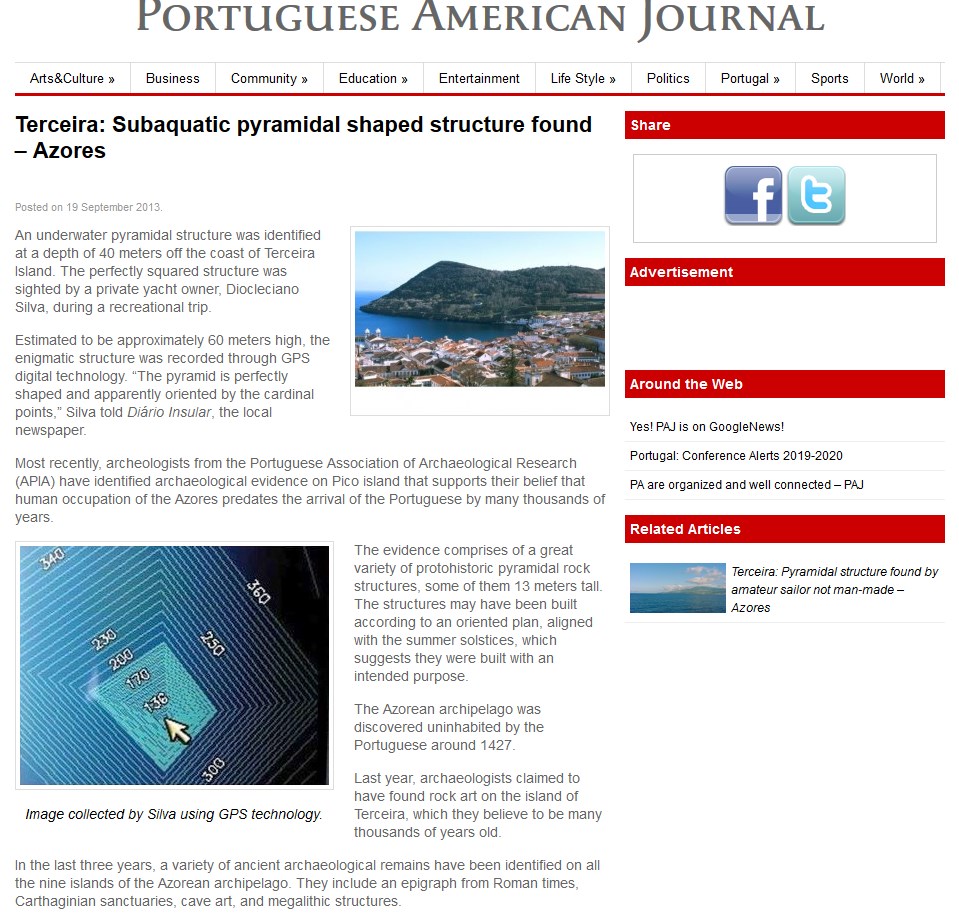 "Set in the Atlantic Ocean, midway between North America and Europe, nine islands make up the Azores archipelago with a volcanic connection that makes them among the most beautiful in the world. Discovered in the 15th century by Portuguese navigators on their way to the new world."