The Rise Of The Lakota Nation | Nations At War | Timeline 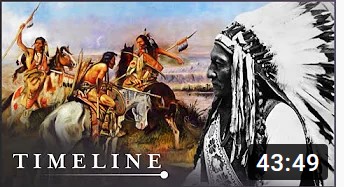 The Rise Of The Lakota Nation | Nations At War | Timeline

The British and later US governments were in a difficult position. It's likely that in many cases the treaties were negotiated in good faith but the reality was that it was simply impossible to prevent settlers and later gold prospectors from entering the lands granted to the Natives. Understandably, the Natives took the government at its word and enforced their borders, often with force. Even if the government wanted to, it was politically impossible to allow deaths of White people at the hands of Natives to go unpunished. In a way, I suppose the outcome was inevitable but I do wonder how things might have developed had the government allowed the Natives to enforce their sovereignty.

Why Are So Many Jews Denying The Holocaust? 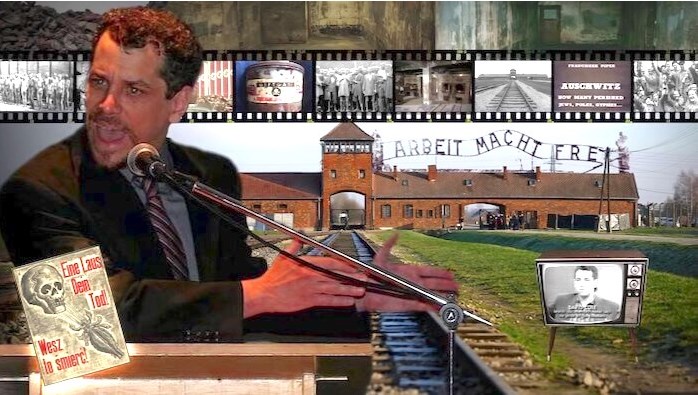 Why Are So Many Jews Denying the Holocaust?

The Holocaust is a tricky issue that many Christans are afraid to discuss, let alone even question. Despite this, Holocaust skepticism is on the rise throughout the world. In fact, many people doing the questioning are Jews themselves – and their arguments are quite interesting and compelling.

What is the Holocaust? According to Wikipedia and official sources, the Holocaust was the systematic extermination of 6 million Jews, carried out by Nazi Germans in various concentration camps during World War II, often using “gas chambers” with Zyklon B (a common household pesticide used to kill lice, which carried deadly Typhus).

Over the years, and even to this day, there are many prominent Jews who have questioned and/or fully deny the official version of the Holocaust.

Rabbi Moshe Aryeh Friedman, who is from Austria and speaks German, is a prominent Holocaust denier who has traveled the world warning people about the dangers of Zionism.

He has made international headlines as an orthodox Jew who vehemently denies the official Holocaust narrative. Below you can see Rabbi Moshe Friedman (left) with Rabbi Ahron Cohen (center) at a Holocaust denial conference in Iran. 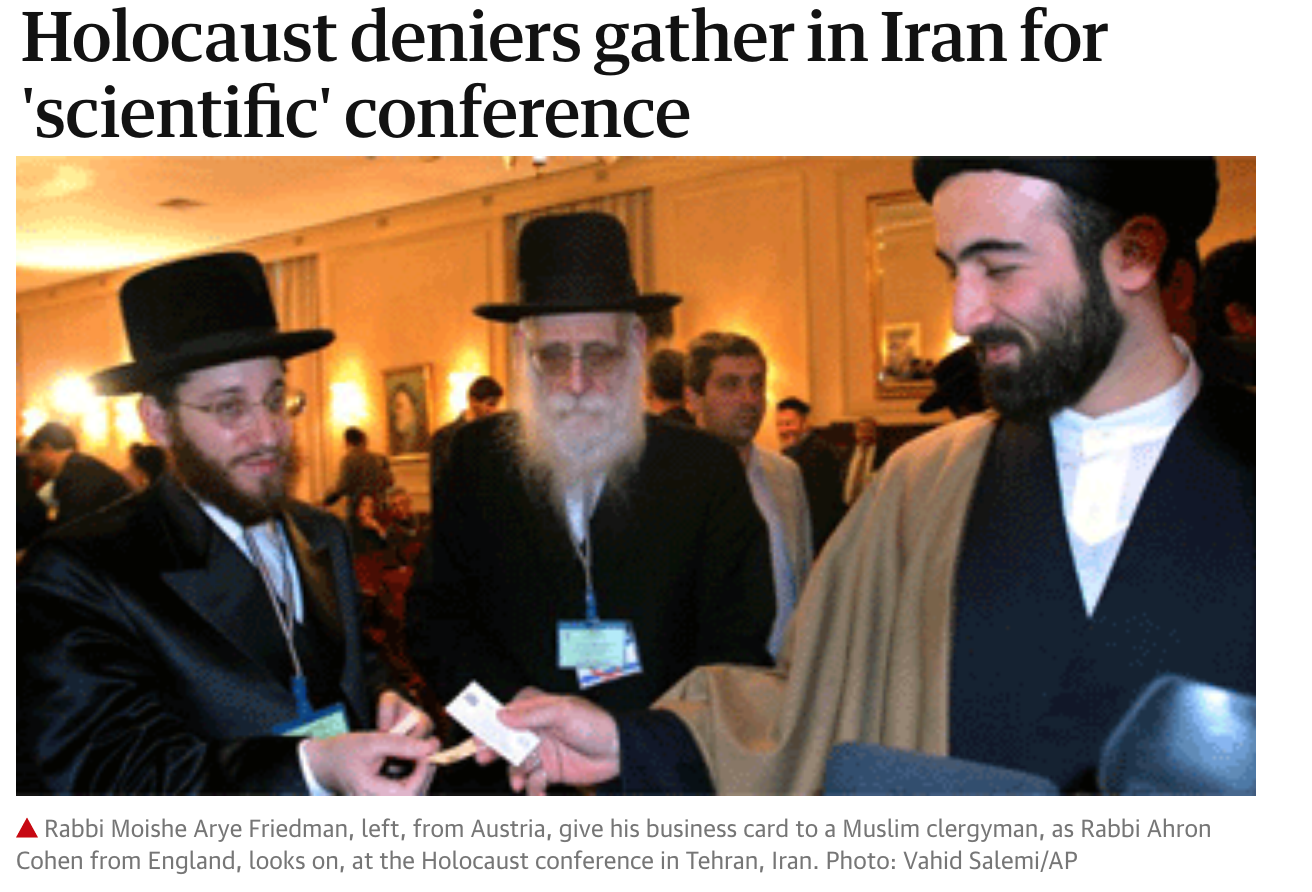 In 2006, Rabbi Friedman traveled to Iran where he attended and spoke at Holocaust denial conferences and also made various media appearances. Quoting Rabbi Friedman:

The existence of the Zionist regime is based upon the belief that they have to destroy the belief in God throughout the world. Another one of their goals is to destroy the other peoples both physically and economically. Every believer throughout the world should fight Zionism. Whoever cooperates with Zionism in any way is, in fact, opposing his own religion. Whoever believes in Islam and wants to support the Zionist regime in any way, rather than be hostile to it is, in fact, casting doubt upon the sincerity of his belief.

We have a great problem. By fabricating lies about the Holocaust global Zionism has succeeded in distorting historical truth in its favor…Throughout this period in which Hollywood succeeded in influencing global public opinion and creating the myth of the Holocaust which they interpreted to their advantage the Islamic Republic of Iran was steadfast and exerted efforts in the struggle against the global myth of the Holocaust to the benefit of all peoples of the world. May God protect you. We are grateful for your support.

Read more Why Are So Many Jews Denying the Holocaust?