Whites Were Slaves Before Blacks 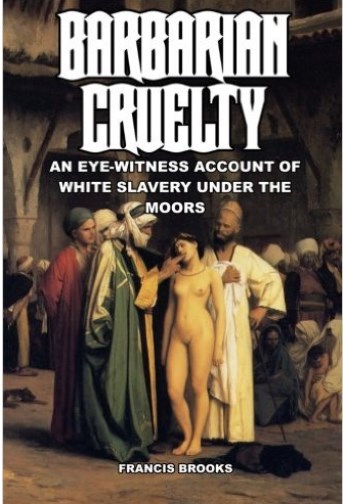 It was during the 1600s that Barbary corsairs-pirates from the Barbary Coast of North Africa were at their most active and terrible. With the full support of the Moorish rulers of North Africa, these Muslim slavers raided Southern Europe, the Atlantic European coast, Britain and Ireland almost at will. Most estimates indicate that by 1780, at least 1.2 million Europeans had been seized.  Very few ever managed to escape and most ended their days dying of starvation, disease, or maltreatment.

This remarkable book, first published in 1693, contains one of the few genuine eye-witness accounts, written by a white slave who managed to escape.  Its graphic description of the lot of white slaves, the Moorish relations with the Jews of North Africa, the conditions of the time and the author's eventual escape, cast a dramatic and nowadays, oft-hidden light upon the time when whites were enslaved.Many countries throughout Europe suffered from raids from slave traders ships looking for European men and women to sell in the middle east. During the late 1300s and mid-1400s, millions of white Christians suffered enslavement. Many of these slave traders were  Muslims from numerous countries in North Africa, Middle East and Turkey.

History of slavery in the Muslim world

European slaves in the slave market of the Ottoman Empire

The sex slave trade in Europe is still active today