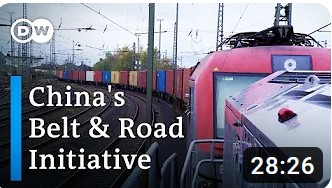 uisburg is home to Europe's biggest inland port, and in 2014 was subject to a high-profile visit by Xi Jinping. Since then the German inland port city has most definitely been on the map in China - as the destination for an increasing number of freight trains from the country.

Duisburg is, together with the likes of Liège or Genoa, one of the revived Silk Road's gateways to Europe. The project is set to be completed in 2049, with the aim of consolidating China's status as a global economic and political player. The most immediate manifestation of Beijing's ambitions in Europe is the huge investment in logistics and infrastructure. The "Belt and Road" initiative incorporates a network of railway lines, airports and shipping routes - most of them either run or controlled by China. Supporters in Europe point to the economic growth potential, while critics warn of growing dependence on China.

The Silk Road project had been powering ahead in recent years - until a succession of pandemic-related lockdowns in China disrupted its international trade routes and supply chains. Both Beijing's plans and those of its partners are being compromised by COVID-19 coupled with Russia's invasion of Ukraine. The gigantic investments in ports, container terminals, railways and logistics hubs for land, sea and air links constitute both a challenge and a hugely promising opportunity.

This documentary focuses on three key locations at the European end of the "21st century Silk Road": the inland port of Duisburg, Liège with one of the continent's biggest cargo airports and the new Alibaba logistics hub, and major Italian seaport Genoa. The film reveals the degree to which they are already integrated into the Chinese trade network, and examines the prospects of the "21st century Silk Road" in light of China's zero-COVID strategy and its partnership with Russia. A blessing or a curse for those hoping to benefit?

DW Documentary gives you knowledge beyond the headlines. Watch top documentaries from German broadcasters and international production companies. Meet intriguing people, travel to distant lands, get a look behind the complexities of daily life and build a deeper understanding of current affairs and global events. Subscribe and explore the world around you with DW Documentary.

Isn't CCTV EVERYWHERE in Europe? Doesn't Europe have a background check for loans, jobs, renting, and those with low credit scores have limited purchasing power and mobility? The West likes to tout how free their people are when they aren't at all. And how many European states are still under a do nothing monarchy? I'm not advocating for Europe or anyone to take the loans, we all know the agenda behind them, but long has the West underpaid their workers and shipped their factories to China. I am quite surprised Europe, particularly Germany, are in the hole of need.

(edited)
So Germany is becoming dependent on Chinese imports as well as Russian Oil? Can no one see a problem here? So Huawei Chinese 5G being used in construction. What could possibly go wrong?

Chinese can open up businesses all across Europe - hassle fee with no need to for them to have European partners. Yet for Europeans to open a business in China, it not only needs a local Chinese partner but the company also needs to have a Chinese communist party (CCP) member - not to mention that European company must also handover

Why would you allow Chinese companies to operate with Chinese rules when they operate outside of China.

Trade is good, investments like they do in Africa, that is a trap. China is making a huge investment in African countries and if they can’t pay back on time, they take over their airports, for example.

Some people want to have access to the Chinese market but from my point of vew, I do not care. It is not because some few people want to have access, to damn the majority of the population ! I have never bought on Alibaba and only twice on Amazon. I do not buy Chinese product when I have the choice. My priority is made in France first and Europe second. Of course for the moment all products about new Tech are from Asia but my food, my clothes, my furnitures... are from Europe. I have only a computer, fridge, washing machine as new tech product. 38 years old and no mobile phone for 10 years.
Sex and Films 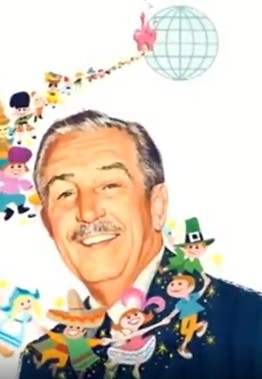 Have you ever wondered why there are no movies done on Walt Disney, I asked that very question.  Hollywood will never promote Walt Disney, because he was nationalist who promoted the American past in his movies.