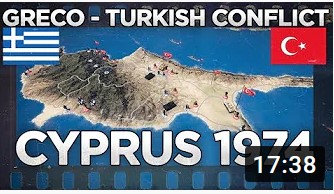 (edited)
And all this while Greece and Turkey were in NATO. Well done NATO well done...

BTW For those wondering why NATO did nothing, it is because that Makarios III was very close to the Soviet Union (but not aligned to it). The USA and NATO did not do anything so Cyprus would be closer to the Western side of the Iron Curtain after the crisis. Also because that after the coup in Greece, it removed itself from the military structure of NATO.

Congratulations mate! Your video was so successful it made it to Cypriot local television and was praised for its creativity and accuracy! I’m glad you’re finally gaining the acknowledgement you deserve!

Important inaccuracies : A) ABOUT HISTORY 1)Nothing is mentioned about the harsh British occupation and the executions of the Greek separatists 2)It is not mentioned that the overwhelming majority of the island were Greeks...while it gives the impression of two large communities 3) You say that many ethnicities passed through Cyprus You forgot that the basic part of the population was greeks and the presence of Greeks there has existed for thousands of years. B) ABOUT WAR 4) National Guard was the Official Cypriot army ferthermore only the few ELDYK mens was Greek army in the island.... While you present it as if it is the same... 5) Turkey was send thousands Mens , Tanks , Ships ...on the other hand Greece sends only 300 commandos (270 after shot down by friendly fire) No airplanes ,No tanks No ships... even the ships of Cypriot volunteers never arrived you give the wrong impression that both sides gave an army....

I’m Greek Cypriot on my dad’s side. He was in high school in Limassol at the time. Every night at the dinner table he’d never fail to say “fuck Kissinger”, for his role in giving the green light for the Turkish invasion. The war wasn’t what anybody on the island wanted. It feels like different powers playing a game and the voices that are absent are the Cypriot people’s. The population exchange between the two sides is one of the saddest historical memories in the island’s history. Many would never see their old homes again. In abandoned cities and towns, you’d see writings on the houses (in English, so everybody can read), “when do I get to return?” I feel that they needed Makarios who wanted peace out of the picture to get the invasion underway. It will be a delightful day when the two sides reunite and those who were displaced can return to their homes again.

When the invasion started, the Greeks send a fleet to protect the island and aid against the Turks. They encountered the 6th US fleet that demanded them to not interfere. ( A small look on the US betrayal). And more, before the Turks even landed on Cyprus, the Generals told the soldiers to not shoot at the Turks. That is was just an exercise. The high command even took possession of all civilian weaponry. One day before the invasion, high command went to all police stations and seized all weapons. This was all planned to betray Cyprus and allow the Turks for a swift invasion. Either wise, no Turk would ever press its foot on the island of Aphrodite. It has, truly, always been Greek.

EOKA was an guerrilla organization formed at 1955 that fought a campaign for the end of British rule over Cyprus. EOKA B was formed on 1971 and had a way more nationalist goals in mind. It was in fact considered a terrorist organization by RC.

You didn't mention that the Greeks were the 82% of the total population of Cyprus, and Turks only the 18%. Also, in 1950, the people of Cyprus did a referendum and the 97% of the population claimed the unification of Cyprus with Greece. So the problem was that the minority wanted to control the majority. 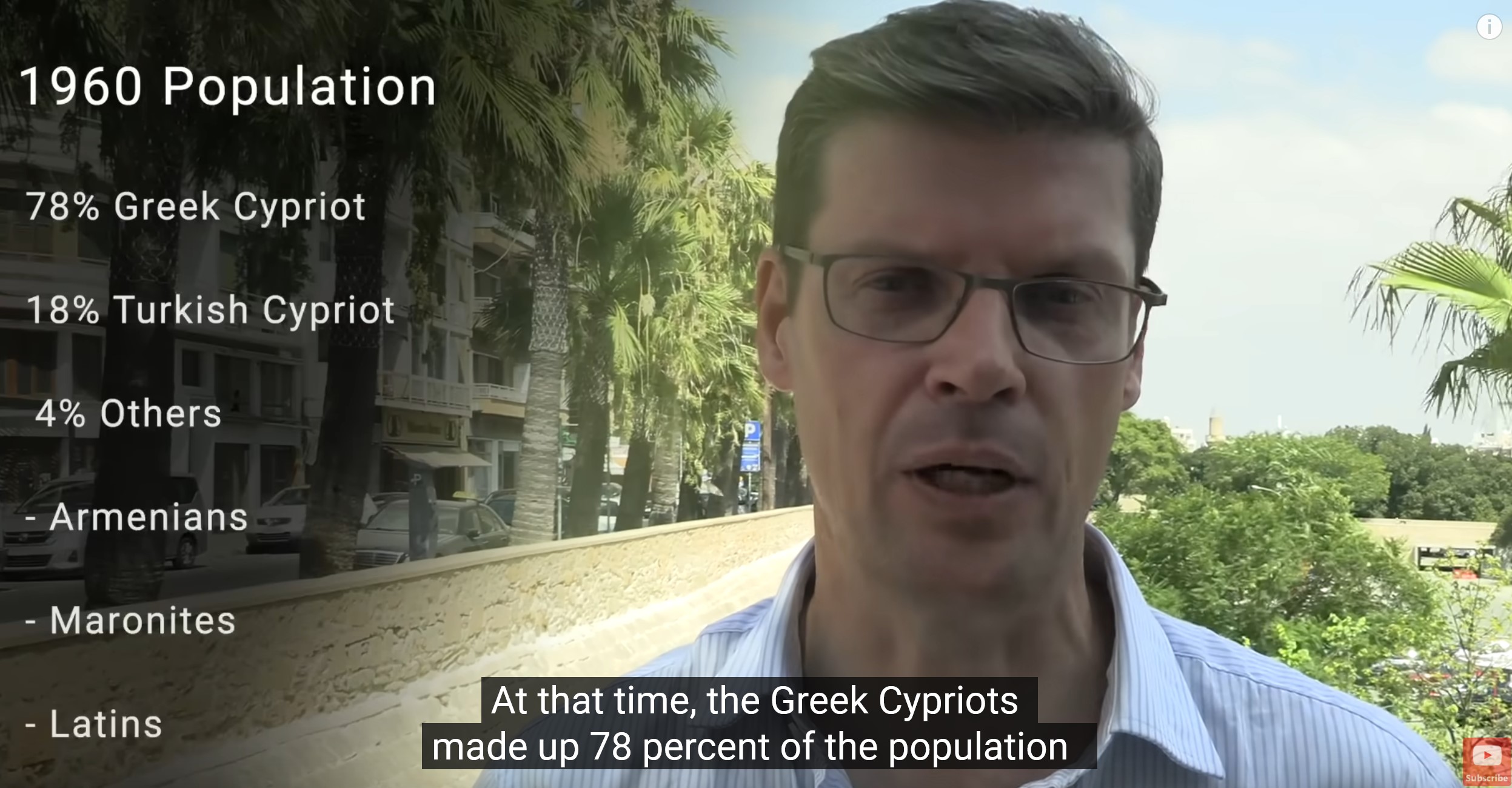 Vangelderden
Published on Apr 12, 2016
Some traditional views from mother Europa.

I watch this video whenever I lose my feeling of nationalism.

EUROPA: AWAKEN FROM YOUR SLUMBER Your enemy operates in shadows, whispering sweet poison to the ear. Yet all around destroyed, are things that you hold dear. Browbeaten by the lies of false masters, you kneel insulted and shamed and bled. Concede with haste the open invasion, if not stopped will leave your children dead.

Only Europeans can create such marvels. 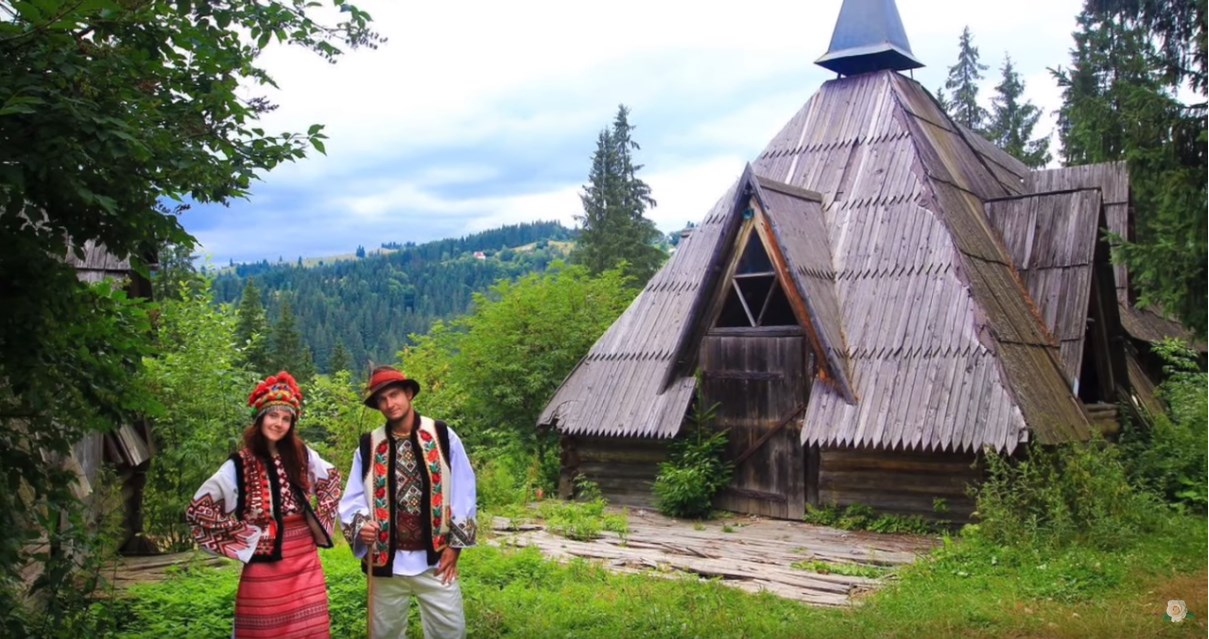 This is Europa - Our Home LONG LIVE EUROPA

The White Rose
Published on Jun 13, 2017
► MUSIC Druidic Dreams - Adrian von Ziegler Part of the Pack - Adrian von Ziegler
If you surrender a civilisation to avoid social disapproval, you should know that all of history will curse you for your cowardliness.
Read 7827 times Last modified on Sunday, 11 September 2022 08:01
Tweet
Rate this item
(0 votes)
Published in Archives
Tagged under

More in this category: Fight Against Genocide Archive »
back to top