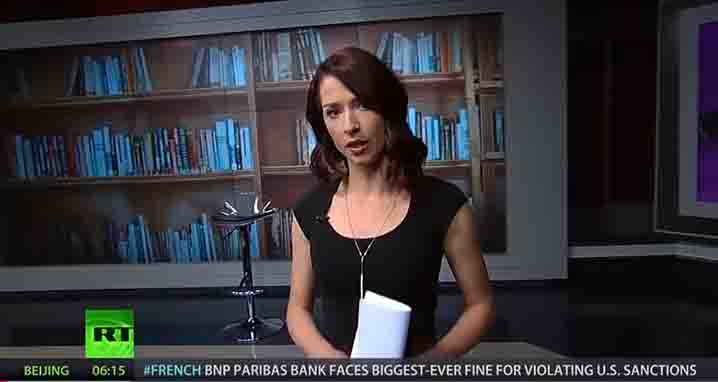 We have all been subject to altered history as we progressed through our educational years, not to mention the continual conditioning through the Establishment controlled media.  We have sourced books and other materials that reveal different points of view which the public ordinarily does not see. These books are well-researched by the authors and use scientific terminology to back up the truth of their findings.

We hope you will take advantage of this opportunity to educate yourself with suppressed and banned knowledge.  I will add that many of these books are free, so please enjoy!

Special Note:  Please bear in mind that just because we have listed a book, it does not mean we agree entirely with the author and their content.  We have said this many times before that we are not anti-Semitic and we support the true Jewish community but we are not afraid to expose those who are false Jews, who use the Jewish community as a smokescreen.  We support the people of Israel, however we may not support their government.  We also support Palestinian homeland.

Amazon Banned These 9 Academic Books Questioning Certain Aspects of the 'Holocaust'. Why?

SOLAR GENERAL:  The Most Controversial, Censored and Forbidden Web Site in the World 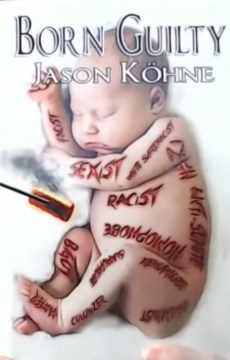 “Stop the downward spiral of the white race into irreversible nothingness.”
– Althaea Promethiea, nurturer of the fertile future for white children.

Like its predecessor, Go Free: A Guide to Aligning With the Archetype of Westernkind, his latest achievement exposes damaging meme-pathogens inflicted on the white race by the antiwhite Regime. Born Guilty is guaranteed to cut deeply within one’s soul. In a book contained within Born Guilty, Köhne depicts his personal coming-of-age story as a true tale of his tormented youth—simply for the “crime” of existing as a white male. His short story is appropriately named Crucible.

If you haven’t realized that being born white equates to being born guilty, your perception of reality will be forever changed after imbibing the bitter-sweet nutrients of Born Guilty—dismantling every lie you once held as undeniable truth." No White Guilt 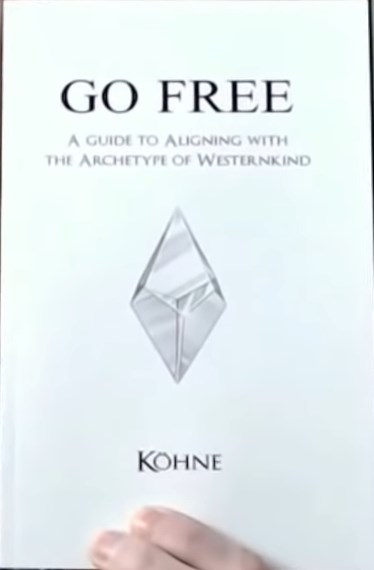 european vision and australia's heritage - Australian Academy of the ...

Conspirators' Hierarchy:  The Story of the Committee of 300
by John Coleman
Published May 13th 2016 by Bridger House Publishers Inc (first published 1992)
Synopsis:
Can you imagine an all powerful group, that knows no national boundaries, above the laws of all countries, one that controls every aspect of politics, religion, commerce and industry, banking, insurance, mining, the drug trade, the petroleum industry, a group answerable to no one but its members?...........

The Ultimate World Order:  The Jewish Utopia
by Maj. Robert H. Williams
Published 1957 (Free booklet can be downloaded)
Synopsis:
"The Jewish Utopia", discovered by the author in an unlisted Jewish collection in the library of the University of Texas, is the authentic and complete plan of the Zionists for world domination.  It pictures the ultimate "new social order" which the Zionists hope to establish after they have used Communism, democracy and a third world war to gain their ends.  The Ultimate World Order is an analysis of "The Jewish Utopia", with photographs and excerpts from the original text.

Factories of Death:  Japanese Biological Warfare 1932-45 & the American Cover-up
by Sheldon H. Harris
Published 1994
Synopsis:
Factories of Death details the activities of the Japanese army scientists that conducted numerous horrifying experiments upon live human beings.  It investigates who from the upper echelons of the Japanese military, and political establishments knew of the experiments, also the question of whether or not Allied POWs were subjected to such tests, and the nature of the deal that was brokered with US authorities after the war.  This new edition has been completely updated, and contains an entirely new chapter detailing the numerous revelations that have surfaced since the book's initial publication in 1994.

The Origins of the British:  A Genetic Detective Story
by Stephen Oppenheimer
Published 2006
Synopsis:
History has long maintained that the Anglo-Saxon overtaking of the Iron Age Celts was the origin of the British people.  Celtic Britain reconstructs the peopling of Britain — through a study of genetics, climatology, archaeology, language, culture, and history — and overturns that myth and others.

The Anglo-Saxons, who supposedly conquered the Celts, contributed only five to ten percent of the British gene pool.  The "Atlantic Celts," long believed to have migrated to Britain from Central Europe around 300 BC during the Iron Age, can be linked genetically to the people of Basque country.  And linguistic evidence suggests that, besides Celtic languages, a Germanic-type language similar to Norse was also spoken in Britain long before the arrival of the Anglo-Saxons.

The Jewish/Zionist Attack on Western Civilization
By Laurent de Lyon
Publishing Date Unknown (Free booklet can be downloaded)
Synopsis:
The Zionists are deliberately destroying all Western countries as they have secretly declared WAR upon us!  They conspired to take control of our nation's infrastructure through carefully orchestrated acts of TREASON!  They became our Bankers, Politicians & media owners.  Their goal is to genocide the White race & to enslave the entire planet!

Zionism in the Age of Dictators
by Lenni Brenner
Published 1983
Synopsis:
This book, "ZIONISM IN THE AGE OF THE DICTATORS - A REAPPRAISAL", by Lenni Brenner, is a replication of a book originally published before 1983.  It has been restored by human beings, page by page, so that you may enjoy it in a form as close to the original as possible.  This book was created using print-on-demand technology.  Thank you for supporting classic literature.

The General's Son:  Journey of an Israeli in Palestine
by Miko Peled
Published 2012
Synopsis:
In 1997, a tragedy struck the family of Israeli-American Miko Peled.  His beloved niece Smadar was killed by a suicide bomber in Jerusalem.  That tragedy propelled Peled onto a journey of discovery.  It pushed him to re-examine many of the beliefs he had grown up with, as the son and grandson of leading figures in Israel's political-military elite, and transformed himself into a courageous and visionary activist in the struggle for human rights and a hopeful, lasting peace between Israelis and Palestinians.  In The General's Son, Peled writes about growing up in Jerusalem in the heart of the group that ruled the then-young country, Israel.

Time to Get Tough:  Making America #1 Again
by Donald J. Trump
Published 2011
President Obama has been a disaster for this country.  He’s wrecked our economy, saddled our children with debt, and gone around the world apologizing for America—as if the greatest nation in the world needed to apologize for being the land of opportunity and freedom that we were before Obama became president.

Now, America looks like a broken country—stripped of jobs, stripped of wealth, stripped of respect. And what does President Obama do about it? He plays nice with the very same foreign governments who are eager to watch America burn. This can’t go on. And if Donald J. Trump has anything to say about it, it won’t.  In his blockbuster book, "Time to Get Tough", Trump has the answers America has been looking for.

Government Zero:  No Borders, No Language, No Culture
by Michael Savage
Published 2015
Synopsis:
Michael Savage has been warning Americans for decades.  In GOVERNMENT ZERO, Savage sounds the alarm about how progressives and radical Islamists are working towards similar ends:  to destroy Western Civilization and remake it in their own respective images.  These two dark forces are transforming our once-free republic into a socialist, Third World dictatorship ruled by Government Zero:  absolute government and zero representation.

The Vatican Billions
by Avro Manhattan
Published 1983 (Free book can be downloaded)
Synopsis:
Jesus, the founder of Christianity, was the poorest of the poor.  Roman Catholicism, which claims to be His church, is the richest of the rich, the wealthiest institution on earth.

How come, that such an institution, ruling in the name of this same itinerant preacher, whose want was such that he had not even a pillow upon which to rest his head, is now so top-heavy with riches that she can rival - indeed, that she can put to shame - the combined might of the most redoubtable financial trusts, of the most potent industrial super-giants, and of the most prosperous global corporation of the world?

Treasure Islands:  Uncovering the Damage of Offshore Banking and Tax Havens
by Nicholas Shaxson
Published 2011
Synopsis:
Nicholas Shaxson, a former correspondent for the Financial Times and The Economist, argues that tax havens are a central cause of all these disasters.  In this hard hitting investigation he uncovers how offshore tax evasion, which has cost the U.S.  100 billion dollars in lost revenue each year, is just one item on a long rap sheet outlining the damage that offshoring wreaks on our societies.  In a riveting journey from Moscow to London to Switzerland to Delaware, Shaxson dives deep into a vast and secret playground where bankers and multinational corporations operate side by side with nefarious tax evaders, organized criminals and the world's wealthiest citizens.  Tax havens are where all these players get to maximize their own rewards and leave the middle class to pick up the bill.

What to read on line.

As a Man Thinketh
by James Allen
Published 1902 (free book available for download)
Synopsis:
The mind guides our footsteps as we progress along the pathway of life.  Purity of mind leads inevitably to purity of life, to the precious love and understanding that should control our everyday acts and attitudes towards friends and foes.  But where must one look for guidance?  How does one achieve purity of mind that alone brings happiness and confidence?

The author offers his clear answers in this book "As A Man Thinketh".  His words have helped millions for more than a century and they continue to point the true way to a better life for a troubled humanity. 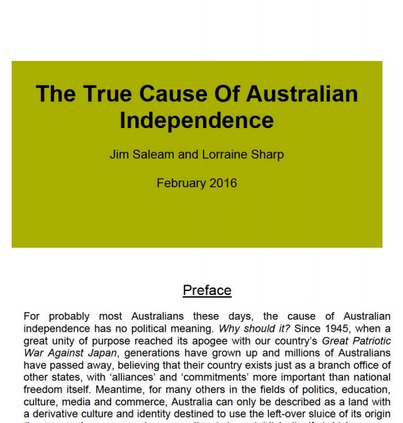 True Cause of Australian Independence
Jim Saleam and Lorraine Sharp
Synopsis:
This is an extract of an academic paper first published by the Australia First Party on Australia Day 2016.  It is in 12 parts. The entire paper may be obtained as a PDF document in the public domain from the internal link at the end of this extract.
http://australiafirstparty.net/australian-identity/presidents-messages/2016-2/feb-7-true-cause-of-australian-independence/