Hong Kong Protesters fighting for what they believe in. 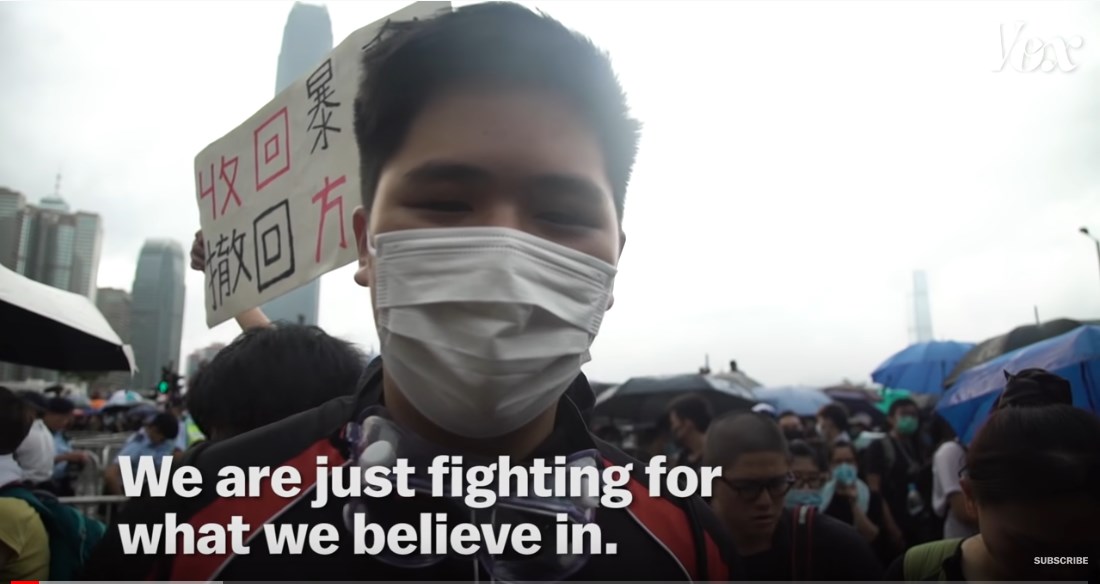 The people of Hong Kong are protesting in record-breaking numbers. “They are not doing this for themselves, but for the future of Hong Kong.”

Hundreds of thousands of Hongkongers have taken to the streets to protest a controversial extradition bill that could send Hong Kong residents to mainland China to be tried in court. Hong Kong’s Chief Executive, Carrie Lam, says the bill is meant to prevent Hong Kong from becoming a safe haven for fugitives. But its opponents fear that Hong Kong would be exposed to China’s flawed judicial system, which would lead to further erasure of the city’s judicial independence.

At first Lam was determined to move forward with the bill. But after a series of massive protests, she announced she would “indefinitely suspend” the bill. But protesters aren't accepting the suspension, and have started demanding its complete withdrawal. They've also begun calling for Lam’s resignation.

But this rise in tensions is about a lot more than a bill. To understand why this bill hits a nerve with Hongkongers, it's important to understand Hong Kong’s relationship with China - and exactly how the bill would tip the scales in China’s favor.

Watch this video to understand the news coming out of Hong Kong and the history that led up to this moment.

And for even more context on Hong Kong’s history with Britain you can watch another one of our Vox Borders Hong Kong episodes here: https://www.youtube.com/watch?v=StW7o...

If you want to get real nerdy you can read Hong Kong’s Basic Law (their mini Constitution) here: https://www.basiclaw.gov.hk/en/basicl...

You can also read the Sino-British Joint Declaration that defined Hong Kong when the British handed it back to China in 1997 here: http://www.gov.cn/english/2007-06/14/...

And the extradition law introduced in Hong Kong that has sparked massive protests here: https://www.legco.gov.hk/yr18-19/engl... 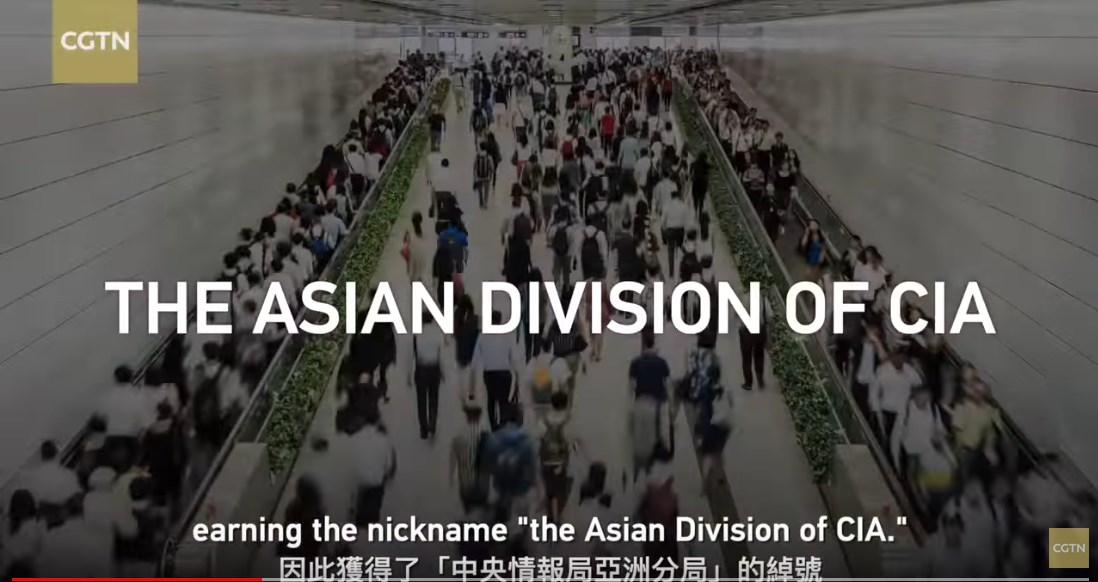 Who's behind Hong Kong protests?

The protests in Hong Kong have entered their third month amid increasing violence. How did we get here? What triggered the protests? And why are they turning chaotic?

A well-researched documentary. It is a very good idea that it can be translated into Chinese for the HK protesters and students to learn more about what they are involved in and how CIA has been involved in the overthrow of democratic leaders, in assassinations, overthrow of democratic leaders and installing dictators since the late 1950s. Many countries in S. America (Bolivia, Chile, Argentina, El Salvador, Brazil, Uruguay), in the West Indies (Guatemala, Haiti, Honduras, Grenada, Jamaica) have been affected in the late 1950s. Leaders who promote the us and foreign companies, i.e. PRIVATE INTERESTS to exploit and profit from the country's resources, i.e. PUBLIC ASSETS are friends of the US. Those who want protect their oil, minerals, precious stones, gold, gas, i.e. PUBLIC ASSETS for the people, i.e. PUBLIC INTEREST, are enemies of the US. And these must be overthrown, forced to vacate, threatened or assassinated and replaced by a US-appointed leader who will promote foreign private interests (companies, banks, business) to exploit and own the public assets. In simple terms, all the upheavals, military coups, regime change that have happened or will happen spring from two words: "Assets" and "Interests" interfaced with "private" and "public".

“Glory to Hong Kong” has become the new theme song of the months-long protests against the Hong Kong government and China.

In an online video, protesters in riot gear sing and play instruments. They have violins tucked under chins covered with masks, drumsticks swinging in black-gloved hands. And together, in Cantonese, they belt out the soundtrack to the Hong Kong resistance: a new, if unofficial, national anthem.

“Glory to Hong Kong” (Or “Glory be to thee, Hong Kong”) has become the rallying cry of pro-democracy protesters in Hong Kong, one that’s being sung in unison by crowds in malls and even at a soccer game this week. It’s the latest act of opposition by demonstrators, who for months have been resisting creeping Chinese authority in the autonomous territory, and it may be one of the greatest signs yet of just how cohesive the resistance really is.

An anonymous user with the name “Thomas dgx yhl” posted the song and lyrics at the end of August to LIHKG, an online forum that’s a bit like Reddit and a popular way for protesters to communicate. He’s believed to be the composer and, according to the New York Times, he asked other users on the forum to record themselves singing the tune:

He collected audio versions via Google Drive, and assembled them together to make it sound as though a choir were singing. He adjusted the lyrics based on suggestions in the forum.

The anthem runs just a couple of minutes long. “We pledge: no more tears on our land,” it begins. “In wrath, doubts dispell’d we make our stand. Arise! Ye who would not be slaves again: for Hong Kong, may freedom reign!”

The song has spread since then, including that popular video of a riot-gear-clad chorus and orchestra playing the song, interspersed with scenes from the months of Hong Kong protests. (Here’s the version with English subtitles.)

The anthem may have spread online, but demonstrators have blasted the resistance theme song out in public. At a World Cup qualifying soccer game on Tuesday in Hong Kong, for example, crowds booed the Chinese national anthem and sang “Glory to Hong Kong” instead. 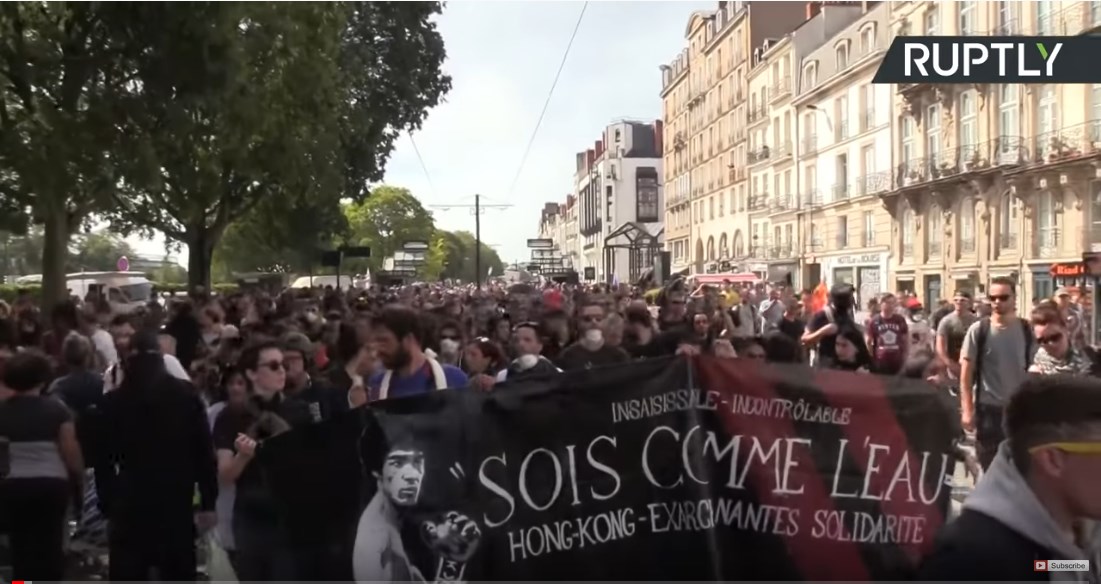 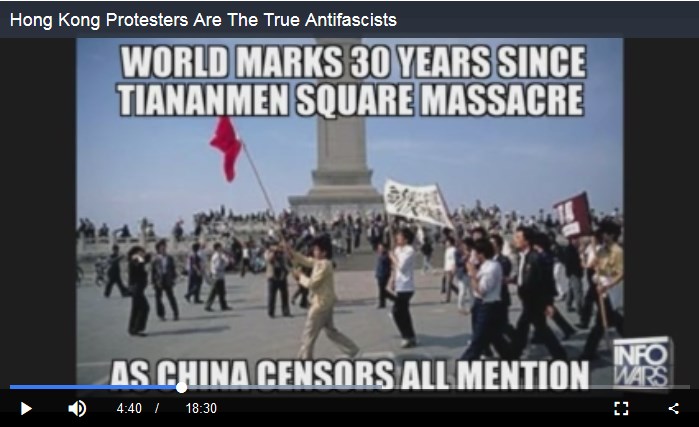 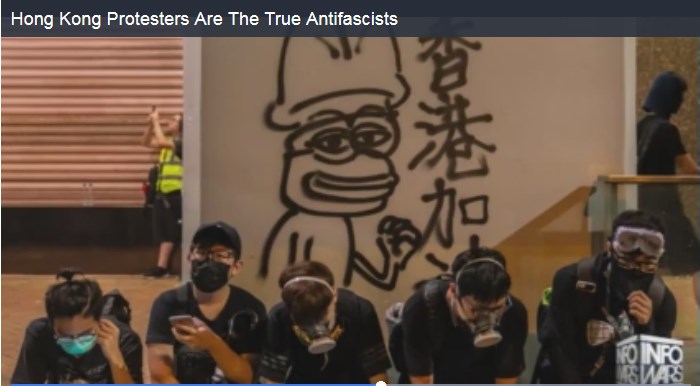 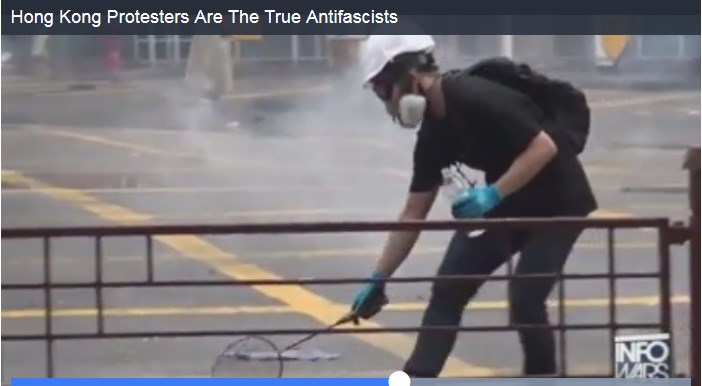 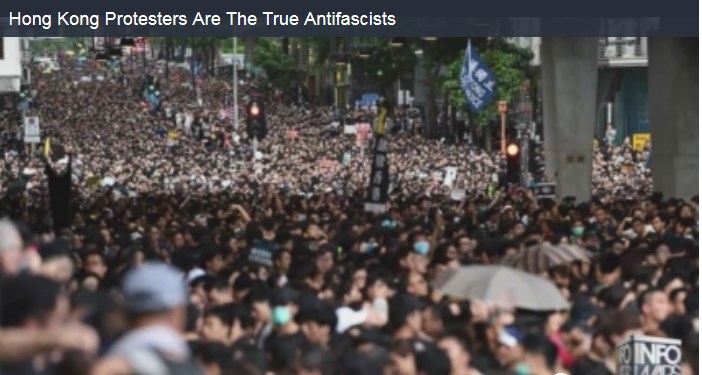 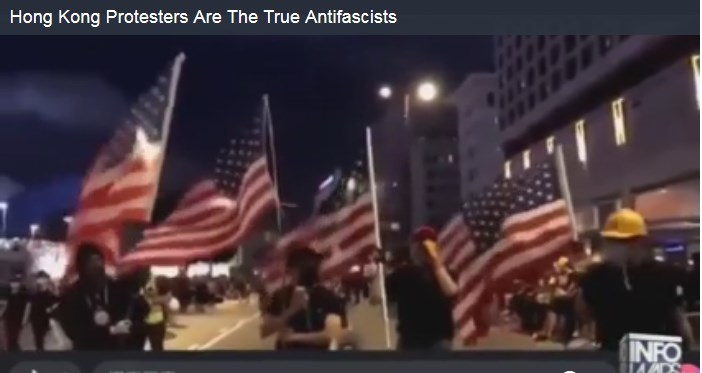