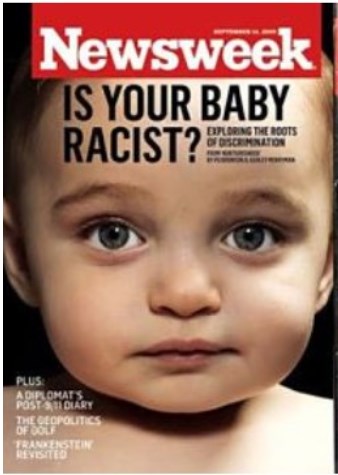 White, black and Asian people who fight for their country are called racists, but the people who promote the multicultural society are the real racists. They hate white people so much that they want to flood their countries with non white people. This is racism. The United Nations Act is to eliminate racial discrimination by the extermination of different racial groups are the real racists. They say we can get rid of racism by replacing white people is genocide.  This is bigotry, racism and extremism. It is time for the world population to come together to fight the real racists who control the media. Many of our leaders are racist, because they do not represent people's rights.

For additional information on below article http://www.ohchr.org/EN/ProfessionalInterest/Pages/CERD.aspx

Adopted and opened for signature and ratification by General Assembly resolution 2106 (XX) of 21 December 1965
entry into force 4 January 1969, in accordance with Article 19.

Considering that the Charter of the United Nations is based on the principles of the dignity and equality inherent in all human beings, and that all Member States have pledged themselves to take joint and separate action, in co-operation with the Organization, for the achievement of one of the purposes of the United Nations which is to promote and encourage universal respect for and observance of human rights and fundamental freedoms for all, without distinction as to race, sex, language or religion,

Considering that the Universal Declaration of Human Rights proclaims that all human beings are born free and equal in dignity and rights and that everyone is entitled to all the rights and freedoms set out therein, without distinction of any kind, in particular as to race, colour or national origin,

Considering that the United Nations has condemned colonialism and all practices of segregation and discrimination associated therewith, in whatever form and wherever they exist, and that the Declaration on the Granting of Independence to Colonial Countries and Peoples of 14 December 1960 (General Assembly resolution 1514 (XV)) has affirmed and solemnly proclaimed the necessity of bringing them to a speedy and unconditional end,

Considering that the United Nations Declaration on the Elimination of All Forms of Racial Discrimination of 20 November 1963 (General Assembly resolution 1904 (XVIII)) solemnly affirms the necessity of speedily eliminating racial discrimination throughout the world in all its forms and manifestations and of securing understanding of and respect for the dignity of the human person,

Convinced that any doctrine of superiority based on racial differentiation is scientifically false, morally condemnable, socially unjust and dangerous, and that there is no justification for racial discrimination, in theory or in practice, anywhere,

Reaffirming that discrimination between human beings on the grounds of race, colour or ethnic origin is an obstacle to friendly and peaceful relations among nations and is capable of disturbing peace and security among peoples and the harmony of persons living side by side even within one and the same State,

Convinced that the existence of racial barriers is repugnant to the ideals of any human society,

Alarmed by manifestations of racial discrimination still in evidence in some areas of the world and by governmental policies based on racial superiority or hatred, such as policies of apartheid, segregation or separation,

Resolved to adopt all necessary measures for speedily eliminating racial discrimination in all its forms and manifestations, and to prevent and combat racist doctrines and practices in order to promote understanding between races and to build an international community free from all forms of racial segregation and racial discrimination,

Desiring to implement the principles embodied in the United Nations Declaration on the Elimination of Al l Forms of Racial Discrimination and to secure the earliest adoption of practical measures to that end,

Have agreed as follows:

1. In this Convention, the term "racial discrimination" shall mean any distinction, exclusion, restriction or preference based on race, colour, descent, or national or ethnic origin which has the purpose or effect of nullifying or impairing the recognition, enjoyment or exercise, on an equal footing, of human rights and fundamental freedoms in the political, economic, social, cultural or any other field of public life.

2. This Convention shall not apply to distinctions, exclusions, restrictions or preferences made by a State Party to this Convention between citizens and non-citizens.

3. Nothing in this Convention may be interpreted as affecting in any way the legal provisions of States Parties concerning nationality, citizenship or naturalization, provided that such provisions do not discriminate against any particular nationality.

4. Special measures taken for the sole purpose of securing adequate advancement of certain racial or ethnic groups or individuals requiring such protection as may be necessary in order to ensure such groups or individuals equal enjoyment or exercise of human rights and fundamental freedoms shall not be deemed racial discrimination, provided, however, that such measures do not, as a consequence, lead to the maintenance of separate rights for different racial groups and that they shall not be continued after the objectives for which they were taken have been achieved.

(b) Each State Party undertakes not to sponsor, defend or support racial discrimination by any persons or organizations;

(c) Each State Party shall take effective measures to review governmental, national and local policies, and to amend, rescind or nullify any laws and regulations which have the effect of creating or perpetuating racial discrimination wherever it exists;

(d) Each State Party shall prohibit and bring to an end, by all appropriate means, including legislation as required by circumstances, racial discrimination by any persons, group or organization;

(e) Each State Party undertakes to encourage, where appropriate, integrationist multiracial organizations and movements and other means of eliminating barriers between races, and to discourage anything which tends to strengthen racial division.

2. States Parties shall, when the circumstances so warrant, take, in the social, economic, cultural and other fields, special and concrete measures to ensure the adequate development and protection of certain racial groups or individuals belonging to them, for the purpose of guaranteeing them the full and equal enjoyment of human rights and fundamental freedoms. These measures shall in no case en tail as a con sequence the maintenance of unequal or separate rights for different racial groups after the objectives for which they were taken have been achieved.

Everyone has the right to life, liberty and security of person.

States Parties condemn all propaganda and all organizations which are based on ideas or theories of superiority of one race or group of persons of one colour or ethnic origin, or which attempt to justify or promote racial hatred and discrimination in any form, and undertake to adopt immediate and positive measures designed to eradicate all incitement to, or acts of, such discrimination and, to this end, with due regard to the principles embodied in the Universal Declaration of Human Rights and the rights expressly set forth in article 5 of this Convention, inter alia:

(a) Shall declare an offence punishable by law all dissemination of ideas based on racial superiority or hatred, incitement to racial discrimination, as well as all acts of violence or incitement to such acts against any race or group of persons of another colour or ethnic origin, and also the provision of any assistance to racist activities, including the financing thereof;

(b) Shall declare illegal and prohibit organizations, and also organized and all other propaganda activities, which promote and incite racial discrimination, and shall recognize participation in such organizations or activities as an offence punishable by law;

(c) Shall not permit public authorities or public institutions, national or local, to promote or incite racial discrimination.

In compliance with the fundamental obligations laid down in article 2 of this Convention, States Parties undertake to prohibit and to eliminate racial discrimination in all its forms and to guarantee the right of everyone, without distinction as to race, colour, or national or ethnic origin, to equality before the law, notably in the enjoyment of the following rights:

(a) The right to equal treatment before the tribunals and all other organs administering justice;

(b) The right to security of person and protection by the State against violence or bodily harm, whether inflicted by government officials or by any individual group or institution;

(c) Political rights, in particular the right to participate in elections-to vote and to stand for election-on the basis of universal and equal suffrage, to take part in the Government as well as in the conduct of public affairs at any level and to have equal access to public service;

(d) Other civil rights, in particular:

(i) The right to freedom of movement and residence within the border of the State;

(ii) The right to leave any country, including one's own, and to return to one's country;

(iv) The right to marriage and choice of spouse;

(v) The right to own property alone as well as in association with others;

(vi) The right to inherit;

(vii) The right to freedom of thought, conscience and religion;

(viii) The right to freedom of opinion and expression;

(ix) The right to freedom of peaceful assembly and association;

(ii) The right to form and join trade unions;

(v) The right to education and training;

(vi) The right to equal participation in cultural activities;

States Parties shall assure to everyone within their jurisdiction effective protection and remedies, through the competent national tribunals and other State institutions, against any acts of racial discrimination which violate his human rights and fundamental freedoms contrary to this Convention, as well as the right to seek from such tribunals just and adequate reparation or satisfaction for any damage suffered as a result of such discrimination.

States Parties undertake to adopt immediate and effective measures, particularly in the fields of teaching, education, culture and information, with a view to combating prejudices which lead to racial discrimination and to promoting understanding, tolerance and friendship among nations and racial or ethnical groups, as well as to propagating the purposes and principles of the Charter of the United Nations, the Universal Declaration of Human Rights, the United Nations Declaration on the Elimination of All Forms of Racial Discrimination, and this Convention.

1. There shall be established a Committee on the Elimination of Racial Discrimination (hereinafter referred to as the Committee) consisting of eighteen experts of high moral standing and acknowledged impartiality elected by States Parties from among their nationals, who shall serve in their personal capacity, consideration being given to equitable geographical distribution and to the representation of the different forms of civilization as well as of the principal legal systems.