The Sex Slavery of White Women. 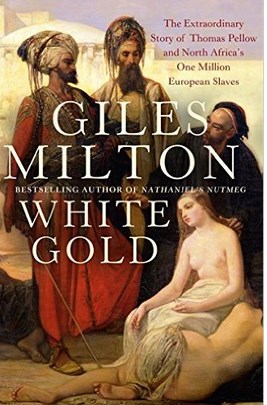 You'll rarely see programs on western mainstream media exposing prostitution or what some call "the sex trade". Then ask yourself why?

It is believed by many people that some globalist are involved in the sex slave trade.

The sex slavery has increase over the years and some believe that some high authorities pulling the strings behind the scenes, where young women from low income countries example Ukraine are offered jobs in foreign soil which they are then manipulated to work as sex workers. Under these instances their passports are taken and heavily conditioning of threats to them and their families to control them.

A lot of young girls are looking for jobs with good money especially from Ukraine and Russia are lured into sex industry.

In Western countries Muslim Women are more liberal regards to expressing sexual conduct even with such religious restraints, but In the Middle East most Muslim Women don't take the chance because of the higher consequences, so this will stop them from becoming prostitutes and so a lot of Muslim men use young boys for sex, or Christian girls. In European countries some Muslim men are grooming young gentile girls for sex.

An estimated half million women are trafficked annually for the purpose of sexual slavery. They are "exported" to over 50 countries including Britain, Italy, Japan, Germany, Israel, Turkey, China, Kosovo, Canada and the United States. Misunderstood and widely tolerated, sex trafficking has become a multi- billion dollar underground industry. According to the International Herald Tribune, human trafficking is the fastest growing form of organized crime in Eastern Europe. Girls who are lured or kidnapped by those who prey on their dreams, their poverty, and their naivety, Eastern European women are trafficked to foreign lands. -- often with falsified visas -- where they become modern day sex slaves. Upon arrival, they are sold to pimps, some are drugged, terrorized, caged in brothels and raped repeatedly. For these women and young girls, there is no life, no liberty and no chance for a happy and meaningful future. 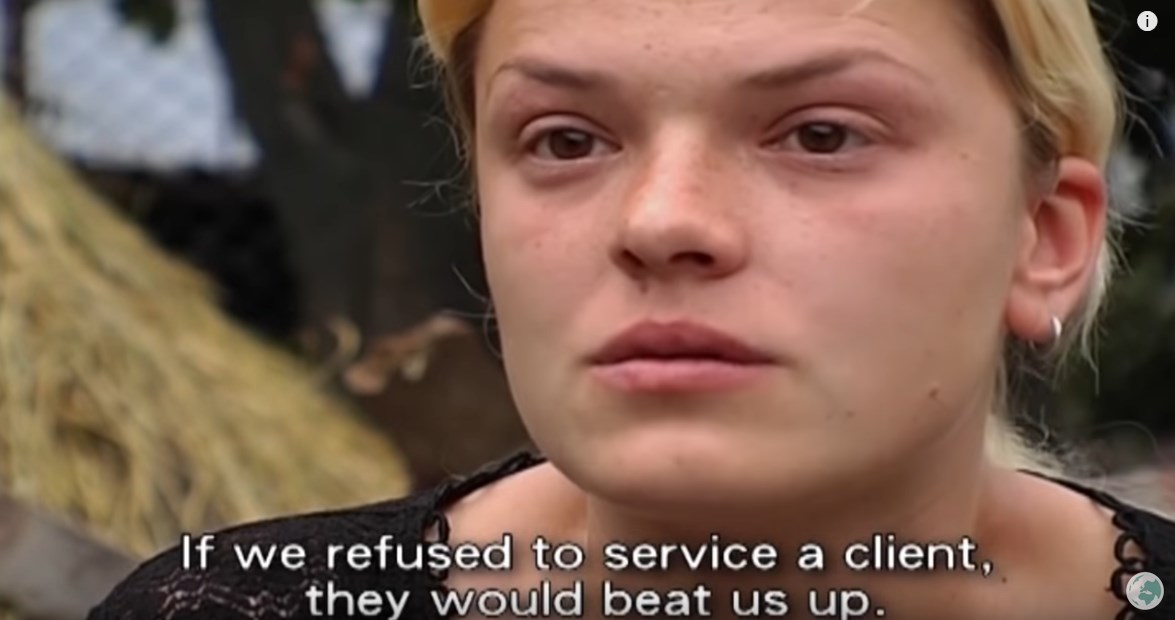 Slavery Of Slavic Women In Turkey

I have taken the following quote from above article

"The study claimed that “foreign workers make 40-90 percent of the populations of Jordan, Saudi Arabia, Israel, the United Arab Emirates and Kuwait.” However, in Israel there are 300,000 foreign workers out of a total population of 8 million. The Walk Free Foundation could not be reached for clarification by the time of publication.

The trend in Israel is driven by the sex trade and the human trafficking that comes with it. There are 15,000 prostitutes in Israel, Rebecca Hughes from ATZUM’s Task Force on Human Trafficking wrote in The Times of Israel, entering the profession at an average age of 14.

“By the 1990’s Israel was established as a destination country for trafficking, and international sex trafficking victims had replaced the local market,” Hughes wrote. “Israel’s flesh trade was booming and making between half a billion to three quarters of a billion dollars a year. It was a particularly desirable market for traffickers because the purchase of sexual services was, and still is, legal in Israel. ”

“Throughout the 1990’s traffickers acted with impunity and, according to the Hotline for Migrant Workers, smuggled 3,000 women annually into Israel,” she added."

A hard to hear story from a survivor of the sex trade. Jasmine was a university student and had loans building up and was trying to pay for her education. She was a target for a man who manipulated, physically and mentally abused her. She was one of the first victims in the country under the new criminal code charges to come forward to put her human trafficker in jail...a man who eventually got her pregnant. Her remarkable story of enduring the worst and how she turned her life around.

Over 4,000 young, beautiful Slavic girls are lured to Israel every given year, under the false pretense of getting an improved standard of living if they’re willing to travel to an exotic location, only to find that their new employer is in fact a business man in the slave trade industry before it’s too late to reconsider.

After arriving In Israel they are immediately sent to an auction house, put on an auction block and then sold to the highest bidder. Typically sold at a price ranging from $8,000- $15,000. Only until they pay off their “debt” they’re subjected to all kinds of harsh treatments: beaten, Drugged, tortured, gang-raped (Jewish method “of breaking them in”), degradation and dehumanization of being stripped naked in public and put on display in front of a bunch of men. All the while there forced to service 15 orthodox jews, up to 18 hours a day, 7 days a week.

Typically after a year or so of going through such hardship, the poor soul is throw onto the streets and left to rot, after the pimp deems her to be physically and mentally of no use!

In Tel Aviv alone there over 400 brothels, which 90% of the prostitutes residing in them are of Slavic origin!

In most cases, they are either kidnapped straight off the streets by the “Russian” Jewish mafia or lured to Isreal from being given a false sense of hope of a better standard of living. This of course proves no obstacle to these types of Jews — who are fully aware of their desperation in escaping their impoverished community’s — manipulate them into believing that all It takes for their dream move to become a reality, is to be willing in a cushy job in some exotic location.

"Berlin Turnpike" author Raymond Bechard rides along late one November night with NYPD Detectives. What they discovered gives a brief, stunning look into the hidden world of commercial sexual exploitation.

The Berlin Turnpike: A True Story of Human Trafficking in America - Snow Bunny

Art Of The True Righ

Nations, can afford hundreds of billions of arms, and could sustain every conflicts and win all or most of them. They would or could not stop human trafficking ever,  why? Because the perpetrators are connected to high officials, who profit much, so who can stop this? All government should be totally determined with true conviction, to put a stop  to the sex trade. Govenrments working together with UN, this should be implemented with force, by all nations, without reservation and red tapes, this way every nations will retain their dignity, and not some stupid world leader who talks as if she were respectable enough, to tell the world she or is doing everything, when in truth, his or her country is a slave to this human trafficking, stupid, world leaders, you profit from these, ?