Comcast and its subsidiary Xfinity has banned Republican congressional candidate Laura Loomer from sending out texts and emails to voters in what appears to be yet another example of Big Tech election meddling.
Comcast Blocks Laura Loomer's Campaign, Donates to Her Opponent

Comcast is Jewish Zionist run and they have band Laura Loomer who is Jewish. 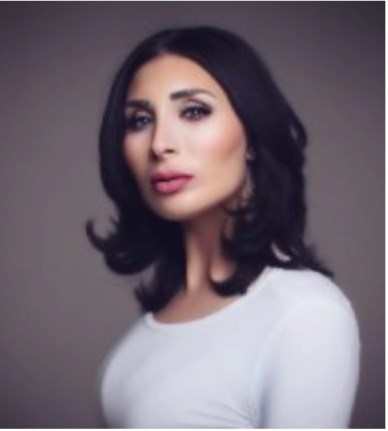 Facebook’s admission that it’s a publisher has now hit one of the world’s most popular websites.

It has been a whirlwind week for our own Laura Loomer and Facebook, which, in order to shield itself from her $3 billion lawsuit, declared in a court filing Tuesday that the company is a “publisher.”

That news made DRUDGE, and the link to an article about it on InfoWars is live at the time of this article’s publication.

But Facebook could find itself in a world of hurt after its shocking admission. Ever since the internet censorship battle began, the company has claimed that it is a “platform,” not a “publisher.”

We explained the difference, and what it means:

In an effort to dismiss a $3 billion defamation lawsuit waged by Loomer, Facebook made a groundbreaking admission in court filings Tuesday, contending the company is a “publisher.”

Yet, Facebook CEO Mark Zuckerberg has argued, under oath, in congressional testimony that his tech company is a “platform” and is therefore exempt from prosecution of illegal activity under Section 230 of the Communications Decency Act.

Tech “platforms” are not liable for content created by its user under the law, while “publishers” are in prosecutorial jeopardy if their writers defame someone. Facebook’s admission of being a publisher amid the legal battle may nullify its Section 230 protections.

The first is whether Facebook’s admission will cost it its Section 230 protections. If that happens, then will Zuckerberg be held legally liable for lying to Congress? Finally, if Facebook is a publisher, could it face a defamation lawsuit for banning the likes of Loomer, Milo Yiannopoulos, Alex Jones, and Paul Joseph Watson, and labeling them “dangerous individuals trafficking in hate”?

All three are potentially possible.

“All the lies, personal attacks, and smears launched by users going forward can now be laid at Facebook’s feet. That’s a Pandora’s box they might not want to open, legal analyst and radio host Lionel told RT,” according to InfoWars. “Lionel points out that Facebook could go back to life as a platform, if it was willing to sacrifice its usefulness to those in power by allowing some political speech to reach users and blocking the rest.”

Loomer was rightfully enthused by Facebook’s stunning admission, and she joined “War Room” with Owen Shroyer to discuss the situation.

“I single handedly accomplished what several conservatives have been trying to do, and what Congress has claimed they are trying to do, even though it looks like they haven’t been doing much, and that is to get Facebook to admit they are a publisher and not a platform,” she said. “I am going to take this all the way to the Supreme Court if I need to. I know that I have the truth on my side. I have God on my side. I have the American people on my side and I’m determined to fight.”

Many conservatives, including Loomer, have argued that being banned from social media is a civil rights violation. Despite the fact that Big Tech companies argue that they are “privately” held, they are essentially the public square today. For many, they are the only outlets on which they discuss politics or receive political news. Digital extermination, and banning people with certain opinions, then, is potentially punishable discrimination.