I completely lost faith in mainstream media. Watch Alex Jones for yourself, don't let globalist media lies influence you about Alex Jones Infowars News, make up your own mind and watch Alex Jones News because he fights for We the People.

An emergency report to Congress and to the president concerning Big Tech, the Democrats and the Deep State’s plan to kill the First Amendment in America

Alex Jones is the internationally known trailblazer of new media operating in the United States.  He gives you an alternative view of current affairs in comparison to the lies and distortions spouted by your anti-Semitic Zionist Marxist western controlled media.

It is hard to find publications that meet a high standard of truth containing information of a broad variety of topics, and this is the closest source I have found for factual news.  Currently, Alex Jones offers both free and paid news information as well as a large online store which sells DVDs, merchandise, survival and health products.

Alex Jones Infowars website receives approximately 10 million monthly visits and has great potential for growth because he is revealing information that the major media companies will not cover.  As individuals become more skeptical of the propaganda fed to us by the mainstream media, channels such as Alex Jones will pick up more and more visitors. 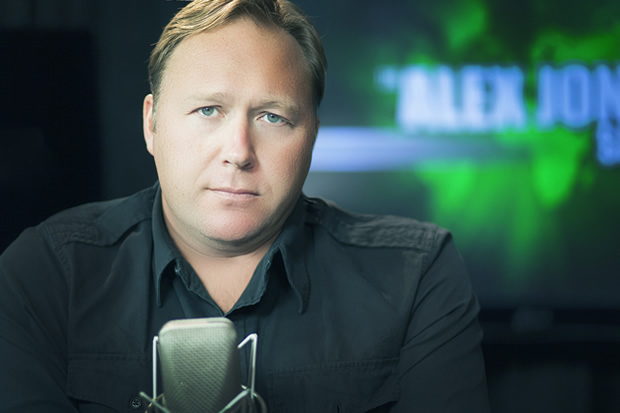 We would like to see him investigating the United Nations laws, genocide, racism, self-determination for all races.  We would also love to see him discussing the different races in a respectful way to build up pride in our diversity, which will reduce the number of people practicing genocidal interracial marriage, and promote that all people have a right to self-determination.

Areas We Have Not Seen Infowars Cover:

Alex Jones needs to promote and build Community Based Anti-Defamation Organization to fight for Free Internet and Free Speech.

Polical Parties do not  represent peoples rights, so Alex Jones Infowars should start promoting (CIR) Citizans Initizans Referendums, and start to remove power way the globalist deep state and the people can start to represent themselves. Switzerland in Europe has CIR.