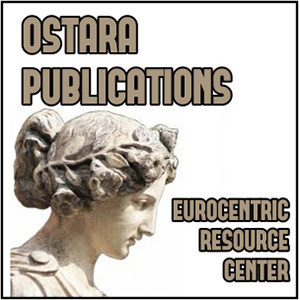 This site has a lot of information on European history.  Arthur Kemp was born in Southern Rhodesia and is a British writer and is the owner of Ostara Publications.  He worked as a journalist for the South African Conservative Party.  He was expelled from the South African Conservative Party in 1992 because he opposed apartheid and arguing in favor of Afrikaner separatism.  He was for a separate nation in South Africa for Afrikaner Europeans and whites.  He later moved to the United Kingdom in 1996 and became the manager of Excalibur, the British National Party, (BNP), merchandise section.

Ostara Publications has a lot of free, highly valuable and researched information, as well as a catalog of books and merchandise for purchase.  This is a great resource to use for educating all ages as they have a specific section on their site for younger readers and homeschooling, as well as much information which targets adults. 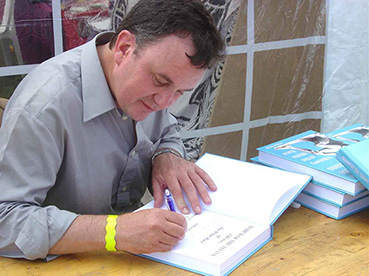 "Ostara Publications intends to be the world’s primary Eurocentric resource.

Developed in response to anti-white discrimination the world over, the study and expansion of the Eurocentric worldview is vital to the continued existence of our people and civilization.

The company was founded in 1999 as a publishing arm for "March of the Titans, A History of the White Race," and has since, expanded its range of resources to include works specially selected, because of the contribution they bring to the subject." 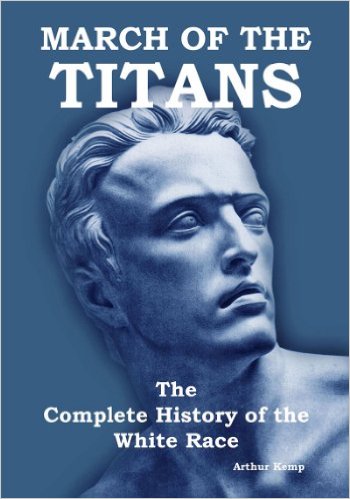 March of the Titans is Arthur Kemp's first and most well-known book.  It endeavors to be a comprehensive history of the White Race.  It covers over 3000 years of history and provides detailed information on a number of historically significant events.

It starts from the emergence of the White racial type, their wanderings of the globe all the way to the Space race.

The complete and comprehensive history of the White Race, spanning 350 centuries of tumultuous events.  This is their incredible story - of vast visions, empires, achievements, triumphs against staggering odds, reckless blunders, crushing defeats and stupendous struggles.

From the time of the emergence of the White racial type, their wanderings to the four corners of the globe, and finally into space itself, a story of human endeavor is without parallel or comparison and is a story of awe, inspiration, and heroism.

The Solutreans: Most innovative, adaptive and inventive people of the Stone Age
The Solutreans were a remarkable society, the most innovative, adaptive and inventive of the time.  They were among the first to discover the value of heat treated flints to increase strength.  Bradley was keen to discover if Solutrean flintknapping styles matched Clovis techniques.  A trawl through the unattractive flint offcuts in the storerooms of a French museum, convinced him of the similarities, even though five thousand kilometers lay between their territories.

The Faces of Ancient Europe Romans and Greeks

From the untouched region of the Balkans, comes a remarkable story that shatters our knowledge about the origins of civilization.  According to latest scientific findings, the people from the Danube Civilization lived in cities, used copper tools and scripts of writing from thousands of years earlier than any other high culture in the world.