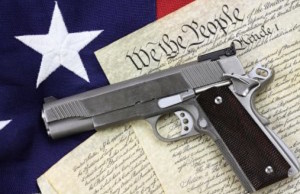 How do you protect your home and community when government fails? Richard Proctor, BathroomEconomics.com, talks about militia under the Constitution and Declaration of Independence and English common law.

Militia, Martial Law, Street Violence: Ask NOT What Govt Will Do, Ask What YOU Will Do 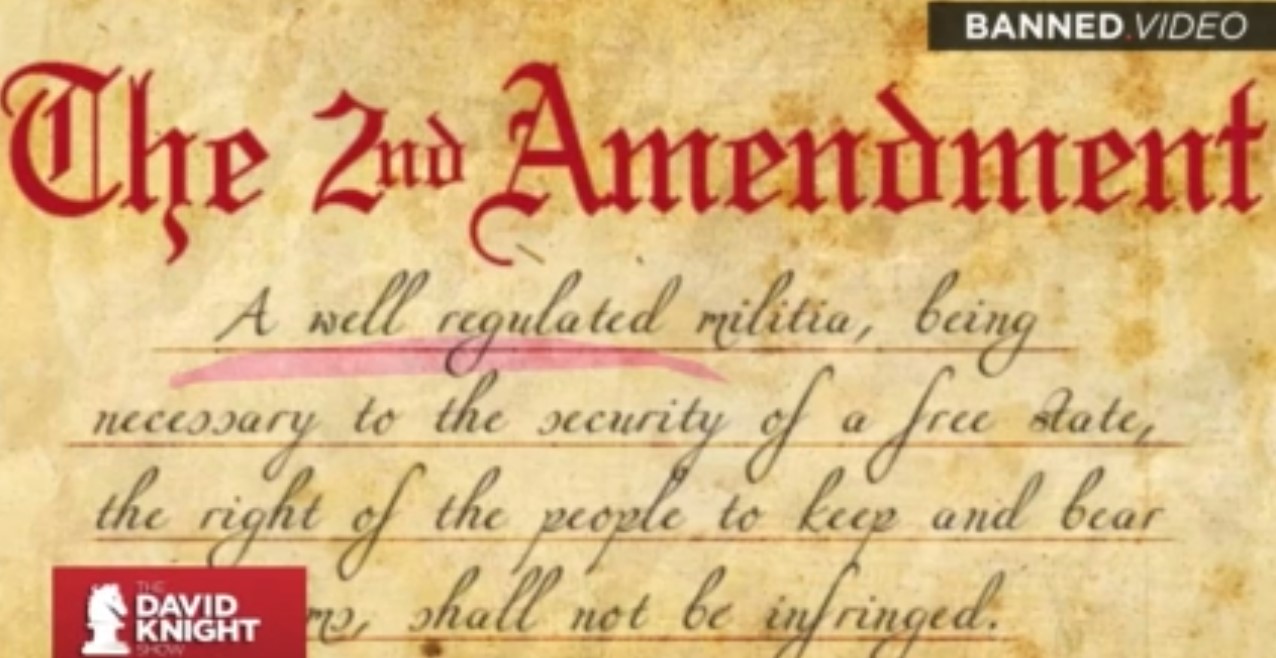 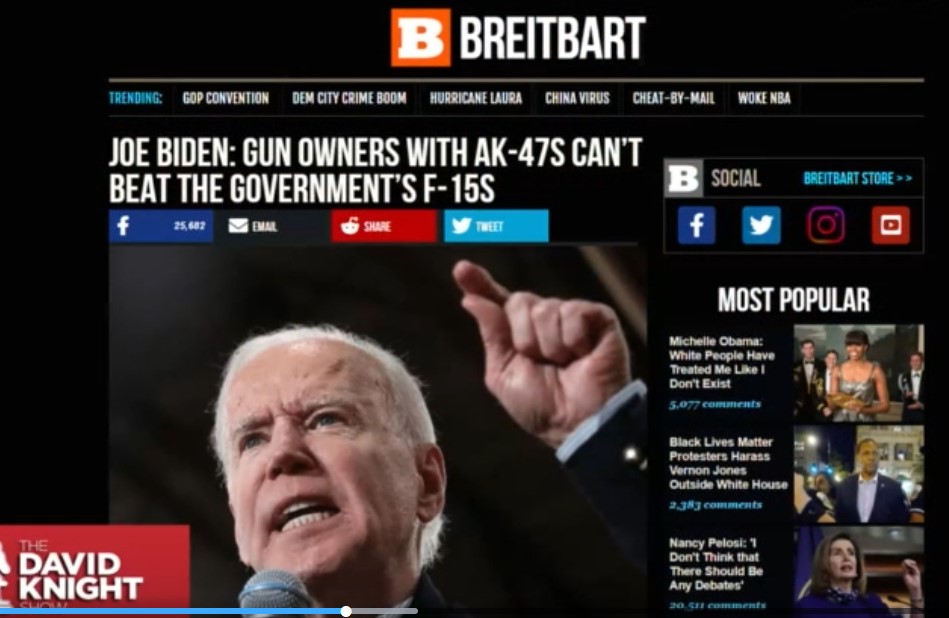 The 2nd Amendment in the United States guarantees the right to bear arms.  The founding fathers of the American Constitution realized as long as people have guns it reduces governments from persecuting their people and moving towards a dictatorship.  The sad fact is that gradual dictatorship is taking over America however there is a growing awareness of this and citizens are now actively fighting to keep their rights and their guns.

It is recommended that every person, and especially Europeans, learn how to use and own guns preferably from a young age, and make sure that you purchase standard guns and plenty of ammunition in case changes are made quickly disallowing individuals from ownership.  We recommend you consider joining a gun club and here is a list of ones we recommend.

NRA-ILA’s ability to fight successfully for the rights of America’s law-abiding gun owners directly reflects the support of NRA’s, nearly 5 million members—a number that has more than tripled since 1978.  When restrictive “gun control” legislation is proposed at local, state or federal level, the NRA members and supporters are alerted and respond to individual letters, faxes, e-mails, and calls to their elected representatives to make their views known. 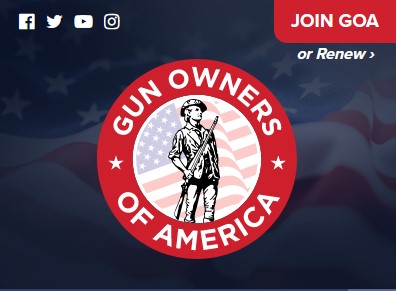 This organization is a gun rights organization in the United States which has approximated 300,000 members.  It has often been in opposition to the NRA, (National Rifle Association), and accuses them of being a bit weak when fighting the anti-gun lobby.  Gun Owners of America was founded in 1975 by the NRA board member and California state senator H.L. Richardson when legislation to ban all handguns was introduced in California.  Richardson also founded Gun Owners of California, which deals specifically with gun ownership rights in California.  GOA's executive director is Larry Pratt, who also hosts GOA's audio webcast, Live Fire.

To keep up on the latest news against the war on disarmament, hosted by Mark Walters.

Accepting no compromise on the issue of gun control, NAGR works tirelessly to hold politicians accountable for their anti-gun views, and have made great strides in protecting and preserving the Second Amendment.

The Second Amendment Foundation, (SAF), is dedicated to promoting a better understanding about our Constitutional heritage to privately own and possess firearms.  To that end, we carry on many educational and legal action programs designed to better inform the public about the gun control debate.

The purposes and objectives of Firearms Policy Coalition are:

•  To protect and defend the Constitution of the United States.

•   People’s rights, privileges, and immunities deeply rooted in this Nation’s history and tradition.

•   The inalienable, fundamental, and individual right to keep and bear arms.

"If you would like to report a possible civil rights violation, please feel free to send us a message using the form here or call our toll-free Legal Action Hotline at (855) 252-4510. The primary objective of the Hotline and our legal action programs is to find legally-significant issues and bring cases that defend and advance fundamental rights and individual liberty. Because of the time it takes to review complex legal issues, please be cautious if you submit a report regarding or request a review of an issue with a deadline, like a hearing, court date, or statute of limitations. You should continue to seek legal assistance elsewhere while we review your report. Because we have limited resources, we cannot guarantee that we will provide you with legal support, representation, or advice once we have 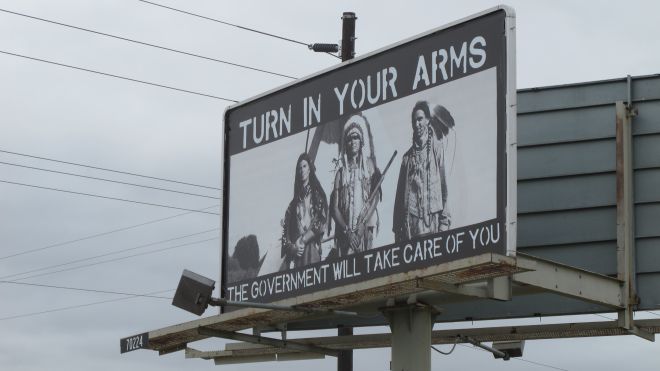 Disarmament of the People

The US Second Amendment guarantees the right of the public to have guns.  This right was given by the founding fathers of the United States.  It specifically states:

"A well regulated Militia, being necessary to the security of a free State, the right of the people to keep and bear Arms, shall not be infringed."

A flagrant threat to the Second Amendment is detailed in a 1961 State Department Memorandum, which explains how the United Nations will oversee "complete disarmament" of the American people under the ruse of preventing war.  You can find this online here under the specific law - Title 22 USC section 2551, which was signed by John F. Kennedy.  What is frightening about it, is the lengths they are prepared to go to in order to achieve this complete disarmament.

Dogma created to turn people against having their own guns promote guns increase crime.  However, dramatized movies depicting many gun battles do not really represent American history.  The American people's history with guns is a good one, and in the past, many adults right down to young lads had guns, yet the majority did not go out and commit violent acts.  It was, however, important for the people to have access to them in order to protect themselves from an outside threat, should the need arise.  Even Sheriffs across the United States are rising up against disarmament.

Jews for the Preservation of Firearms Ownership

Founded by Jews in 1989, JPFO initially aimed at educating the Jewish community about the historical evils that Jews have suffered when they have been disarmed.

He gives some highly compelling arguments in his lecture presentation "The Ten Commandments of Self Defense", which uses the Jewish faith and ancient texts to answer some hard questions on the rights of self-defense.  Below are some quotes from the Torah which he uses to argue for the defense of second amendment rights:

"The Torah says:  If someone comes to kill you, preemptively strike him first."

"If the thief is found tunneling into the house and he is hit and killed, there is no blood guilt."

"One who breaks into a home, whether by day or night, if the homeowner kills him there is no crime."

There are plenty of historical examples to show that government restriction and prevention of firearms can lead to dictatorship and in some extreme cases genocide of its citizens.  We have cited a number of examples below and the JPFO have done up an easy with PDF, which you can download here.

1911:  Turkey established gun control.  From 1915 to 1917, 1.5 million non-combatant Armenians, unable to defend themselves, were rounded up and exterminated.

1929:  The Soviet Union established gun control.  From 1929 to 1953, about 20 million non-combatant “dissidents,” unable to defend themselves, were rounded up and exterminated.

1935:  China established gun control.  From 1948 to 1952, 20 million non-combatant political “dissidents,” unable to defend themselves, were rounded up and exterminated.

1938:  Germany established gun control.  From 1939 to 1945, a total of 13 million non-combatant Jews and others who were unable to defend themselves were rounded up and exterminated.

1956:  Cambodia established gun control.  From 1975 to 1977, one million educated non-combatant people, unable to defend themselves, were rounded up and exterminated.

Defenseless and non-combatant people rounded up and exterminated in the 20th Century:  56 million

You can find a full list of gun laws and policies from around the world which we have included a link to.  We have also included some interesting information on some of the nation's case studies, that are brought up as evidence, every time gun control is argued in the United States. 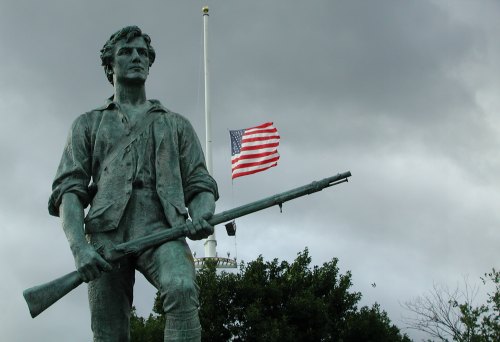 It is estimated that 47% of American adults currently report ownership of a gun.  People who have automatic guns in the United States need to be concerned, because, the so-called Government wants to bring in laws to ban automatics.  You can bury your guns, but make sure the guns are buried in a container that is sealed to ensure no water or moisture gets to them.  Make inquiries into what substance to use for preserving the guns, and bury large amounts of ammunition.  Last but not least, remember where you buried them!  These measures are important because governments have a history of taking liberties away from their people and killing many of them. You may need your guns in the future.  You are not breaking any laws providing you do it before the gun laws come into effect. 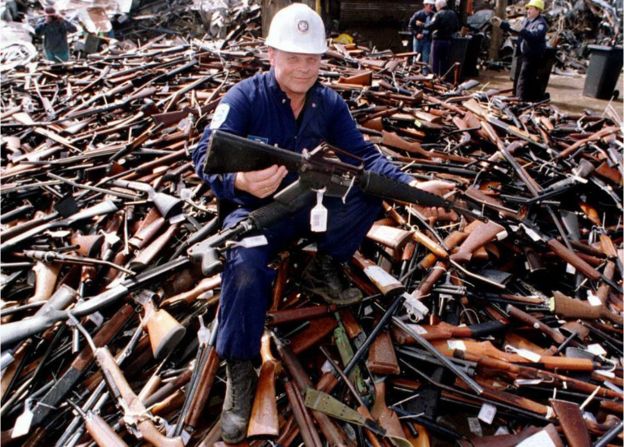 In 1996 the Australian so-called government passed gun-control laws to remove automatic guns and many Australians protested. This change in law happened in a record 12  days with all states agreeing to the proposal after the Port Arthur Massacre.

Although residents were told removing automatic guns would reduce the crime rate, it continues to rise. There was a video that has, unfortunately, been removed, explaining how to effectively bury your guns in Australia.   Hopefully, some people in Australia saw this and buried their guns so they can one day retrieve them if necessary.

The English Bill of Rights in 1689 affirmed, among other things, the right of every Englishman to keep and bear arms.  For more information:  Bill of Rights 1689, from Wikipedia, says:

Since 1920, the UK has been gradually implementing strict regulation of the civilian ownership of firearms through 1920, 1937, 1968, 1988, (amendment), and 1997, (amendment), Firearms Acts.  These enactments have to lead to the outright ban on the ownership of all automatic, and most self-loading, firearms in the UK.  The ownership of breech-loading handguns is also very tightly controlled and effectively limited to those persons who may require such a handgun for the non-routine humane killing of injured or dangerous animals.

If you wish to obtain a gun in the UK, you need to have either a Shotgun Certificate, (SGC), or a Firearm Certificate, (FAC).  Both of these are issued by local police after the applicant has met the required criteria.  These criteria include having no criminal convictions, no medical conditions or disability, including alcohol and drug related conditions, no history of treatment for depression, or any other kind of mental or nervous disorder, or epilepsy.  You need to also provide reasons as to why you require guns, and "self-defence" is not considered an acceptable "good reason" for firearm ownership.

Switzerland has some the world's most lax gun control, however, unlike the United States, it also has incredibly low gun related crime.  The country had one mass shooting in 2001, but a resulting referendum to restrict gun ownership failed to pass.

Switzerland’s gun ownership is rooted in a sense of patriotic duty and national identity.  Weapons are kept at home, because of the long-held belief that enemies could invade tiny Switzerland quickly, so every soldier had to be able to fight his way to his regiment’s assembly point.  Historians believe that Switzerland was at risk of being invaded by Germany during World War II, but was spared.  Germany knew that every Swiss man was armed and trained to shoot.

One of the reasons the crime rate in Switzerland is low is the culture of responsibility and safety that is passed from generation to generation within Swiss society.  Kids learn to sharpshoot and become part of gun groups from the age of 12.  "Social conditions are fundamental in deterring crime,” says Peter Squires, professor of criminology and public policy at the University of Brighton in Great Britain.  He has studied gun violence in different countries and concluded, a “culture of support”, rather than focus on individualism, can deter mass killings. 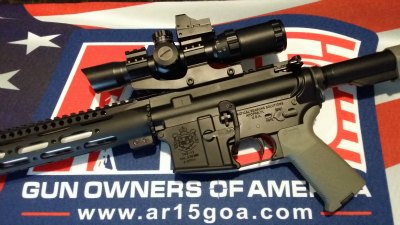 81 Million Illegal Firearms in the EU

Ted Nugent proves a Shotgun is deadler than an AR-15

More in this category: « White History, Music, Wars, Dances and Film Archives White European Racial Pride. What Race Are You ? Update 3 »
back to top