Kim Heller: A Jewish Radical In South Africa Pretends To Speak For Her Fellow White People 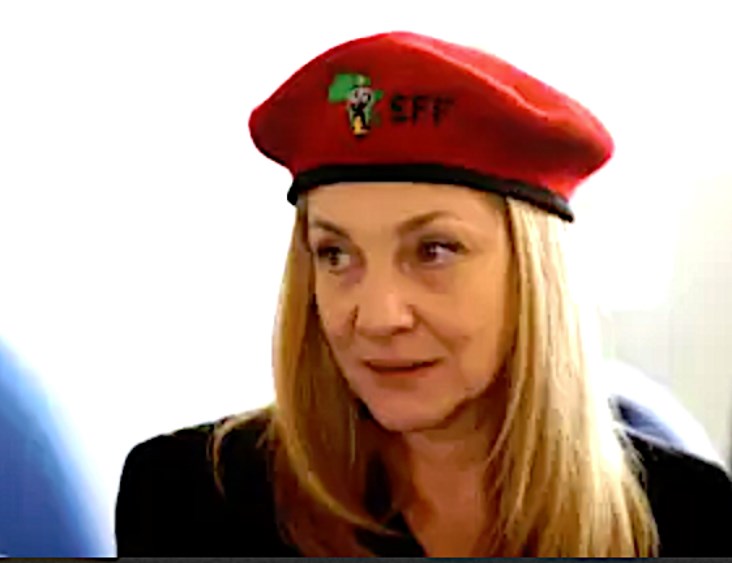 Kim Heller: A Jewish Radical In South Africa Pretends To Speak For Her ‘Fellow White People’

Kim Heller, the radical jewish agitator masquerading as a ‘political consultant’ for the likes of the communist ANC and EFF parties, has recently been repeating her old ploy of pretending to be White while she incites Blacks to steal land without compensation, and at the same time disingenuously urging her “fellow Whites” to accept this theft because it’s the “right thing to do”:

In the crying game of privilege, white tears matter. White tears will fall, with great lavish, when land is taken back from us by the rightful owners.  Despite marathon opportunity to return stolen land to black South Africans, we have failed. Nor do we, as white South Africans, show any resolve to do so.

White South Africans pedestrian-pass black poverty on the fringes of ‘our’ suburbs as if this poverty is not our business. Yet the welts of poverty and inequality in our post-democracy panorama, is the work of apartheid and colonial plunder.

A hand-craft of exploitation by white settlers which imposed a life sentence of poverty on the majority of black South Africans. When our land is expropriated, without compensation, I will not sob, I will support this, without reservation, because we are not the rightful owners of land in South Africa.

Today, in what some call a free South Africa, a real-time game of monopoly continues with white South Africans holding the lion’s share of land and where vast expanses of white wealth and unrelenting sweeps of black poverty defy economic liberation.  On 27 May 2017, in what is probably the keenest expression of radical economic transformation this year, a National Land Imbizo was held in Molofo, Soweto.

The initiative, spearheaded by the Black First, Land First (BLF) Movement and supported by many other black organisations, lucidly voiced how the everyday anguish of black South Africa and the omnipresent poverty and violence in townships, squatter camps and rural villages are the direct product of landlessness.

The President of BLF, Andile Mngxitama said; “The bones of our ancestors are crying out for land.  They are not resting in peace. The bones of Sikhukhune, Shaka, Nyabela, Hintsa, Moshoeshoe, Cetshwayo, Nghunghunyane arecalling for land now!  “The spirit of Bambatha, Sobukwe, Biko, Mantatise, Nzinga, Nehanda, Tsietsi Mashinini, Kgotso Seatlholo cry over the centuries across the African continent for land to be returned!  “It is the land that gives us life and when we die, it’s the land that takes care of our bodies.  Without land we are nothing!  With land we are everything!”

The National Imbizo’s Land Declaration provides a programme of action for the expropriation of land without compensation, on the backbone of black unity beyond party political association.

The Land Declaration notes the lack of remorse of white people for slavery, colonialism, apartheid and land theft and how the comfort and wealth enjoyed by white South Africans today is a direct profit of the oppression, exploitation and land dispossession of the black majority.

The Land Declaration calls on whites to abandon arrogance and cooperate in the return of stolen land.  Mngxitama says whites must meet in their own Land Imbizo, before the end of 2017, to resolve the return of land to its rightful owners.  My dear white South Africans, it is time to return land. Let us heed this call for a white Imbizo on land.

Whether we are company directors, top business executives, CEO’s, ordinary workers, religious leaders, farmers or teachers, employed or unemployed, students or learners, we are all children of privilege. We are all beneficiaries of a loyalty club dating back to 1652, which rewards us daily, at the expense of our “fellow” black South Africans.

Mngxitama says ‘the biggest and most evil corruption is land theft –this is the mother of all corruption!’ and that we ‘cannot heal if the land is not returned’.

It is a crying shame that we as white South Africans sprint with great enthusiasm to protest marches on alleged state corruption, yet appear totally motionless on land theft.

The Rainbow Nation and its artificially sweetened wand of social cohesion and reconciliation has harmed, not healed us for it has dulled the call for land expropriation.

The Rainbow Nation has long gone into overtime and it is time for us, as white South Africans to discover our moral compass and to step forward, in a collective burst of ethical consciousness to facilitate the return of land which was taken by our fore-fathers not through facilitation, but through force, coercion and trickery.

Land return and economic liberation does not need the consent of white people and so the fact that black South Africans are still allowing us to even discuss the return land is a sign of their humanity not ours.  Let us find our moral compass and return the land.  The return of stolen land, will free us all.

Apparently, even some Blacks on her Twitter feed aren’t fooled by her racial shell game, with one noting, “Kim Heller you are not white, if you are, I doubt you were raised in SA.”  Now that Jews have helped destroy White South Africa, tens of thousands of them have left since the fall of Apartheid, and many more have their bags packed and are ready to take flight when the violence they’ve incited among the Blacks really starts escalating with the help of Kim Heller and her “former” Black clients, like Julius Malema and Andile Mngxitama.  If some Blacks aren’t fooled by Heller’s game, why are so many Whites in denial that this is happening?

It has always been an essential part of jewish political strategy of pretending to be “White” so that they can speak for “Whites” and undermine them at the same time.  Privately, very few Jews, if any, truly believe they are White, and all genetic studies prove that they are not, in fact, of White European stock, but they have the ability to pass as White, which gives them enormous power to manipulate the political landscape.  The real White people in South Africa need to call out Jews like Kim Heller on this deception and start insisting that they do not speak for Whites any longer because they have proven over and over that their real interests are anything but White.

Read about the role of jewish bankers in the assassination of SA’s greatest Prime Minister, Hendrik Verwoerd:

The articles below from the above article 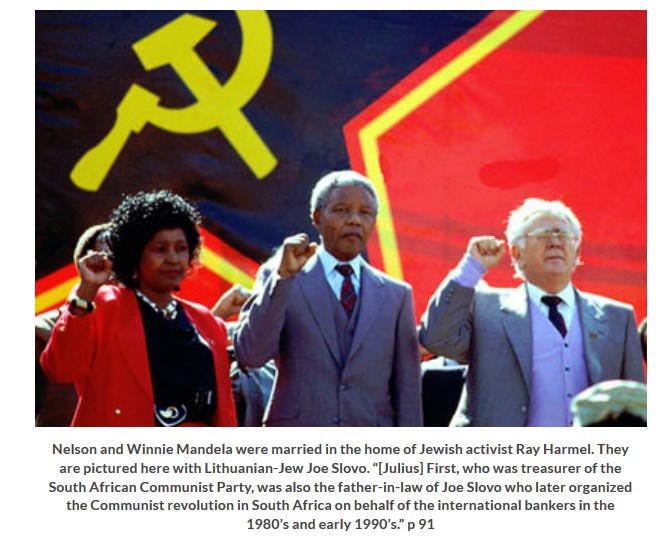 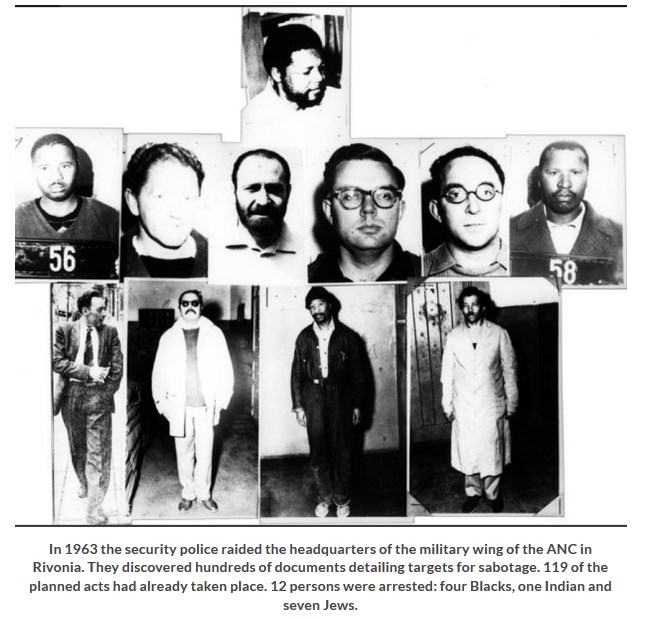 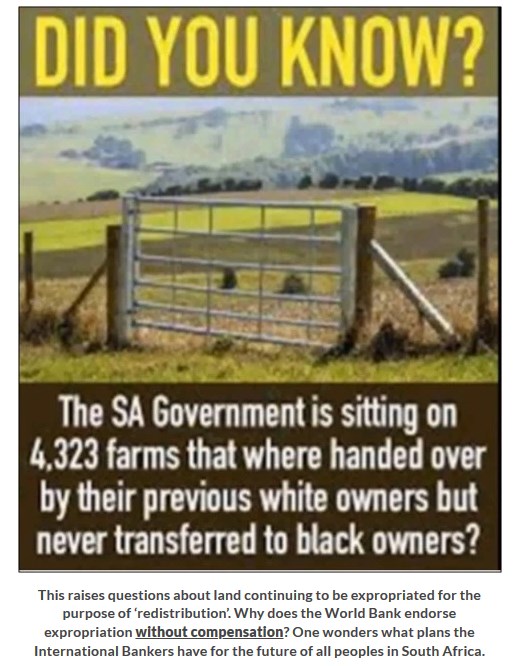 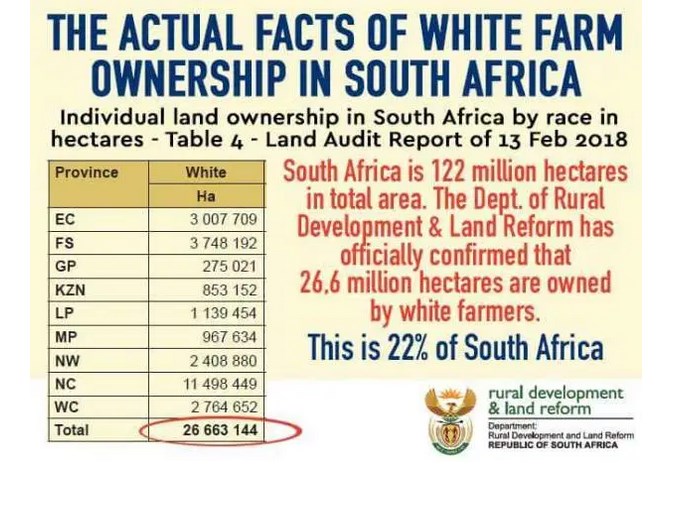