Algeria - Introduction to History and Customs 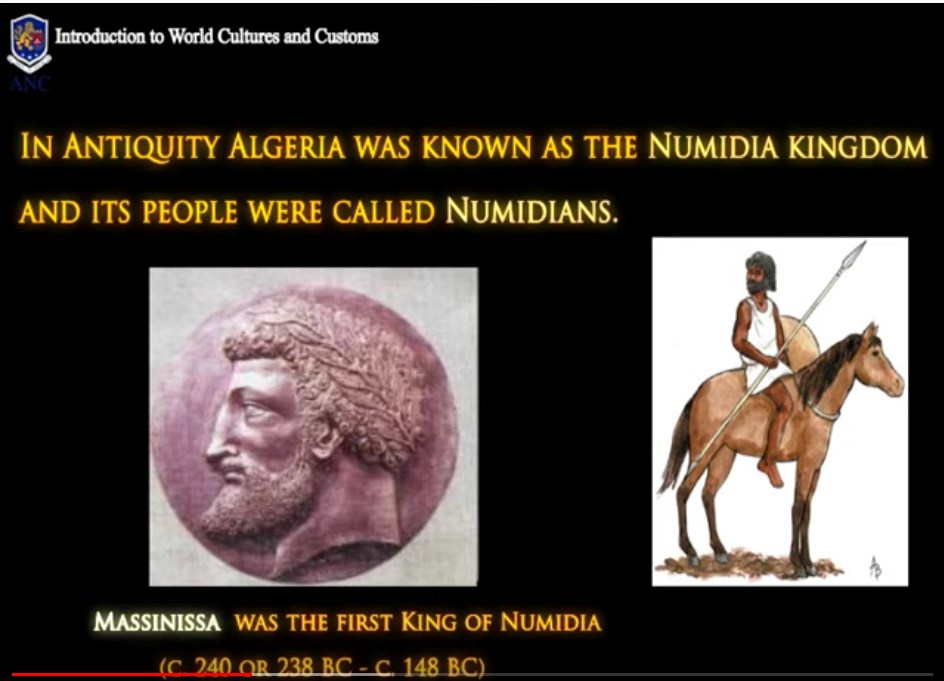 In Antiquity Algeria was known as the Numidia Kingdom and its people called Numidians.

Algeria means 'Alger area'. He was the man that founded & settled that area in the 5th century B.C. during the time of the prophet Malachi.  That's why so many areas there are named after him "Alger". He had been a captive in ancient Babylon & was freed when the Persians conquered the Babylonian empire. After being freed from captivity he journeyed back to Jerusalem & from there gathered many family members & people & left to settle the area you call Alger'ia. He was from the tribe of Dan, The House of Isaac, House of Israel, tribe of the ship builders.. Now you actually know where the name Alger'ia comes from.. He was my ancestor, I am one of his descendants.

Algeria
Algeria, officially the People's Democratic Republic of Algeria, is a country in the Maghreb region of North Africa, The capital and most populous city is Algiers, located in the far north of the country on the Mediterranean coast.Wikipedia
Capital:Algiers
Religion:Islam
Demonym:Algerian
Genetics of Egypt, Morocco , Algeria and More!
21/12/2019
Read 4133 times Last modified on Monday, 17 May 2021 04:04
Tagged under
back to top