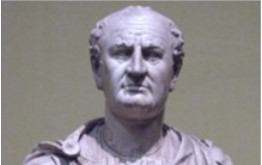 Vespasian: mule breeder to Roman Emperor, what a magnificent tale.

"The Roman Empire was one of the greatest and most influential civilizations in world history. It began in the city of Rome in 753 BC and lasted for well over 1000 years. During that time Rome grew to rule much of Europe, Western Asia, and Northern Africa."

The Roman Empire's thinking was nationalist, and they promoted, free food for the poor, and free games for all.

One of the greatest leaders of the Roman Empire was a former mule breeder, he was from the working class, and he rose to the top to accurately one of the greatest Roman Emperors in history. His name was Titus Flavius Vespasianus. 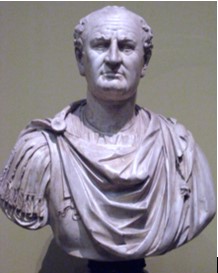 This man has achieved many great feats, including erecting the colosseum.

elaustraliano 2 years ago (edited)
Vespasian was not corrupt. He chose not to enrich himself by public office, unlike many of his contemporaries and, dare I say say, many of today's politicians and military brass. No wonder they dedicated a theatre to his memory!

Andy Bis 2 years ago
love this show. Very interesting person, vespasian is probably one of the greatest Roman emperors

Battlefield Dogs Airsoft 1 year ago
The soldiers are the re-enactment group called the ermine street guard. They are brilliant.

Richard Cleveland 4 months ago
Fascinating; really well done. I'm re-reading Robert Graves - finished "I, Claudius" a couple of days ago and am now into "Claudius the God," probably the two best fictional works about the early Roman empire. Unfortunately, only Vespasian's son Titus was worthy of succeeding him - Domitian was a throwback to the worst of the Julio-Claudians - but, then, it led to the Five Good Emperors. Thanks for the work that went into this film.

DoomDriver32 1 year ago
Great document never knew Vespasian built the colosseum or maybe I did but I wasn't paying attention in history class :D
Read 1400 times Last modified on Sunday, 02 October 2022 02:25
Tagged under
back to top