This article embraces the remembrance of some truly famous historical figures of European origin. 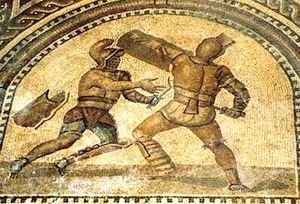 Colosseum - A Gladiator's Story
This is a dramatized documentary produced by the BBC which tells the story of Verus an immortalized gladiator who fought on the opening day of the Flavian Amphitheatre (now known as the Colosseum).  The battle between Verus and Priscus has been remembered through time due to a famous poem depicting the battle which finished with the Emperor declaring them both victors and free men.

Priscus vs Verus Poem by Martial 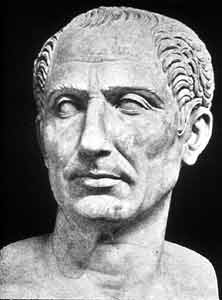 Julius Caesar
History shows that while he was a military genius, Caesar was not merely a conqueror and destroyer he was also a builder and a visionary statesman, the likes of which the world rarely gets to see.

Caesar brought back order to a realm in civil unrest and began measures to reduce congestion in Rome.  Other acts he fulfilled included full voting rights to the inhabitants of his former province South of the Alps, revised the tax laws of Asia and Sicily as well as resettling many Romans into new homes in the Roman provinces.  He is also famous for his reformation of the calendar, which with one minor adjustment is the one we still use today.

Caesar's policy, combined with his generosity in granting citizenship to individuals and communities successfully rejuvenated both the Roman legions and the Roman governing class.  He was generous and pardoned many of his senatorial enemies, however, he was still unable to win these individuals over.  Many of his enemies feared he would claim the title of king and these fears were confirmed as Cleopatra, with her son Caesarion, was brought to Rome. While he was never given the title of 'king.' he did convince the senate to proclaim him dictator for life, meaning he was a king in all but title. 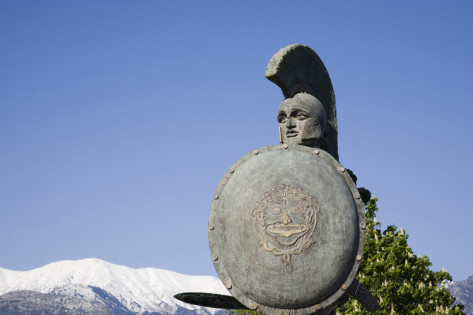 King Leonidas is most famous for his leadership in the battle of Thermopylae, an infamous battle that has been used by writers and poets alike as a strong example of a patriotic few defending its native soil.  It shows that a strong few with courage can defeat even the largest of foes which were seen when King Leonidas with his 300 warriors took a final stand against the might of the Persian empire.

Am I the only one thinking that the main reason the Spartan male population dwindled was because all the women became so wealthy that they were simply not having enough kids? And the kids they were having lived in perpetual war, so of course they'd die frequently. And the men of the Gerousia were men from the wealthy families, and all the wealthy families were controlled by matriarchs, so none of them dared to overstep that boundry. So Sparta went from having a fighting Spartan male population of 28 thousand to only one thousand over the course of time, because that's just what happens when the people supposed to be carrying the babies are too worried about amassing more wealth and preserving it, and about keeping their way less wealthy husbands on a short leash.