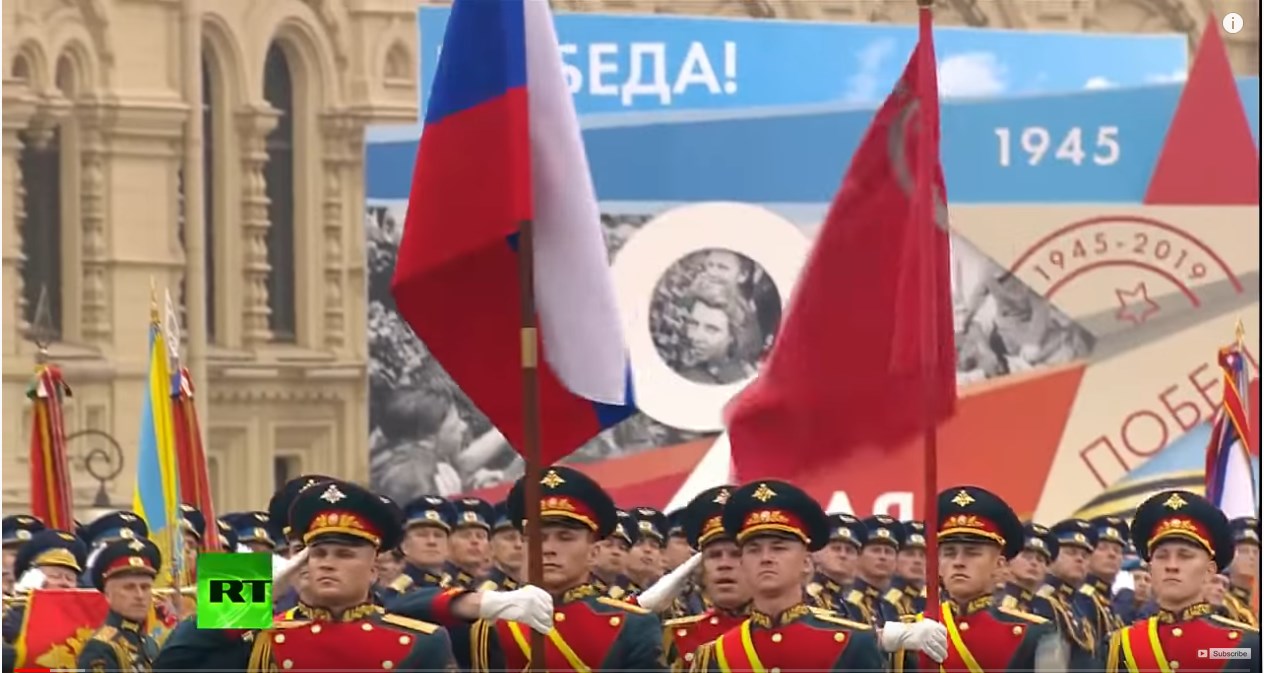 Victory Day parade kicks off on the Red Square, marking the 74th anniversary of the end of the World War II. More than 13,600 servicemen, 130 pieces of military equipment are expected to take part in the Moscow Victory Day military parade. Hundreds of commemorative events to be held in Russia and around the globe to mark the anniversary of the official capitulation of Nazi Germany to the Soviet forces in 1945.

Many people all over the world are supporting Russia today because they have the best leader leading them. Putin will go down in history as one of the greatest leader of the twenty first century. He is tough when he needs to be but a peacemaker at heart.. "Blessed are the peacemakers for they shall inherit the earth" Holy Bible.

medet kuatov 2 weeks ago
My grandfather be in red army ! And his say: We love peace !!! We love all country's !!! We don't need war!!! But if you won't, we can give it you him ..... С любовью и уважением от вечного союзника Казахстана! С днём победы нас !!! Урааааааа!

Mikki 5 months ago
From Ireland. So impressive! The great defense against U.S and UK supported world terror. Magnificent Russian forces!